The Longest Travel Day Ever

When my time in Southeast Asia was over, I boarded a plane back to Germany for a much needed two week break in my round the world trip. I spent those two weeks mostly relaxing and spending time with Andy. We went to the Christmas markets where we enjoyed funnel cakes, glüwein, and something that translates to nun farts. Not a lot to report, but I had fun and recharged my mental batteries. It was also a good opportunity to readjust the contents of my backpack. 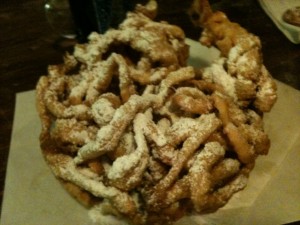 Since the trip back to Germany wasn’t planned ahead of time, I had to get back to Saigon to make my flight to Melbourne. I was in for an extremely long travel day. Or days really. Andy and I had our teary good-bye at the train station in Freiburg early in the morning, and I began my journey up to the Frankfurt airport.

Once there, I checked into my flight on Etihad Airlines, where the ticket agent refused to let me take my luggage as carry-on. They have a strict weight limit for carry-on, and even though I was traveling light, my bags exceeded their 10kg requirement. I had three flights to make it to Saigon, so this made me a little nervous about my bag actually making it there, but there was nothing I could do about it.

My first two flights took me from Frankfurt to Abu Dahbi and then to Bangkok. In Bangkok, I had to check in again since I was switching airlines. The ticket agent asked for my Vietnam visa, which I did not have since I had no intention of leaving the airport. I don’t know why I didn’t think about it, but she pointed out that, without a visa, I wouldn’t be able to get to baggage claim. Normally while in transit, checked bags would automatically be transferred to the next flight, but I had two separate itineraries. A slight panic set in as she told me she would have to call someone to see about having my bag re-tagged so it would get to my fourth flight. I checked back with her a few times over the course of my four hour layover, in between naps on airport chairs, and eventually she assured me the bag would get on the flight to Melbourne. I feared I would never see my blue backpack again.

Due to my gold status with Delta, I thought I was going to have access to the Vietnam Airlines lounge, but I was wrong. I needed a first class ticket to get in. I had an eight hour layover to endure in an airport that was greatly lacking in things to do. I searched for a store selling ear buds since mine stopped working on the flight from Bangkok to Saigon, but no luck. I bought a soda, and the zipper on my purse broke off. Obviously things were not going well for me. Eventually I just napped on airport chairs, and I ate dinner with my free voucher from Vietnam Airlines. 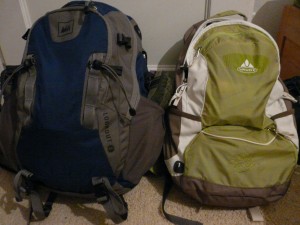 When it was finally time to go to my gate, I was stopped by an employee doing bag checks before we were allowed into the gate area. He wouldn’t let me take my bottle of water, even though I obviously purchased it after going through security. I argued with him about it, which he did not appreciate. I believe his exact words were “please cooperate” so I walked away before I accidentally said anything I would regret.

Water gone, I returned a little while later, had my bag searched while the lady next to me was allowed in with large wooden sticks that could definitely injure someone, and went downstairs to the gate area. There were duty free shops selling alcohol but no water. One of the employees told me the Australia government doesn’t allow passengers to bring liquids larger than 100ml onto a plane. I think perhaps they have misinterpreted the rule. (The duty free liquor was allowed only because it gets put in a sealed plastic bag.)

At this point, I broke down. I was exhausted, I was upset about not being allowed to bring water on an eight hour flight, and I ended up making an expensive call to Andy to make myself feel better. They ended up giving us a bottle of water on the flight, but my mental state was already too far gone.

The flight wasn’t so bad, although the interior of the plane was in desperate need of an upgrade. The bathroom mirror was held up with tape, and there was actually an ashtray in the bathroom. When was the last time smoking was even allowed on a plane? Vietnam Airlines is a decent enough airline to be part of SkyTeam so they’re totally safe, but I found details such as the bathroom ashtray highly amusing.

After four flights, two of which were overnight flights, and very little sleep, I finally arrived in Melbourne. And luckily so did my baggage. It took me 43 hours to get from our apartment in Freiburg to the hostel in Melbourne. I was almost delirious. However, this extreme exhaustion meant that I slept from 2pm to midnight, and then again from 4am to 8am, and I escaped jet lag. As much as I enjoyed that benefit, I hope to never be in transit for that long again. It was torture, but worth it to spend those two weeks with Andy.

Sign Up
How Much I Spent in Southeast Asia for Two Months Can You See Too Much?