I checked into Funkhouse Backpackers in Sydney late in the afternoon. It was an interesting hostel, to say the least. Every inch of every hallway and door was painted in bright, fun colors, each door with a different icon on it. For example, the bathrooms on my floor had He-Man and She-Ra on them to indicate male and female.

I was disappointed to find out that this hostel did not provide towels, not even for a fee. This meant for my final days of travel I had to go buy a towel, which clearly I would not be bringing home with me. There was also the added bonus of the new towel fuzzies since I couldn’t pre-wash it. But you just go with the flow when you’re on the road, it’s all part of the journey.

Wandering in Sydney and Seeing the Opera House

After purchasing the cheapest towel I could find, I walked through a neighborhood I could picture myself living in and eventually made my way to the recommended look-out spot to take pictures of the Opera House and Bridge. I didn’t plan it, but I ended up getting there just in time for sunset and wound up with some great pictures. I walked back to the hostel with bats flying overhead as my company.

My first full day in Sydney I spent wandering around, soaking up as much of the city as I could. I walked a TON. I’m not sure how many miles I clocked, but I was on my feet walking at varying paces for about 7 hours that day. I did decide to take a break and ride a commuter ferry (the tourist ones were 3 or 4 times the price, but all I wanted was a boat ride) from the Circular Quay to Manly and back. It made for a relaxing end to the afternoon. 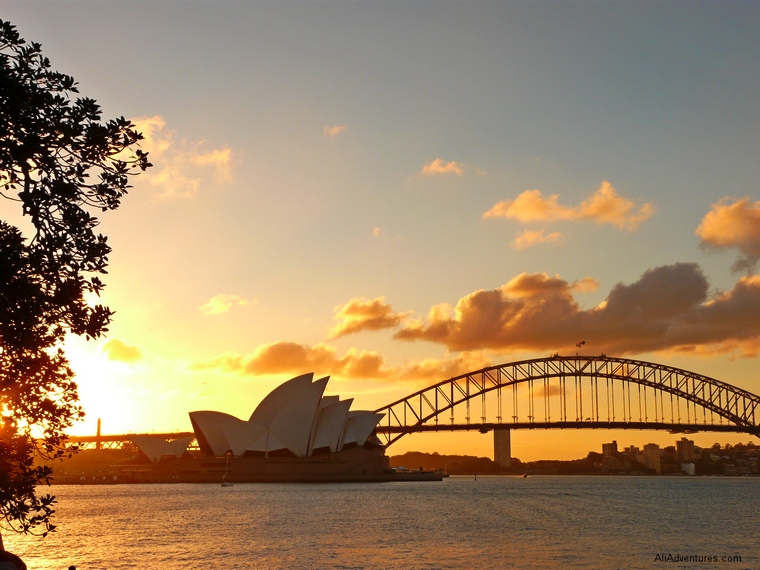 On my last day in Sydney before going home, I had signed up for a tour to the Blue Mountains, about 2 hours outside of the city. While the scenery was gorgeous, this tour was so lacking in comparison with the Uncle Brian’s rain forest tour I took in Cairns. The tour guide didn’t seem to care too much about being there and didn’t provide too much information. It felt more like having a driver instead of a guide. But at least I got some more good pictures. 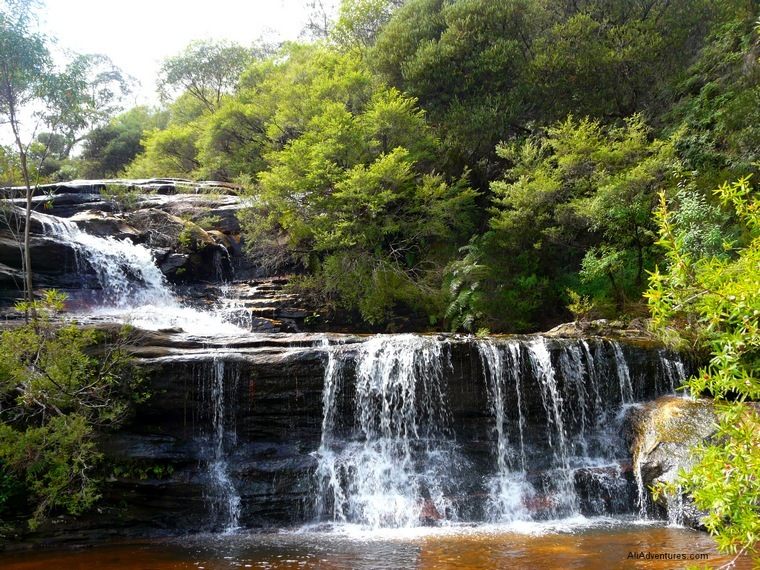 The End of the Trip

That day thoughts of work and returning home also started creeping back into my mind, and it actually put me in a bad mood. I know most people would rather stay on vacation than go back to work, but it’s much deeper than that for me. Like traveling is just where I belong.

It was more than not wanting to leave Australia (though I did love Australia), it was something I still can’t quite describe, this deep need I have to see the world, as much as possible, as often as possible.

But responsibilities, my job, my mortgage and other bills called me back.

I set two alarms for the next day because daylight savings time was ending that night, and I wasn’t sure if my phone was going to adjust itself or not. I still somehow managed to screw up the clock on my phone, in addition to my regular alarm clock not working, and I miraculously woke up 15 minutes before the shuttle was to arrive to take me to the airport.

Subconscious mistake on my part? Who knows.

I made it on the shuttle and to my flight with no more than a strange look from the ticketing agent who seemed to want to question me about the size and/or weight of my carry-on backpack, but he was too slow.

The need to travel

I’ve been home now for 3 weeks. I enjoy having my own bed and my own home comforts. I like not having to wear shower shoes, and it’s great to have my hairdryer. But in the grand scheme of things, I would gladly give all that up to hit the road again.

I already have the next 3-4 trips loosely planned in my head. The thrill of the unknown, exploring new places, meeting new people, tasting new foods, the person I become when I travel, the confidence I gain with each new adventure… It’s a wonderful high, an addiction I have no intention of ever breaking free from.