Amanda and I looked at each other, concerned because the only other vehicle near us was a motorcycle. Our cab driver stopped as we looked back and confirmed that he did in fact hit the motorcycle. We were stopped in the middle of an exit ramp, motorcycle laying on the ground, listening to the (uninjured) motorcyclist and the cab driver yelling at each other in Spanish.

Having never been in a situation like this, we weren’t sure what we were supposed to do. As soon as I knew the man on the motorcycle wasn’t injured, my focus shifted. The meter was still running, and we were on a tight schedule. After a few minutes (and a few more Argentine pesos) Amanda asked the cab driver, “Debemos encontrar otro paseo?” Should we find another ride? No, he insisted we would be on our way momentarily. The two men continued to yell at each other as they paced along the exit ramp, looking like they might start throwing punches at any moment. 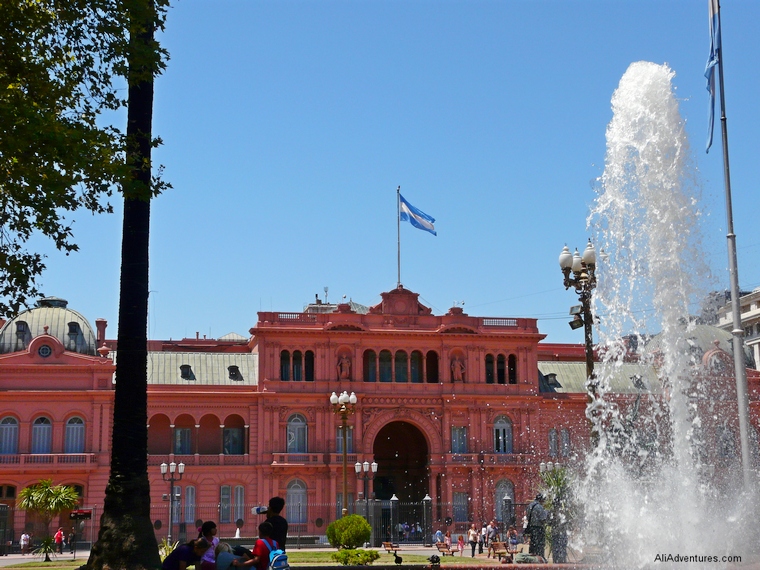 A little more waiting, a few more pesos on the meter, and we decided we waited long enough. Amanda told the driver we thought it would be best for us to find another ride, we grabbed our bags and got out of the car. The driver seemed a little angry, probably because he wasn’t getting any money out of us, but that wasn’t our concern. We had just gotten off a flight from Iguazu Falls and were headed back to our hotel in Buenos Aires for a quick dinner before Amanda had to get to the international Buenos Aires airport for her flight back to Atlanta. We didn’t have time to wait for the motorcycle crash situation to get resolved.

Suddenly we realized we were standing on the side of the road on an exit ramp, not quite close enough to the city to start walking (at least we hoped we wouldn’t have to do that) and hoping we could find another cab. Trying to hail a cab on an exit ramp is not ideal. Cab after cab passed us by, but they were already occupied. Finally an empty cab saw us and pulled over.

“Tus ojos!” he kept saying to me. Basically he saw the look in my eyes when he was driving by, and even though he was off duty and on his way home to see his wife and newborn baby, he knew he had to help. At this point the adrenaline started wearing off a little, we calmed down, and we were finally able to laugh about the crazy situation. I usually like to plan out the major details of a trip, but you can’t plan things like this. What started out as a typical taxi ride from the airport turned into quite a stressful and comical ordeal.