Should We Expect People in Other Countries to Speak English?

I started thinking about this issue in Koh Samui while we were staying at a resort. Andy and I went to dinner one night, ordered satay and asked if it came with rice. Our waitress was a little confused at first, but after a couple of tries, she said yes. Of course, when our food arrived, there was no rice. She didn’t understand us at all when we asked about it, so Andy spoke to the manager, explained the situation, and eventually we got our steamed rice.

We were staying at a resort clearly encouraging guests to stay on the property by offering beach access and a pool and a restaurant that served complimentary breakfast as well as a lunch/dinner menu entirely in English, not to mention the location was prohibitive for further exploring. The manager who checked us in at the front desk spoke decent English, but none of the restaurant employees seemed able to handle us doing anything beyond pointing at items on the menu. Other guests we spoke to, from non-English speaking countries, were also frustrated with the situation. 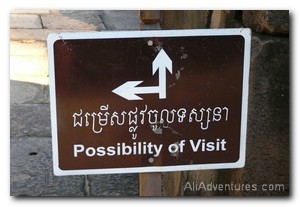 English has become the universal language of travel and business. It’s a common ground for people who don’t share a first language. It’s one of the six official languages of the United Nations, and more people speak it as a first or second language than any other language in the world.

It happens to be my native language. However, travelers we meet from other countries will also switch to English since it’s more widely spoken than German or Russian or Norwegian or whatever their native language might be.

I never travel to a non-English speaking country expecting fluent English from everyone I encounter. However, I do expect people who are in contact with tourists as part of their job to have a basic grasp of English. A handful of words and phrases that pertain to their job is sufficient.

I also live in Germany and I often have to use German instead of English. It’s wonderful that I’ve been able to find English-speaking doctors, but I always attempt German anywhere else. I’m in their country, and I do think it’s important to learn as much of the language as I can since this is my home now.

Andy and I are pretty good at working around language barriers and dealing with people who don’t speak English. If we’re in Italy, Andy’s Italian is good enough for simple things like directions or food. If we’re in Spain, my Spanish is good enough to handle basic conversations. While in Portugal, we tried bits of Spanish and Italian and it was close enough that people understood us. 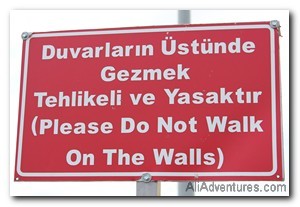 We’ve also done all kinds of silly things to get our point across. In Izmir, Andy drew a castle for a taxi driver who didn’t understand where we wanted to go, and in Krabi he drew fish, a big crab and a river. He also once mimed wiping his ass when we were in Barcelona and I couldn’t remember the word for toilet paper. (Alcohol may have been involved.) In Portugal, he flapped his arms like a chicken and made mooing noises when he was trying to figure out what kind of meat was in some food we wanted to buy. (Ok, so maybe Andy has done lots of silly things, and I stand next to him and laugh.)

It all adds to the fun of travel. It also reminds me that language isn’t everything in communication. Body language, charades and the occasional drawing can go a long way in exchanging ideas and information with people.

I doubt anyone would ever travel to the US (or most other English speaking countries for that matter) and expect the hotel staff to speak anything other than English. My hairdresser in Freiburg is going to Florida with her family this summer, so she wants to practice her English with me, instead of my normal struggle with German. She does not expect people in the Everglades to speak a single word of German. 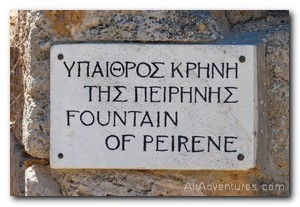 Is it a double standard? Is it unreasonable to expect a waitress at a resort in Thailand to understand the word “rice”? How much of a foreign language is reasonable to learn before traveling to a foreign country? Should we expect people in other countries to speak English?

Sign Up
Discovering Delicious Food in Ao Nang, Thailand How Much We Spent Traveling in Thailand