While it’s impossible to see all a city has to offer in just three short days, Andy and I did see quite a bit. Hamburg seemed like a really fun city, and we noticed it has a more distinct German vibe than Berlin does. The weather was cold, windy and overcast the weekend we were there, but we pretty much expected that for November and we dealt with it as best we could. Here’s a summary of our weekend in Germany’s second largest city, of course with lots of photos.

Outdoor markets are a fun way to spend an hour, and often they’re a good way to learn a little about the local culture. The food and goods sold are almost all locally grown and produced and fit the desires of the people shopping there. Hamburg’s Isemarkt has a unique location underneath the elevated U-bahn train tracks and runs between the Hoheluft and Eppendorfer Baum stops of the U3 line. It’s open on Tuesdays and Fridays from 8:30am to 2pm. 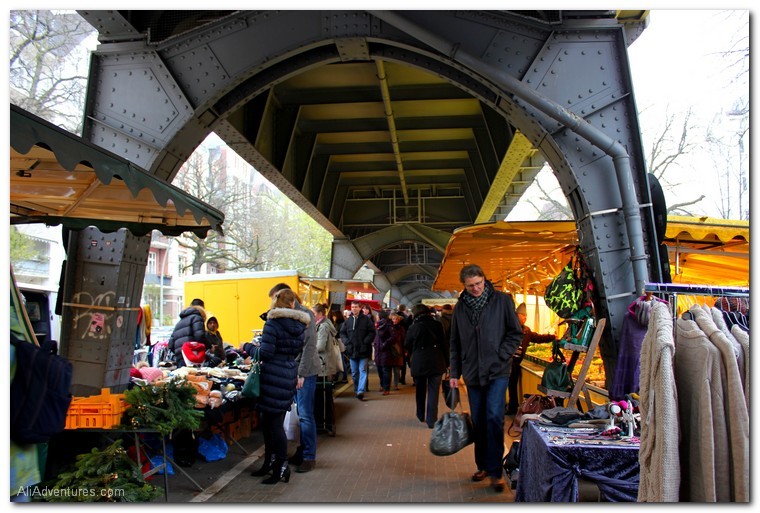 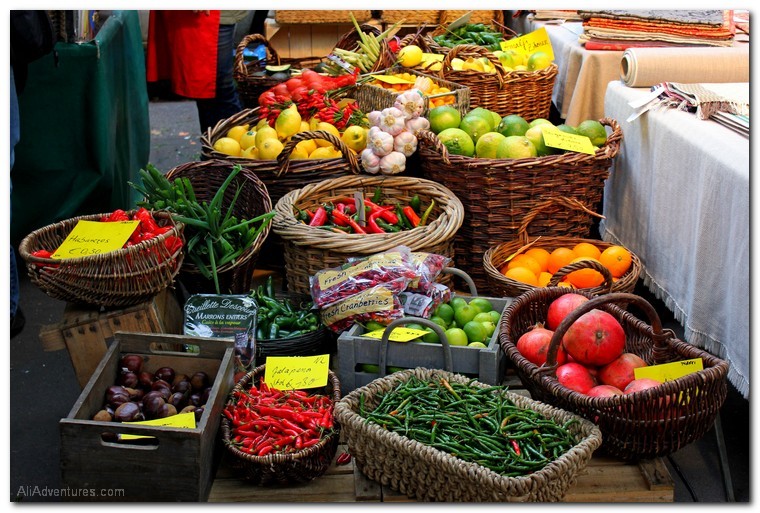 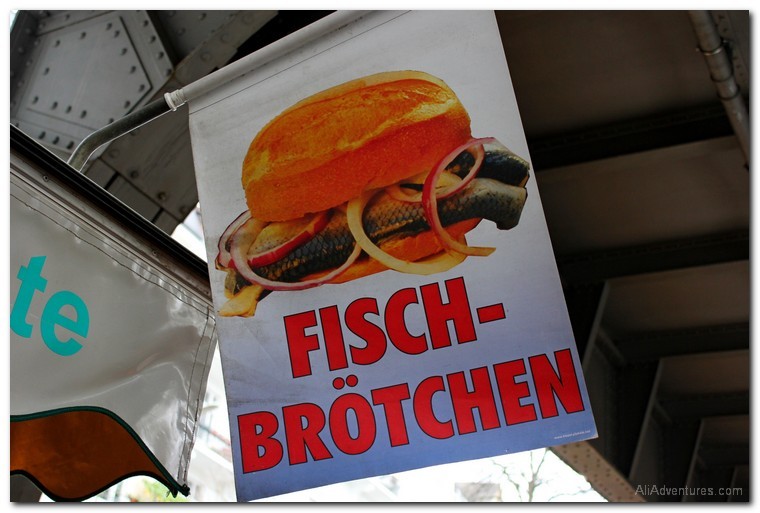 After lunch we wandered through the center of town and saw the elaborate Rathaus, or city hall. It sits on the city’s main square where they were already starting to set up a Christmas market in mid November. 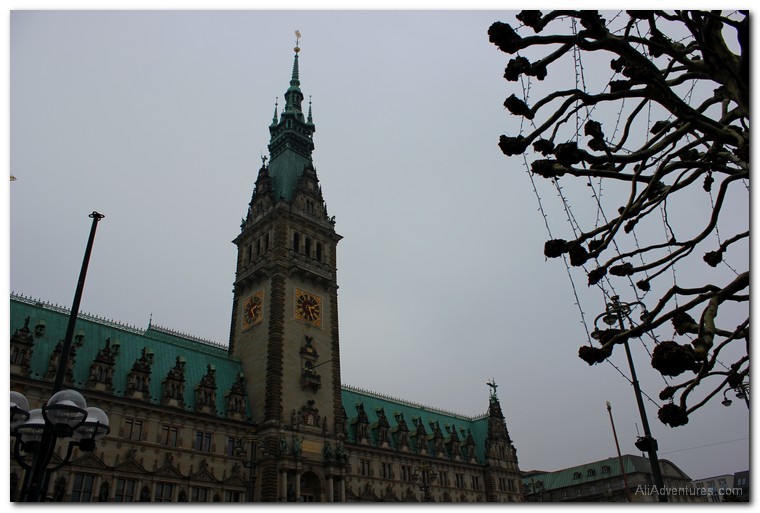 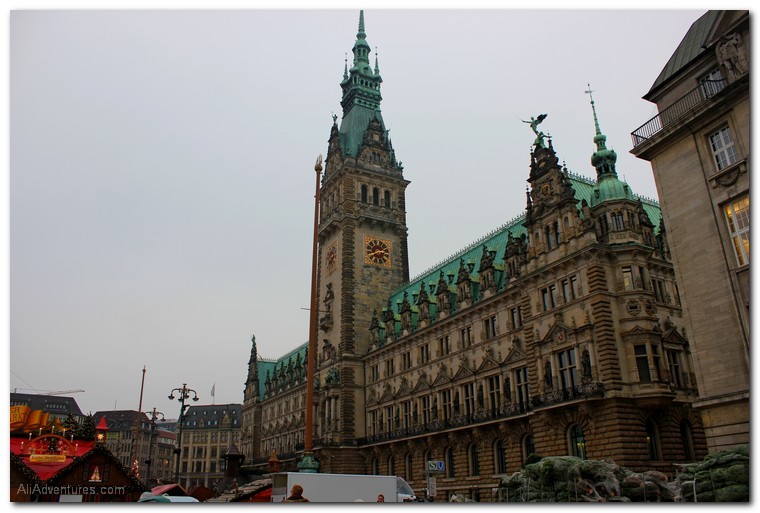 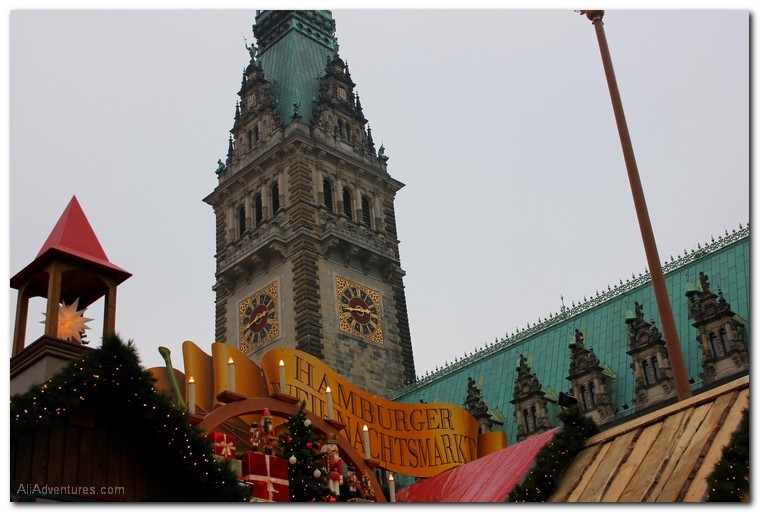 Speicherstadt is Hamburg’s warehouse district. It was built in the late 1800s and is still the world’s largest single warehouse complex. Goods are still stored in many of the buildings, though some buildings now house museums. We walked through this area twice to see it in different light, and I imagine it would be fun to take a boat tour of the canals during the summer. 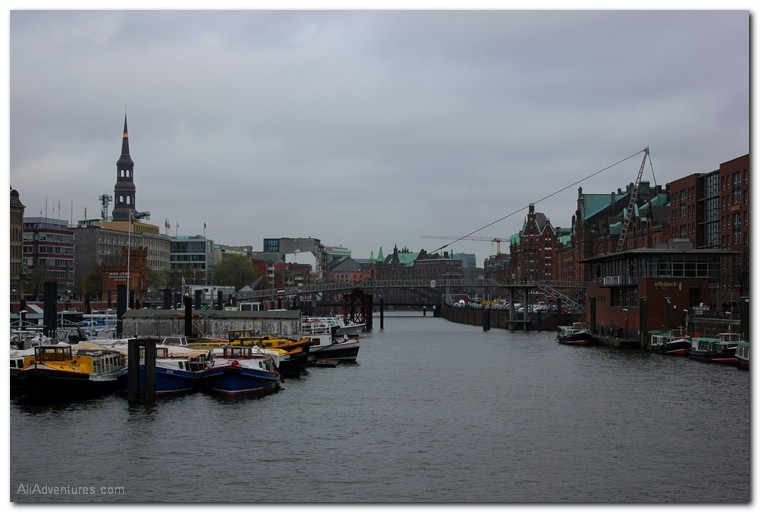 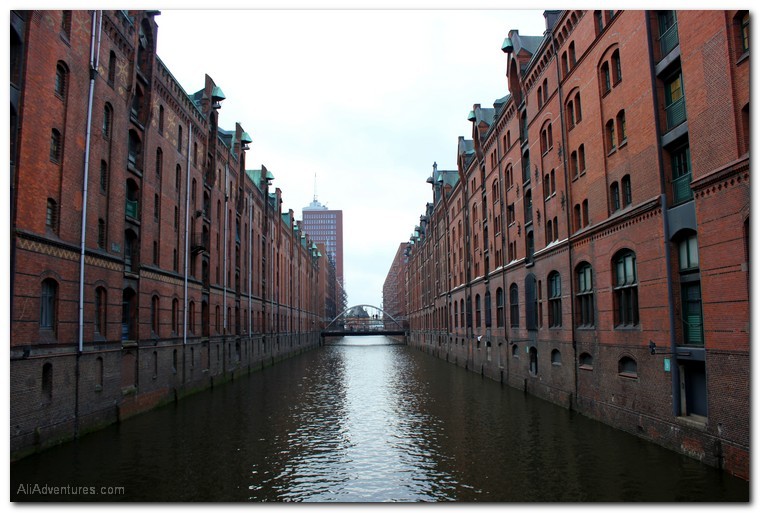 I never thought I’d enjoy a museum of model trains as much as I enjoyed Miniatur Wunderland. There is so much more to it than just trains, and all the little details that went into the cities, villages and the airport were fascinating. Even if this had been the only thing we did in Hamburg, I would’ve been happy. 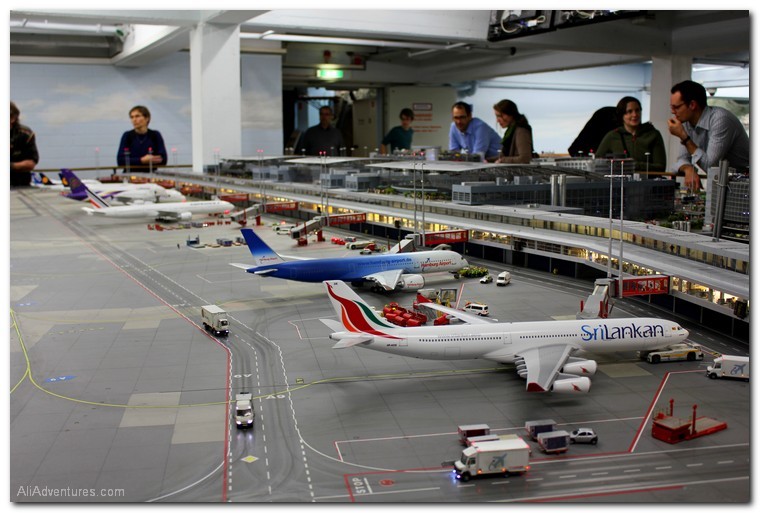 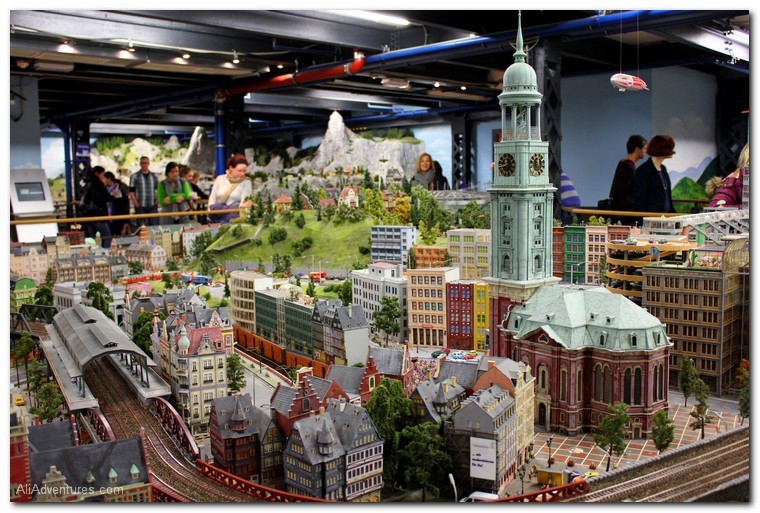 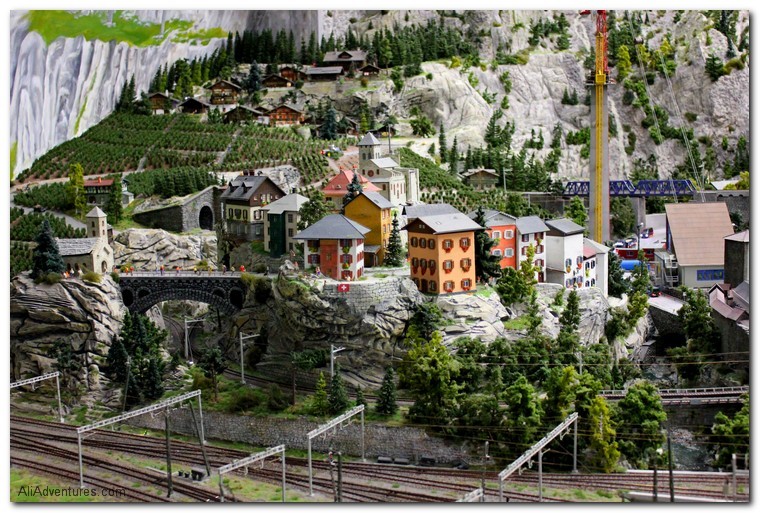 The other museum we went to in Speicherstadt was the Spicy’s Spice Museum. There were descriptions of the many variety of chili peppers as well as a map showing their origin and how they spread throughout the world. There were also many displays about where different spices came from, routes of the spice trade, and samples of spices we could smell and touch. Not exactly the most exciting museum, but it was interesting to wander through for a half hour or so. 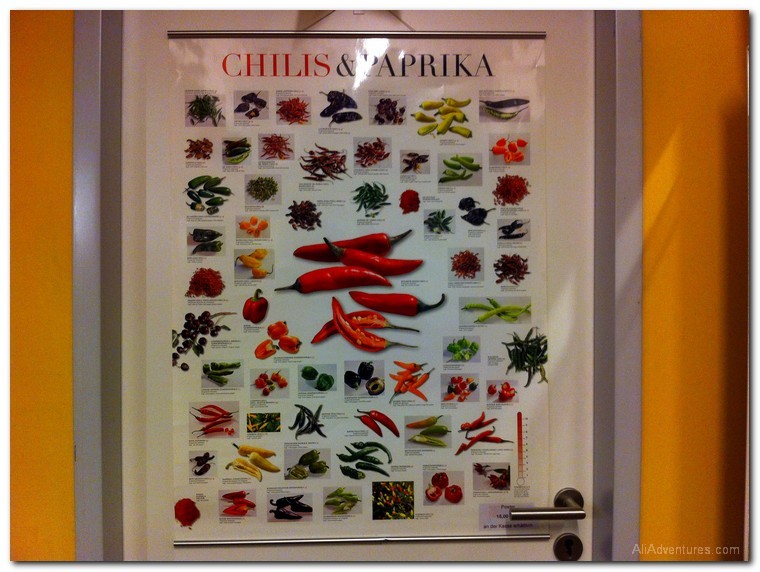 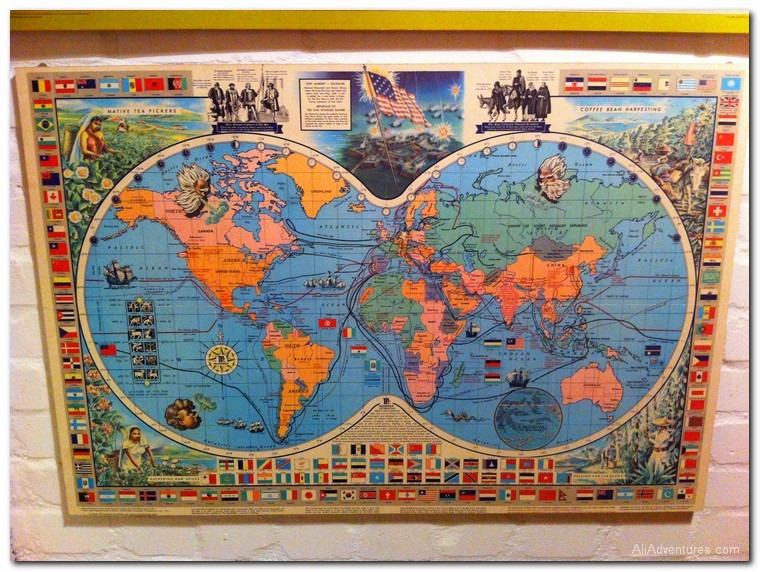 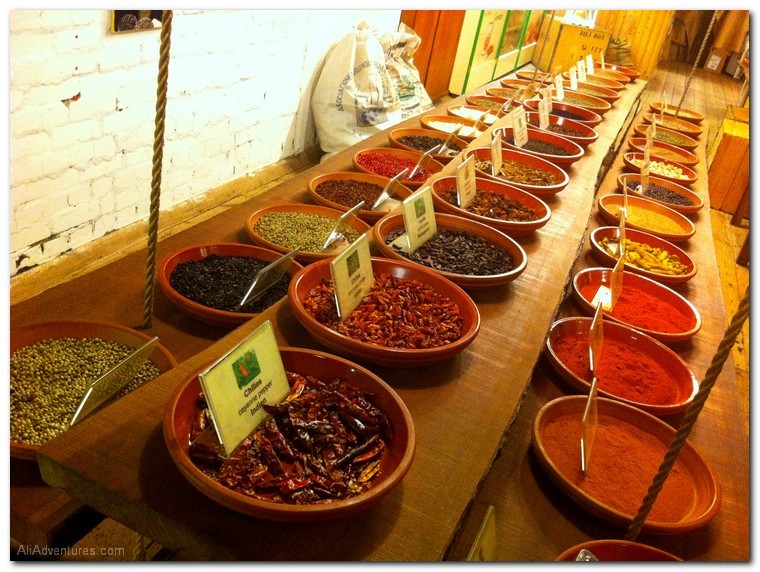 The perfect place to go for views of Hamburg is St. Michael’s Cathedral. I wish the weather had been better when we were there, but it was still nice to look out at the city and the harbor from the top of the bell tower. 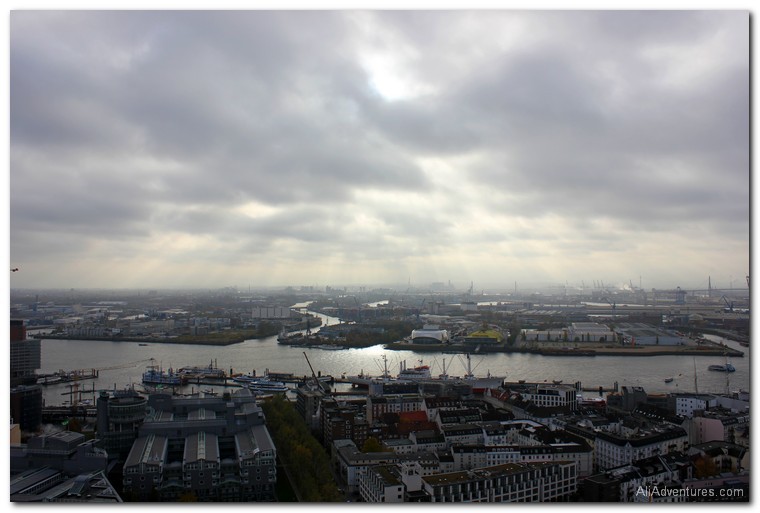 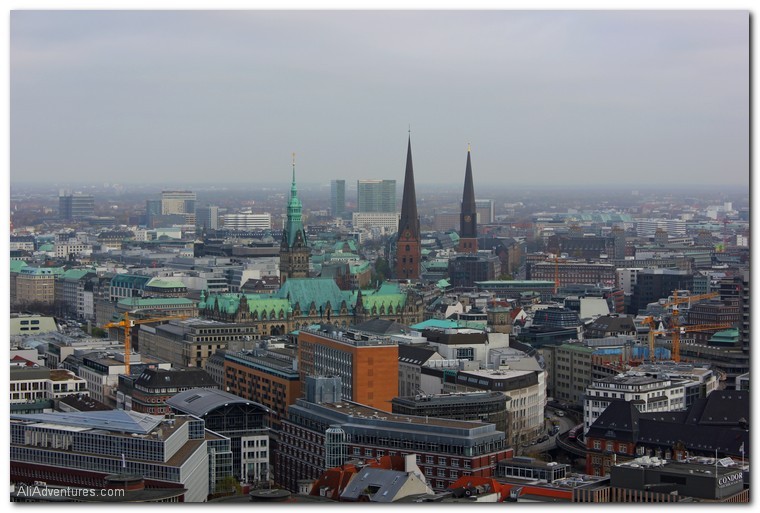 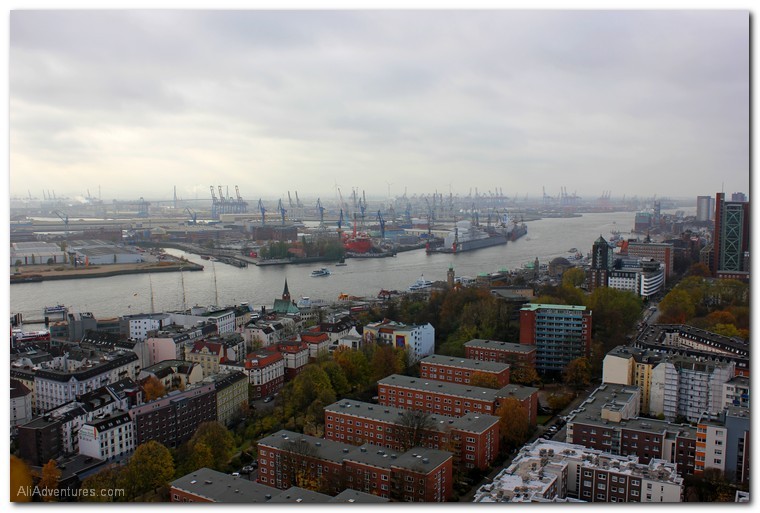 The harbor is a major part of Hamburg’s history and culture. It’s been an important port for centuries and today is the second largest port in Europe. Landungsbrücken are the piers. This is where the ships come into the Port of Hamburg and also where you can take a boat tour of the harbor. If you just want to be out on the water and don’t need a tour, taking a local ferry is a cheaper option. The day we went was the foggiest day of our Hamburg weekend, so we didn’t bother with getting on a boat but we did walk around a little and admire some of the ships. 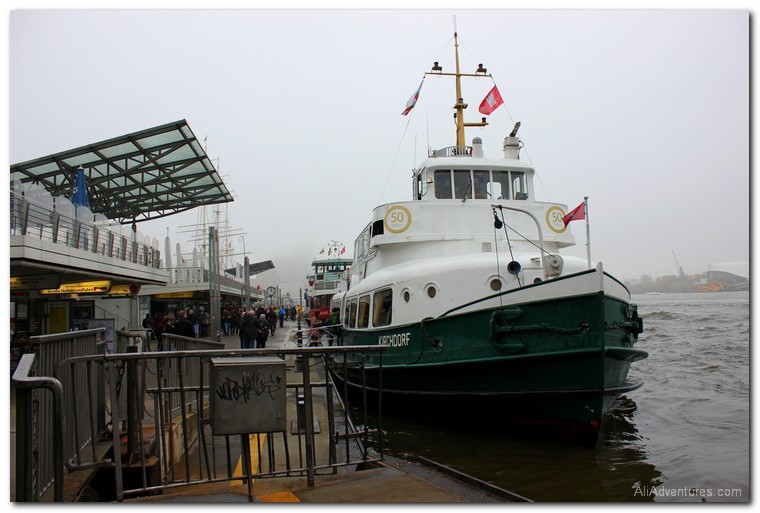 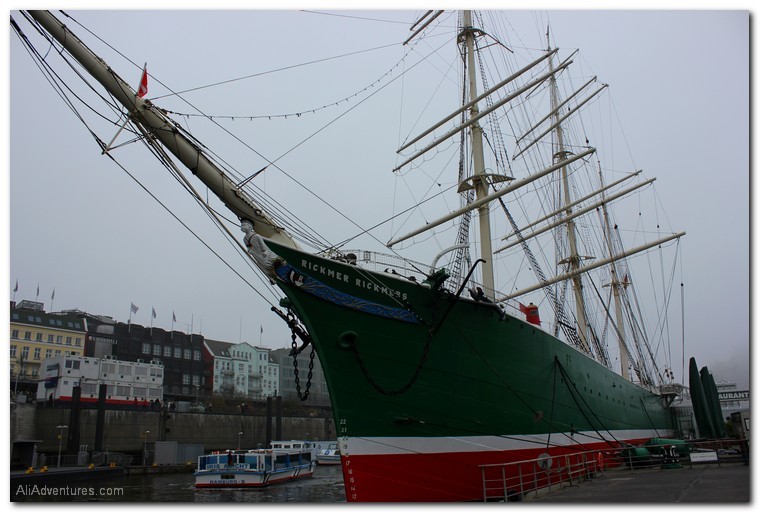 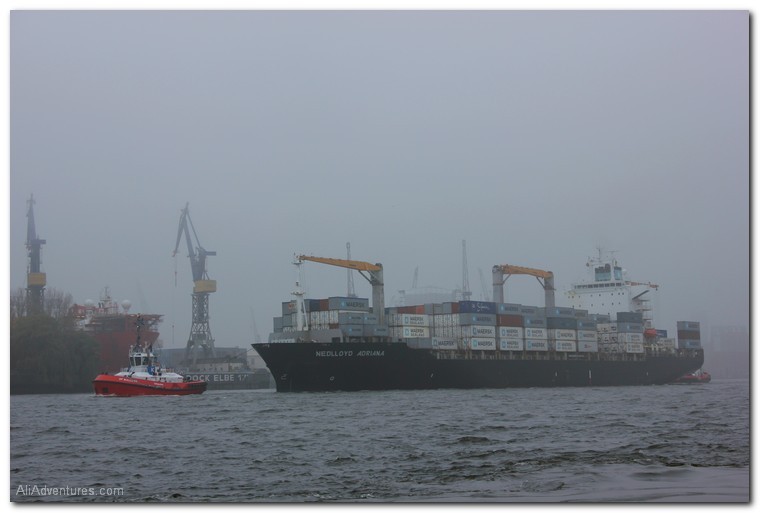 Hamburg has a lot to offer, and we certainly didn’t get to everything during our short visit. We didn’t explore the Reeperbahn/St. Pauli area, we didn’t go to the Sunday morning fish market, and we didn’t seek out any of the Beatles history in the city. But we had a great time, and I think we would’ve felt rushed if we had squeezed in anything else. I’m glad I got the chance to see another piece of the country I now call home.