Scenes From Finland: Turku and Helsinki

After spending more than two weeks in Russia on a Russia river cruise, Andy and I hopped on a train from St Petersburg to Helsinki. In my quest to get to every country in Europe, I couldn’t resist going to Finland when it’s RIGHT THERE. Since there’s a lot more to Finland than Helsinki, we also booked ourselves a night in Turku. Here’s how we spent 5 days in Finland.

We thought it was easiest to immediately go to Turku, since we were already losing much of our day to transport. So once we arrived in Helsinki, we switched to a local train and made our way to the coastal town of Turku. It has a long maritime history and is a popular spot for vacationing locals. You can also catch ferries to Sweden and a few other places from here.

Andy and I mostly wanted to see the castle. Castles are usually one of my favorite things to see when traveling, but it was not meant to be on this trip. We arrived too late in the day on our first day, so the plan was to go the next morning. But there was some kind of race going on and several roads were closed. So while we could’ve gotten the bus out to the castle, the buses weren’t running later in the day when we’d need to return.

Instead of getting stuck, we skipped it and wandered through the town center and along the river. There’s a good pedestrian area with shops and restaurants. We saw old buildings in several sections and by the water. We also walked through a market near our hotel. It’s a very pretty town, and I’m disappointed we didn’t get to do more. 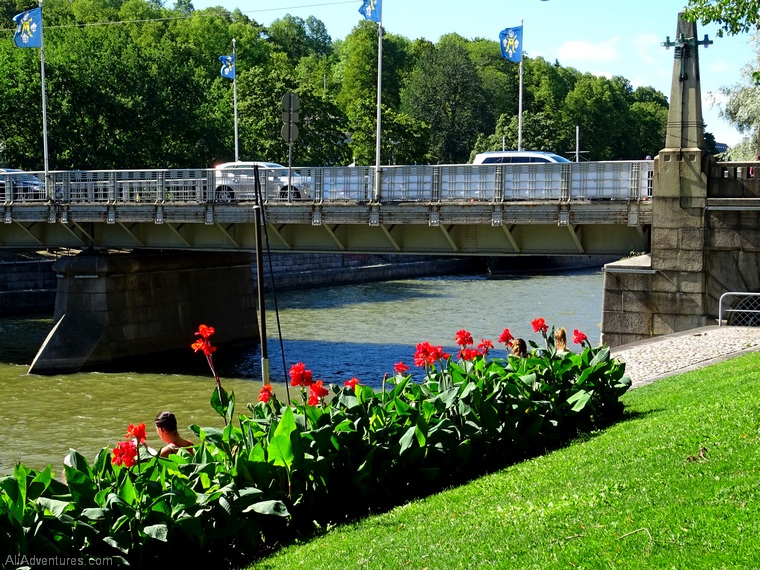 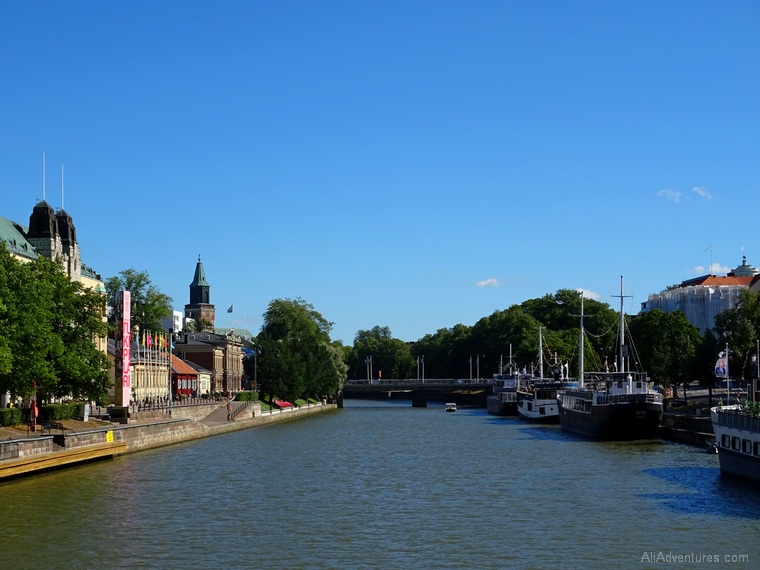 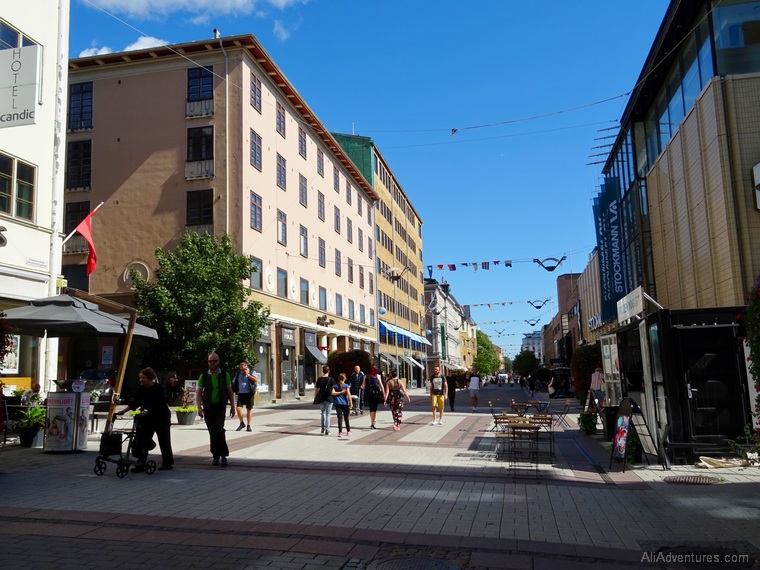 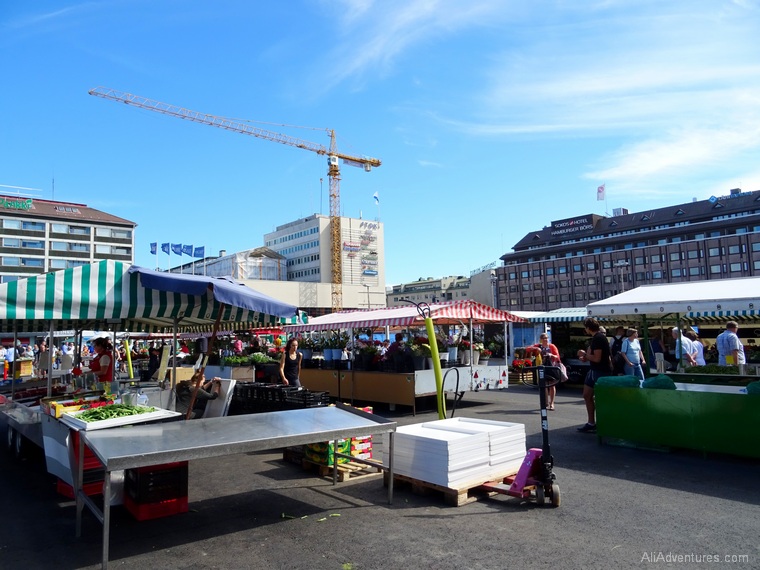 Where to stay in Turku

Though we only stayed one night in Turku, we really liked the Centro Hotel Turku. The picture below isn’t great, but I promise those beds were soooo comfortable! The room was cozy, but be aware that there’s no air conditioning, so if you happen to be there on one of the rare hot summer days, you’ll definitely need to turn on the fan.

Breakfast was a rather large spread, and many things were labeled as lactose free or gluten free or vegan, so there’s something for just about everyone. The staff were incredibly friendly and helpful when we had questions, and they let us leave our bags after check out so we could explore the town before our train back to Helsinki. 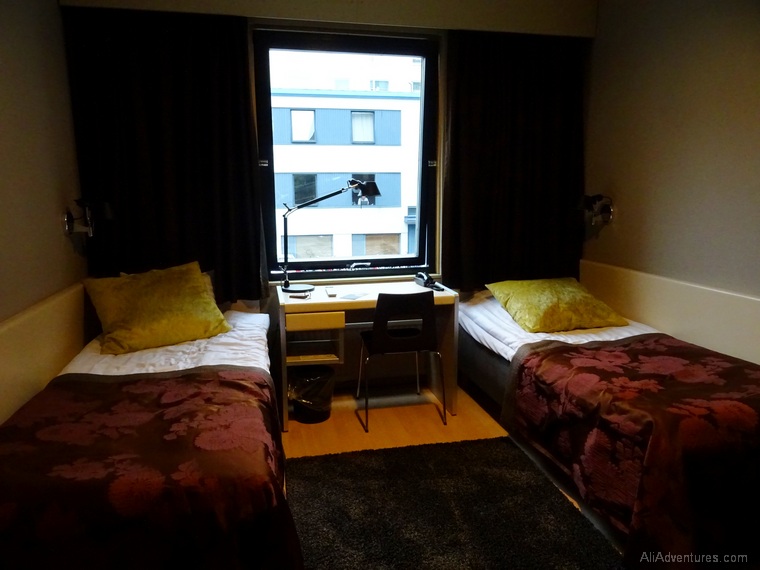 I’ll be honest, there really aren’t a ton of touristy things to do in Helsinki. The Helsinki Cathedral, pictured below, seems to be the most popular tourist attraction and a place where most cruise ship passengers end up during their brief visit. We spent most of our 4 days in Helsinki wandering around and soaking up the atmosphere. And we loved it! This is easily a city I could go back to many times.

While wandering around the city, Andy and I started noticing strange markers on buildings at intersections. These little signs had different animals on them, marking that specific corner of the intersection. So I guess in theory you could tell someone, meet me at the intersection of X Street and Y Street at the camel corner. I’m not sure what other purpose these animals might serve, but they were interesting to see. And like most signs in Helsinki, they were in both Finish and Swedish.

Markets are a fun way to get to know a city. In Helsinki, we went to several different markets in a few different parts of town.

First, we went to Kauppatori, the central market square located along the waterfront. This was the most touristy one we went to, with mostly souvenirs, but it was still enjoyable to walk through.

At the other end of the square was the old market hall, Vanha Kauppahalli. This was an indoor market with lots of stalls mostly selling food. This felt like the type of place locals would go to as well as tourists. We ended up eating lunch there one day at a place that sold lots of gluten free options.

One day we went exploring a different part of the city, away from the center and away from the main tourist trail, and we were rewarded with a fantastic indoor market, Kauppahalli Saluhall. There were stalls selling the standard market items like meats, cheese, and produce. Others served hot meals or sandwiches. And others sold non-food items, like home decor, bags, children’s items, and much more. 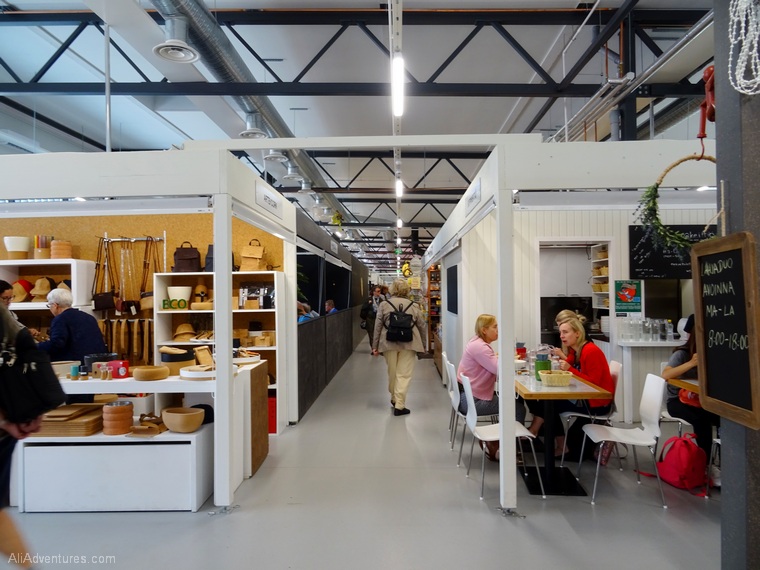 Everything was so cute! There was just something about this market I really enjoyed. We walked through once in the morning, and I thought, if Helsinki wasn’t so freakin cold and dark in the winter and so freakin expensive, I could see myself living here.

We went back later for lunch and decided on a place that had some great looking soups. I asked about the ingredients since I have a few dietary restrictions, and I told the woman I was ok picking around a few things. But after ordering, the chef came out to me, very concerned, and reiterated that there were some lentils, which I had mentioned I can’t eat. I appreciated his concern, but I assured him several times those were easy to pick around. This was such wonderful attention to detail and customer service!

Just a quick ferry ride from the Helsinki is the sea fortress of Suomenlinna. It dates back to the mid 18th century when Finland was actually part of Sweden. I think this is one of the more interesting things to do in Helsinki. The complex is on an island and it’s free to wander around and explore, which is exactly what we did.

You can get the ferry from the dock right near the Kauppatori market. When you go, make sure to check the ferry schedule for the return times. They don’t run all night, and you don’t want to get stuck on the island! 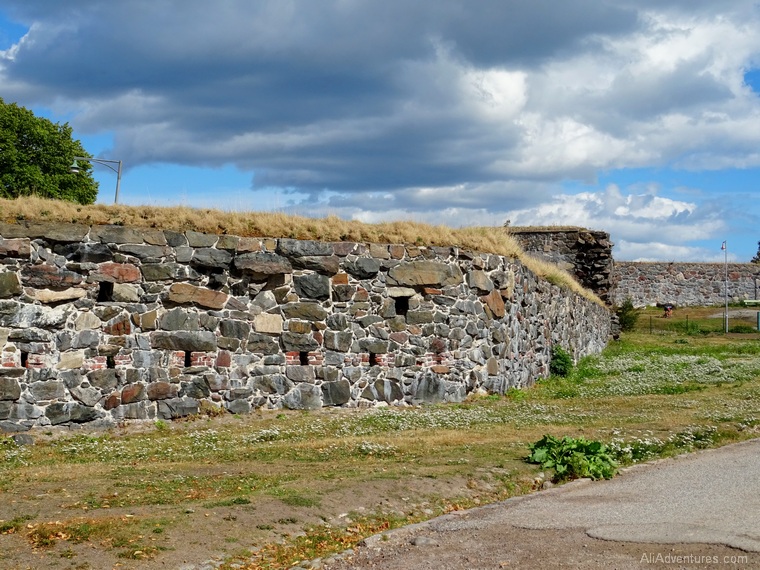 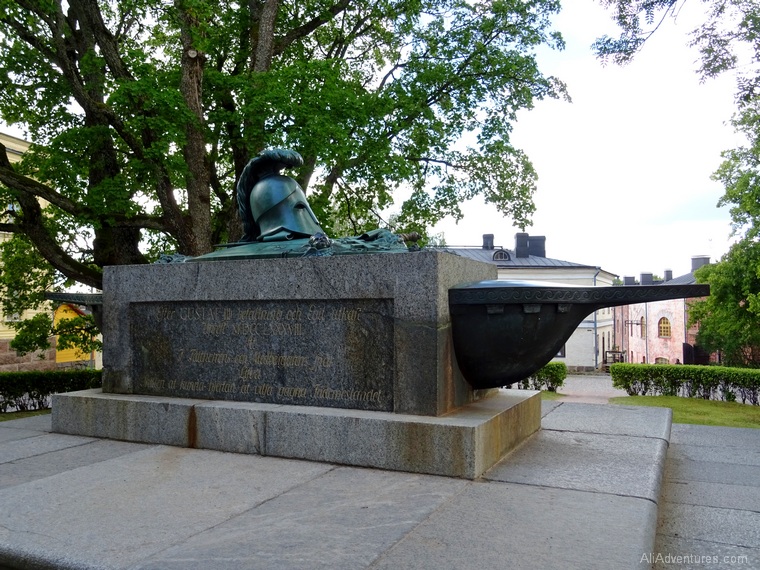 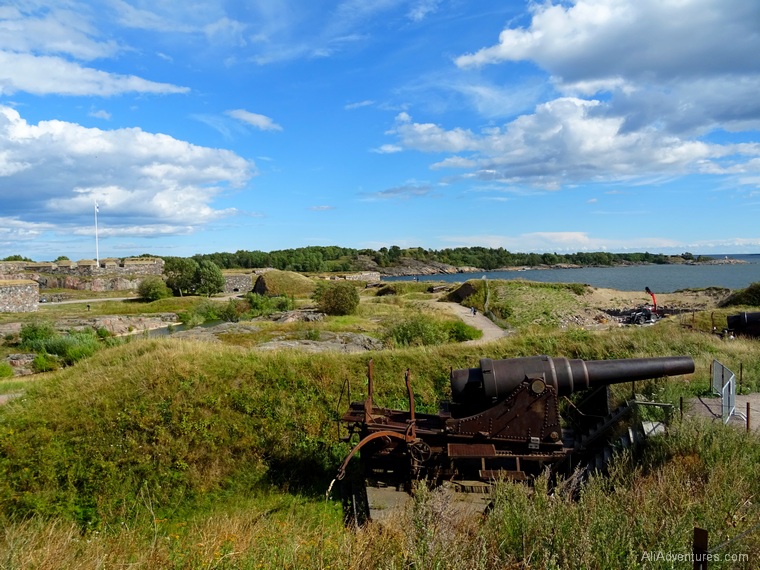 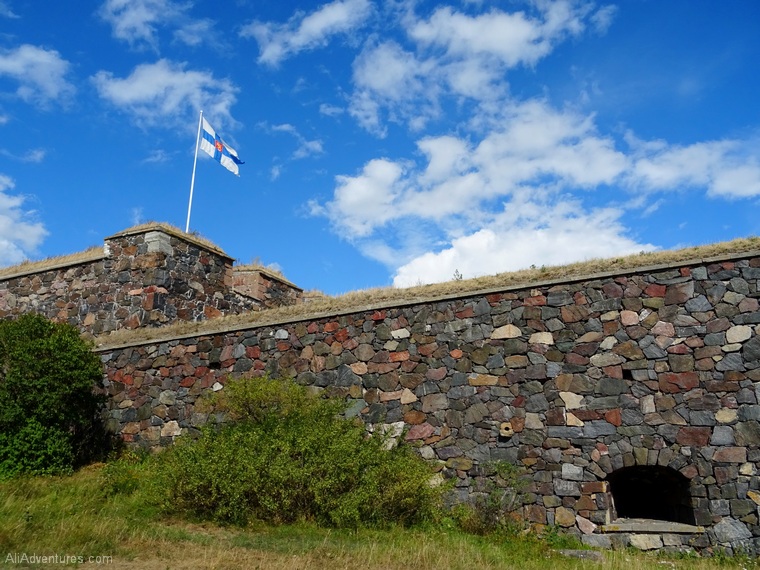 Other than that, we spent hours simply wandering around different parts of the city and exploring different neighborhoods. We really enjoyed Helsinki, and at least part of it was that it feels like a real city that people live in, as opposed to some places that get so over run with tourists that whole sections of the city no longer have local life in them.

Where to stay in Helsinki, Finland

Helsinki is not a cheap city, so finding a decent hotel that was in the range we were used to paying was pretty much out of the question. After much searching, we finally decided on the Radisson Blu Plaza Hotel, which is a couple blocks from the train station. It’s also near a couple different tram stops and a short walk from the main shopping area of the city.

The bed was super comfy, and they had a pillow menu AND a duvet menu. There were plenty of outlets to charger our things, which might not sound like a big deal, but more and more I’m finding hotels with just enough plugs for their own lamps and that’s it. I also loved that our room was spacious and had a seating area, so we didn’t have to sit on the bed. The bathroom was a bit small, especially considering how big the room was, but it was manageable.

The breakfast was fantastic! In general, food in Helsinki was wonderful, with just about everything labeled if it was gluten free or lactose free (among other things), and the breakfast buffet at the hotel was no exception. They had so many things to choose from for people without dietary issues, and a variety of options for people with all sorts of dietary concerns, that I’m not sure any hotel will ever top this.

Overall, this was a great experience, and I highly recommend the Radisson Blu Plaza Hotel in Helsinki. 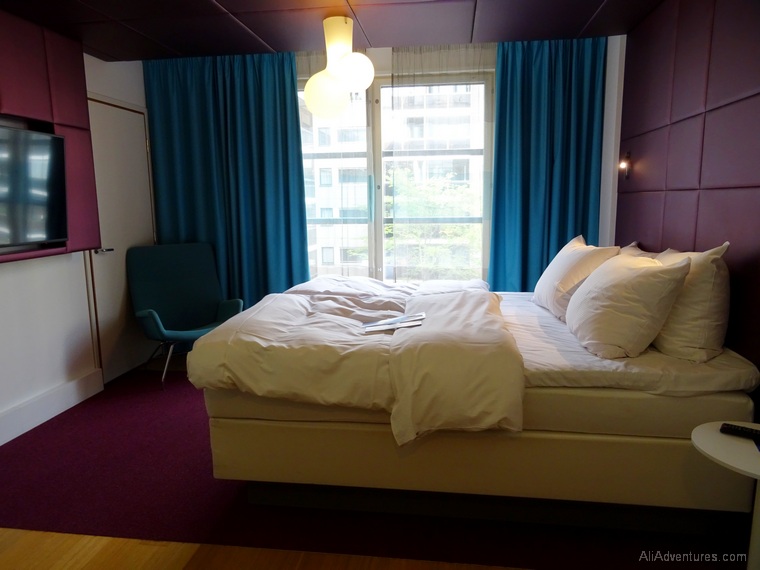 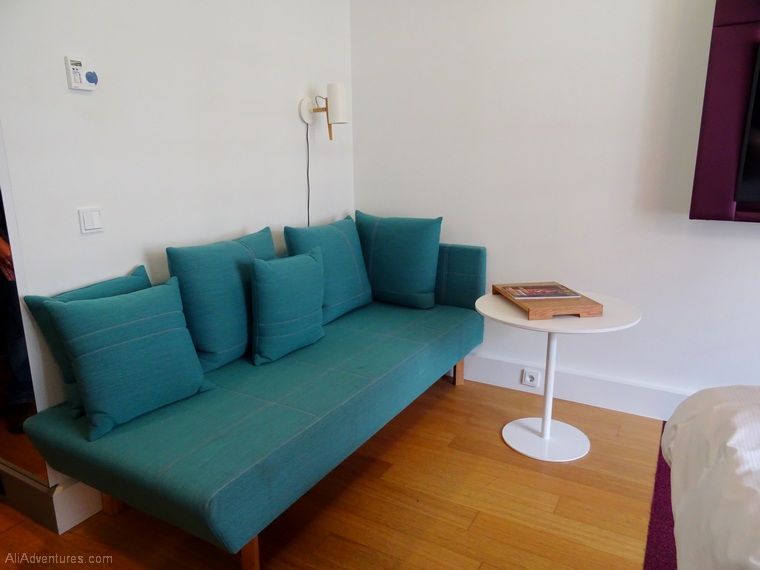 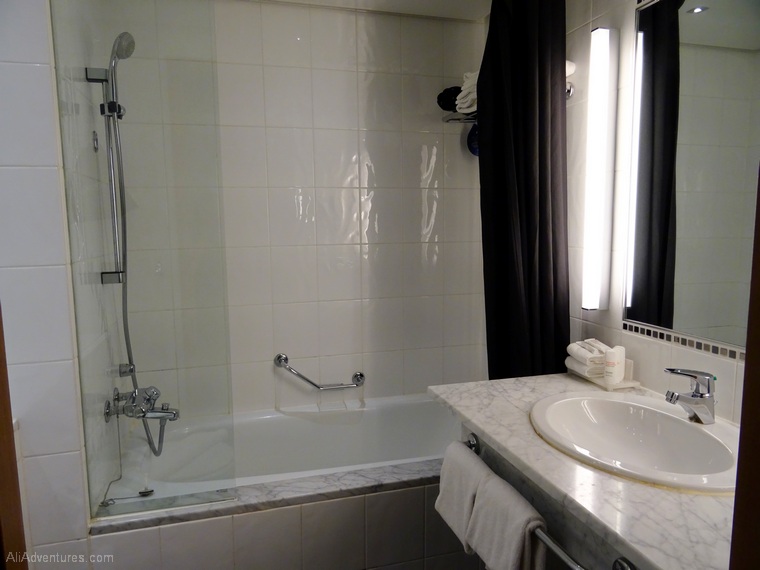 Sign Up
Scenes From a Russia River Cruise: Part 2 Scenes From Tallinn, Estonia