I recently checked off a new country by visiting Denmark. I didn’t have a lot of time, but I got a good feel for Copenhagen and I wouldn’t mind returning someday. I was invited to stay at Copenhagen Downtown Hostel for a few nights, and it turned out to be a great central location to base my exploration of the city.

After going to see Fredriksborg and Kronborg Castles and getting lost more times than I can count, I wandered through the center of Copenhagen for an hour or two. I took the obligatory photo of the Hans Christian Andersen statue. 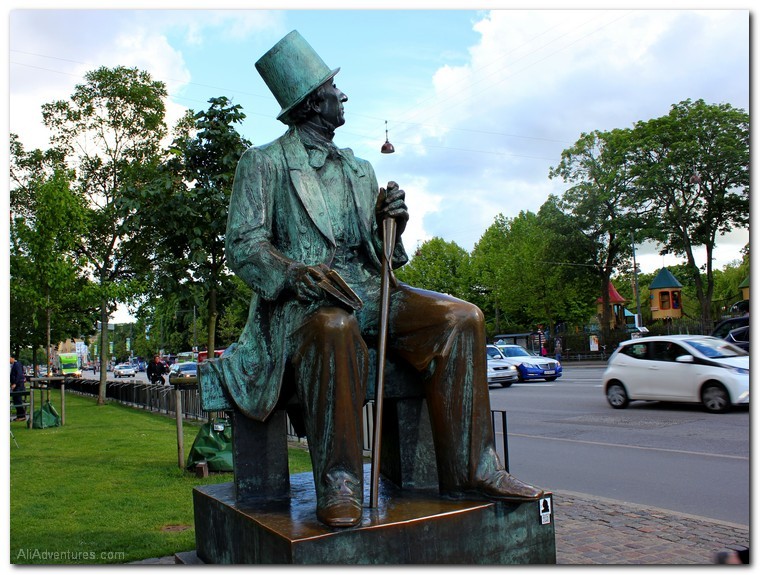 Right next to that was the town hall building. Pretty impressive, and it sat on a really huge square that led into a lively pedestrian area with tons of shopping and cafes. 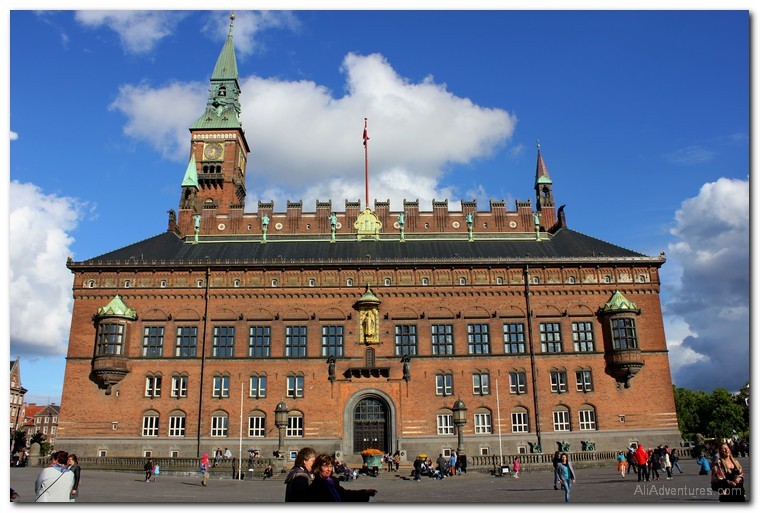 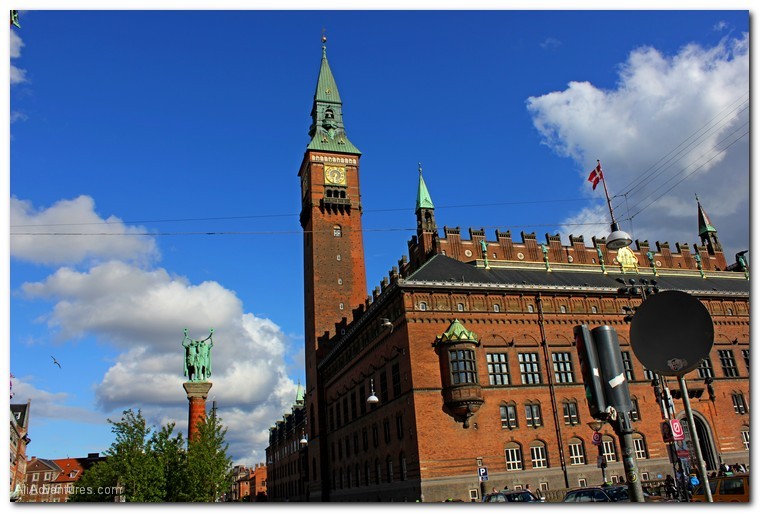 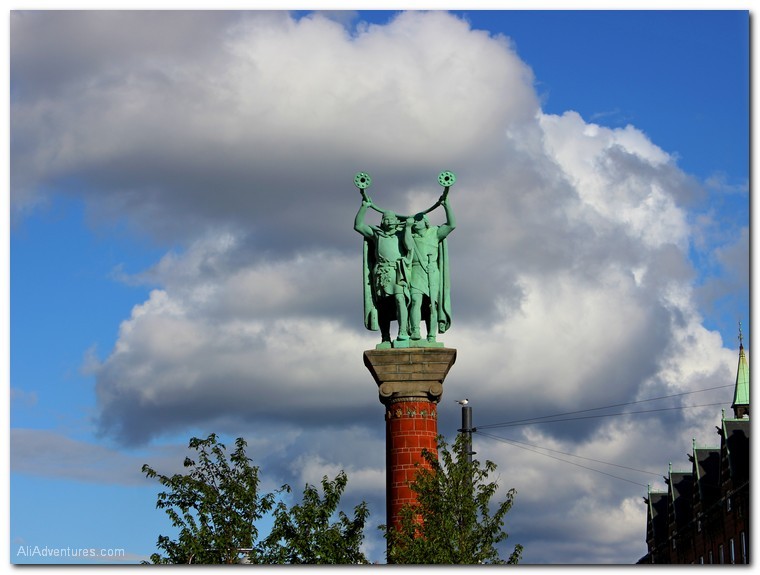 After wandering aimlessly for a little while longer, I stopped at an outdoor cafe for dinner. It was an exhausting day, so I was happy to go back to the hostel, catch up on some work, and read a book.

The next day was my Copenhagen food tour. It went from warm to cold, sunny to rainy so many times, and I was constantly adding or subtracting layers and fighting with my rain jacket. This next picture shows the sky just minutes before a downpour, but an hour later I was back in a t-shirt and sunglasses. 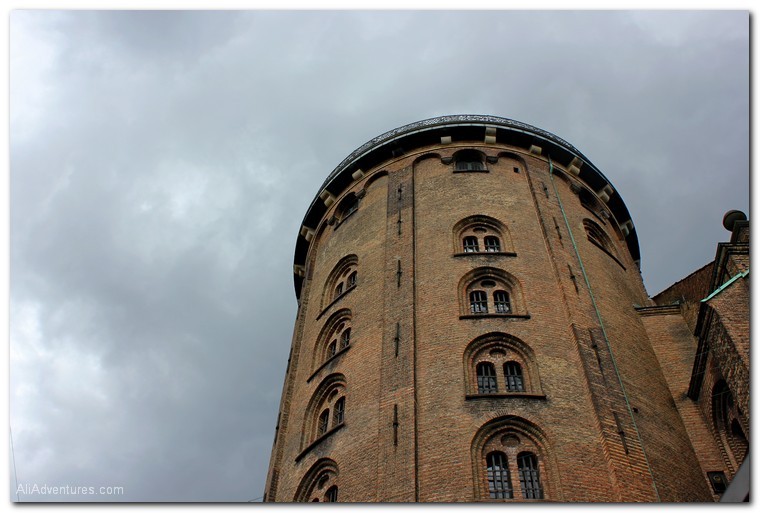 For me, enjoying solo travel is all about balancing activities with down time. Too much down time, and I get restless and stuck in my head wishing I wasn’t traveling on my own. Too much activity, and I get tired and have a meltdown. So after the food tour, I found a bench in a touristy area and sat and did some people watching for about an hour. 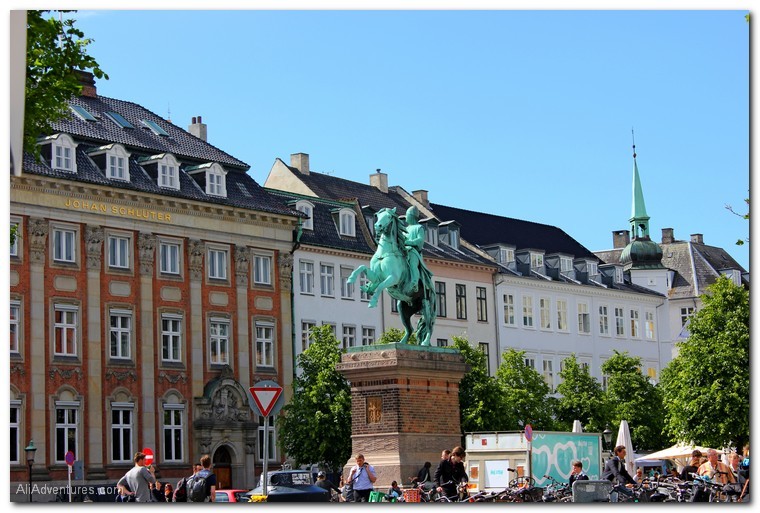 Seriously, look at the sky. That was only an hour after the previous photo. 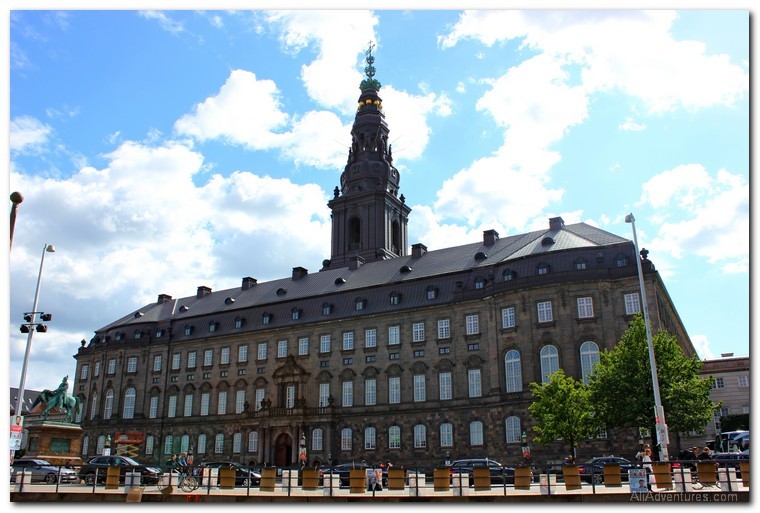 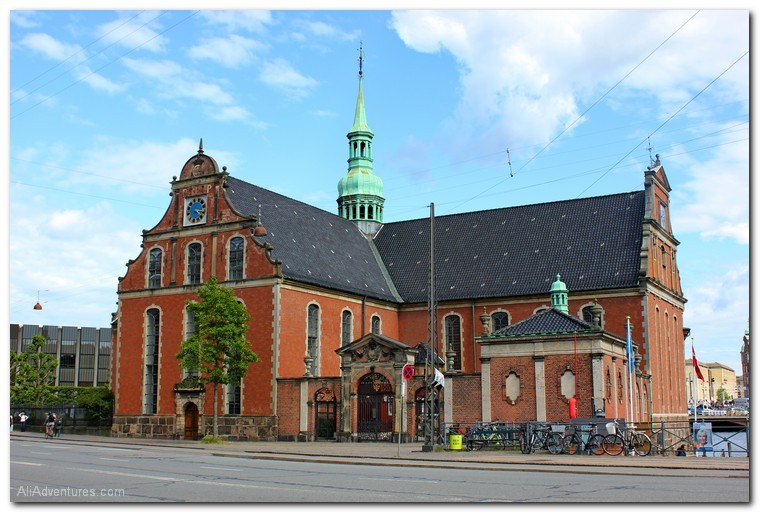 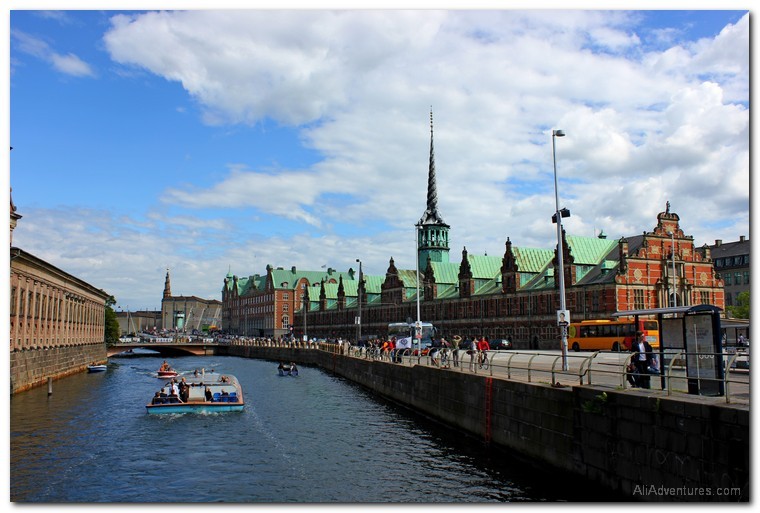 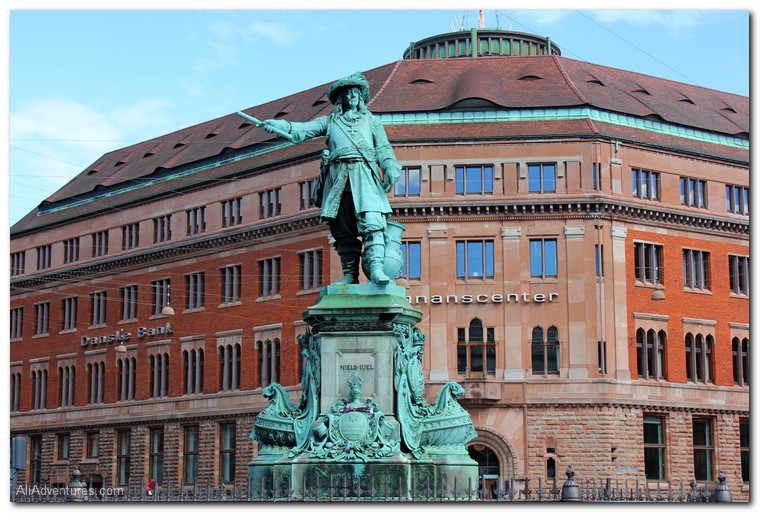 The section of the city I attempted to reach the day before was Nyhavn, a 17th century canal district, and I succeeded in finding it this time. It looks like stereotypical Scandinavia to me with all the colorful buildings along the water. There were quite a few shops and restaurants, but wow, so many people! 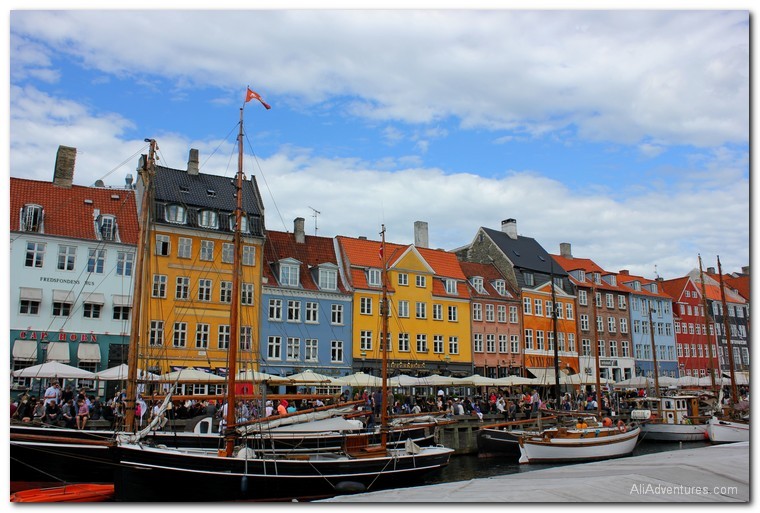 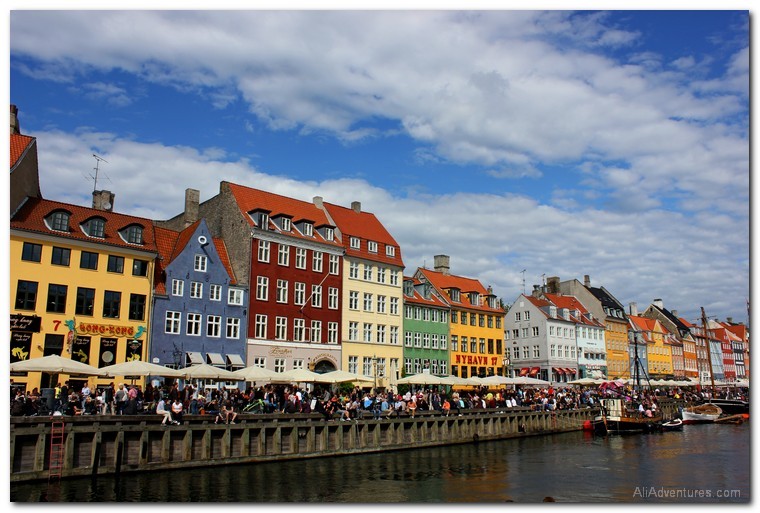 After that I went to the Church of Our Savior. The two travelers I met the day before at the castles told me the tower had amazing views of the city, and I love a good view from above. It was 400 stairs to get to the top, and the last third of those stairs were outside. No worries though, there was enough of a railing that there wasn’t any way to fall, despite how unstable the wind up there made it feel. 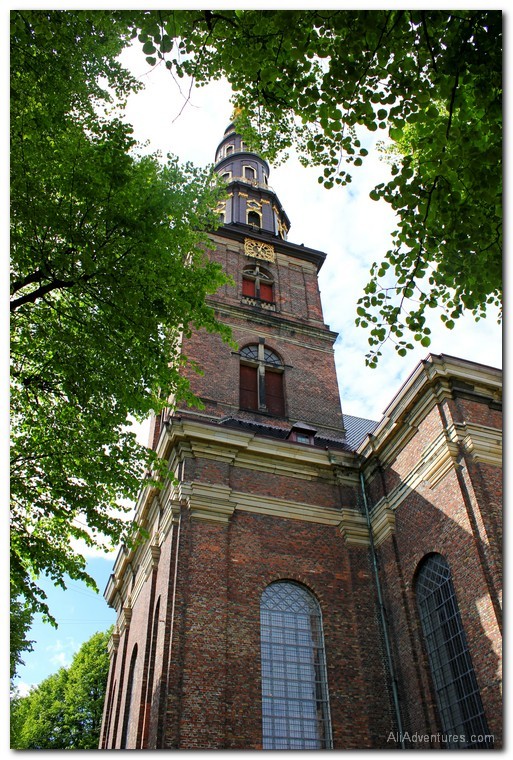 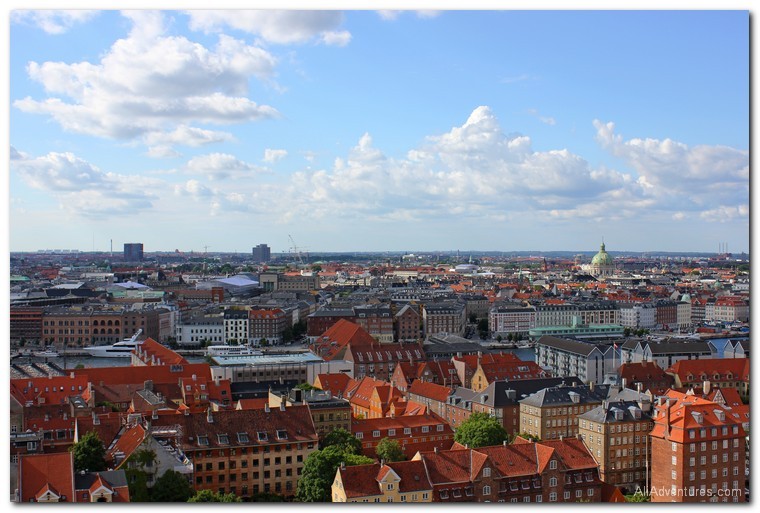 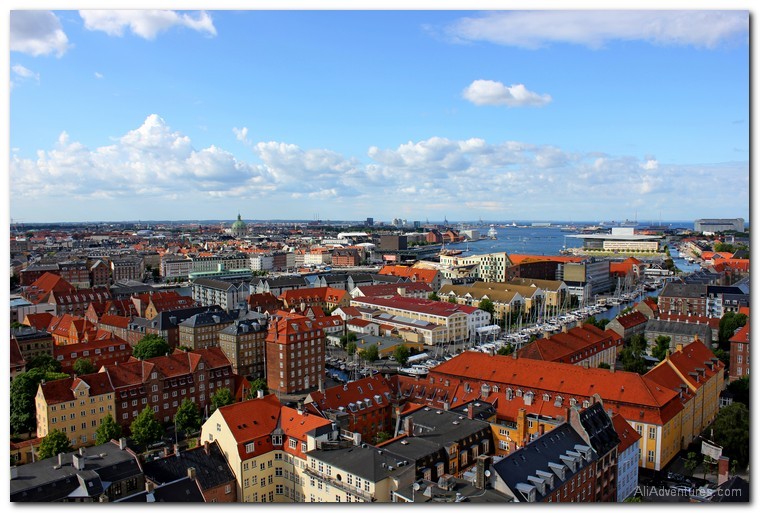 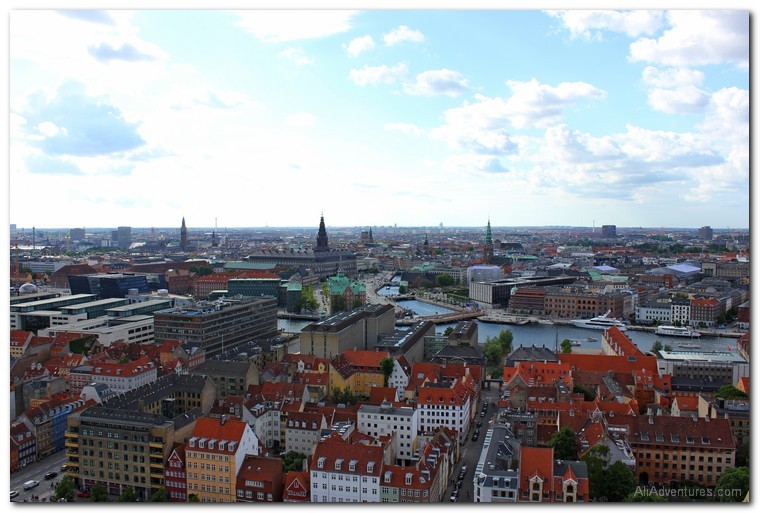 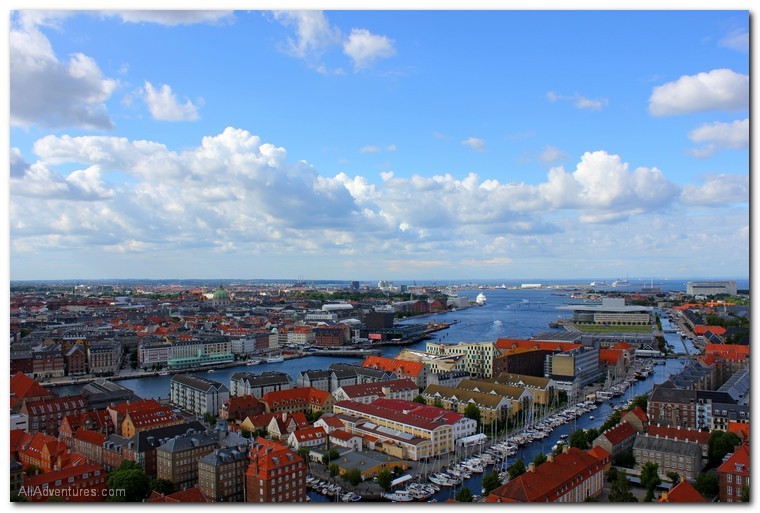 I had plans to meet up with two other bloggers, Kate who was visiting Copenhagen at the same time and Alex who lives there, for dinner at Copenhagen Street Food. It was huge! There were dozens of stalls to choose from with cuisines from all over the world plus several selling beer, wine, and liquor drinks. And with tons of outdoor seating overlooking the canal, it was perfect. 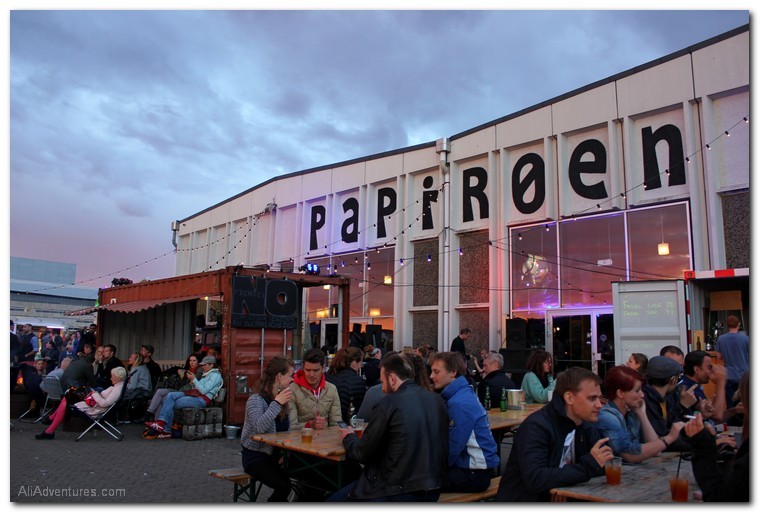 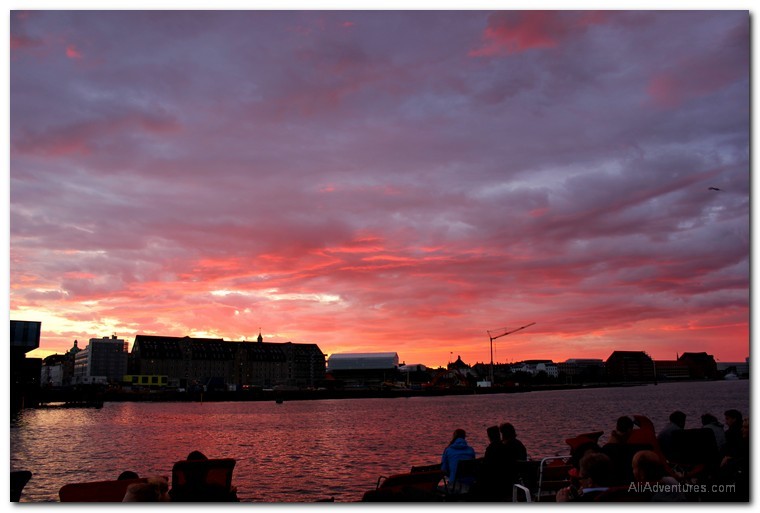 I didn’t stay out late because I had an early flight the next day. With all the times I got lost during my three days in Copenhagen, I decided to ask for directions from some people who looked about my age, and I ended up walking with them most of the way back to my hostel. They were from Copenhagen, and when I mentioned I’m from the US, the guy in the group said to me, “I don’t know if I want to visit the US because it seems like such a scary, dangerous place with so many guns and so much violence.”

Every few weeks there seems to be another shooting in the US, so I understand where he was coming from. It was interesting to get the perspective of someone who’s not from the US. The media in the US makes it seem so much more dangerous to travel to other parts of the world than it really is. So it’s not just Americans that end up with skewed views of travel and other countries. Not that I think this guy’s sweeping statement was 100% accurate, but it is quite an image that many people outside the US have of our country. 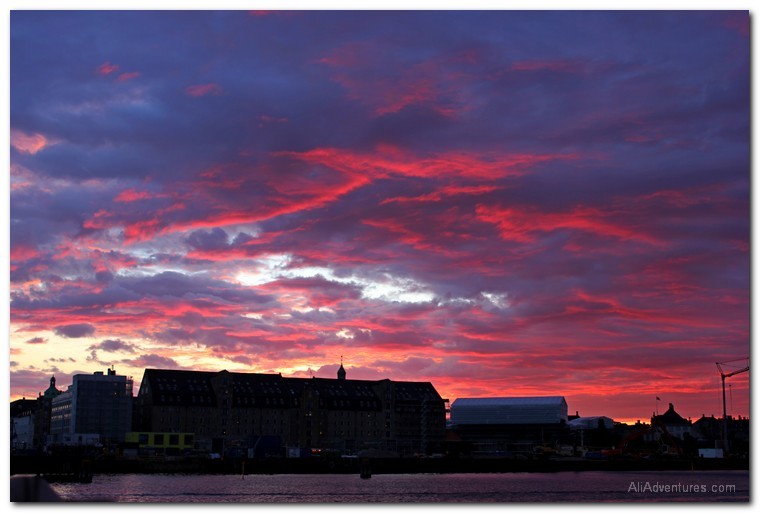 Shortly after that, we parted ways and they pointed me in the right direction. I continued in the right direction for about two blocks, at which point I made a wrong turn. Even with my map. I think my internal compass is broken. But I recognized the town hall building and corrected, and I was back in my room a few minutes later.

What started out as a stressful, frustrating solo trip turned out to be a fun couple of days seeing a little bit of a city I really enjoyed. I was also reminded that even though I’d prefer to travel with Andy, I am still fully capable of having a good time while traveling solo. I just need to work on my navigation skills.

Thanks to Copenhagen Downtown Hostel for hosting me for three nights!