My Not-So-Straight Path to Making Money From Blogging

Making money from blogging isn’t something I ever saw as a realistic goal. I knew some people did it, but I didn’t want to get my hopes up. Tons of bloggers make money from things outside their blog, so that seemed like the way to go. When I finished taking my German course a few years ago and began hunting for ways to make money, I didn’t focus much on my blog, and instead I went the freelance writing route.

Trying to be a freelancer

Oh, if I could do it all over again! It turns out I don’t like freelance writing at all.

I lucked out in the beginning. Someone needed a few articles about Hamburg and saw that I had been there recently, so they asked if I could turn something around quickly. It led to a steady stream of relatively easy researched articles about destinations and attractions all over the world. For half of 2014 and all of 2015, this was the bulk of my income. It wasn’t exactly exciting, but it was decent money for what it was.

I tried pitching articles here and there, and even got a few accepted. My first article was about a guy in Freiburg who started a taco truck and what it was like for an American to set up a business in Germany.

But I HATED having to come up with ideas. I felt like everything had already been written about multiple times, and I couldn’t come up with a different angle. And the rejection…OMG I hate putting myself out there over and over and over, only to have pitches get rejected or go unanswered. There’s only so much I can take of that.

Meanwhile I did have a few things set up on my blog to earn money. I had some Amazon affiliate links, a little bit of advertising here and there, and my packing e-book. But it wasn’t much. More like a nice little bit of pocket money each month.

I started looking for other ways of making money since I knew I wasn’t destined for a career in freelance writing, and eventually I started working for another blogger on her travel site doing hourly work. I now have a second contract doing similar work for another big travel blog. These two gigs are a great way for me to earn some consistent money and feel good about helping someone out.

But sometime over the past two years, I became a little more strategic about my own site. I started Travel Made Simple as a way to help new travelers plan trips and see the world without all the stress and overwhelming pieces that can stop you from actually booking those flights. So when the traffic finally started to spike, I thought, I should really do something about that.

I put Google Adsense on the site and spent a few months playing around with ad placement to see what would work. I looked closer at Amazon to see what items fit on different parts of the site. And hey, the numbers started going up! After a few months I was actually making decent money directly from my site.

Just imagine if I had taken a more business-like approach from the beginning! Imagine if, you know, I started with a PLAN instead of just randomly stumbled my way through things.

It’s an ongoing process. People often refer to it as “passive income” because there’s the illusion that you can just set it up and let it run, and the money will come in without you having to do more work. While that’s partially true, things are always changing, and you always have to stay one step ahead to make sure things keep working.

I’m constantly looking at stats and evaluating what’s working and what isn’t. Yes, I can decide to not work for a few days or put it aside while I’m sick for two weeks, and I don’t have to worry about losing money. That part is awesome. But I can’t let it go indefinitely if I want to keep earning money from it.

Sharing my income reports with you

Now that I’ve seen that it is possible to make money from blogging, I want to share that info with you. Starting a blog and turning it into something that puts money in your pocket isn’t easy – it’s definitely a lot of work – but if you approach it like a business and have some patience, you can do it, too.

To give you an idea of how far I’ve come, below is a look at what I’ve earned from my blog as a snapshot. Going forward, I will share more detailed income reports on a monthly basis. That way you can see what’s possible, what’s working for me, and what isn’t working. I’m hoping to motivate you to give it a shot if earning money online is something you’re interested in.

Most of my blog income comes from Travel Made Simple, though there is a little from Ali’s Adventures occasionally, and I’m hoping to increase that. The numbers below do not include income from freelance writing or other blogging contracts, only earnings that come directly from my websites: various forms of advertising, several affiliate programs, and my e-book.

Amounts are in US dollars and do not account for expenses. Amounts are listed with the month I got paid, since the time delay between earning the money and getting paid can vary depending on the source. 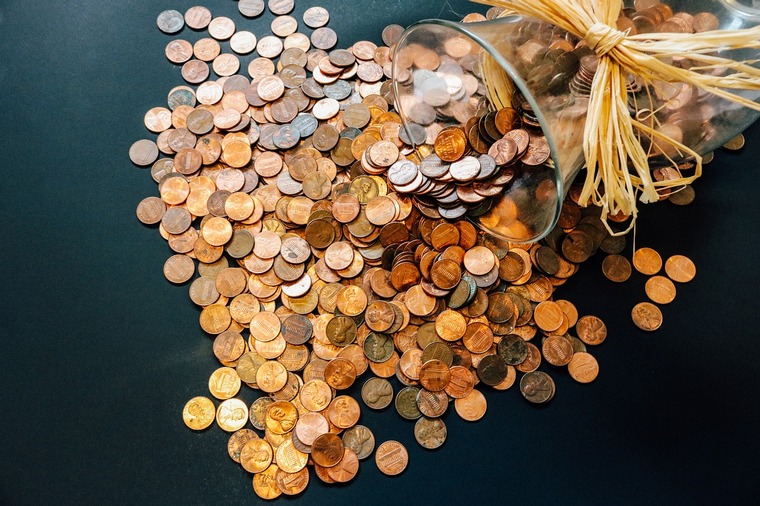 2014
This is the year I started trying to figure out how to earn money. For the entire year, I earned around $1,200 from advertising, Amazon affiliate commissions, and my packing e-book.

2015
Things started picking up in 2015. I had Adsense on the sites, plus some other advertising. I improved my Amazon affiliate strategies. By the end of the year, I could tell some of the changes I made were actually working.

2016
Good things happened in 2016. It mostly came out of necessity since my main freelance contract dried up and my blog assistant gig slowed down. But it turned out to be the perfect motivation for me to put more work into my blog and make it grow.

Now I use another ad network called AdThrive in addition to Google Adsense, and they get me much higher rates. Amazon is still my biggest affiliate program, but I also promote tours and other travel services through other affiliate programs. I don’t promote anything I wouldn’t support myself though, so if something is presented to me that doesn’t fit with my site or my travel style, I won’t join their program.

As 2016 draws to a close, I can safely say blogging is my biggest source of income.

It’s worth noting that my total income for 2016 is actually on track to be about the same as I earned in 2015. But the split has drastically shifted. In 2015 I was mostly earning from freelance writing and other contracts, but those things decreased in 2016. But the amount of money I made from blogging increased in 2016.

Next week, I’ll show you how much I earned from blogging in December with a more detailed breakdown of where the money comes from. 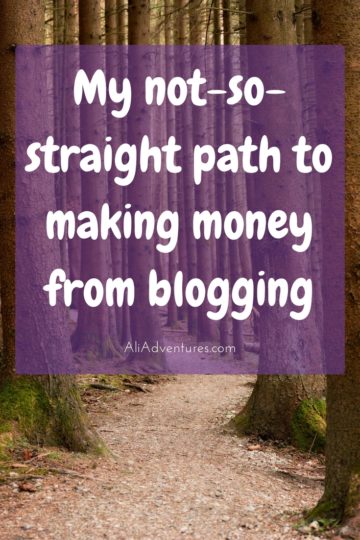 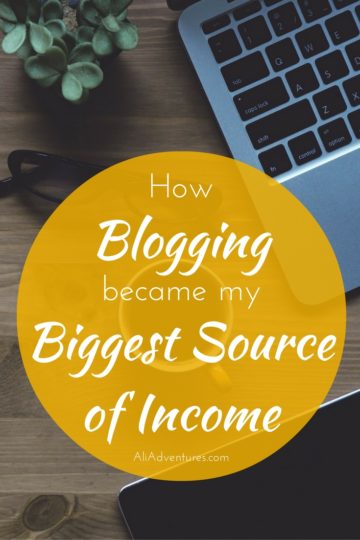