Monty Python in My Back Yard

One of the many things I like about living in Europe is that there’s so much history all around me. The US has plenty of history, but there are buildings here that are older than the US, buildings that were built before Columbus ever even thought about sailing west across the Atlantic. And to me, the best reminders of that history are castles.

I love castles, especially medieval ones, so when my friend Borbála invited me to go check out the ruined castle in Waldkirch, a town outside of Freiburg, I was very excited. It’s called Kastelburg, and it’s about a 25 minute walk from the main train station in Waldkirch. Most of the walk was uphill, and once we hit the official path that leads to the castle, things got interesting. 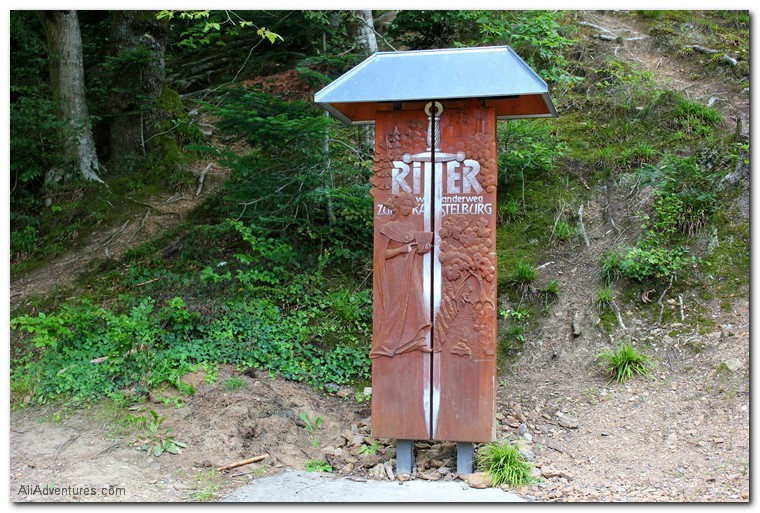 The path was lined with knights, each with his own sign telling a little story or facts about knights and the Middle Ages. I felt like I was walking passed the Black Knight from Monty Python’s The Holy Grail, over and over again. It was so cheesy but I loved it. 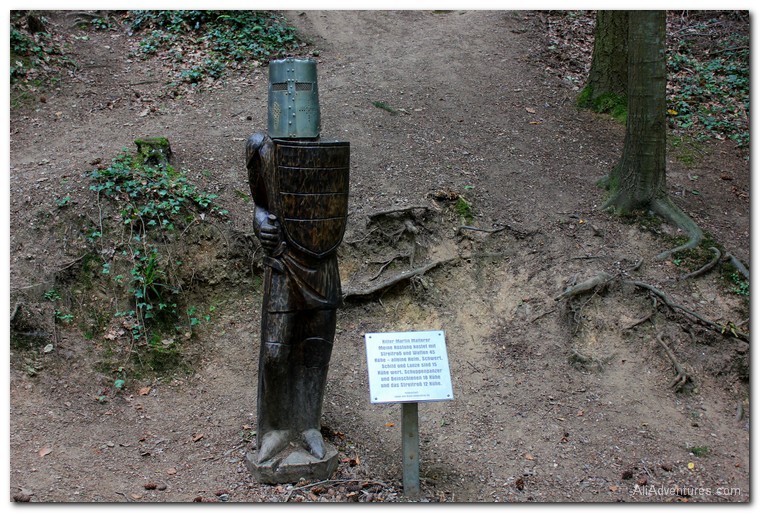 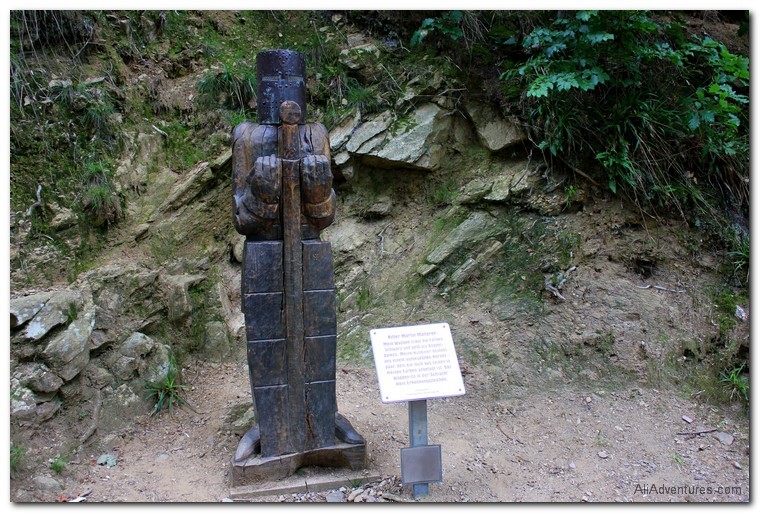 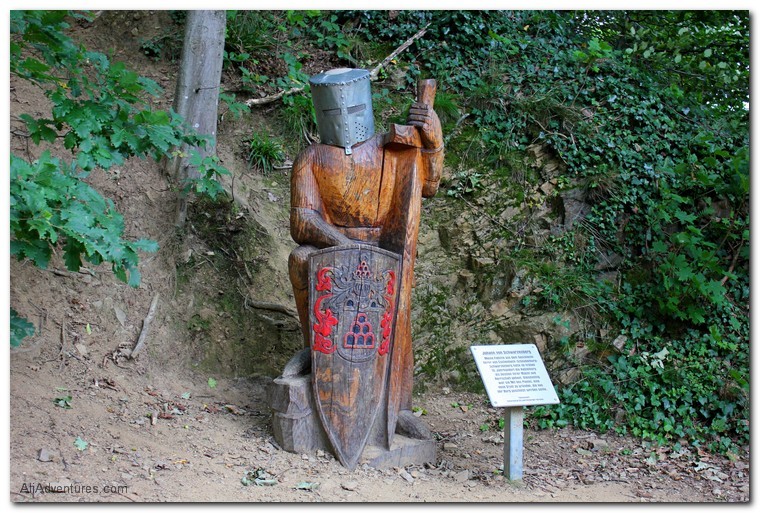 After the steep climb, we finally reached the castle, though first we passed a quiz based on the plaques in front of the 10-12 knights we saw along the way up. We also read a sign that told us the castle was built between 1250 and 1260. It was rebuilt after a fire in 1510, and then on March 14, 1634, Austrian troops invaded the area and the castle was once again burned down. This time it was left in ruins. 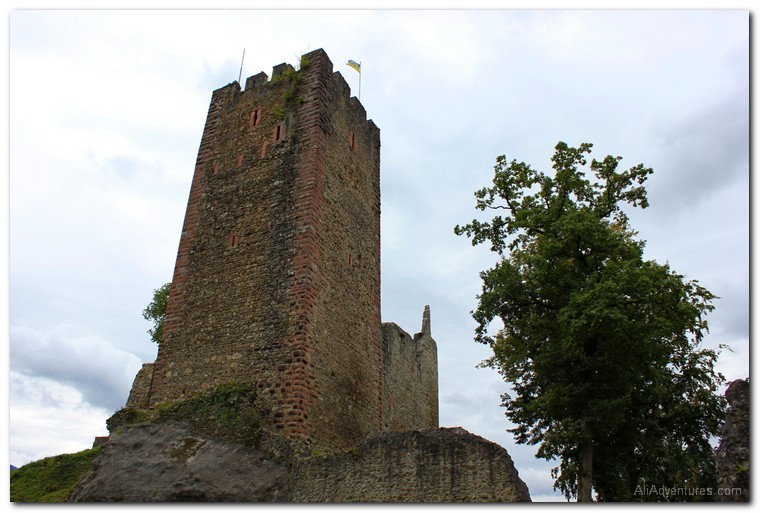 I can almost hear the fake French accents of the knights who taunted King Arther and his Knights of the Round Table. 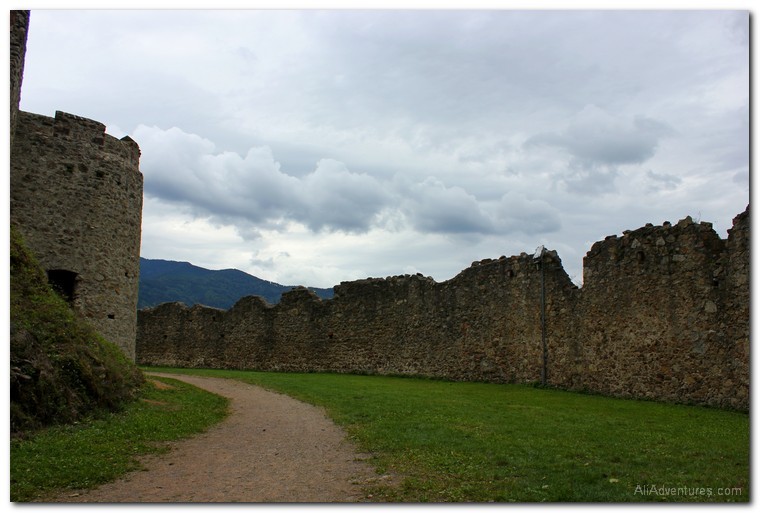 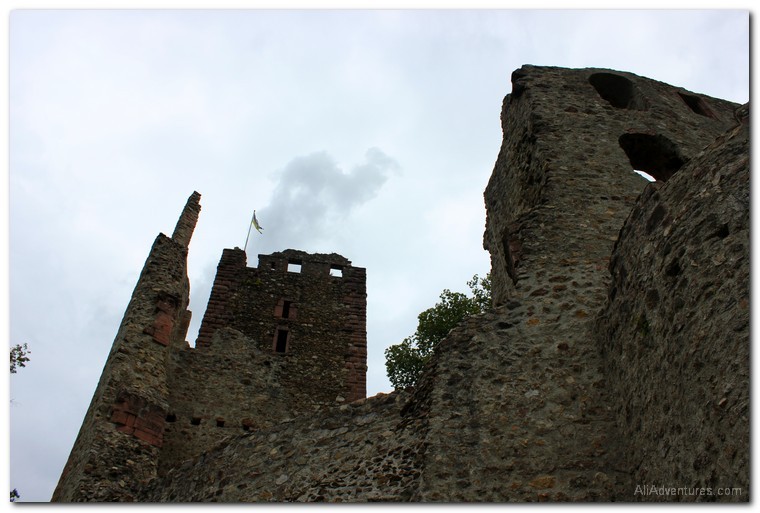 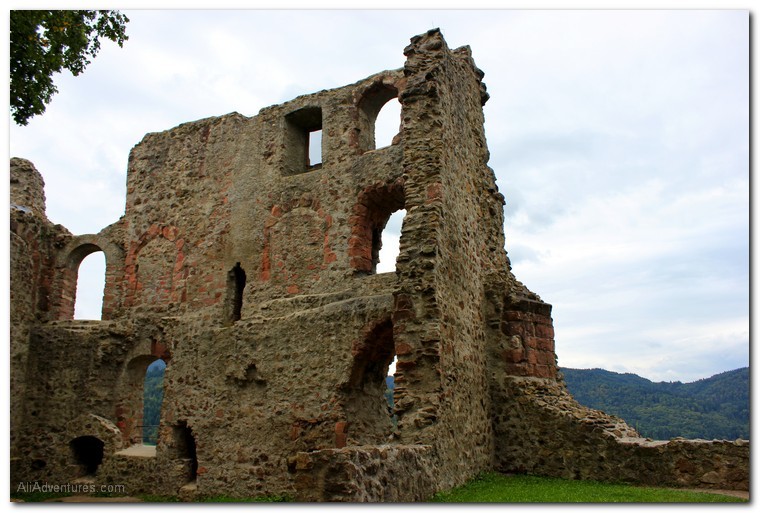 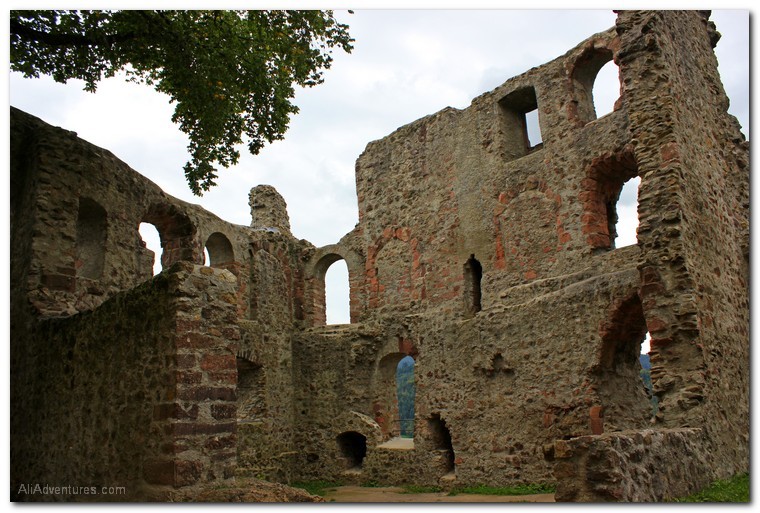 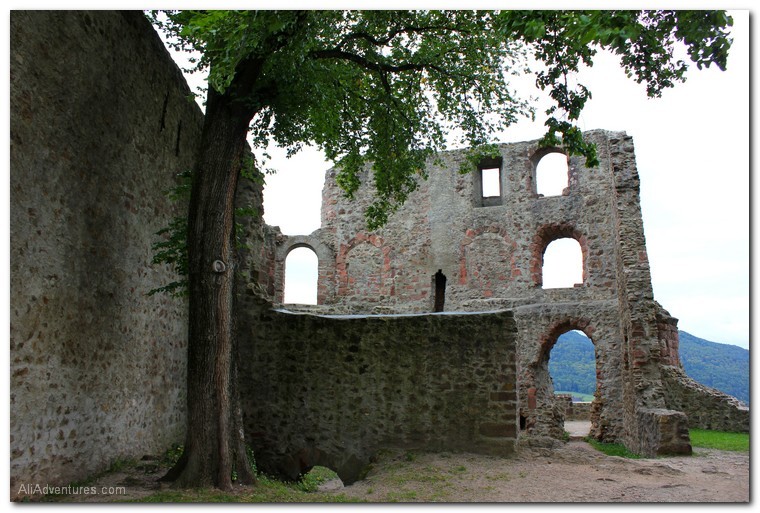 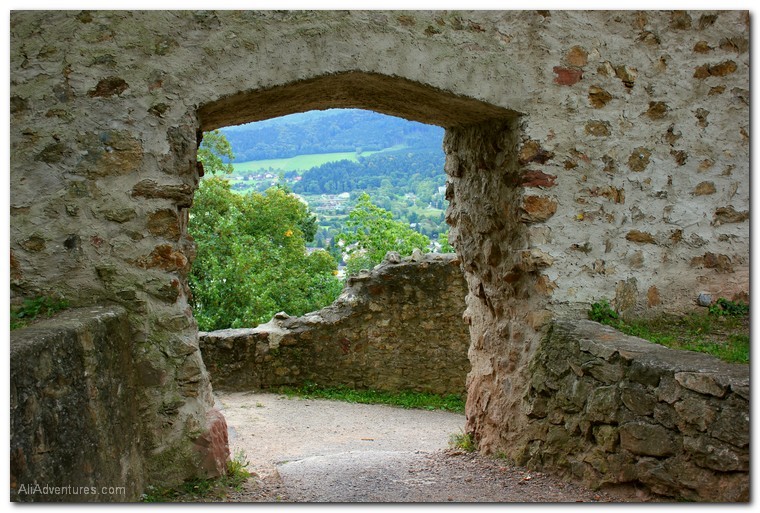 Since the castle is up on a hill, there were great views of Waldkirch and the Black Forest. I also climbed the castle tower to get an even better look at the surrounding scenery. 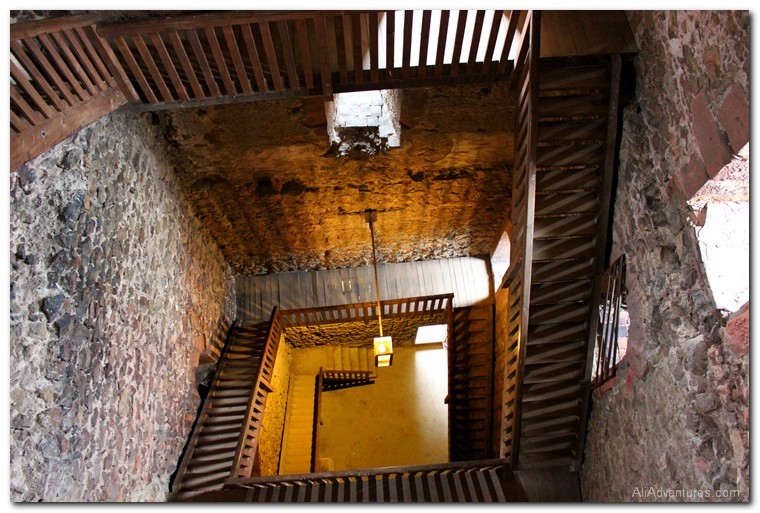 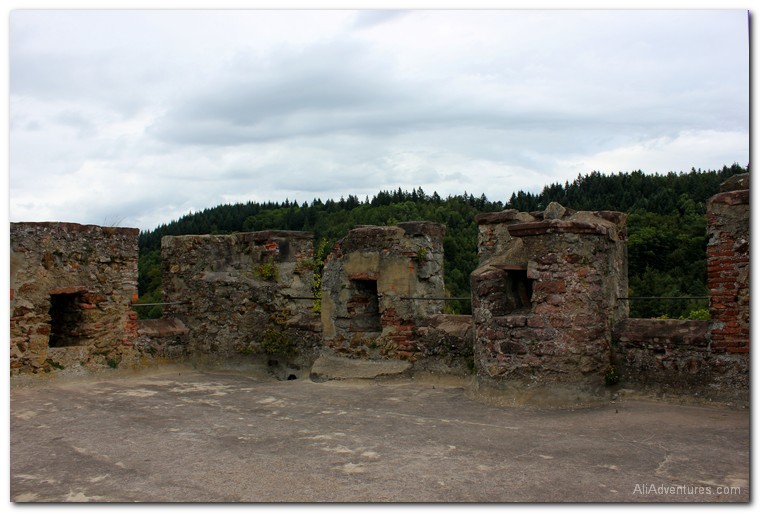 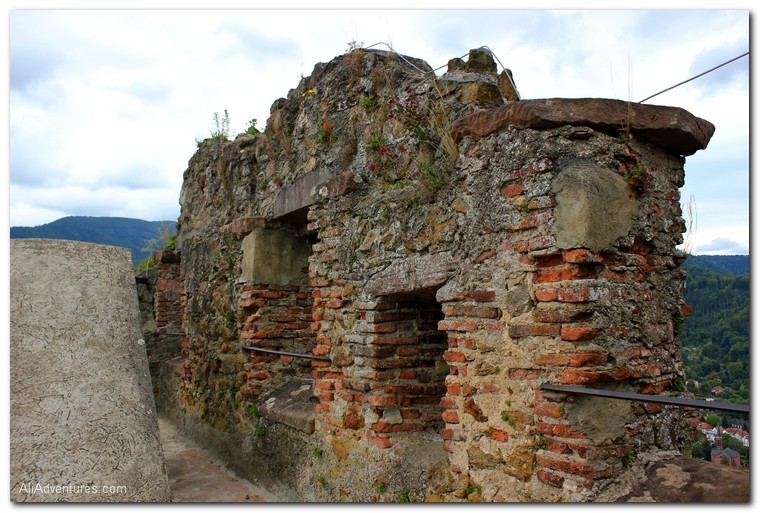 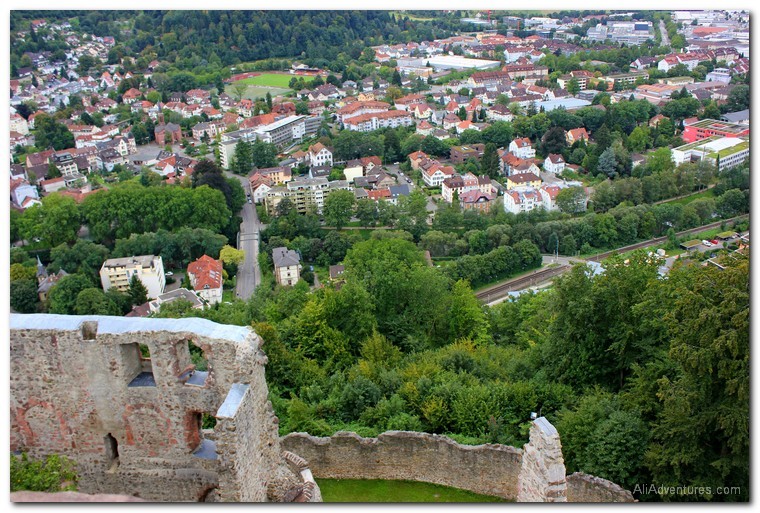 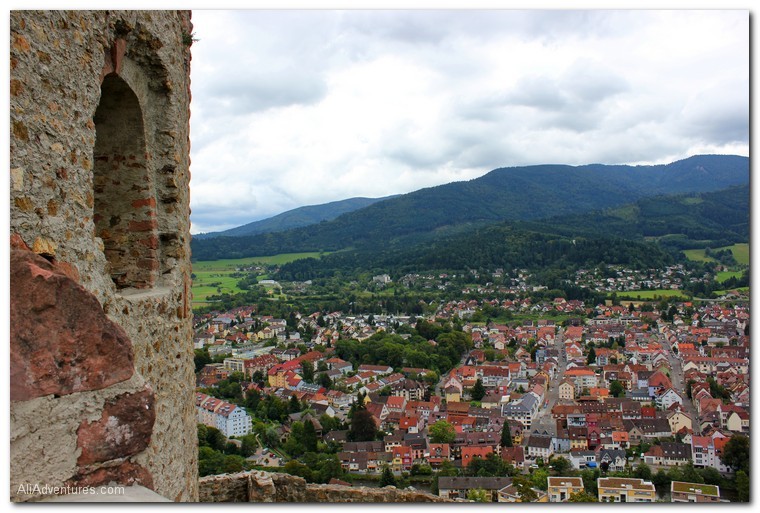 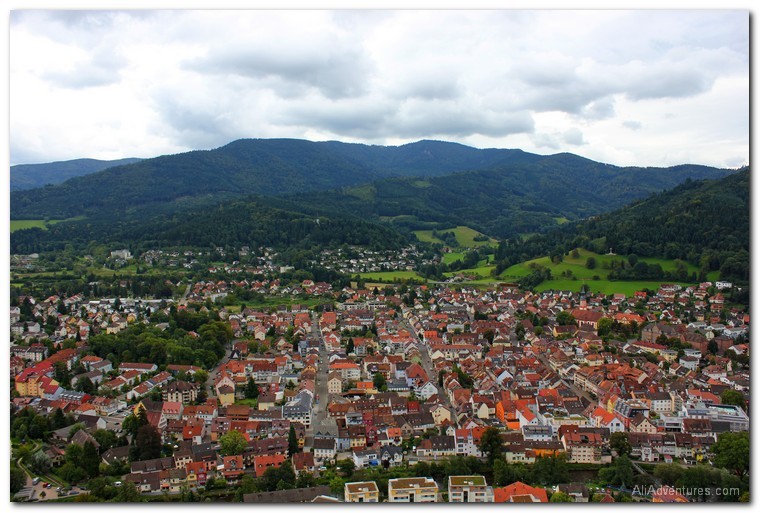 It’s not a big tourist attraction. The signs are only in German. But entrance is free, and we were the only people up there that day. I also really enjoyed that the ruins were pretty much left alone. The stairs to climb the tower are obviously modern, and there are some lights around the castle (it looks pretty from the center of Waldkirch when it’s all lit up at night), but the ruins give a great feeling of going back in time to the Middle Ages. Or to the set of a Monty Python movie.