Making Our Own Belgian Chocolate in Brussels

Belgium is well known for various foods, but the one I was most excited about trying was chocolate. So on our first day in Brussels, I was happy that one of our first activities was going to Zaabär, a chocolate shop, to make our own goodies.

First we had a few minutes to wander around their store and try dozens of types of chocolate. They had different levels of dark chocolate, but since I’m more of a milk chocolate person, I quickly moved on to the flavored types. Easily my favorite was the chili chocolate, closely followed by salty and cinnamon.

Then Jessica from Zaabär gave us a brief lesson on chocolate. We learned that cacao can only be grown in warm, humid climates, so it’s found near the equator, and it’s only harvested twice a year. Originally grown by the ancient Mayas, it was spread to other parts of the world by Cortez. We also learned that chocolate has health benefits: it’s good for the heart and for depression. I think that explains why most of us reach for chocolate when we’re having a bad day!

Finally the fun part: playing with the chocolate! (My fun was crushed a little when I found out we had to wear hairnets. I really hope no pictures of me wearing the hairnet show up anywhere. But I digress.) After the chocolate is heated, it must be cooled off a bit before you can work with it. They have a machine that does this, but instead they showed us a more traditional way, which was more fun to watch anyway. They poured the chocolate onto a marble counter and spread it around for a few minutes until it cooled to the proper temperature.

We were shown how to make a few different types of chocolates, and then they handed the reins over to us. Aside from the chocolate, we were provided with a bunch of different ingredients to put in the chocolate, such as cinnamon, nuts, dried pineapple, and lavender. 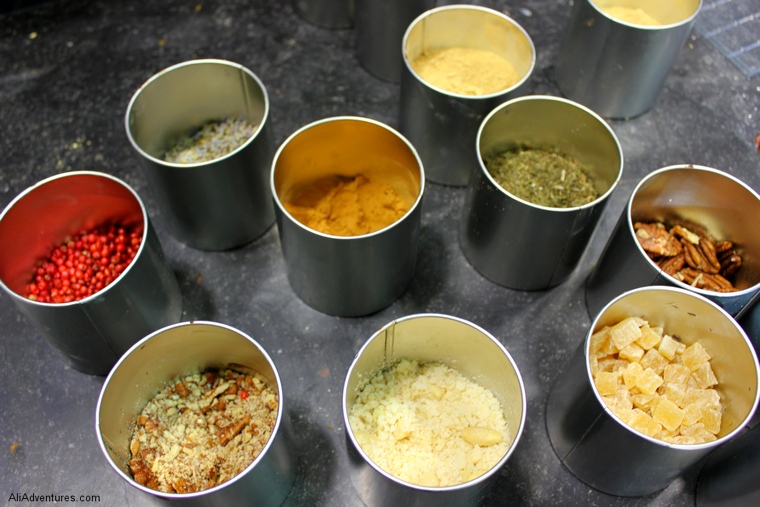 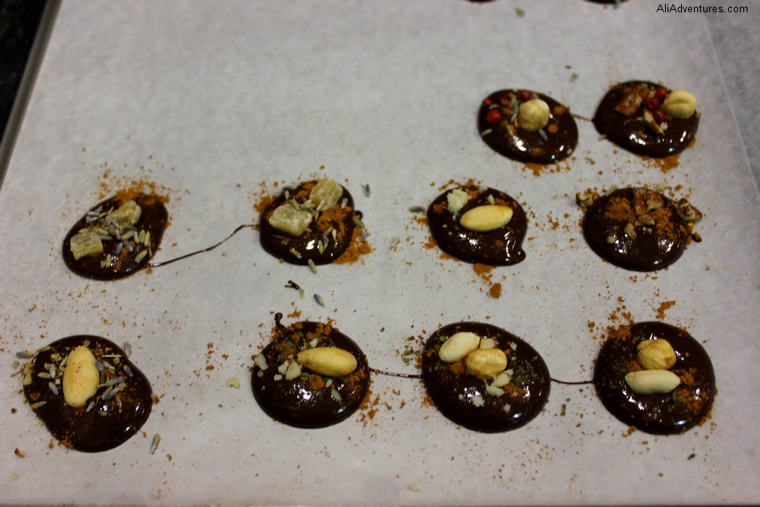 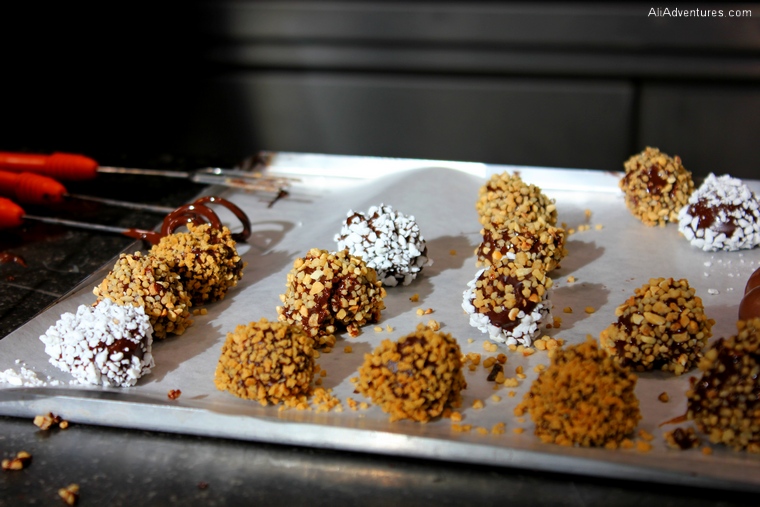 After trying mine, I’m not sure chocolate making is my life’s calling, but it certainly was fun to do. Since Andy and I are traveling for another week before going home, we didn’t buy anything, but Andy and I are set on ordering some chili chocolate and salty chocolate once we get home. And luckily they gave us a goody bag to bring home which we have been snacking on for the past few days. Yum!