Lost and Found in Denmark’s Castles

While Andy and his dad were hiking through the Cumbria lake district in England, I was exploring Paris (more on that later) with my friend Rachel, followed by a few days of solo travel in Copenhagen, Denmark. I could tell I was a little rusty at solo travel almost as soon as I landed in Copenhagen. The metro ticket machine confused me, I almost got on a train instead of the metro, I couldn’t figure out if I needed to validate my ticket, and I got lost several times trying to find my hostel because I’m not good with maps. So I gave myself permission to do almost nothing once I finally got to my room. 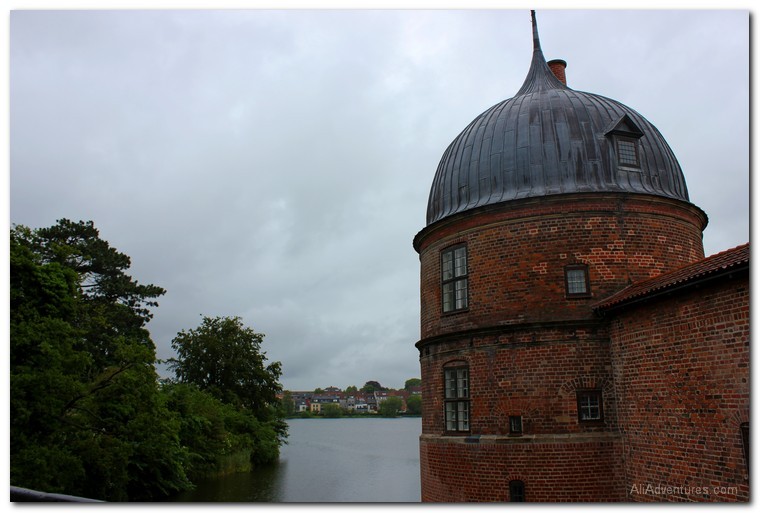 I love castles. Especially medieval ones and ones that are in ruins and ones that remind me of Monty Python. During my Copenhagen research, I found a few castles that interested me, though both were built more recently than the Middle Ages, just a short distance from the city. They are some of the most popular day trips from Copenhagen, so I planned my first full day to go explore two of them.

The next morning I decided my best option for breakfast was to find a grocery store and stock up on a few things on my way to the train station. An employee at the hostel gave me a better map and drew on it for me to show me how to get to the train station and where several grocery stores were. Of course, it was rainy and windy, and I was without an umbrella, so the whole walk was still super frustrating. But I did eventually find some food and the train station.

My problems didn’t end there. The train station really looked like a big shopping mall, so it took me a while to even find a ticket machine. When I did, I looked up the town I needed to get to Fredriksborg Slot, but for some reason I wasn’t 100% sure it was right. Maybe the name wasn’t exactly what I had written down or there was a piece missing, but in any case it didn’t feel right. Instead I headed over to the chaotic ticket office.

Wait time was listed at 20 minutes, but I ended up waiting almost double that for my number to be called. I was so frustrated about getting a later start than I had hoped, and I was almost in tears with irritation. But finally it was my turn, and the friendly man behind the counter informed me that there was a regional ticket that would cover all the trains I needed for the entire day, and it was only 130DKK (about 17.50€ or US$19.25). That was cheaper than the total of all the trains and buses I needed for the day. Things were looking up. 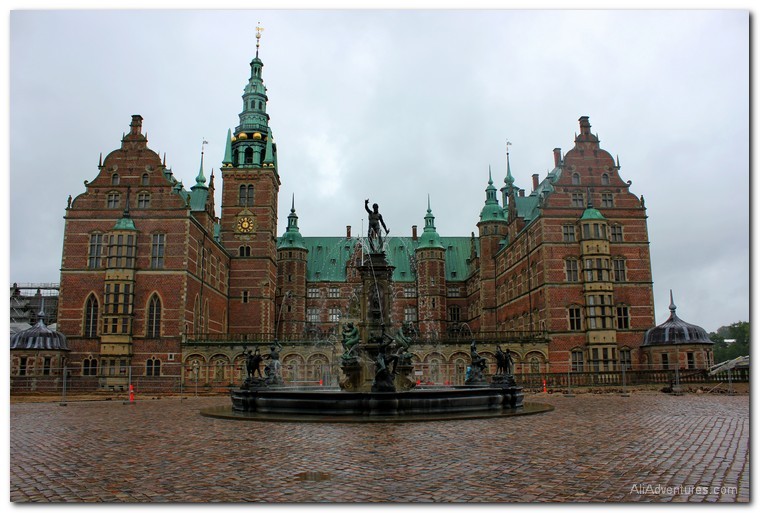 I started with Fredriksborg Slot (Slot is the Danish word for castle) which was built in the 17th century. Getting there was fairly uneventful except for the light rain that wouldn’t go away. Though I don’t normally like renaissance castles so much, the northern European feel to this one really appealed to me. 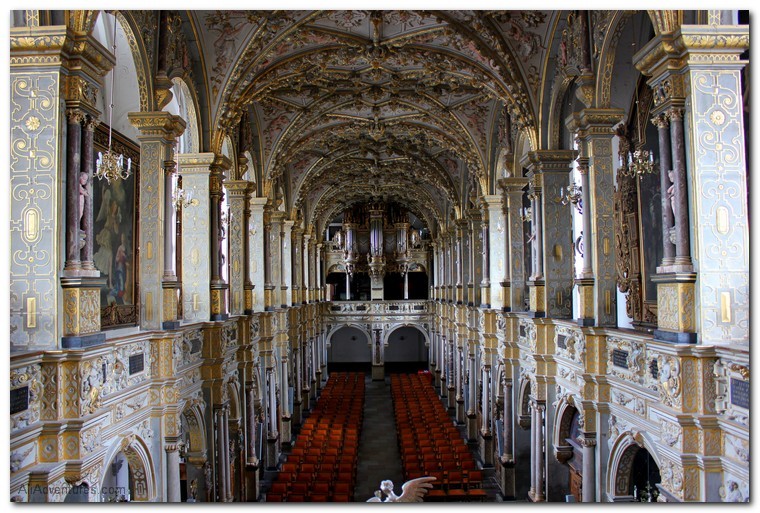 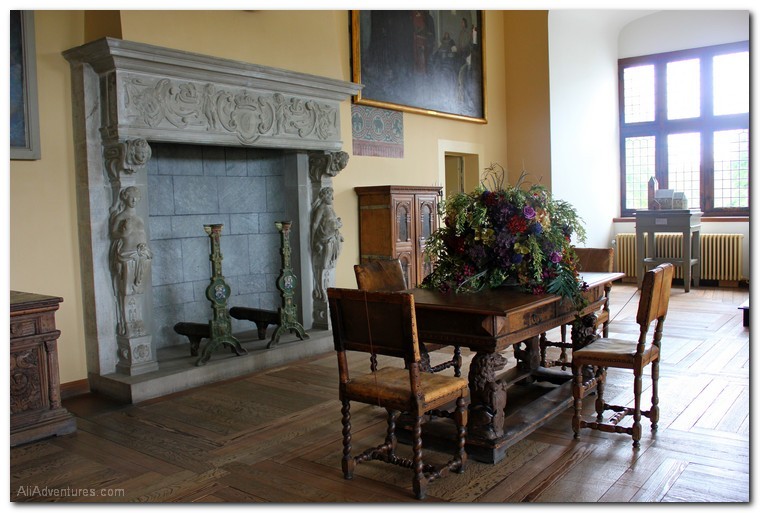 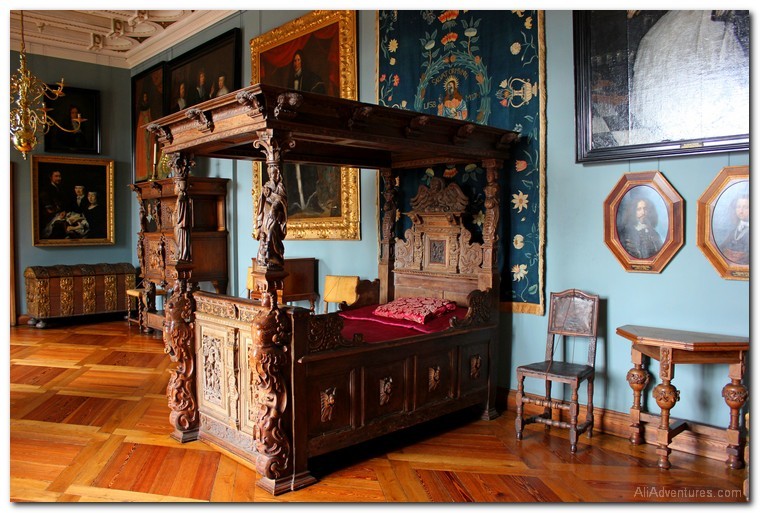 I also liked that it wasn’t too crowded. I sometimes had an entire room to myself, making it easier to take pictures or just enjoy what I was looking in peace. There were a few signs in English, but after awhile I was content to just admire without reading all the details. Behind the castle are some extensive gardens, but given the weather, I skipped it.

Of course, as I was wandering away from the castle in search of the bus stop, the sky cleared. At least I got a sunnier shot of the castle on my way out. 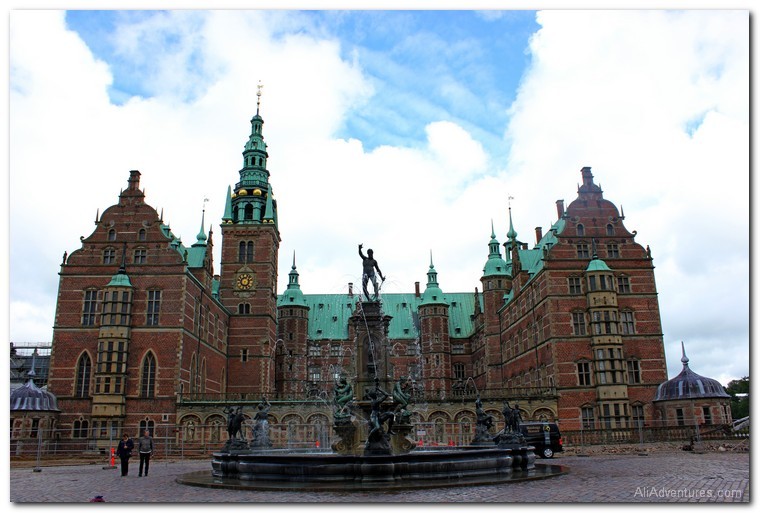 I didn’t want to waste time at a cafe for lunch, but eating on the run is a struggle with my new dietary restrictions.  Food can be a big source of frustration when traveling, and I’m still new at having to be careful of certain ingredients. I spent 10 minutes digging through the train station 7eleven and ended up with two chicken skewers, a pre-made smoothie drink, and potato chips. Meh.

The trains leaving from Hillerød Station (where Fredriksborg Slot is located) didn’t seem to be labeled too clearly, or maybe I just didn’t know what I was looking for. I jumped on what I thought was the right train, asked someone if it went to Helsingor Station (where Kronborg Slot is located) and hoped for the best. Luckily it was the right one. 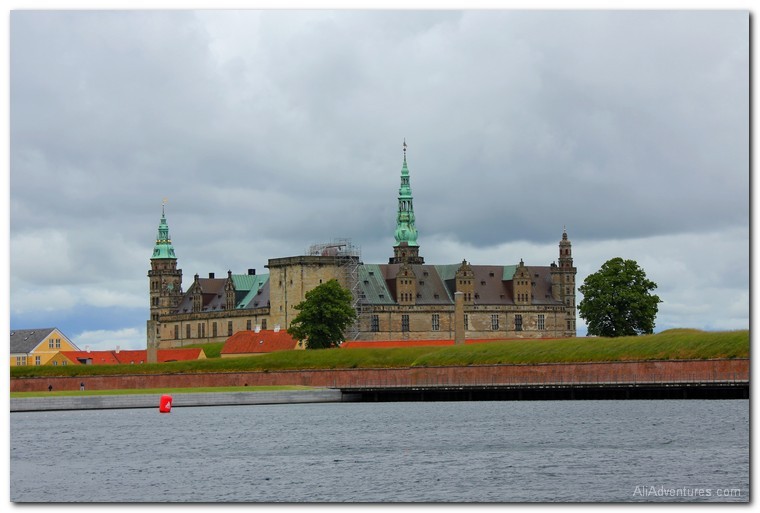 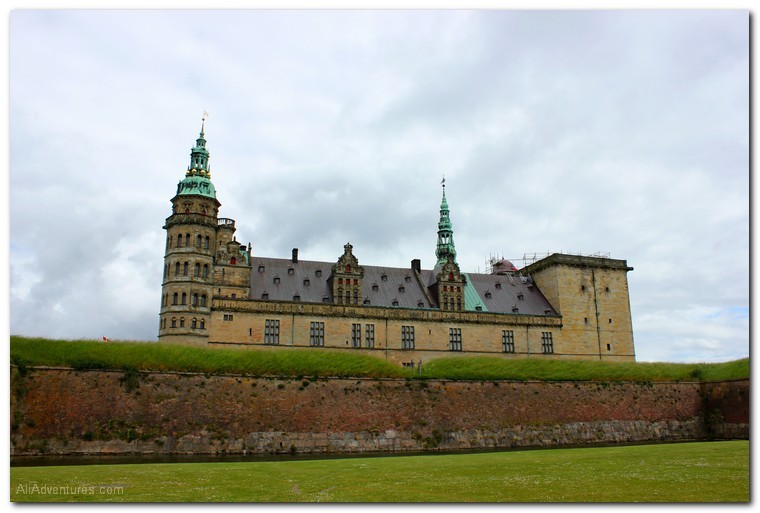 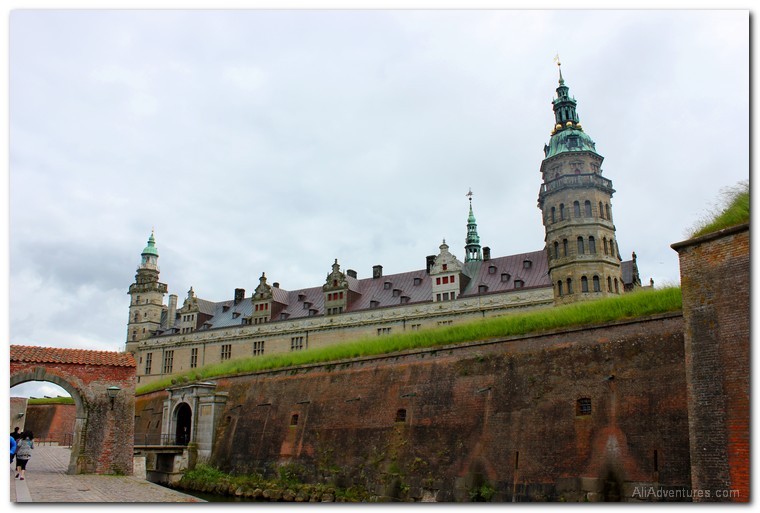 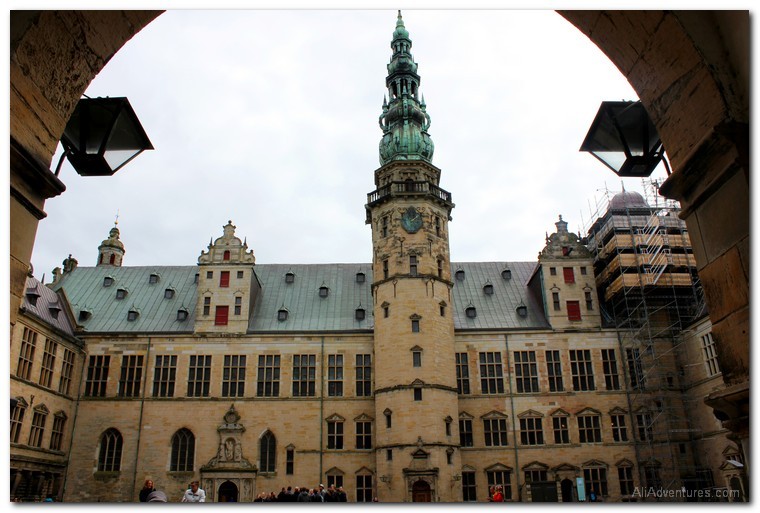 Kronborg Slot is known as the Hamlet castle. It was used as the setting for Shakespeare’s play Hamlet, which means it draws more tourists. While it is an impressive-looking building near the sea, I didn’t like it as much. The inside felt a little more bare and the pathways through the rooms were a little harder to follow, so I’m not even sure I saw everything. 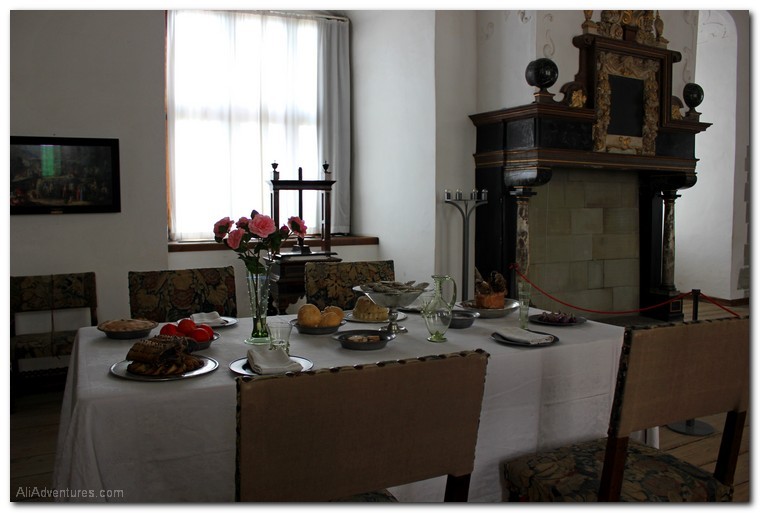 That’s fake food on the table. I thought that was weird. 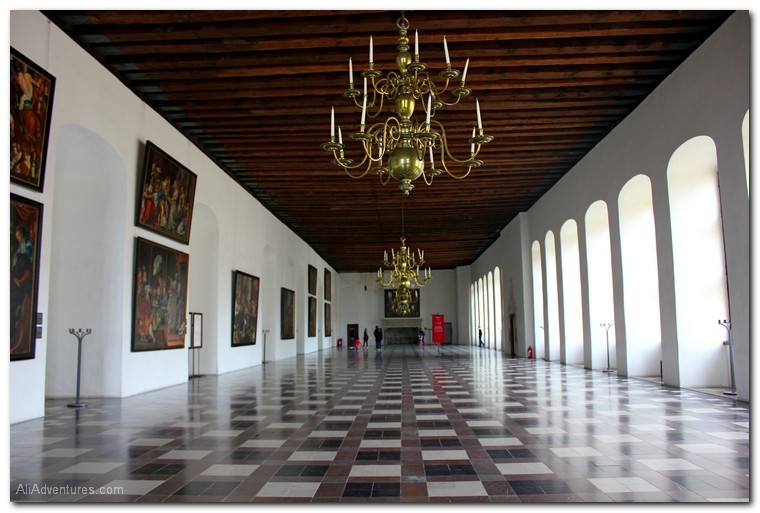 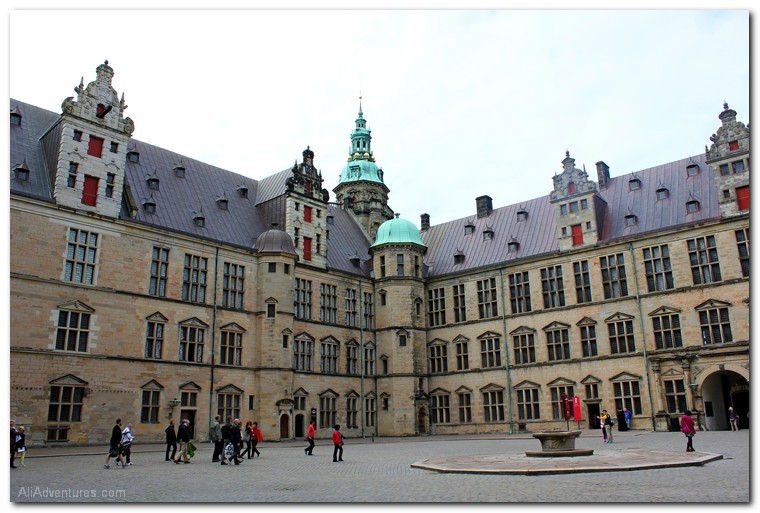 Towards the end, I wandered into an underground section that was dimly lit. As I explored, it kept getting darker, and I considered turning around. Right before I did though, I saw a guy ahead of me using the flashlight app on his phone. My phone was in my day pack in a locker. I made a joke to the guy about the creepiness of it all, and the two of us explored for another 10 minutes or so before deciding it was just too weird to have so many rooms with zero light. 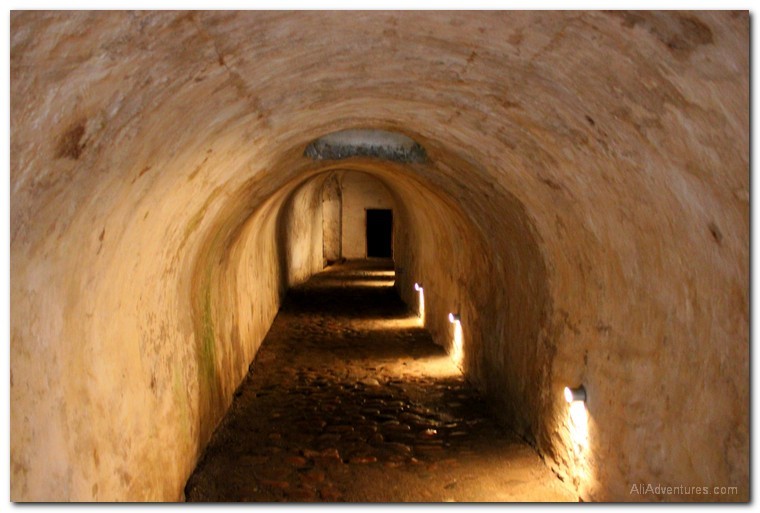 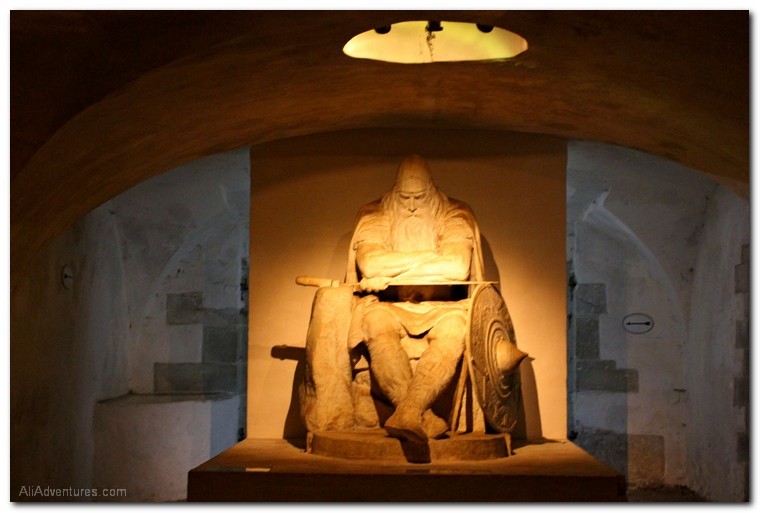 He was there with a woman he had met the day before, so we three solo travelers hung out for awhile. We wandered around the outskirts of the castle and admired the views and talked about where we were traveling. Nothing earth shattering, but it reminded me of how important it is to reach out to other people when I’m traveling solo. Even if it’s just a few minutes or a few hours, it’s good to connect with others. We walked back to the train station together and rode back to Copenhagen, and from there we went our separate ways. But it was enough. 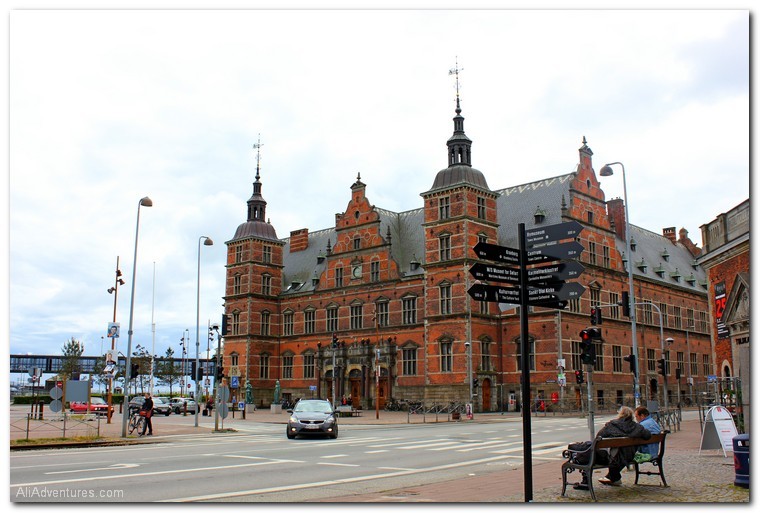 I thought the train station near the Kronborg Castle was pretty impressive too. 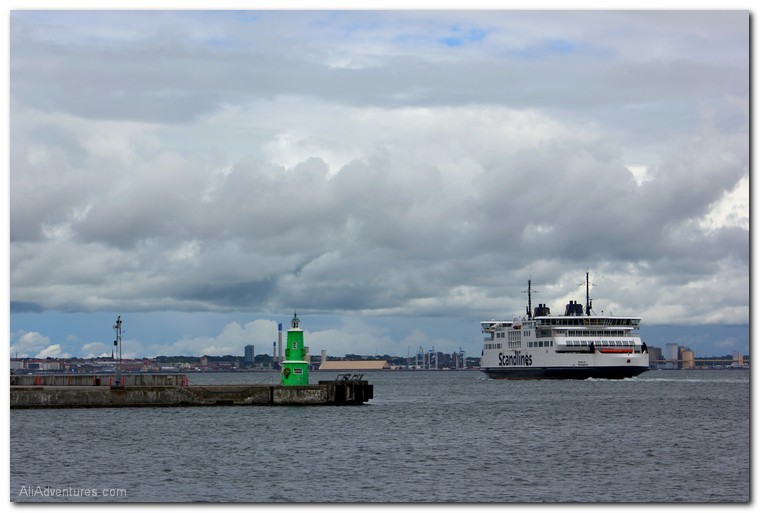 This has nothing to do with the castle. But you can see Sweden way back there, which is where the ferry is headed. I was so close, and so tempted to hop over there just to check it off, but I resisted.

Those two travelers showed me pictures of an interesting section of town they had seen the day before, so I decided to check it out once we arrived back in Copenhagen. I even made sure to have them point it out to me on my map so I’d know exactly where I was going. I looked at the street names at the intersection where I was standing, I saw a bridge and river on my map towards where I wanted to go, and yet I still managed to go completely the wrong way.

Seriously, this is one of the main reasons traveling without Andy sucks. We once got off a train and he said, “I don’t remember the name of our hotel or the address or the street it’s on,” but he still managed to find it in very little time. I could have several maps, written instructions, and a compass, and still worry if I should’ve packed food supplies and a survival kit.

That morning, getting lost yet again might’ve made me cry. But after  spending an afternoon exploring castles and chatting with other travelers, I shrugged it off and turned around, deciding to save it for the next day.

Luckily my castle day set the tone for the next day as well, and I had a much better grip on my solo day exploring Copenhagen itself. Because I certainly wasn’t done getting lost.

Sign Up
Blood Transfusions and Hospital Stays: How I Spent My Summer Vacation Copenhagen Food Tour