During our time in Pisa, Andy and I tried to see as much as Tuscany as we could. We worked during the week and took day trips or overnight trips on the weekends to places like Lucca, Siena, and Cortona. On one weekend, we decided to change things up by going to the seaside city of Livorno instead of another typical Tuscan village. We loved those Tuscan towns, but we thought it might be nice to do something different. We were wrong. 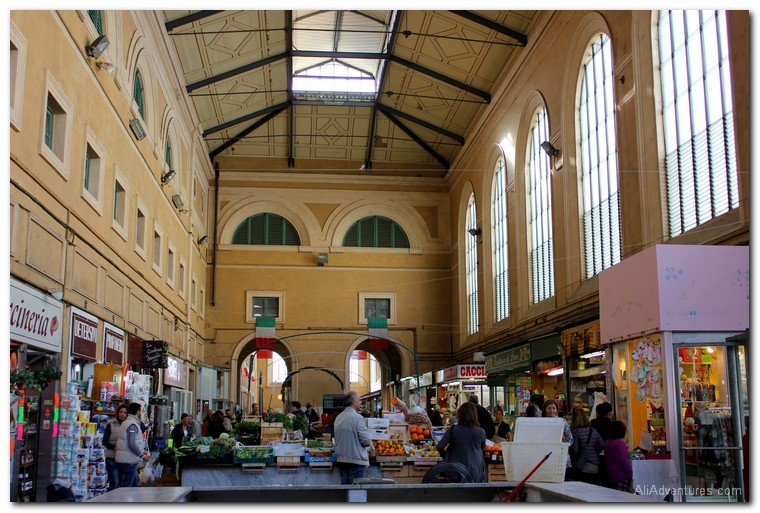 I’m sure Livorno has some redeeming qualities, and we actually thought it was nice enough for the first hour or so. We wandered through a market, we walked by the water, we saw some interesting architecture, and we walked through the somewhat creepy ruins of a fortress. But then things went downhill.

We had a hard time finding lunch, and we were starting to realize this was not a Livorno problem, but an Italy problem. I love Italian food, but after being in the country for almost two months at this point, the customs of what kind of food you can get at what time of day was wearing on me.

Our lunch that day ended up being pizza. But at lunchtime you can generally only find the crappy square kind, which is different in taste as well as shape. (I’m sure there are good ones somewhere, but I have yet to find one like this that I like.) It didn’t quite do it for me, so I continued to look for something small to hold me over.

Eventually we found a cafe that had bruschetta in the display case, which sounded perfect. But no, that was for apertivo later in the day. The woman behind the counter would not sell me bruschetta at 2pm. There was a pane of glass and an annoying woman between me and a decent snack, and I suddenly found myself crying out of frustration at the table. 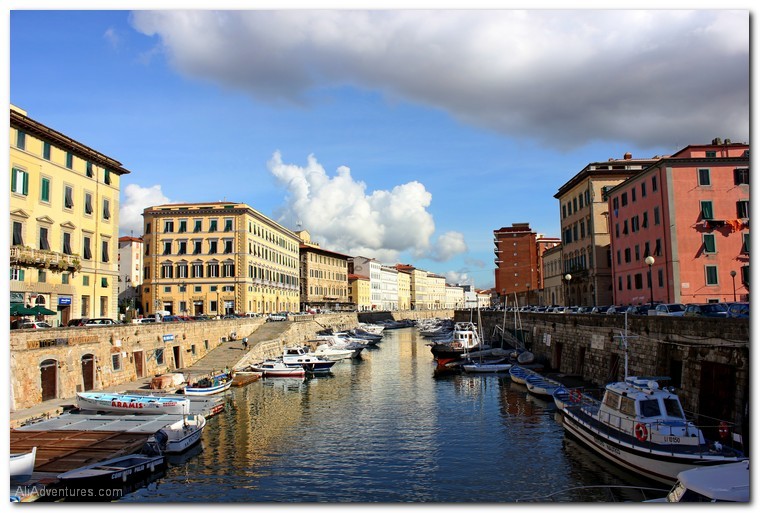 Meanwhile Andy was overdue for a haircut, so as we wandered around, we looked for a hair salon or barbershop for him. But at this point, it was mid afternoon and everything was shutting down. Spain isn’t the only country that does siesta – it applies to almost all of southern Europe. It sounds over-dramatic, but we were starting to feel like everything was failing that day. We gave up and went back to Pisa early, where Andy found a real barbershop, which he loved.

Then I wanted to go shopping because I needed a new bra. It’s worth noting that I don’t like shopping under normal circumstances, but I especially don’t like shopping in Italy. A few weeks earlier, my one pair of jeans developed holes in the thighs. I couldn’t find department store type places in Pisa, and the one store I recognized from home was located an hour outside of Florence. It would’ve taken me two hours to get there.

On top of that, the Italian sizes are smaller than in Germany, which makes it even harder for an overweight woman to find anything. All the little boutiques sold tiny sizes and expensive clothing. Eventually I went into a secondhand store, and the only thing the owner could find for me was a pair of men’s jeans. These jeans made me feel awful, but at least I had pants.

On Livorno day, when I was back in Pisa shopping for bras, I saw myself in the mirror in those men’s jeans, and I felt frumpy and fat. It was depressing. Luckily I found a couple of bras, but that wasn’t going to cheer me up. I was practically in tears in the middle of some trendy little shop surrounded by girls in skinny jeans. I’m not obese, but Italy was starting to make me feel like a whale. 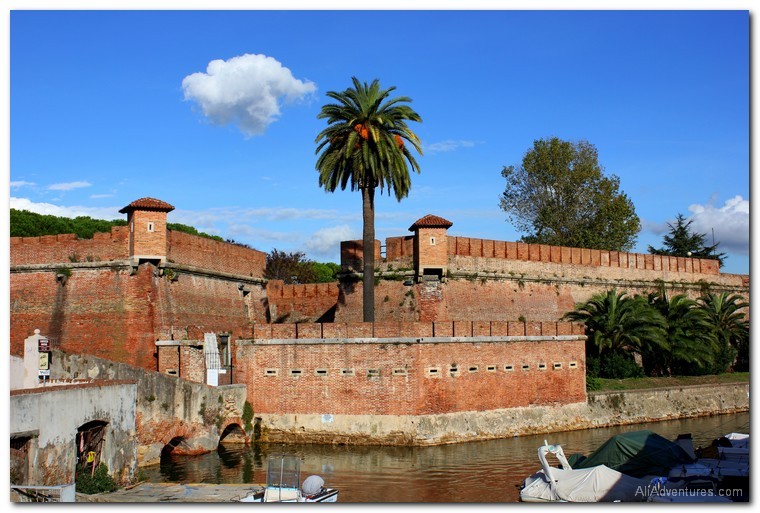 I was so happy when, a few weeks later, we arrived in Barcelona. The store that was an hour outside of Florence? Barcelona had two locations right in the middle of the city, and their sizes were in line with what I’m used to in Germany. The first thing I did after we checked into our hotel was buy a pair of jeans that fit me properly, and I felt so much better.

Italy, I love you, but I think we need a break. Between the rigid food timing issues, the teeny tiny clothing sizes, and the general feeling that nothing is all that reliable, I think it’ll be awhile before we return.