How Much Money I Make Online: Income Report December 2016

Making money online was never a lifelong goal of mine. I mean, the first company I worked for after college still used a fax machine on a regular basis. Earning money from the comfort of my own home, or from a beachfront cafe in Thailand, wasn’t on my radar back then. But that all changed a few years ago when I realized the work I was putting into my websites could turn into a real income. Here’s how much money I made online in December 2016. 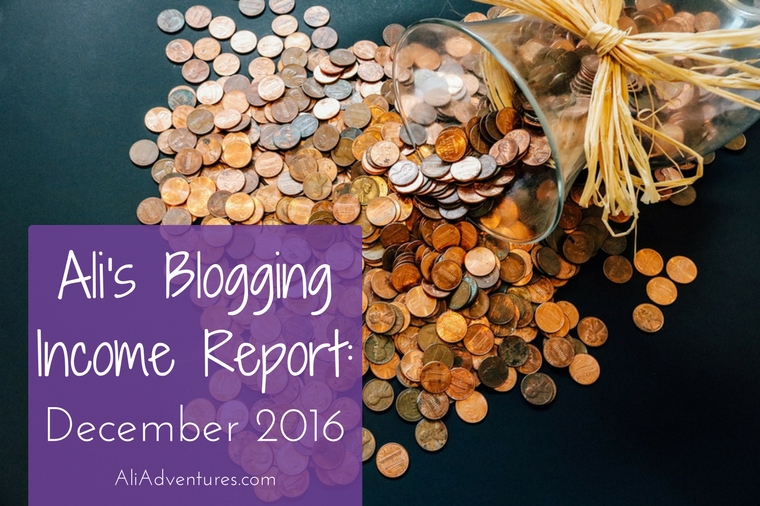 How much I earned from blogging: December 2016

Now the majority of my income comes from Travel Made Simple. I’ve made a lot of mistakes, but I also have a lot to share with you so you can learn how to start a blog and how to make money online. I’ve decided to start showing you how much money I earn from blogging each month, plus what’s working and what isn’t and what I’m learning along the way.

In case you missed it, last week I talked a little more about how I got here. In that post I also provided a summary of how much I’ve earned from blogging so far. Check out my not-so-straight path to making money from blogging.

These numbers do NOT include money I earn outside of my own websites. I do VA (virtual assistant) type work for two other websites, and I occasionally write freelance articles.

Notes about my income numbers

I’m reporting my income in the month I was paid, not the month it was technically earned. This is how I track things for tax purposes, so it makes more sense that way. There is often a delay between “earning” the money and actually getting paid, and it can be anywhere from a few weeks to a few months delay.

For example, the Amazon affiliate commission I got in December was from sales made in October. The money I got from AdThrive was mostly from advertising in October and even a little from September.

As for the expenses, a lot of what I paid for in December was either a one-off thing, like the consulting, or annual fees, like Tailwind and Canva. My monthly expenses were higher than normal for December because of these. I’m not including expenses for things like health insurance, travel costs, living expenses, etc.

Luckily we found someone who was able to recover everything for the price of 75 euros. But this shouldn’t have happened! We had been saying foreeeever that we needed to sign up for a good back-up system, but we just kept putting it off. Now we have an account with CrashPlan, which automatically backs up all our files throughout the day, for $150 annual for both me and Andy. Totally worth it for the peace of mind, and really, a back-up plan is a necessity for those of us with a digital life.

Update: CrashPlan no longer offers smaller plans. They’re really aimed more at larger businesses, and it’s just not worth it for us. So we’ve switched to a company called BackBlaze, and that’s working out nicely.

One of the best things I’ve done recently was take this affiliate marketing course. I did know some of the information given in the course, but I also learned a lot.

Some of the tips were so simple to implement and result in more clicks and more income. Some of the advice takes a little longer to see results, but I’m working on it. I’m learning a lot about using Pinterest and Tailwind. I’m learning about affiliate programs I never knew existed and ways of promoting things I believe in. And best of all, there’s a private Facebook group that is incredibly helpful and supportive. Sometimes bouncing ideas off other people is just what I need. I’ll write a full review of the course soon.

>>Read more about why I love making money from affiliate marketing.

As for things that aren’t working, I’d have to say my ebook. The amount I earned from my ebook is pretty sad, huh? When I first released the packing book two and a half years ago, I didn’t do much marketing for it. Travel Made Simple had enough traffic to get me a handful of sales for awhile, usually anywhere from 20-40 books a month (so roughly $40 to $80 a month earned), but that has dropped off, and I don’t promote it much anymore. It’s had a nice run, but I can’t put energy into it these days.

What’s going on with me and Andy

Since my blog is often behind what’s currently going on in my life, I thought this would be a good place to give you an update on what’s happening in real time.

Overall 2016 was a bit of a struggle for us. Money was tight, and we didn’t get to travel nearly as much as we thought we would. I also had some health problems late November/early December, but luckily I’ve recovered really quickly this time.

Things are starting to pick up though. Work for both of us has improved, and we’re feeling pretty optimistic about 2017.

In just a few days, we’re flying to Panama. We’ll be traveling with Andy’s parents for two weeks through Panama City and the canal, Boquete, and Bocas del Toro, enjoying the sun and exploring a new country. After Andy’s parents fly back to the States, Andy and I will continue on to Costa Rica and Nicaragua for another two weeks.

Our views on winter travel keep adjusting every year, but for now one month of travel in a warm destination works for us. Berlin is just too gloomy in the winter. Seriously, in December and part of January we get less than 8 hours of daylight per day, and it’s almost always overcast. It gets depressing, so we have to get out and go someplace warm and sunny.

Watch out for January’s blogging income report coming to you in February from Central America! And if there’s anything you want to know about making money online, let me know. 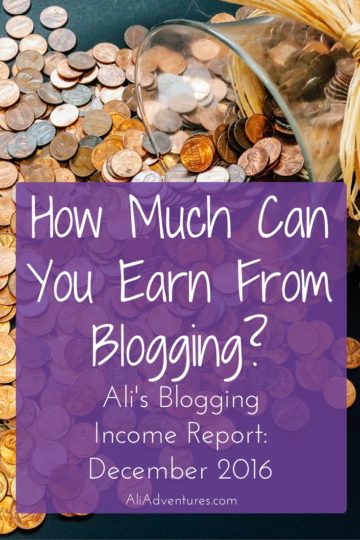 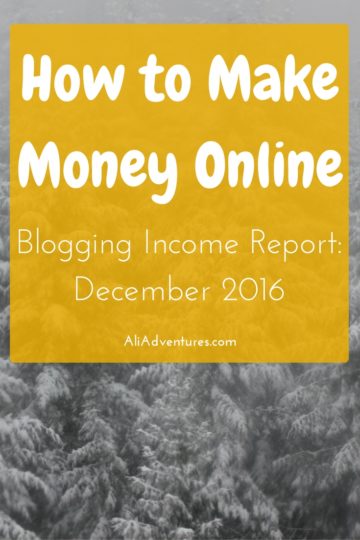 Sign Up
My Favorite Luggage for Traveling Carry-On Only Exploring Kosovo: A Country Under the Radar