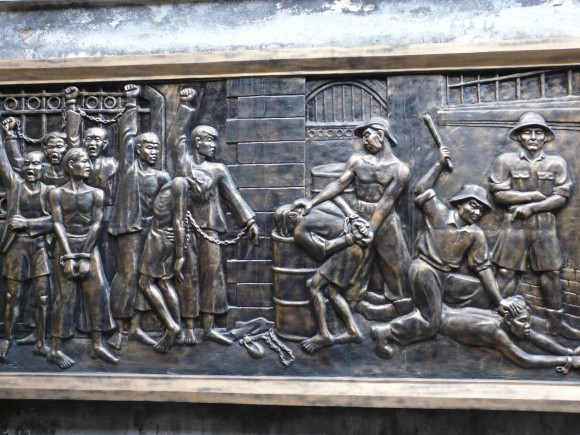 The first section of the museum was about the period of time prior to the Americans going to Vietnam, when the Vietnamese imprisoned by the French. It told of torture, unsanitary conditions, a lack of food, and sickness suffered by those held captive. I certainly had never learned about this part of history. It was hard to take, hard to read about how the prisoners went through. Though it wasn’t exactly a full history lesson, and I’d be interested in reading about the French side of things. 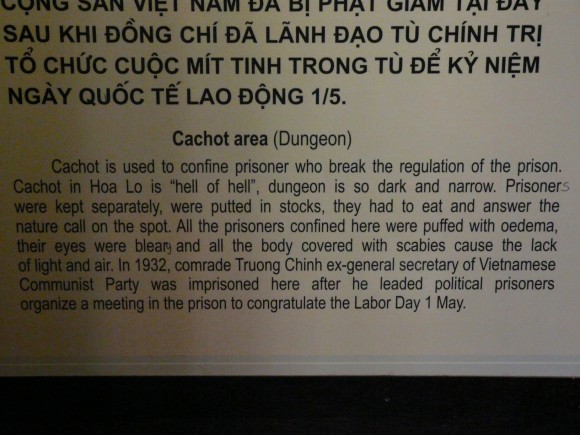 The second section was about the Americans imprisoned by the Vietnamese. The story suddenly changed. Instead of reading about tortured prisoners, I was reading about American prisoners playing checkers and cards, eating hearty meals, laughing and in general having a grand ole time. I’m paraphrasing a little, but one of the signs said that despite poor economic times in Vietnam, American POW’s were given better food and living conditions than the Vietnamese were getting. Even without knowing as much about the Vietnam War as I should know, I’m willing to bet Vietnam, or any country really, would not provide BETTER conditions for prisoners that its own citizens were receiving. It just doesn’t make sense. 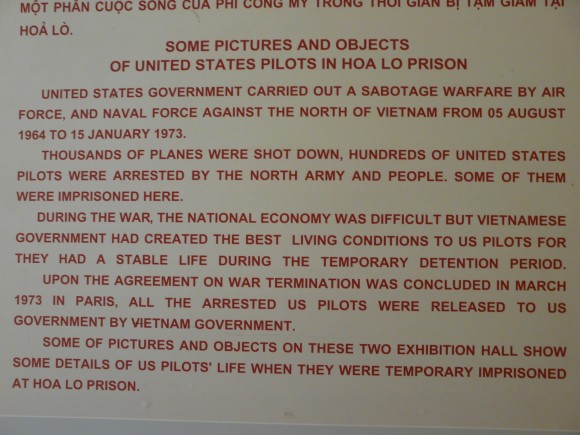 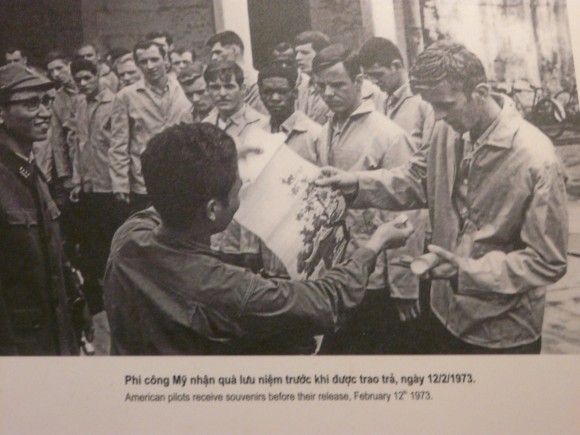 Lots of people have opinions about the Vietnam War and whether or not the Americans should’ve been there at all. It was odd just being in Vietnam knowing my country participated in such a controversial war there a few decades ago. Visiting the Hao Lo Prison Museum was even more strange. I never expected the signs to read “the Vietnamese tortured the Americans” but I also didn’t expect to read that the prisoners were having FUN. After this visit, I’m very interested in learning more about this period of history.