My friend Christine from college lives in England and I haven’t seen her since my wedding. I had been hoping for a chance to visit her since we both live on this side of the pond now, and I finally got that chance in June. Andy was hiking in England, and I scheduled a couple days with Christine after my visit to Copenhagen.

Christine lives about an hour or so outside of London and fairly close to Cambridge. She showed me around the town of Bury St. Edmunds, which has ruins of an old abbey next to the present-day abbey. I love exploring ruins because it feels almost like I’m stepping back in time into the history. 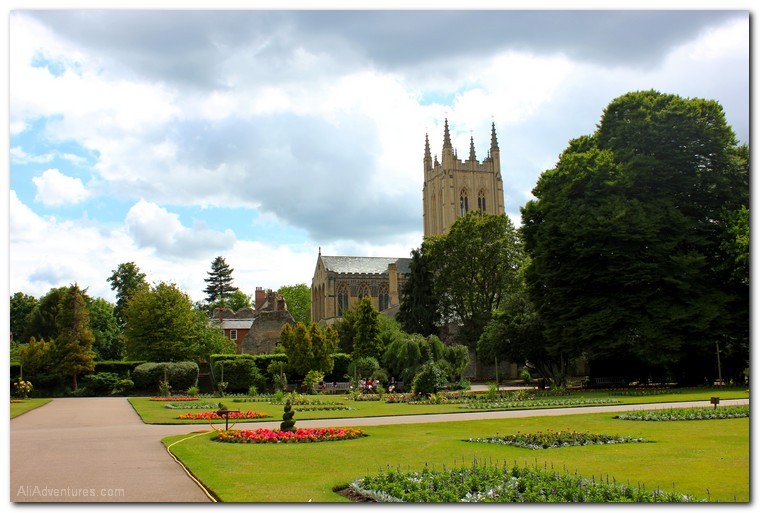 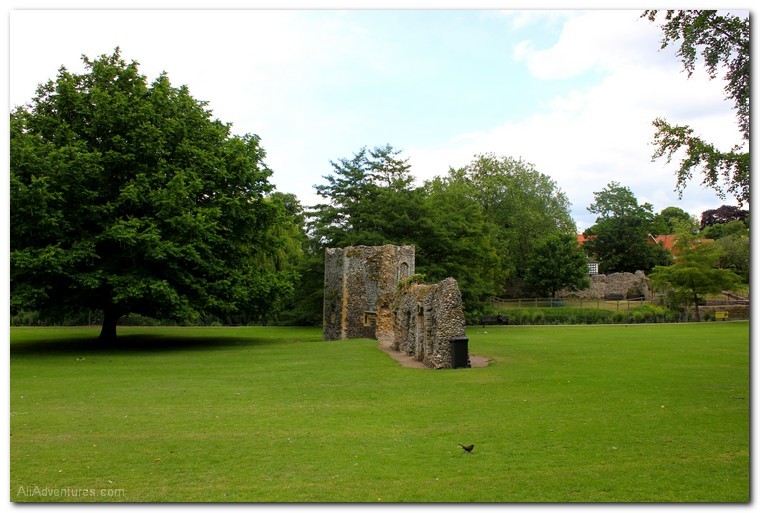 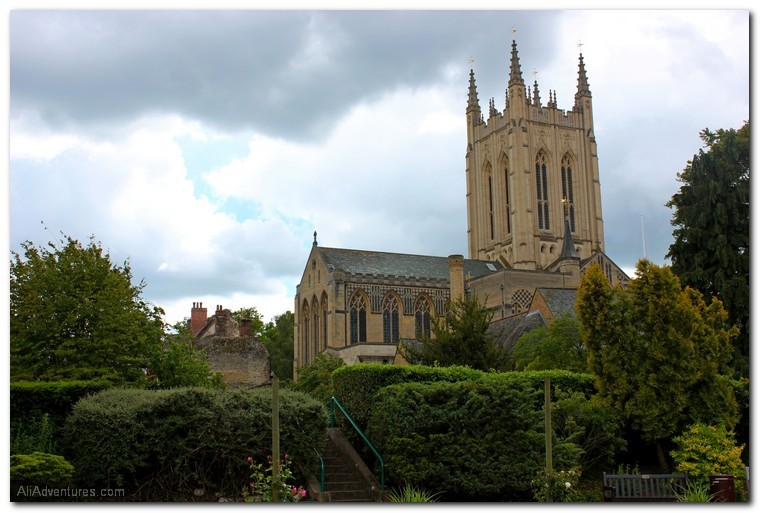 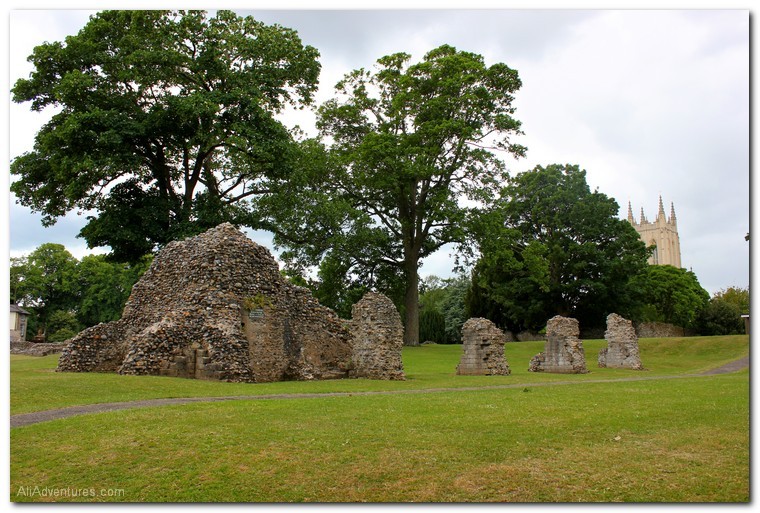 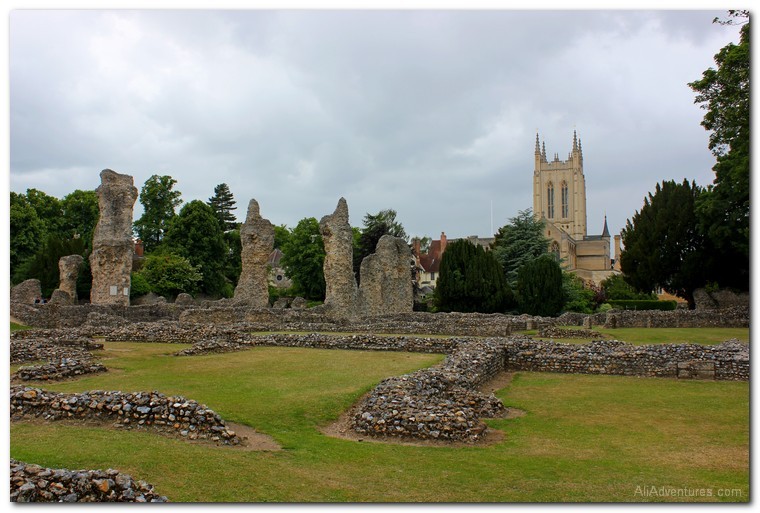 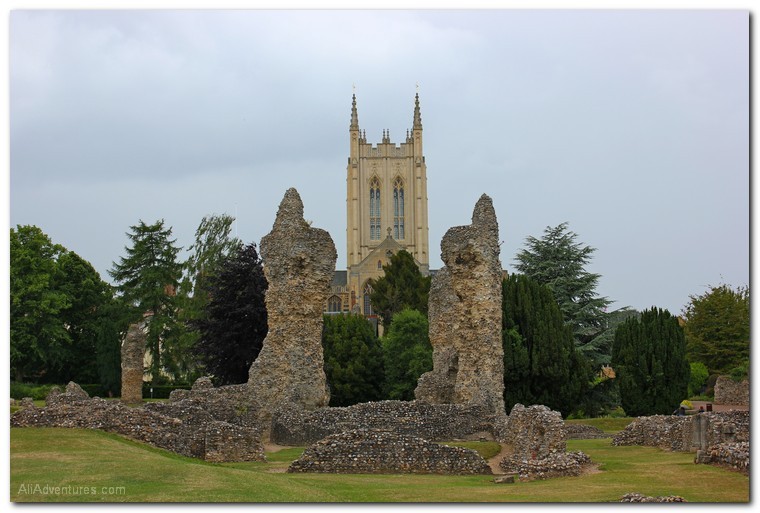 I also liked that the present-day buildings were built in a way that preserved what remained of the old abbey. It’s interesting to see the present and the past co-existing. 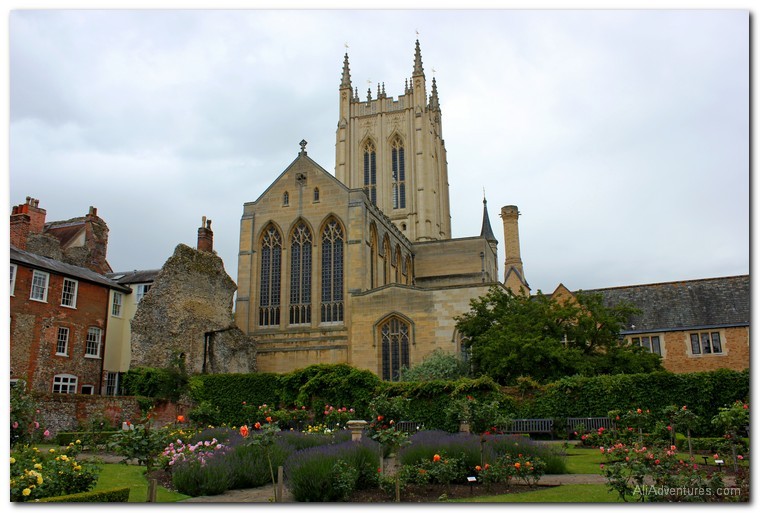 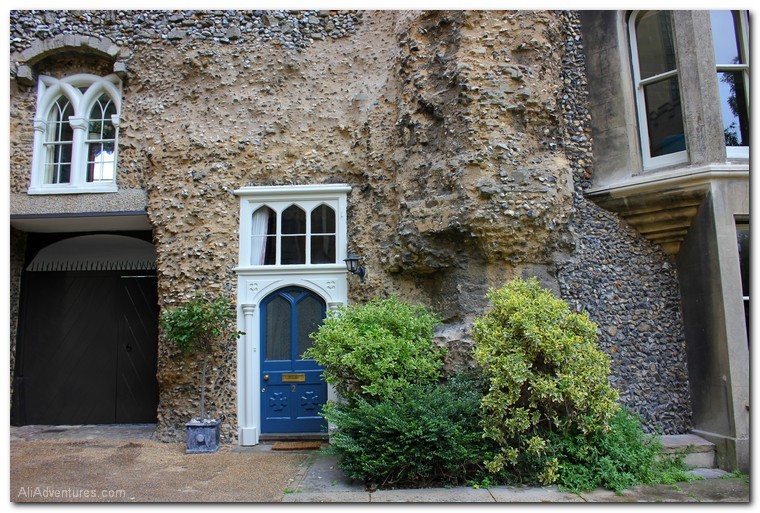 The current church was pretty and had a detailed ceiling that you could see easier with the help of a mirror they had set up. 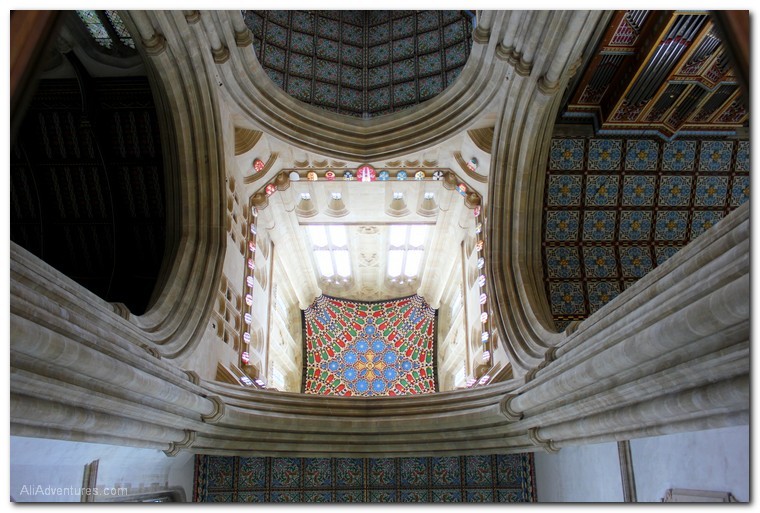 As Christine and I wandered back through town to go home, she pointed out a pub that claims to be the smallest pub in Britain. We didn’t go in for a drink, but I could tell from peaking through the window that it is indeed a tiny place. 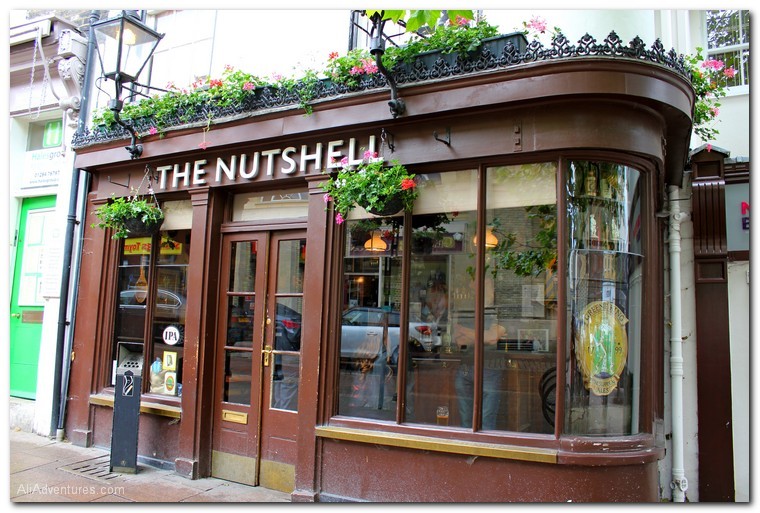 Overall it was a pleasant day wandering through a town I probably never would’ve visited on my own. Sometimes it’s nice to see places that aren’t so much on the tourist radar but still have a lot to offer. There were plenty of shops set up to donate to charities with each purchase, which was interesting. The abbey was really pretty, and I love ruins no matter where they are. It was a reminder that there’s interesting history all over England. Thanks for the fun day, Christine!