Travel can bring many difficult experiences in between all the fun times we set out to have. I was just reading a post from my friend Jaime about the Ganges River in India, and it made me think about all of the heart-wrenching or disturbing or awkwardly difficult moments I’ve experienced, especially while traveling in Southeast Asia for two months. I’m not even talking about visiting a concentration camp in Germany or seeing the Killing Fields in Cambodia. I’m talking about normal, every day life.

In most modern, westernized countries, the worst you are likely to see while traveling is a homeless person begging for money. That can be awkward enough, the dilemma of wanting to help versus what we’ve been told, that most of them will use the money for drugs or alcohol and that giving them money gives them no incentive to try to better their lives. But get out of these countries and into the less developed countries, and it’s a totally different situation.

The parts of Indonesia I visited weren’t so bad. The roads weren’t great, the sidewalks were in desperate need of repair, and the houses wouldn’t exactly pass inspections in the US. I knew this was not a wealthy country. But a few weeks later when I got to Cambodia, things really changed for me.

Aside from the already disturbing images of the Killing Fields and the Tuol Sleng Genocide Museum, men lingered at the entrances and exits asking for money. They were all missing a limb or two, most likely from landmines.

After visiting these museums to learn about the horrors of the Khmer Rouge, I went to get a couple beers with another woman in my hostel. While sitting by the river, little kids constantly came up to us asking for money and trying to sell junky bracelets or bootlegged DVDs. We also saw a woman bathing herself and shampooing her hair in the dirty river just a few feet away from us. She either didn’t have running water in her home or didn’t even have a home.

In Siem Reap while visiting Angkor Wat, we were constantly hassled by people, almost all children. They were selling everything from cans of soda to junky jewelry to postcards, all for US$1. Not only did I not want what they were selling, but I had read that buying things from these children encourages their parents to keep sending them out there to sell instead of going to school. It also teaches the children that they can make money without even knowing how to read, reinforcing their parents’ reluctance to send them to school. 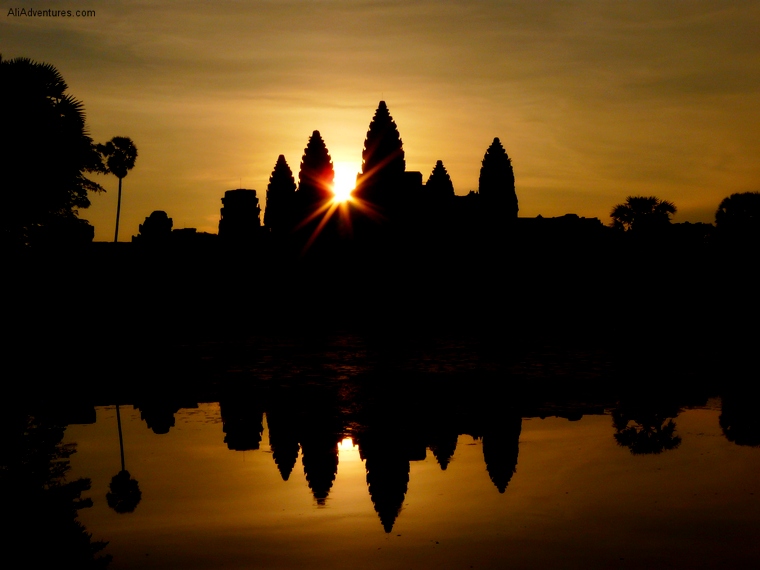 In the beautiful country of Laos, I was constantly aware of the destruction my own country caused. During the Vietnam War, the US dropped 260 million cluster bombs on Laos, making it the most bombed country in history. That’s approximately one plane load of bombs dropped every 8 minutes from 1965 to 1973. Read that sentence again. That’s insane! Approximately 75 million (I’ve read as high as 78 million) of those bombs didn’t explode and less than 1% of those have been removed, which means decades later, people there are still injured or killed by unexploded ordnance.

I didn’t even visit any of the organizations dedicated to helping victims, but I saw people with missing limbs or other obvious signs of injury, most likely from the UXOs. But the people of Laos were some of the warmest, nicest people I’ve ever met. No one even flinched when I said I was from the US, even though I’m sure every single one of them knows it was the US who provided them with a potentially never-ending supply of pain. 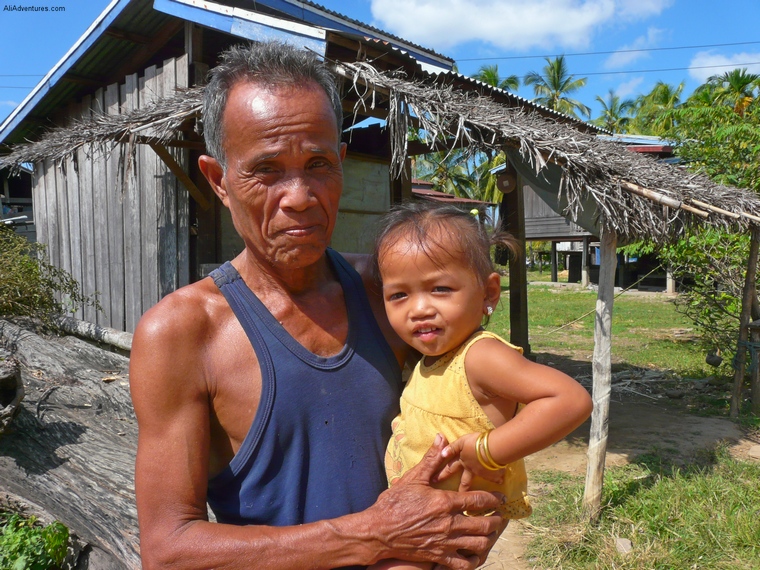 When my flight to Vientiane was delayed and I was stuck in the Pakse Airport for hours, a few of the airport employees wanted to talk to me. Aside from the normal confusion at a female traveling alone, they were shocked to hear I was traveling for five months. How much did that kind of travel cost? How could I afford that? I blushed with embarrassment trying to answer the questions, knowing the amount I spent on five months of travel was more than they earned in several years. That was confirmed to me when one of the men told me how much he made: approximately US$140 a month. And that’s actually a lot since a job at the airport pays more than the average.

As difficult as it was to see these horrible situations, it reminded me how good my life is in so many ways. I love seeing the famous sites, eating the delicious food, and experiencing the fun activities. But it’s also important to look at the reality many people live with in many parts of the world. It might be uncomfortable, it might make me want to cry, but these difficult moments are just as important to my travel experience.