Instead of going to just any Thai restaurant in the city, I decided we should try a Berlin institution: Thai Park. It’s technically not a restaurant, but it’s unique enough that it qualifies for my project, and it’s definitely one of the cool and alternative things to do in Berlin.

Thai Park is a park where dozens of Thai families go on weekends in the summer to hang out and enjoy good food. Vendors sell Thai dishes in sort of an open-air market in the middle of the park. They cook the food right in front of you on little grills and woks, and though there are some selling food that’s been sitting for awhile, it’s easy to avoid. 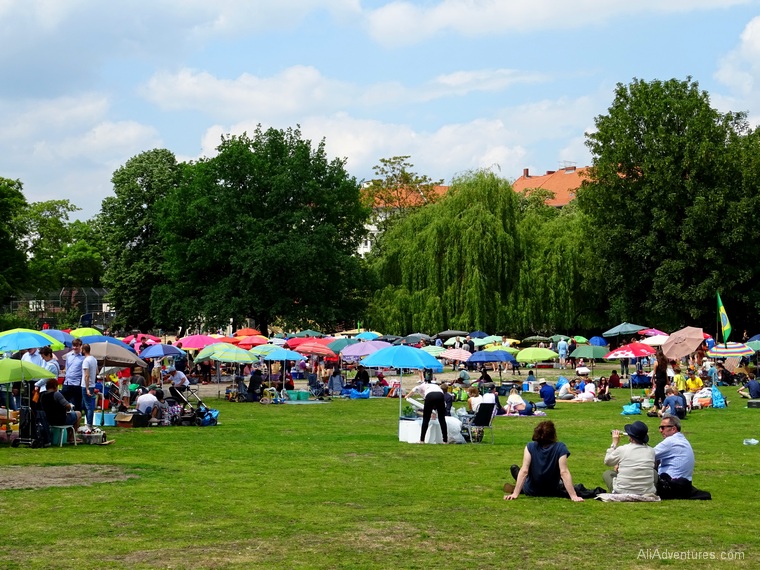 The story goes that Thai families have been coming to this park for decades. At some point, someone else nearby asked if they could buy food from them. The Thai families started selling their food at the park, and over time, it grew.

In the overly bureaucratic, rule-abiding German society, it’s amazing Thai Park has survived this long. But we’re all glad it has, because it’s an amazing place.

We’ve now been to Thai Park twice. We’d go more often if it wasn’t located clear across the city, but hopefully next summer we’ll push ourselves to go a little more often. The food we’ve had so far has been pretty good, and it’s incredibly cheap. Lots of things can be purchased for 5 euros or less.

I tried shrimp Pad Thai the first time we went, and chicken Pad Thai the next time. Andy tried some chicken skewers that weren’t so great, but he enjoyed the Pad Thai next time around. 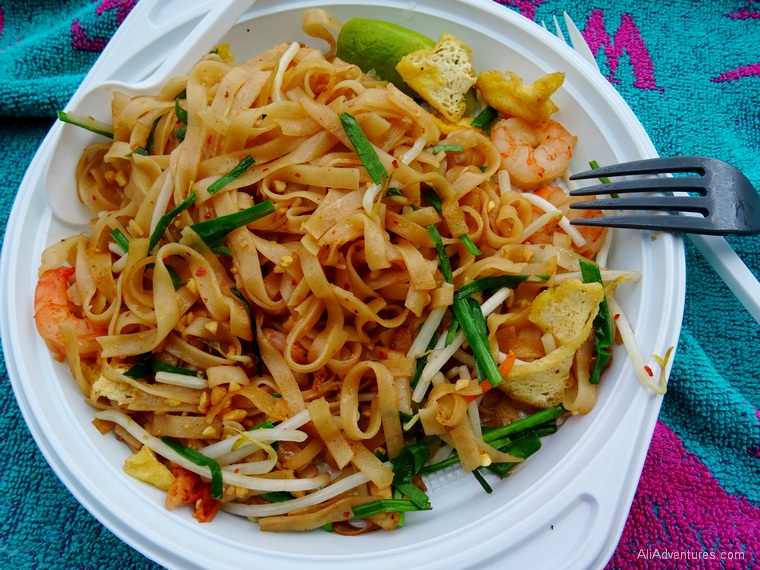 But watch out if you go…they really do make it spicy if you ask! I love spicy food, but I wrongly assumed the dried chili being sprinkled onto my food would be weak. Because Germany. But no, that little scoop of spice lit my tongue on fire. Andy had to run off and buy me a big cup of pineapple chunks to ease the pain.

I’ve read that the Pad Thai isn’t even one of the better dishes to get here, so I will definitely have to try a few other things, like the soups, when we return.

Update: We didn’t try any soups on our next visit, but we did come across a stall with a long line and tasty smells wafting from their woks. I have no idea what this dish was called, but it was beef, noodles, veggies, and chilies, and it was really good! 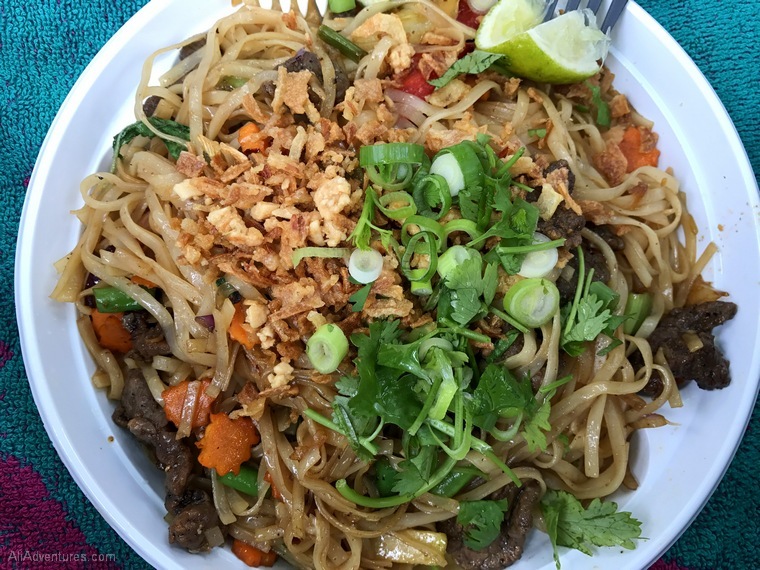 The park is officially called Preußenpark, and the closest Ubahn station is Fehrbellinerplatz. This site is in German, but there’s a map at the bottom. Take the U2, U3 or U7 to Fehrbellinerplatz and follow the path through the park until you start smelling the wonderful food. 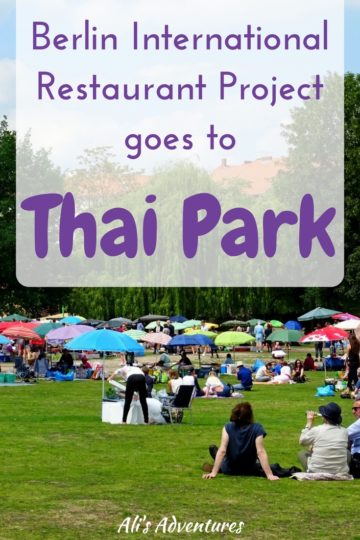 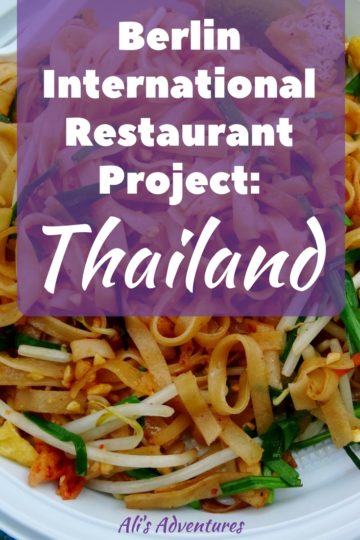