Auckland is Not Typical New Zealand – And That’s OK

When I was planning my round the world trip and decided to include New Zealand, lots of people told me to get out of Auckland as quickly as possible. Supposedly it’s not worth staying there for too long. I ended up being in Auckland twice, once right after my time in Wellington, and again after going to Rotorua. While I can’t say it was one of my favorite cities in the world, I certainly enjoyed my time there, and I think it’s worth spending a few days to explore.

New Zealand is well-known for outdoor adventures, getting closer to nature, and extreme sports like bungee jumping. So maybe people who go to New Zealand looking for those types of experiences are disappointed with Auckland. It’s a city, the biggest one in the country, and is a stark contrast to places like Milford Sound. But what about those of us who want to see New Zealand’s beautiful landscapes but aren’t into camping and jumping off of high things while attached to a giant rubber band? People like us need a little city time to offset our outdoor time, and Auckland is just the place. 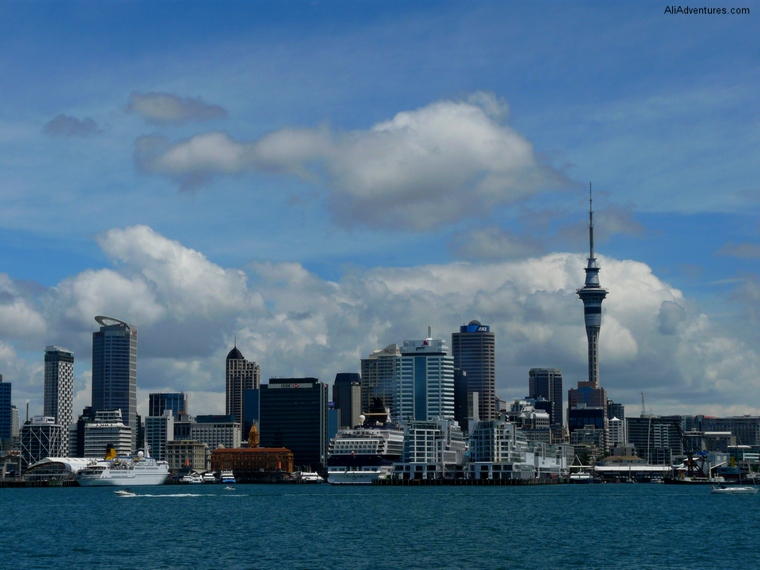 I took this picture of the Auckland skyline from a boat. Since Auckland is known as the city of sails, Andy and I thought a scenic boat trip (though not on a sailboat) would be a nice way to spend a few hours. Aside from the skyline, we also got to see some of the nearby islands, some of which are volcanoes, and a wide variety of boats that shared the water with us. It was a fun, relaxing afternoon, and a nice combination of city and nature.

While wandering around the city, we decided to check out the university. It’s up a hill a few blocks from the center, and we saw lots of green space and lots of interesting buildings. On a nice day, it’s a great place to relax and enjoy the sun. 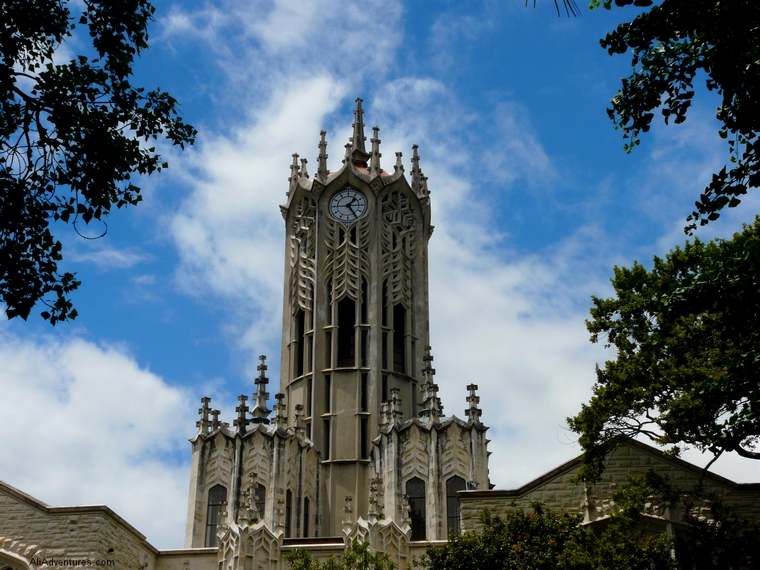 One of Auckland’s biggest attractions is the Auckland Sky Tower. It is the tallest man-made structure in the southern hemisphere, and it has amazing views of the city. You can also do the Sky Walk, where you walk around the outside at 192 meters, fully harnessed of course, or the Sky Jump, where you base jump from 192 meters. We are not the types to even consider these adventurous activities, but we did see others participating. 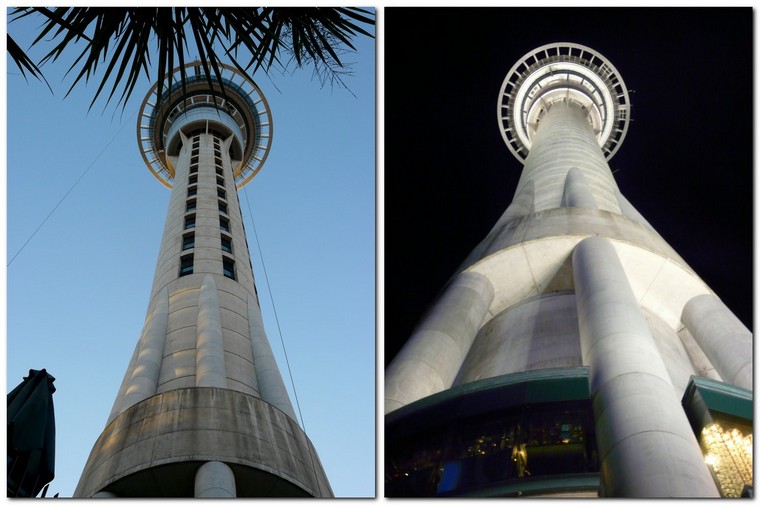 For NZ$28 you can go to Main Observation Level at 286 meters, the the 220 meter high Sky Deck, and the 182 Sky Lounge Cafe and Bar. You can pay NZ$3 less  if you don’t want to go to the 220 meter Sky Deck, but it’s such a small extra charge that we decided to go for it. We also had a couple drinks at the bar after the sun went down, and we were surprised that the prices weren’t any higher than a normal bar.

Certain sections of the floor of the Main Observation Level are made out of glass so you can see straight down. Though this might freak some people out, the sign assured us it was completely safe.

You can walk around both observation levels to see a great 360 degree view of the city and nearby islands from above.

I highly recommend going up the tower in the evening, early enough to get pictures during daylight hours, but late enough to enjoy the sunset. It was hard to take good pictures up there, especially of the sunset, because of the thick (and sometimes dirty) glass, but it was still really great to see. 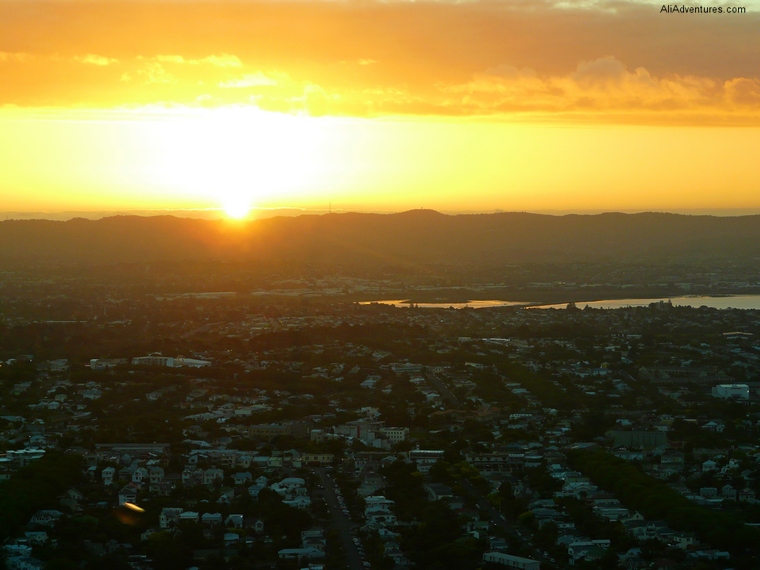 The other thing we really enjoyed about Auckland was the food. We found some great pubs with nice outdoor seating, although some closed really early around the holidays. While we were in Dunedin, we found a place called Velvet Burger that we just fell in love with. We were so happy to find that they had another location in Auckland. Probably some of the best burgers and best garlic aioli sauce we’ve ever had. The other place we loved was Sal’s Pizza. I just happened to be staying at a hostel on K Road across the street from it, and the people in my dorm recommended it. It was authentic NY style pizza (they actually import all their ingredients) and I was in heaven. I ate there twice a day sometimes. I miss that pizza. 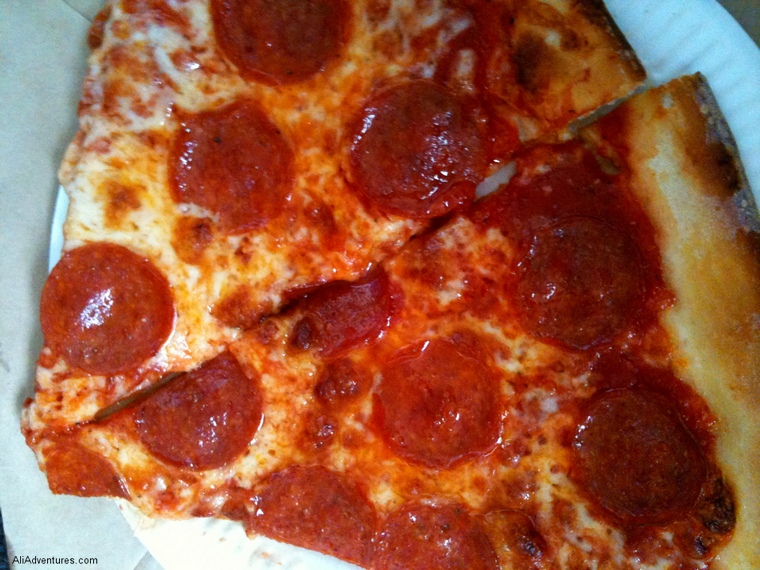 Don’t skip Auckland. The city has a lot to offer, even if your main objective is to explore New Zealand’s natural beauty. It’s not like the rest of the country since it is a big city, but I really enjoyed it. I think it would be a shame to not even spend a few days exploring Auckland before you head off into the woods, mountains and lakes.

Want to see more pictures from New Zealand? Check them out on my Facebook page: New Zealand