A Permanent State of Temporary Being

Boxes are everywhere. Sheets are taped up over the windows. Light bulbs are hanging out of the ceiling. We often have trouble finding things that are still packed away. It looks like we just moved in a couple days ago, but it’s actually been three weeks. And it’s driving me nuts. 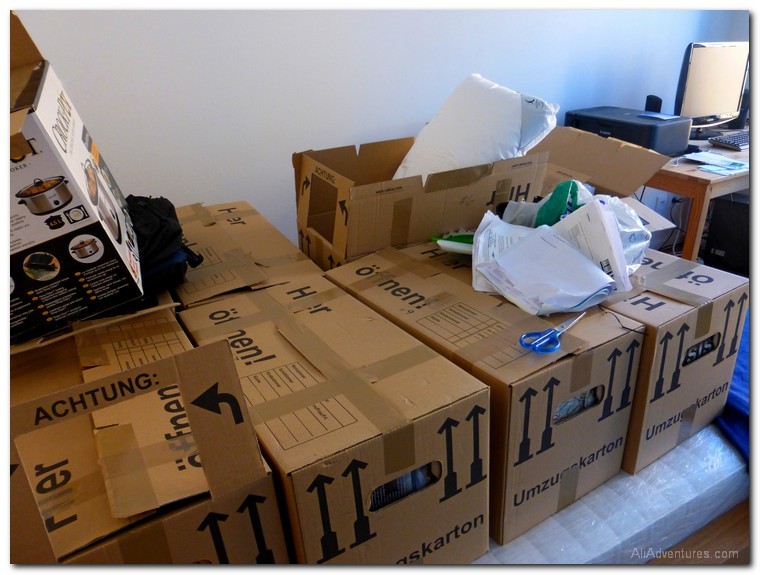 Ever since our month in Pisa, late October, we have known that we weren’t exactly on the right path. That’s when we finally decided to move forward with the idea that had been in the back of our minds for a year: to move to Berlin. But we couldn’t act on it because we were on this long trip to escape the winter, and we had renters in our apartment in Freiburg.

It was the beginning of months of putting things off. We often started sentences with, “As soon as…” and “When we get to…we can do…” I felt like we were in a holding pattern, circling the airport, and no one would let us land. We toughed it out in Pisa, even though it was the wrong city for us to be in for a month.

When we get to Morocco, we can relax.

We went to Morocco for an actual vacation, but that turned out to be a disaster. It was colder than we expected, the food was making us sick, and we just weren’t having fun.

When we get to Spain, we’ll have a decent apartment. As soon as we get settled there, we can start making plans.

After Morocco we spent six weeks in Spain, even though our hearts weren’t in it, because we had already committed to an apartment. Sevilla was a better city than Pisa, but we were too far from the center and too far from a good grocery store. Everything took twice as long as it would at home.

As soon as we get to Berlin, we’ll be in a more familiar place, and we can look for an apartment.

We felt like we were making progress in Berlin. Finally. The first apartment complex we looked at was The One. We got approved within days and signed the contract. But we still couldn’t move in for two months. Almost immediately we were back to putting things off.

When we get back to Freiburg, we can figure out the logistics. As soon as we’re home, we can find a moving company.

Once we were back in our apartment in Freiburg, we did start doing some of the things we were still putting off. Finally we could start packing. Finding long term renters for our apartment only took about a week. We were inching our way towards the goal we had been reaching for for months.

Then about two weeks before our scheduled move-in date, Andy got a phone call that pushed things back again. A leak had been discovered in our new apartment. A small one, and there really wasn’t much damage, but they had to put these big drying machines in the apartment to make sure all the water got dried up.

We couldn’t move into the apartment as scheduled, and staying in Freiburg longer wasn’t an option. The management company’s solution was to put us into a different apartment on a temporary basis. So we moved. But we haven’t settled in yet. 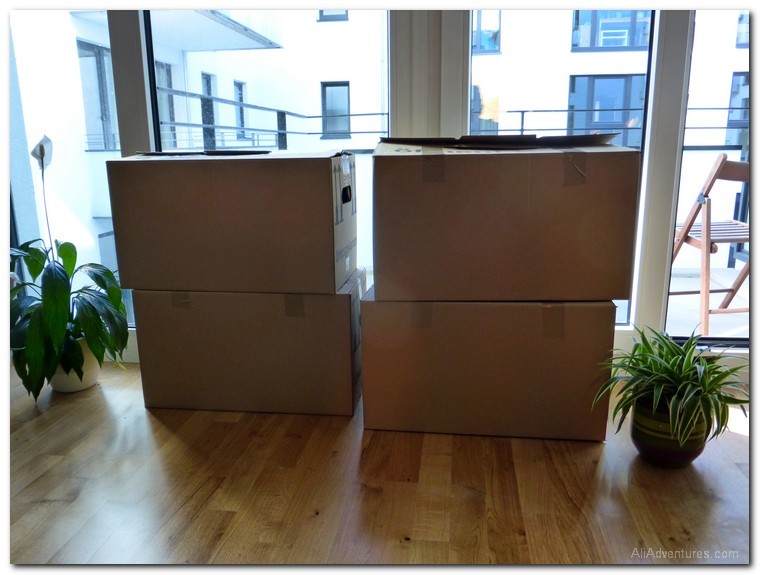 Now we’ve been in this apartment for three weeks. We might have just one more week left, but we also might have until June 1st. It all depends on how well things are drying in the other apartment. And still we’re putting things off.

As soon as we get into the other apartment, we can buy curtains, hang pictures, get rid of the boxes.

We’ve unpacked most of our kitchen stuff and a few other things to make the place liveable, but we’re mostly still surrounded by boxes. We can’t put curtains up because the windows are bigger and there are more of them, plus I’d rather not drill holes in the walls since we’re not staying here. So instead we have layers of duvet covers and fabric taped to our bedroom windows to keep the sun out in the morning. And because I’d rather not flash the neighbors. 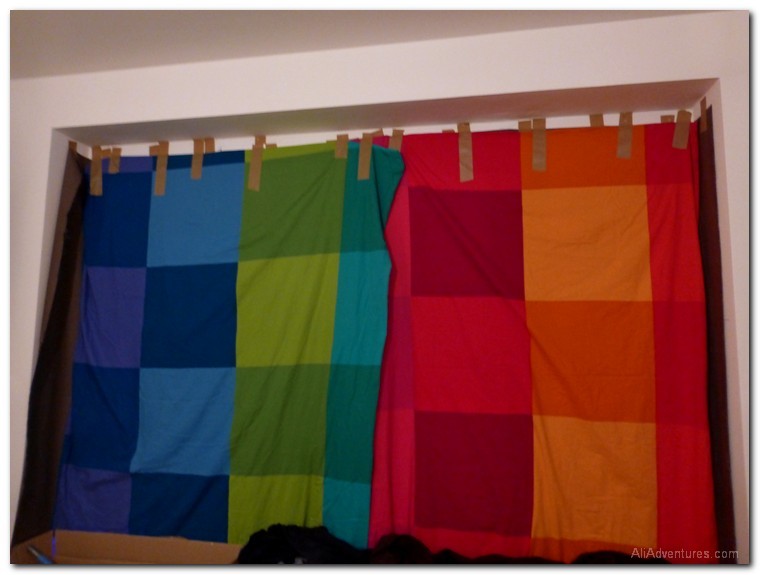 I want to unpack, hang pictures, buy a few things we need, and in general just make the place look nice and feel like home. But I can’t. Because it isn’t home. And the more we unpack, the more we’ll have to re-pack, and quickly, as soon as they tell us our apartment is ready.

Of all the uncomfortable apartments we’ve ever stayed in, this is the worst, despite the fact that we have our own bed to sleep in, our own couch to sit on, and our own kitchen supplies to cook with. It’s been six months of living in temporary apartments, or even hotels at times, and I’m done with it. We can see our actual apartment across the courtyard, and it’s a big tease.

Constantly waiting for the next step and having to put things off is dragging me down. I’ll have a few good days, but then something will hit me and suddenly I’m in tears and my energy is gone. Andy lost a memory chip, and I was sobbing for an hour at the thought of all those lost pictures. I booked tickets for a show, and I didn’t realize until it was too late that the tickets were actually twice as expensive as I thought. I felt so stupid, and I cried so much it hurt.

I used to really envy the people I know who travel constantly. The permanent nomads who get to explore different parts of the world for a few weeks or months at a time before moving on to the next interesting place. I still sort of envy them sometimes. I mean, it sounds fascinating, doesn’t it?

But I know it’s not for me. At least not at this point in my life. I’m not one of those people who can feel at home anywhere. And while I do need to break out of my routine and comfort zone from time to time, I can’t live without a routine. This permanent state of temporary being is, apparently, my version of hell.

As soon as we move into our actual apartment, things will be better…

At least, that’s the hope.

Sign Up
Scenes From Siena, Italy and a Steam Train Through Tuscany What I Learned From 30 Days of Paleo