After seeing Angkor Wat and spending six fun nights in Siem Reap, I went to the airport to fly to Pakse, Laos. Most people would probably go overland, but I was already sick of long bus trips, and the visa on arrival just seemed like an easier option for me. When I booked the flight, there was a morning and an afternoon option. Always one to sleep in, I chose the afternoon flight. 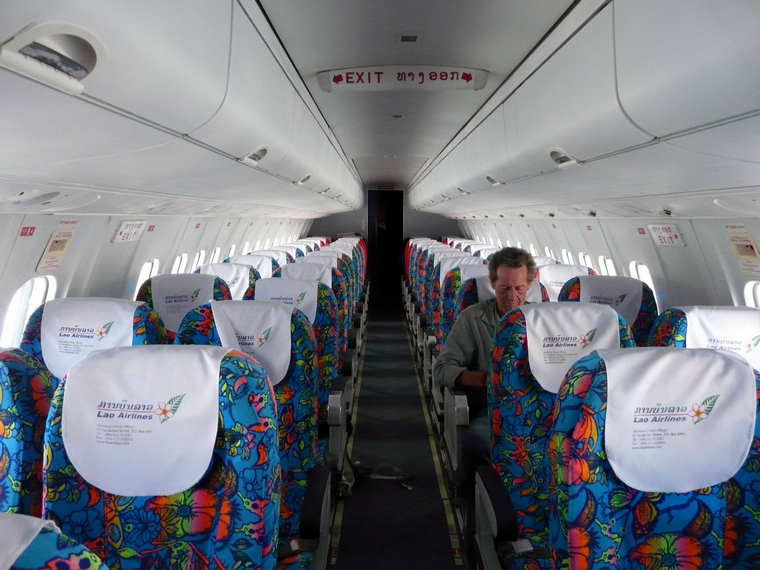 It turns out most people take the morning flight because it continues on, whereas the afternoon flight does not. So I ended up being one of two passengers. It was one of the oddest flights ever. Luckily the other passenger was an interesting traveler from Australia, so I enjoyed talking to him for our one hour flight. The taxi drivers at the Pakse Airport joked that we must be rich to have our own personal plane take us there. 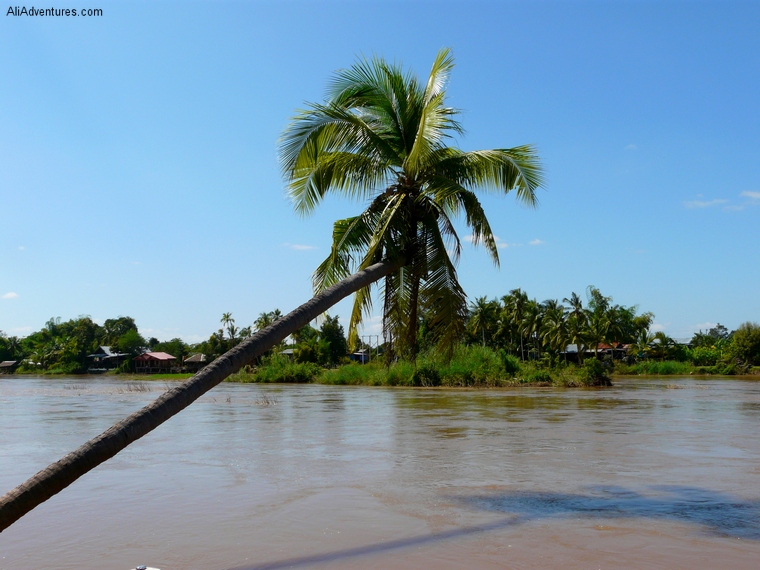 My only reason for flying into Pakse in southern Laos was to get to the 4,000 Islands, which are in the Mekong River. It’s more remote than northern Laos and supposed to be beautiful. The most popular are Don Khon and Don Det. I decided to go to Don Khon because it’s known as the quieter of the two, and I wasn’t up for a party island.

It turns out even the party island of Don Det is still really relaxed and laid back. I ended up hanging out with a lot of couples and people traveling in pairs, so maybe Don Det would’ve been better for meeting other solo travelers, but who knows.

I didn’t do too much while I was there. You can take a boat trip to see the rare and almost extinct Irrawaddy dolphins, but the couple staying in the bungalow next to me said it was a huge letdown, so I didn’t bother. I spent most of my time reading, catching up on my blog, walking around the island, watching the river flow, and thinking. Lots of thinking. 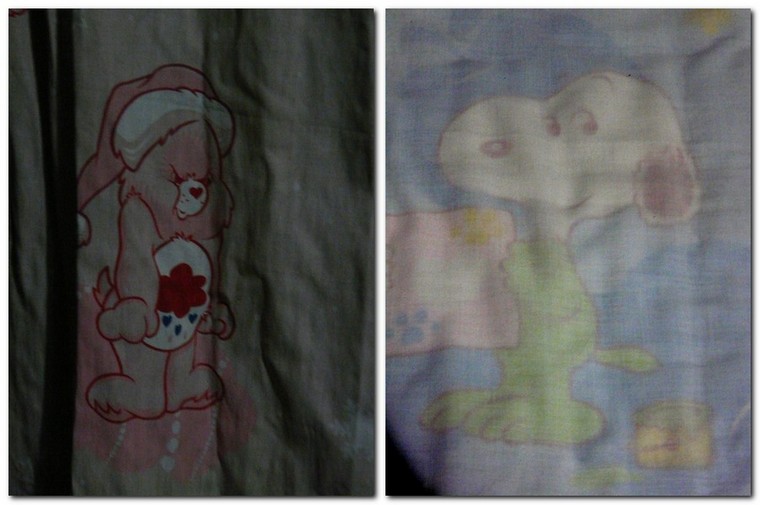 As gorgeous as it was there, it’s when I really started feeling lonely. It’s when I started asking myself why I was on this trip. Traveling by myself was great when I was single, but now with Andy waiting for me at home, it wasn’t so much fun anymore. I wanted to be traveling with him, not on my own.

I relaxed during the day and had dinner almost every night with other travelers I met on the island, oddly almost all from Switzerland. It was definitely enjoyable, but it wasn’t enough to pull me out of my funk. It was the start of my trying to like Laos since everyone speaks so highly of this serene country, but I never did really absorb as much as I had hoped.

As nice as the relaxing atmosphere was, I probably needed more action to keep my mind off of missing Andy. But I tried to make the best of my four days in the 4,000 Islands and took lots of pictures of one of my favorite things, the sunset. 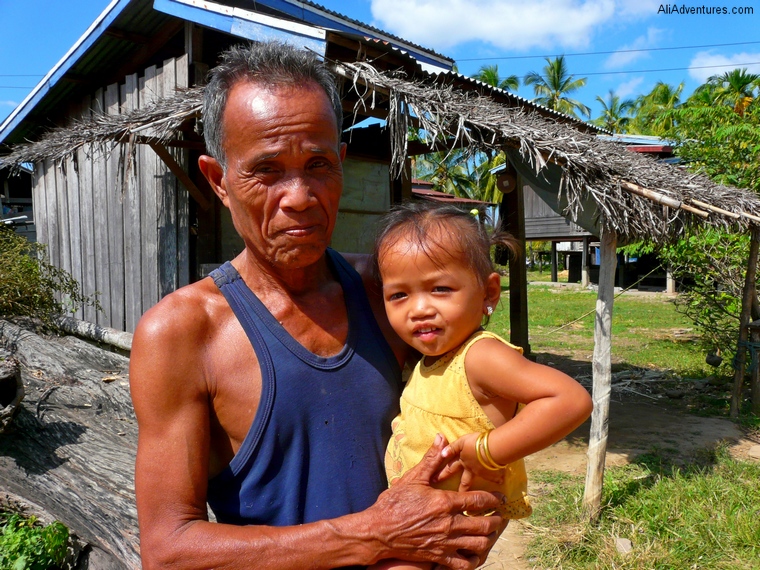 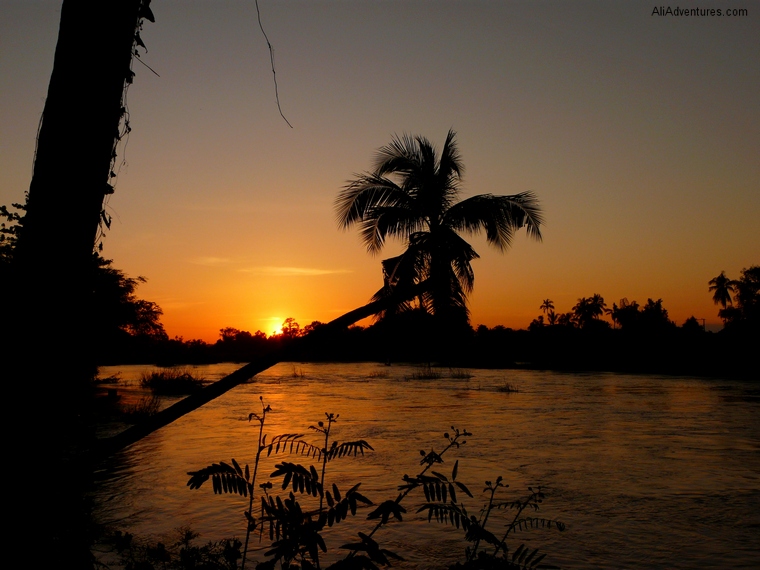 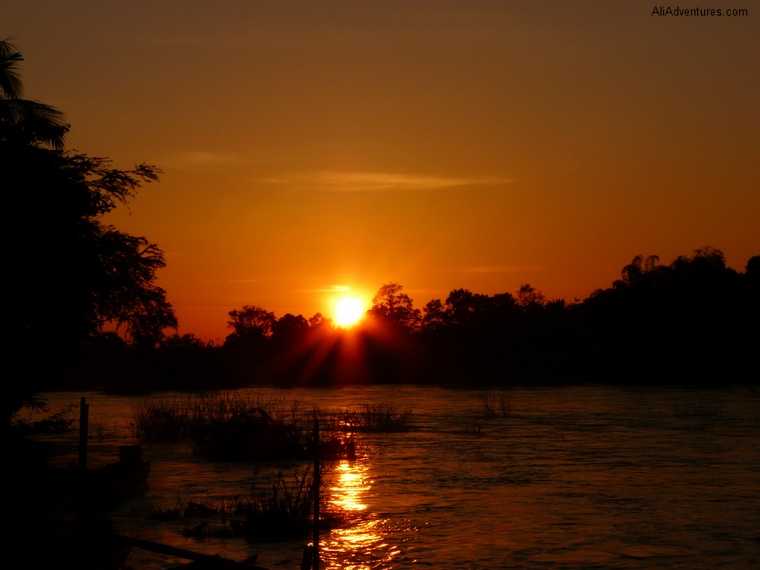 Sign Up
Relaxing in Siem Reap, Cambodia Vang Vieng – Not Drunk on a River