After the minibus driver from Kyrenia dropped me off and pointed me towards the checkpoint between northern and southern Cyprus, I started wandering and looking around the northern half of Nicosia, the capital of Cyprus. I probably would’ve spent a little more time on that side if it hadn’t been so hot and I hadn’t been walking around with my backpack. Most of what I saw were cheap souvenir shops positioned to lure in tourists who just came over for a couple of hours to see the other side. I spent my remaining Turkish lira on water and chocolate before exiting the north. 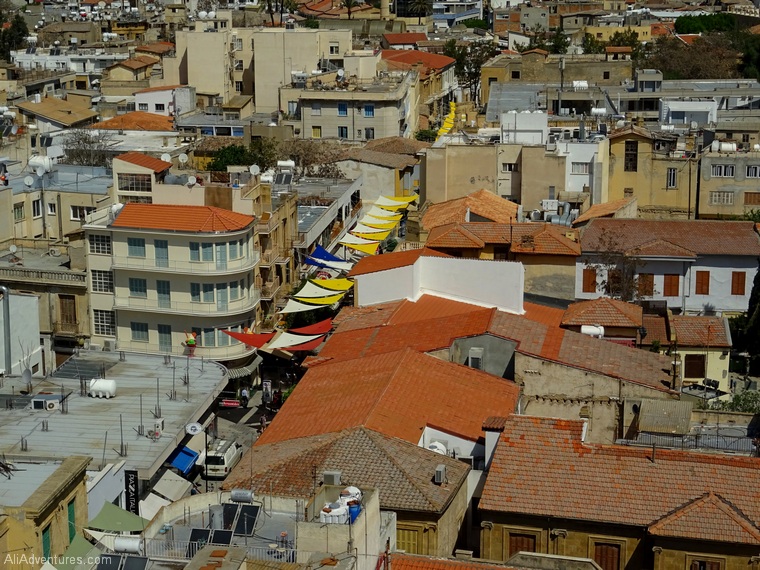 Most of what I read about Nicosia said it wasn’t too interesting, so I only planned one night there. In hindsight, I wish I had at least two nights there simply because the rest of my time in Cyprus was in coastal areas, and the city was a nice change of pace. It’s not a big city by any means, but it has a different feel to it as compared with the beachy towns I saw before and after.

Once I found my hotel and relaxed a little, I wandered off to explore the city a bit. I stopped into a small shop selling fruits and vegetables to get a few bananas and ended up talking to the Egyptian guy who ran the place for a few minutes. I don’t even remember what we talked about, but I do remember being energized by the conversation. There’s something about chatting with people and hearing their stories that reminds me of the many reasons I love travel. 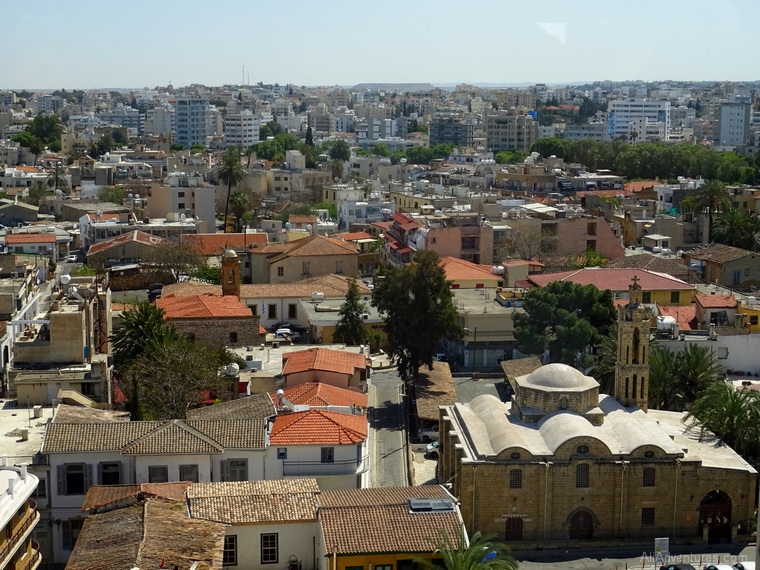 Greek food felt limiting to me since I can’t really eat dairy, so I was eating the same couple of meals every day. While looking for dinner in Nicosia, I found a few restaurants serving cuisine from other countries. And then I saw a Mexican place. I have a thing about trying Mexican food in other countries. It’s usually entertaining, rarely fantastic. So I went for it.

They had a burrito in a bowl type thing – chicken, rice, veggies, salsa, guacamole. As expected, it wasn’t fantastic, but it wasn’t bad, and I was happy to have something a little different that night. 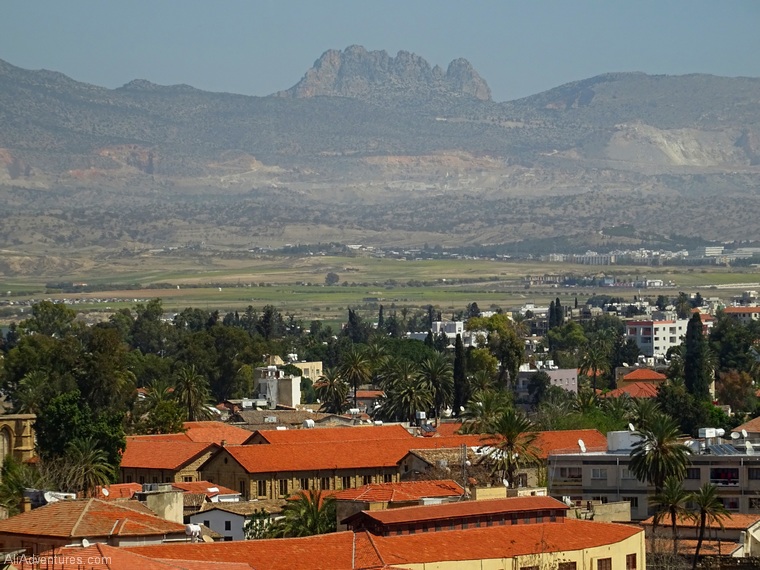 The next day for lunch I ate here and decided, screw it, I’m having a Greek salad, feta cheese and all. I ordered a couple of skewers of chicken along side of my salad, and it was delicious. Then the waiter tried to bring me free dessert, but since I already indulged in the cheese, which I expected to cause me pain later, I refused.

So he offered me an after dinner liquor instead. It was amazing! I expected something harsh like ouzo, but this was quite tasty. And he insisted it would help with digestion, which I never really understand, but I had no issues at all from the feta cheese that day. The little bits of tzatziki I had a few times during my trip did make me feel bloated, so that liquor had to have helped…right? I wish I had written down the name of it!

That morning I also went to the Ledra Museum Observatory. I like seeing cities from above, and I read about this somewhere while planning my trip. It’s not a super high tower, so the views weren’t as good as I had hoped, but it was still nice, and I could see both sides of Nicosia from up there. The city is shaped like an 11-pointed star, and I thought I’d be able to see those walls from the tower, but it wasn’t quite high enough.

All the pictures in this post (except the hotel pictures below) were taken from the top of the tower. The tower is open 10am to 7pm in the summer, 10am to 5pm in the winter. Entry was 2 euros. It is located on the 11th floor of the Shakolas Tower. 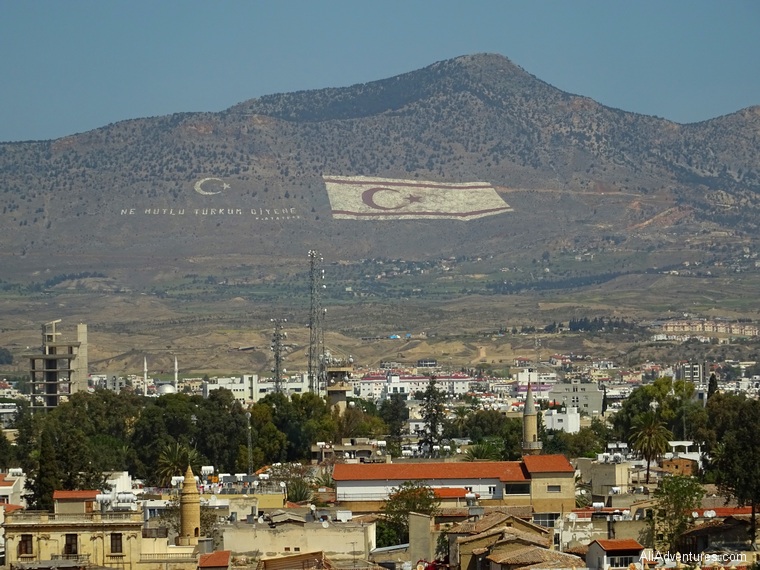 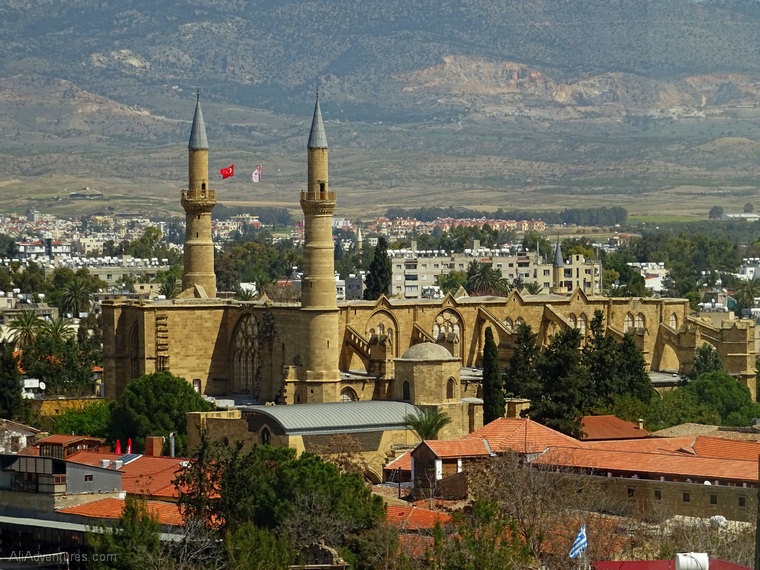 Best hotel of the trip

Another reason I wish I had spent more time in Nicosia was that this was the best hotel of my trip. The bed and pillows were super comfy. The shower was nice, and the bathroom was huge. The picture behind the bed was back-lit, which was a really cool way of lighting the room. 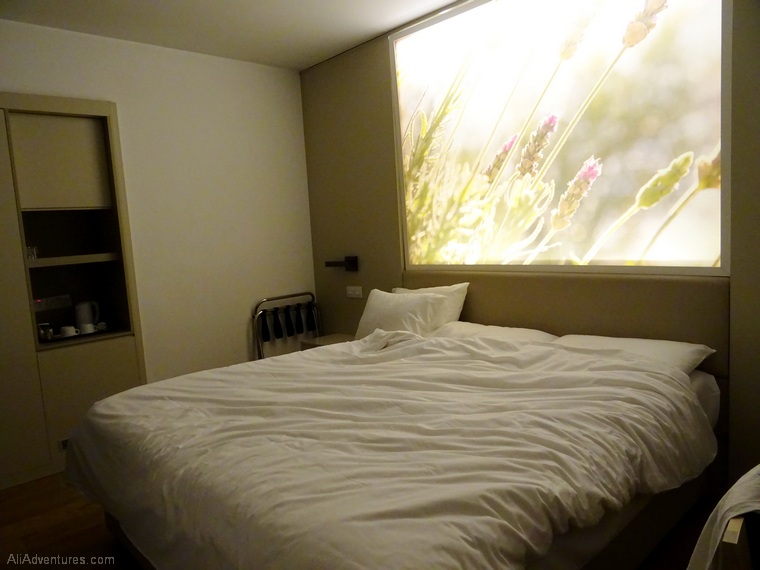 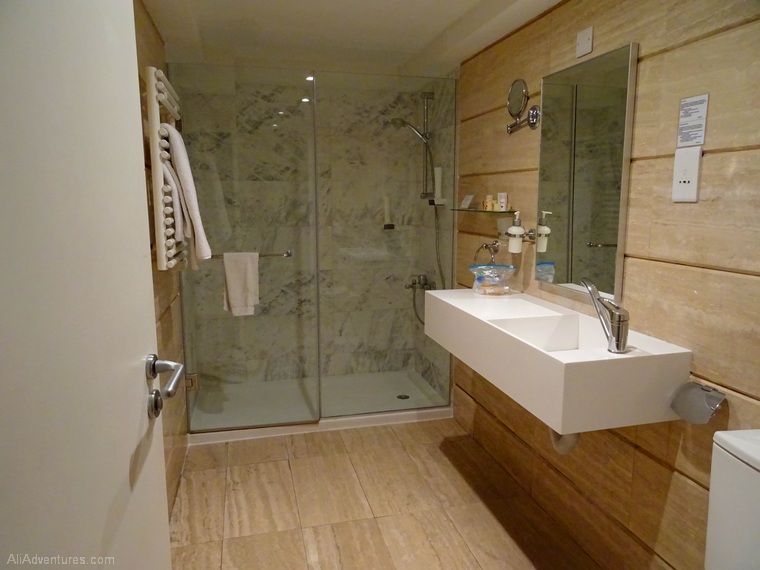 I specifically asked for a quiet room when I booked because I read that the rooms overlooking the street were a little noisy, and my room was definitely quiet. It also came with a decent buffet breakfast, and the staff were incredibly helpful and friendly whenever I had a question. It was also easy walking distance to the main shopping street and pedestrian area of the city, and a short walk from the bus station.

If you go to Nicosia, I’d definitely recommend staying at The Classic Hotel.

Sign Up
How to Travel to Northern Cyprus Scenes from Limassol, Cyprus