The Trappings of a Resort on Koh Samui

We should have known better really. We like simple, not fancy. We like exploring new places, trying the local food, and having the freedom to move about as we wish. We are not resort people. But after a stressful few weeks of travel, a guesthouse in Siem Reap with such a bad bathroom we each only took two showers in six days, and each of us battling minor ailments, we decided three nights in a resort on Koh Samui, Thailand was just what we needed following our time in Krabi.

A lapse in judgement

Normally we do a fair amount of research about accommodation before we book something. We like to know we’re committing to a decent place in a safe area with plenty of access to restaurants, transportation and things to do. However, we don’t always succeed. Sometimes, like this time, we completely forget this process and book based on the hotel listing alone. 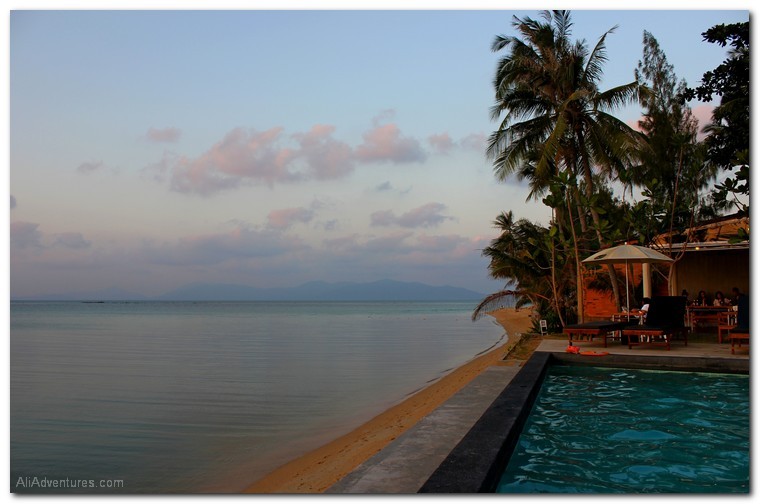 The resort was more or less what you would expect of a hotel calling itself a resort. It had a gorgeous view of the sea, a nice pool with plenty of lounge chairs, spacious and comfy rooms. It was also quite isolated, almost entirely cut off from the rest of the island by an intimidatingly steep hill. We went into the situation with the knowledge that we would most likely be eating all our meals at the resort.

But when we sat down for our first meal, the menu frightened us. It was very limited, and both the western food and the local food were very expensive by Thai standards. As an example, we both ordered the grilled ham and cheese sandwich with fries (after several spicy meals, we needed something simple) and together they cost about 8€ or almost US$11.

The waters we ordered never came. When the food arrived, our sandwiches were not grilled. It was one slice of cheese and one slice of ham on cheap sliced white bread with the crusts cut off. Roughly six potato wedges sat alongside the sad sandwich.

The warning was in the name

The resort’s name had the word Escape in it, presumably trying to imply that they were an escape from your everyday worries. But for us, we took the name as a challenge, a command to flee the property and find better food.

Andy looked at a map and discovered we could bypass the imposing hill by walking along the beach instead of the road. Unfortunately at high tide, there wasn’t much of a beach. We walked along the cement wall that protected the property from the waves, clambered around a section of wall that might have been trying to prevent us from the very thing we were doing, and then cut through the resort next door. 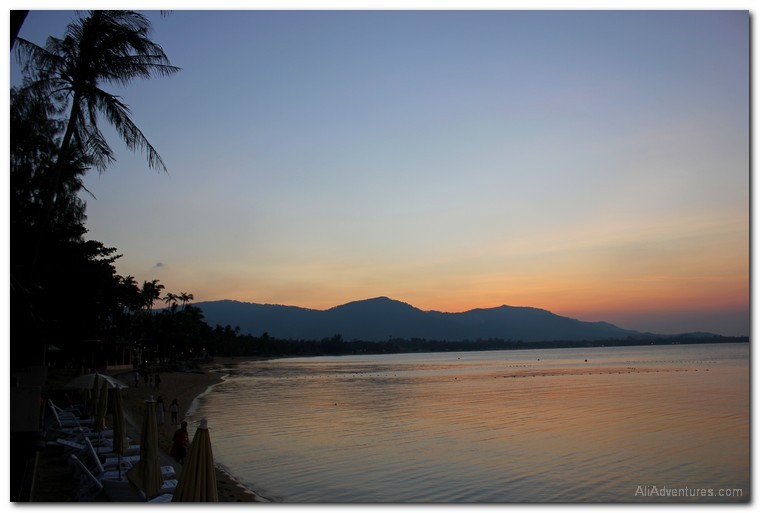 We were able to get to the main road and eat lunch, but it wasn’t very good. It seemed the village was a few kilometers away, not really walking distance, so we stocked up on snacks from the mini mart. We resigned ourselves to eating overpriced food at either our resort or the next one over since finding transport to cheaper food would just cost the same in the end.

A big reminder of why we don’t like resorts

Inflated prices and limited options are the main reasons we usually shy away from resorts. The place we stayed in only cost about 32€ or US$43 a night, but we easily could’ve found a comfortable guesthouse somewhere for $25 or $30. The food was priced nearly as high as we would pay in a restaurant in Germany, but the one local meal we managed to find cost about 5€ or US$6.75 for our two lunches and sodas.

The biggest irritation though was the transport and services. The resort was going to charge us 600-700 baht (about $18-$21) to pick us up from the pier. Instead we found a minivan shuttle that cost 150 baht (about $4.50) each, so we paid half or better. When we wanted to book boat tickets to Koh Phangan, the next island over, they were going to charge us 600 baht each. Instead we traipsed back to the main road again and negotiated 400 baht per person from a local travel agency. We felt like the resort was overcharging simply because we were virtually trapped. (As a side note, the ferry ticket itself was 300 baht per person, so we paid an extra 100 per person to be picked up and driven to the pier. We probably could’ve done even better.) 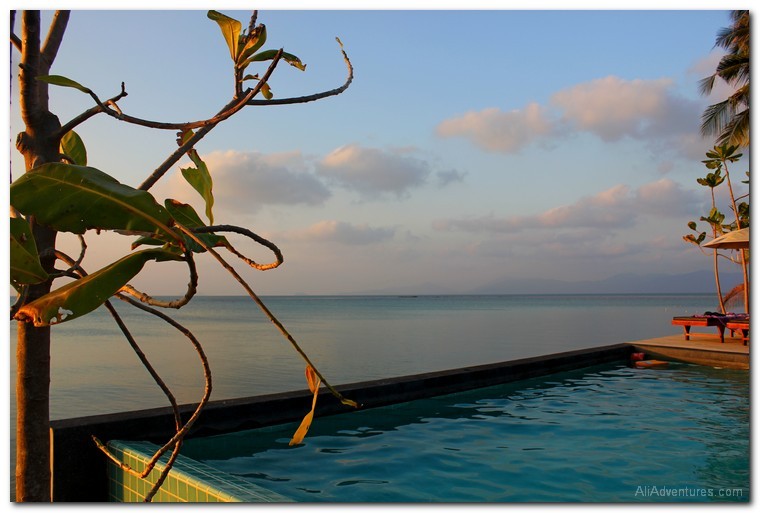 The resort was beautiful, and I slept better there than anywhere else on our trip up until that point. We knew we wouldn’t actually see much of Koh Samui while we were there, but we didn’t realize just how isolated we would feel. The resort sheltered us from any sort of culture the island might have had to offer and made it difficult to find options we’re used to having. I can understand how resorts can be a wonderful escape for some people, but for us it felt like being trapped.