We had about 12 days for our trip to Turkey. Since we didn’t want to waste too much time with long transit days, we booked a flight from Istanbul to Cappadocia instead of 10-12 hours on a bus. Andy doesn’t like to fly, and for 10 years, he didn’t step foot on an airplane. Luckily he started flying again almost two years ago, but it’s still not his preferred method of travel. But he knew this was our best option. 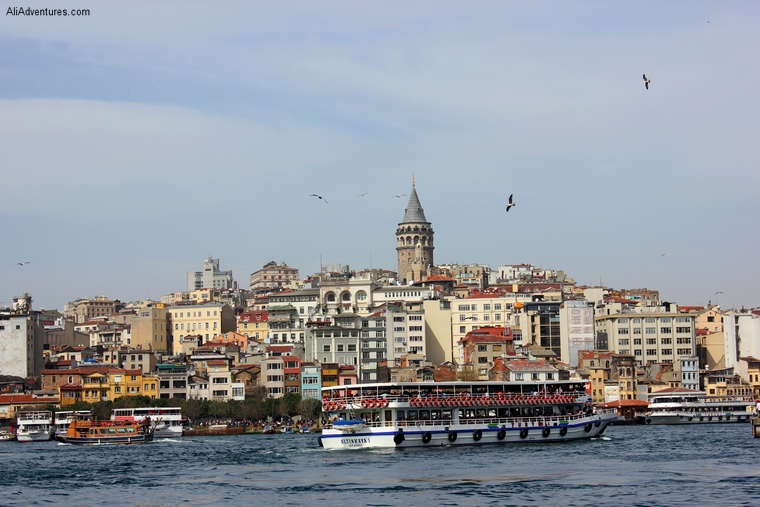 When it came time for this flight, Andy decided to try it without taking a pill like he normally does since he felt ok on the flight to Istanbul. But after a bumpy first half hour, he pulled out the pills. The wind wasn’t horrible, but it didn’t let up and it made for a less-than-comfortable flight. I tried my best to distract Andy by flipping through the in-flight magazine and babbling on about all sorts of random things.

At some point I started getting antsy and looked at my watch. We should’ve landed a few minutes ago, I thought. I glanced out the windows and saw enough lights to indicate we were probably over Kayseri. A little while later, still in the air, I realized we were circling. The plane jiggled with turbulence, the kind that’s tolerable for a few seconds, but almost nauseating when it continues for 20 minutes. Andy was getting more anxious about not being on the ground yet, and I was getting more annoyed at the delay.

Finally the plane started to descend. It was bumpy and wobbly as it hit pockets of wind, but at least the flight was almost over. As the plane neared the runway, I felt myself begin to relax. So close to solid ground, no more turbulence, and one step closer to going to sleep in our next hotel.

But right as the back wheels of the plane hit the ground, and as dozens of passengers started clapping that we were finally done, the plane was taking off again. I hadn’t even had time to breath a sigh of relief that we were finally on the runway, and we were back up in the air again. What the hell was going on?

Andy was obviously freaked out by this, and to be honest, so was I. I just didn’t want to show him. I’m always reminding him that everything is fine when we fly, so if I was scared, how could I convince him not to be? So I just squeezed his hand. I spent nine years working in aviation insurance, and I have around several friends who are either air traffic controllers, pilots or flight attendants, so I know pilots train on touch-and-goes. I told Andy this, and I kept reminding myself that the pilots knew what they were doing, but I was still freaked out.

Finally, 10 minutes later, the pilot made an announcement. I assume he was explaining what was going on, but even in English, his accent was so heavy I could only understand a couple words. The man sitting next to me in the window seat was Turkish but lives in Austria, so he speaks German, but very little English. He asked me if Andy spoke German and offered to explain to him, but I shook my head no. I had no idea what this guy would say, and I didn’t want him to accidentally make things worse. Telling him Andy didn’t speak German seemed like the safer option.

When the plane touched down the second time, 20 minutes later, no one clapped. But I could feel the tension in the air dissipate when it was clear the flight was truly over. Andy and I spent an hour in the shuttle van barely awake and trying to relax. The stress of the flight was exhausting, even aside from the fact that it was already midnight, but we were still shaken up from the experience. 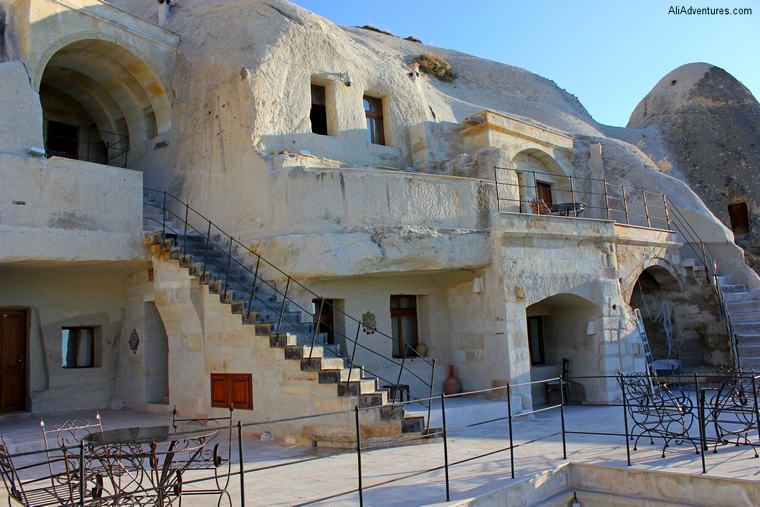 Our first question while checking into our hotel in Cappadocia? “Where can we get a drink?” The manager was quick to bring Andy a beer and me a vodka and Coke.

Just in case you were wondering, as soon as we had our WiFi password, I sent a message to my best friend Rachel, who is an air traffic controller in Las Vegas, asking her about our experience. Las Vegas is really windy too, and she said it happens quite often there. She told me if a strong cross-wind comes up unexpectedly, it’s better for the pilot to take off again than to attempt a bad landing. This all made me feel better, and it definitely made Andy feel better.

Sign Up
Freiburg, I Love You, But… Cappadocia Hot Air Balloons in Photos