The Day I Didn’t See the Oracle of Delphi, Greece

Aside from Santorini and the ruins of Athens, Delphi was the other place I absolutely wanted to see on my trip to Greece. Yes, it’s another set of ruins, but ruins with an interesting story behind them. So I decided to sign up for a tour so I wouldn’t have to worry about transportation, and the day after I saw the Acropolis in Athens, I hopped on the tour bus to Delphi. 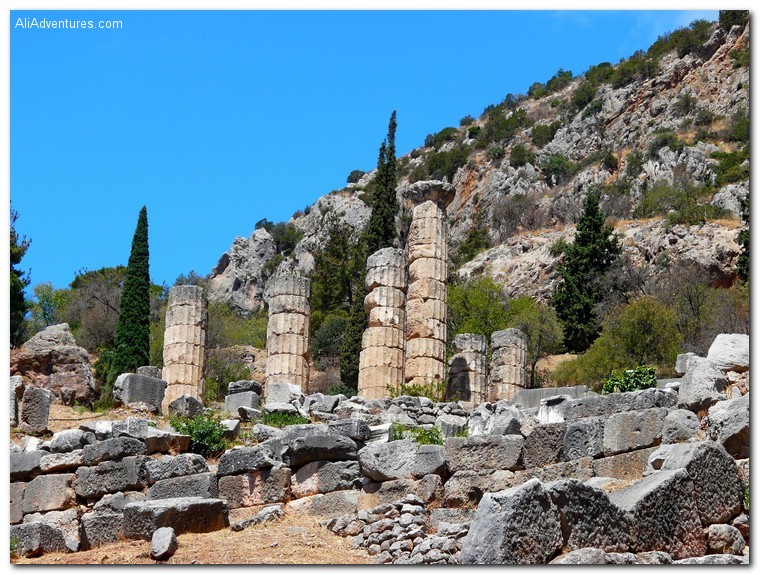 The guide told us about the history of Delphi while we were on the bus into the mountains. Delphi was considered the navel of the earth in ancient Greece. This was where people from near and far came to ask the Oracle for advice. Even great rulers would seek guidance here. Unfortunately the advice wasn’t always clear. The example I remember most, though I must paraphrase, was a ruler asking if he should go to war. The Oracle’s response was something along the lines of, “A great empire will be destroyed.” He took this to mean his army would destroy the other empire, but what actually happened was his own great empire was crushed. 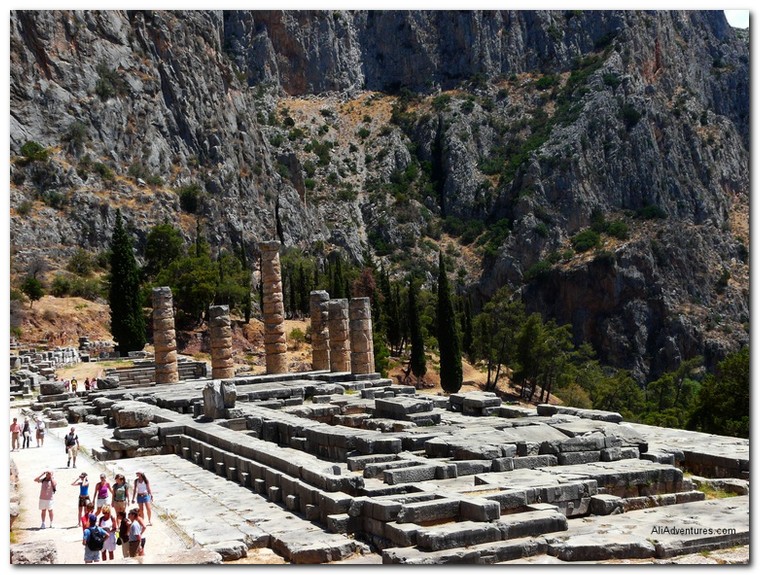 The Oracle sat at the temple of Apollo, though I’m finding conflicting information when I try to verify this. The remaining six pillars are shown in the picture above. Her message was interpreted by a priest, so the person asking for advice wasn’t even getting an answer directly from the Oracle herself. There’s also some speculation about whether she might have been breathing in intoxicating fumes that seeped out of the ground when giving out her advice. 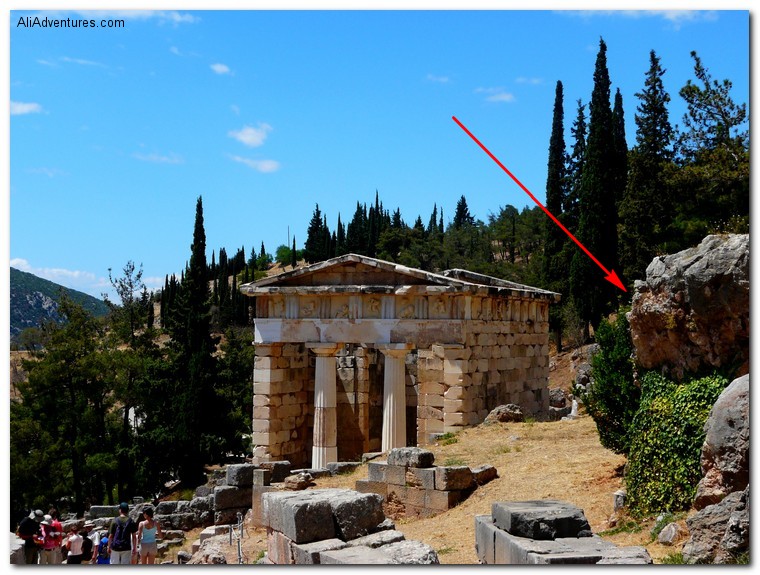 I remember wandering through the ruins, up to the stadium at the top, and back down again to rejoin my tour at the bus. Once I got to the bus, I questioned whether I had even seen the place where the Oracle sat. With our guide’s heavily accented English, I didn’t always understand what she was saying. When Andy went to Delphi a couple years ago, he overheard a guide say the Oracle sat on or near the rock above, which I just barely have a picture of. But we’re also finding other information that states she was in an entirely different section that my group didn’t even go to. 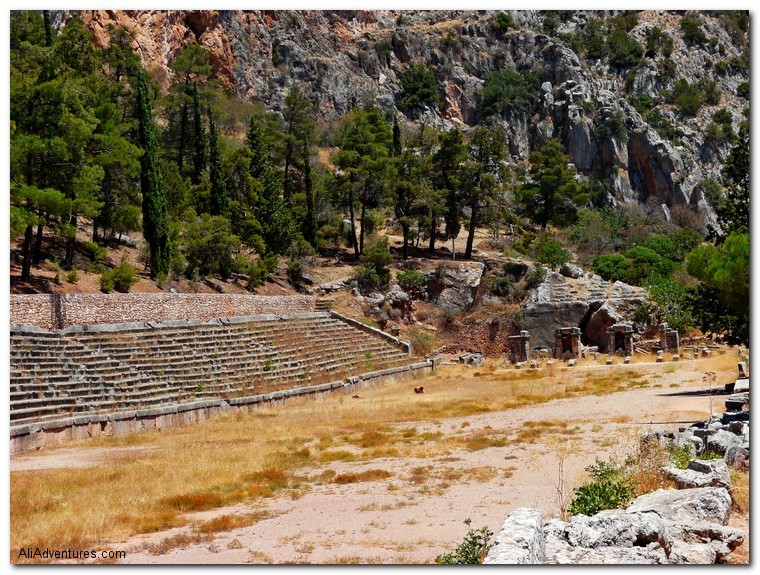 Being in a mountainous area, the ruins of Delphi offered a spectacular view into the valleys. The modern town of Delphi is very close, and though it didn’t look too big, our guide told us it’s a popular base for skiing vacations during the winter. On our drive up, we also had a great view of the Gulf of Corinth. I was used to seeing pictures of the islands and Athens, so this kind of rocky scenery surprised me. Greece is definitely a country with a variety of landscapes. 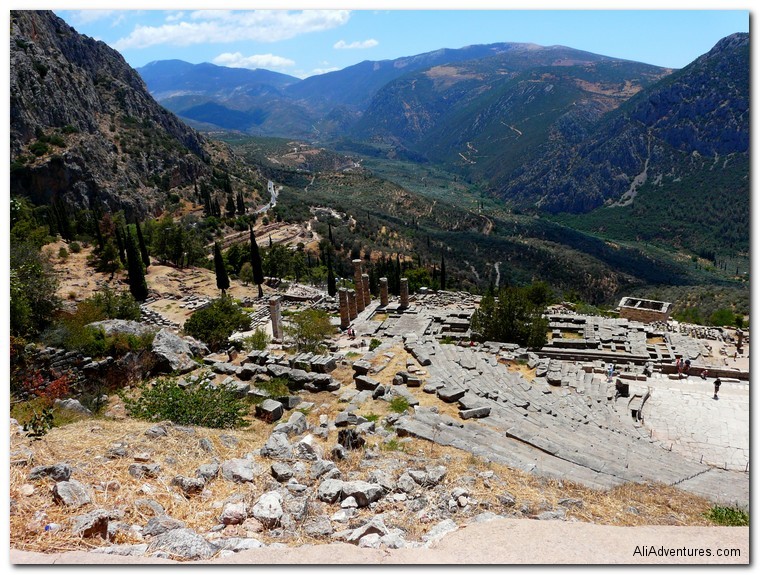 I took in these views again on our way back to Athens and thought about whether or not I had actually seen what I came to see. I was a little panicked at the idea of going all that way and not being positive I had seen the most important part of the ruins. Since I still can’t confirm I saw it, I wouldn’t mind a do-over someday on a return trip. I do love Greece, so hopefully I’ll get a second chance at this eventually. One thing my trip to Greece taught me was to ask questions, whether it’s asking for directions or asking for clarification about what I’m looking at.

Planning a trip to Greece? Click here to check out my Greece itinerary!

Sign Up
Avoiding the Crowds Travel Perspectives – Experiences Over Stuff