A late bloomer in the solo travel world, my first trip on my own was about two and a half years ago to Santorini, Greece. When I arrived in Santorini, I signed up for a volcano tour for the next day. Since the volcano is such a huge part of what makes the island what it is today, I was interested in getting an up-close view. If you go to Santorini, this tour can’t be missed. I don’t know the name of the company I went with, but it’s one of the most popular things to do in Santorini, so there are several and they’re all very similar.

The tour starts by sailing from the island of Santorini over to the volcano in the middle of the caldera. On the boat, the guide gives some history about the island and how the volcano affected the physical appearance of Santorini. Once the boat gets to the volcano, the guide leads the group up the volcano. There was steam coming up from the ground, which didn’t exactly smell pretty, and the sun was beating down on us, but it was an amazing 360 degree view. 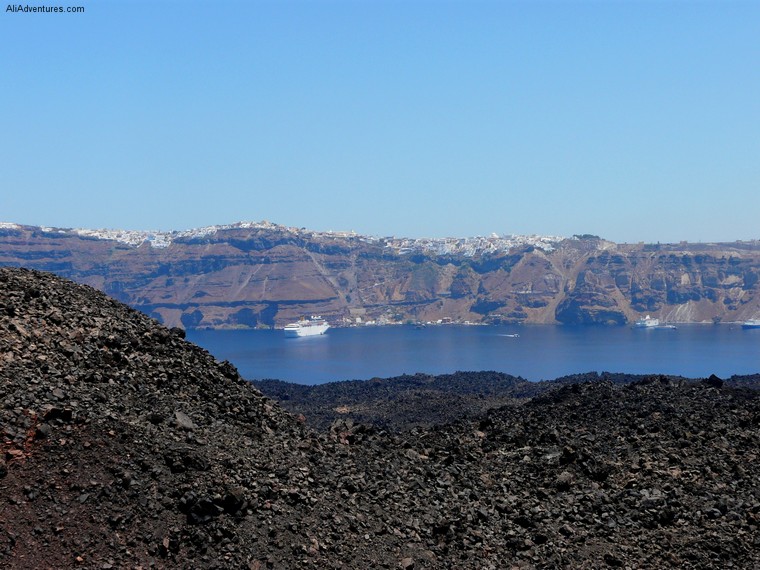 Due to the volcano, there are hot springs nearby. After hiking the volcano, we sailed over to swim in the hot springs. I’ll be honest, it was just sort of warm, which really could’ve been from the sun and high temperatures. The water was also murky and dirty, so don’t wear anything white when you jump in. Supposedly the mud does good things for your skin, so some people were rubbing the mud on their faces and arms.

From there the boat took us to Thirasia, the smaller island across from the main island of Santorini. This was our lunch stop. There were restaurants right where the boat docked, in addition to one that was up a steep path. I ate at the one up top, and it was delicious. I highly recommend either riding a donkey or walking the trail up for an incredible meal and more gorgeous views. I walked, and it was quite a workout. I wish there was more time to explore the island, but it was nice to get another perspective of Santorini and the volcano. 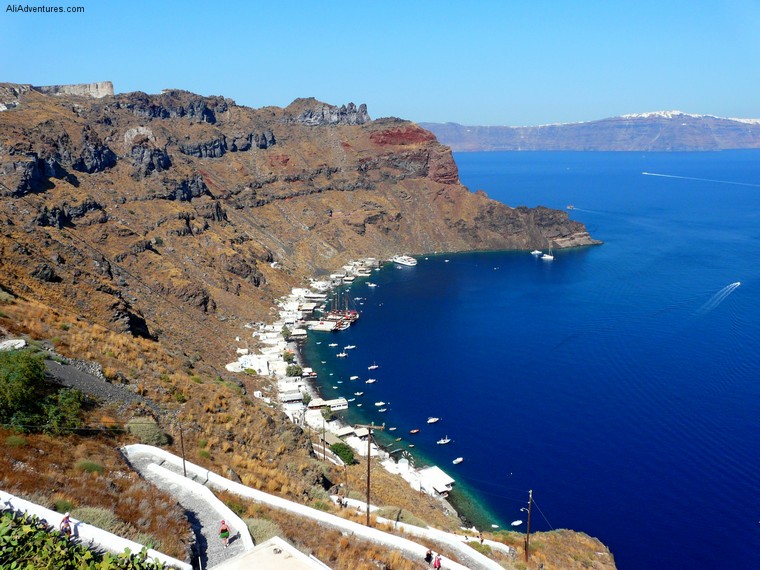 The last stop of the tour was back to Santorini to the town of Ia. Ia is most famous for the white-washed buildings clinging to the cliffs and the breathtaking sunsets. Again, there’s the option to ride a donkey to the top or hike it. The town is filled with charming shops and winding roads. I don’t think there’s a bad place in Santorini to view the sunsets, but Ia was definitely my favorite. The sun reflected off the water and the white buildings before sinking into the sea. 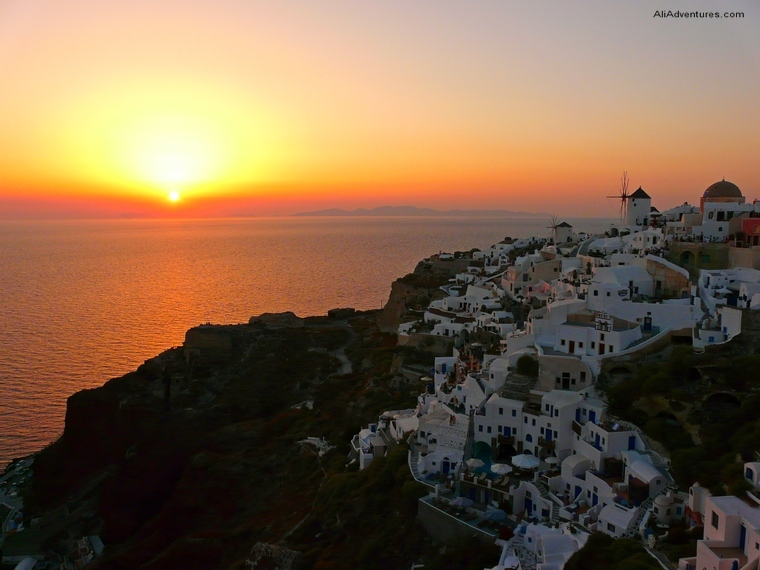 You know how sometimes you hear so much about something that when you finally experience it for yourself, it’s a big let-down? For me, even after reading all the hype about Santorini sunsets, the real thing felt magical. It’s one of the few places in the world I would make a repeat trip to because of those gorgeous sunsets.

Sign Up
How Travel Has Changed My Priorities Tangier Tourist Trap