Prague – You Changed Everything

It’s Valentine’s Day, and I realized I never really shared the full story about my 3 days in Prague with Andy. In case you don’t know how Andy and I met, you can read about our twitter love story here. Prague was a city I wanted to visit for a few years, and I booked myself a trip there over Thanksgiving weekend a few years ago, before Andy and I ever knew each other. When that weekend finally arrived, I was a ball of nerves and excitement because it wasn’t just a trip to Prague. It was the beginning of something great, and I knew it, even if I didn’t have a clue what was coming next. 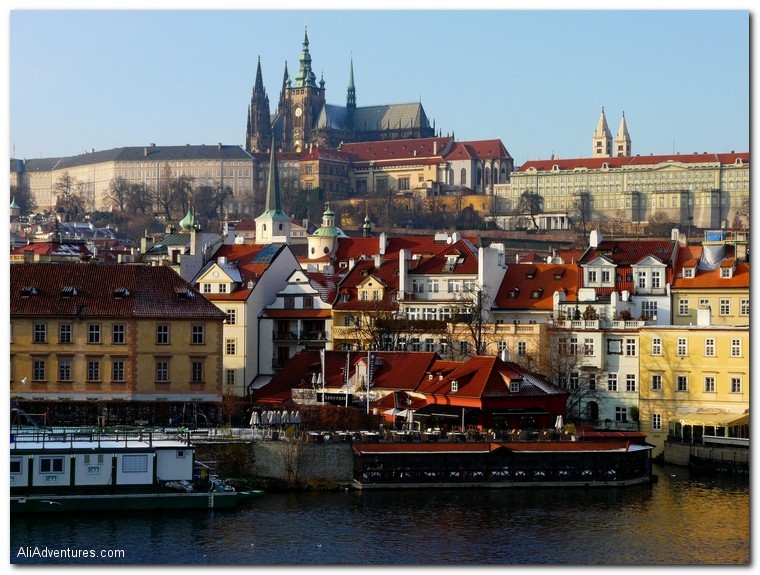 I spent a day in London in order to avoid an annoying layover in a boring airport, and I arrived at my hotel in Prague around 10PM. Andy was on a night train set to arrive in the morning. I think being awake for a day and a half was the only reason I got any sleep at all that night.

>>Read about leaving the airport during a layover here.

The next morning, the guy at the front desk showed me on a map how to get from the hotel to the train station. It should’ve been a simple 15 minute walk, but throw in a wacky intersection where street names change and suddenly I was panicked. What if his train arrived before I figured out where I was going? I frantically texted Andy to let him know I was a bit lost, but on my way. 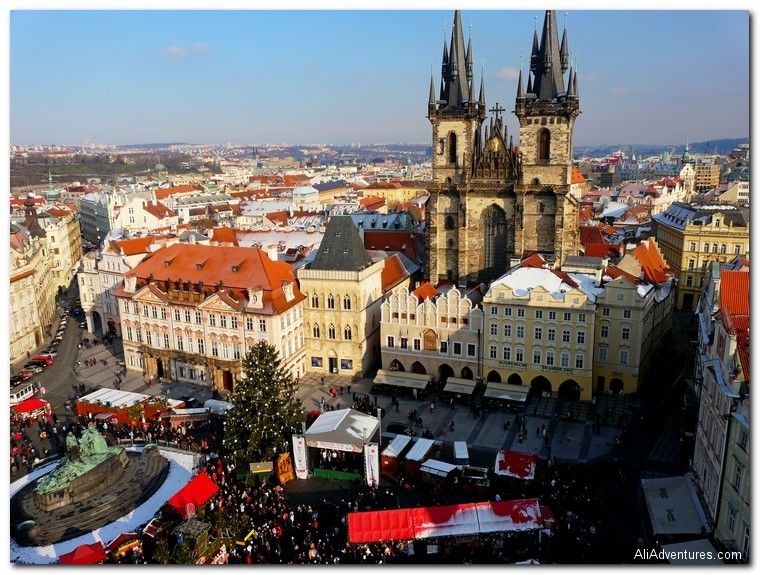 Finally I got going the right way with the help of a passer-by and made it to the train station with plenty of time. I shivered on the platform, waiting anxiously. And then there he was, after four months of only seeing each other through photos and Skype calls, right in front of me, smiling, taller than I expected. But then, I am pretty short.

After the initial few minutes of weirdness wore off, it felt so normal to be there with him, to finally be able to hold his hand. I thought it would take much longer to get used to seeing him in person, but it was really the most natural thing in the world. 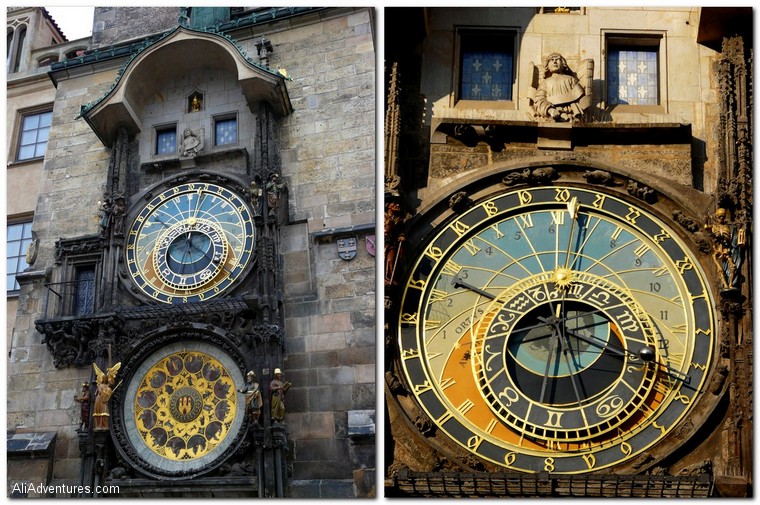 Since I had never been to Prague but Andy had, he started playing tour guide and showed me around. The Astronomical Clock, the nearby square where the Christmas market was going on, Charles Bridge, Prague Castle, the statue of two men peeing into a pool the shape of the Czech Republic, and we spent a lot of time just aimless wandering through the windy streets.

>>Check out 5 places to see Prague from above. 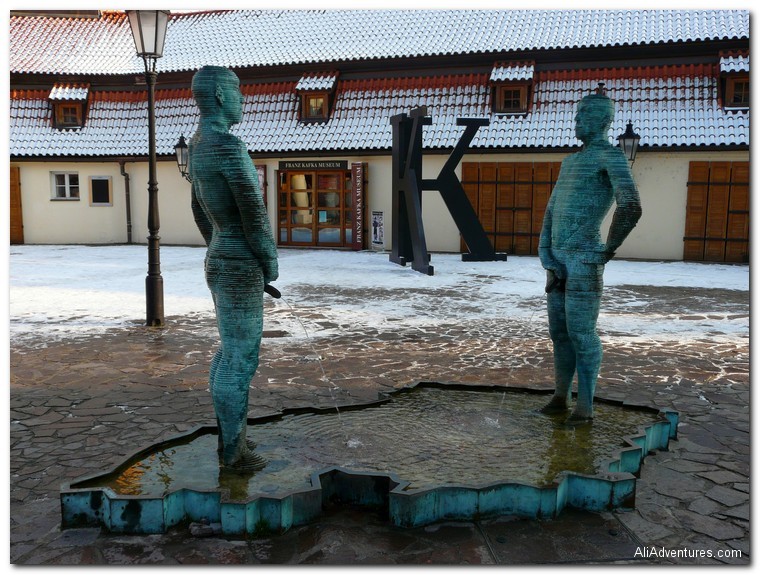 It was the end of November, and snowed twice while we were there, so I was miserably cold, but beyond happy to be there with Andy. I’m also thankful he wasn’t scared off by my inability to deal with cold weather. We just tried to balance sightseeing with sitting in warm cafes. 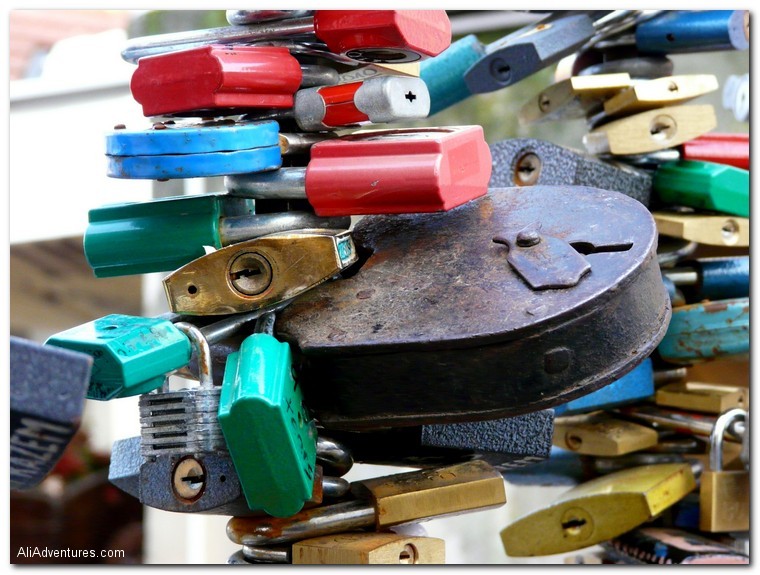 The weekend came to an end all too quickly, and suddenly we were at the airport waiting for our flights home. Having to leave each other was hard enough, but the snow coming down made us both a little more apprehensive about boarding our planes. I gave Andy a huge hug good-bye, somehow fearing I’d never see him again while at the same time knowing for sure that I would. Luckily we only had another month to wait before I visited him in Freiburg for New Years Eve. 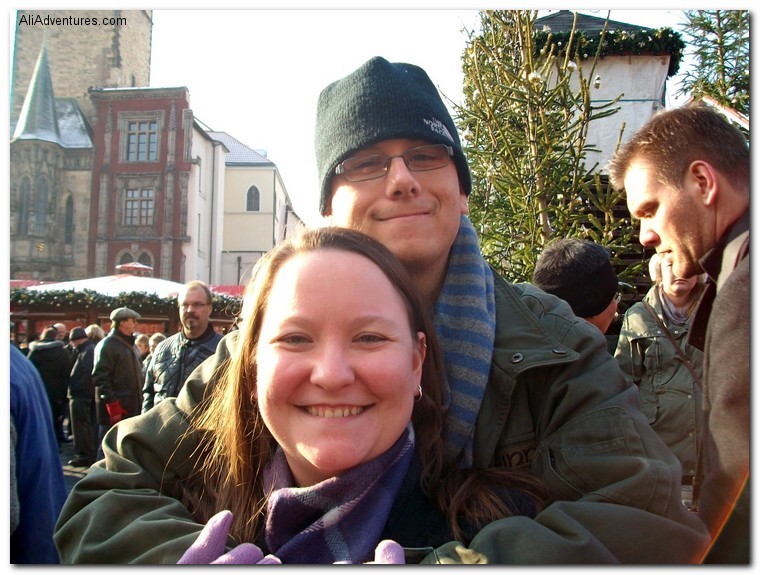 Prague will always have a special place in my heart since it’s the city where Andy and I finally met in person after so many months of getting to know each other online. It’s where everything became real. But I had no idea that less than two months after that trip to Prague I would be engaged and preparing to move to Germany to start a new life.

Traveling to Prague? Check out Prague: 10 Locals Tell You Where to Go, What to Eat, & How to Fit In by Gigi Griffis!