Knowing When to Cut Your Losses

A few hours after we went to bed, I woke up completely sunk into the mattress. I could barely move to change positions. I’m used to ending up with beds that are too firm when we travel, but this was new. It was like memory foam gone wrong. The bed seemed soft and cushy at the beginning, but it was basically making a mold of my body and wouldn’t spring back when I moved.

This was just one of many problems Andy and I had with our hotel in Monteverde, Costa Rica. The bathroom was dingy enough that I didn’t want to take a shower in it. There was a window above the door to our room, but instead of being made of glass, it was just a screen. Any noise from the hallway and any cigarette smoke from people who propped open the outer door to get their fix wafted into our room.

We weren’t sure we could deal with three nights in this place. Plus Monteverde just wasn’t grabbing us. Rather than torture ourselves, we decided it was better to leave and go to La Fortuna a day early. The hotel was nonrefundable, so we paid for a night we didn’t use, but it was worth it. 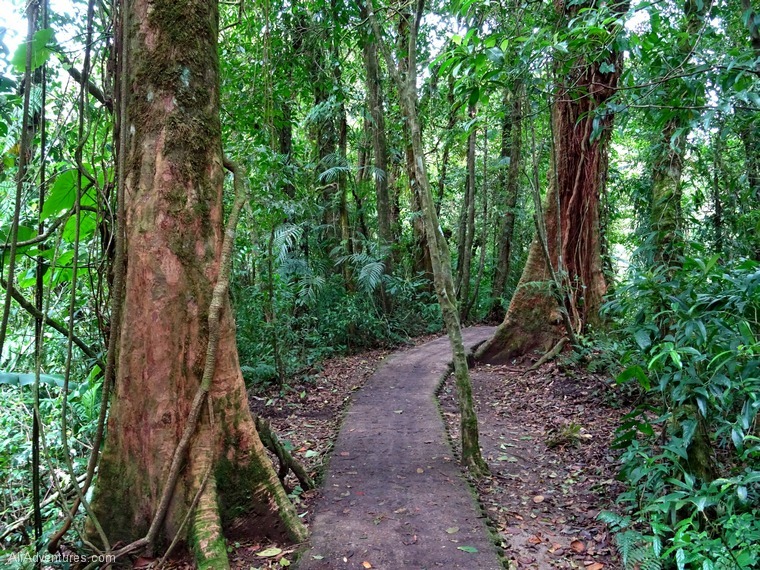 There’s a concept I learned in a college business class called sunk costs. A sunk cost is one that has already occurred and can’t be recovered. You’ve already spent the money but you can’t get a refund. Or you’ve invested your time, but you can’t get that time back.

Often people make decisions based on sunk costs…but they shouldn’t. We already paid for three nights in that hotel, and there wasn’t a way to get our money back. No matter what our next move was, that money was spent. So it shouldn’t have influenced our decision to leave early.

But the important factors were our comfort and enjoyment. The money we spent was not a reason to stay an extra night, dealing with an incredibly uncomfortable bed and trying to figure out what to do in a town we weren’t interested in.

I think we all make that mistake. We invest time into a career, only to realize years later that it isn’t a good fit. But somehow all that time we put into it makes it hard to tear ourselves away. We feel like all those years will be a waste if we quit and change directions.

But that’s not how it works. You can’t go back in time and change things.

So if you wake up one day and decide you need a new career or a new location or a new lifestyle, think of the years behind you as the experience you needed to get you to your current decision. Then look forward. What do you need to do to change careers or move to a new city or live a life of travel? Don’t waste the upcoming years continuing down a path that isn’t the right one for you.

Think of it this way. Let’s say you’re going to the mall because you need a new pair of shoes. You’re driving down the highway for 20 minutes when suddenly you see a road sign and realize you’re going north when you should be going south. Do you keep going because you just spent 20 minutes driving that way? Or do you turn around and change direction because you actually want to go somewhere else?

I hope you’d turn around because driving in the wrong direction will not get you where you want to be. 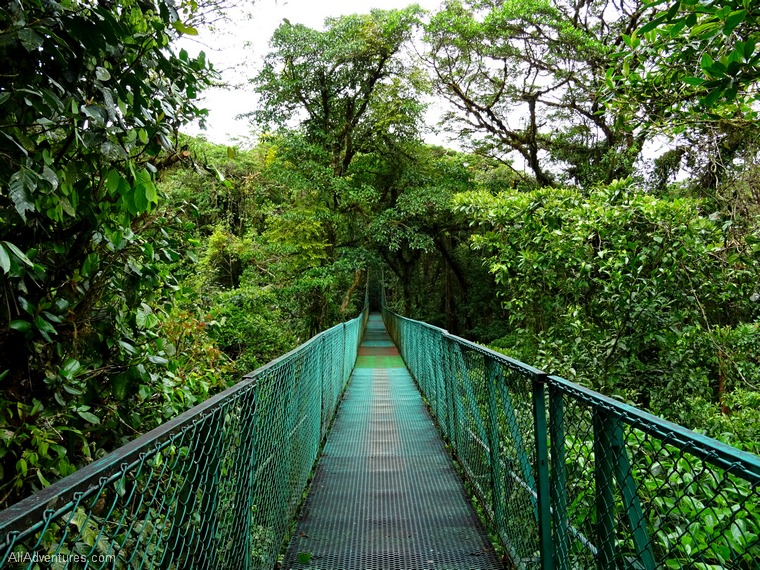 I spent 9 years working in aviation insurance. It was a huge mistake. In college, I could never really figure out what I wanted to do as a career, and I sort of fell into this career path. About 3 years into it, I realized it was wrong for me and I even tried applying for other types of jobs, but I still didn’t really know what I wanted.

So I kept going.

Maybe it was the right decision because I had bills to pay, or maybe I should’ve made a drastic change at that point. But you know what? It doesn’t matter now. I did finally get out of that job and that career, and I can see the good things it did for me.

I can’t change those 9 years, but I can make sure the work I’m doing now is something I enjoy, something that supports the kind of life I want.

What kind of life do you want?

I don’t care if you’re 22 or 45 or 73. What do you want your life to look like? What can you change to get there? What is it about your current life that you don’t like so you know to avoid it in the future?

You don’t have to keep pursuing something simply because you’re already on that path. Get off the path and find the right one.

You’re not stuck just because you’ve been doing things one way for years or decades. Know when to cut your losses and move on to something better.

You don’t have to continue being unhappy or unfulfilled because that’s the way it’s always been. Seek out the things that will make you happy. Don’t worry about the time or money you think you’ve wasted in the past. Whether it’s a bad hotel room or a bad career, today and tomorrow are what you have control over now. 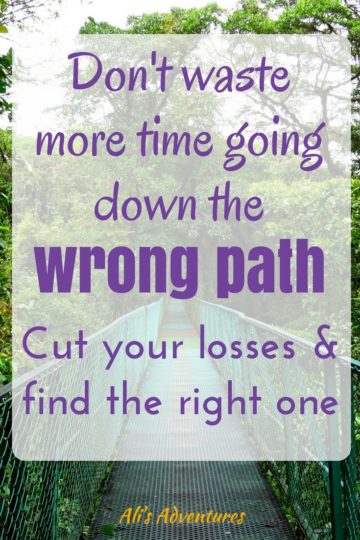 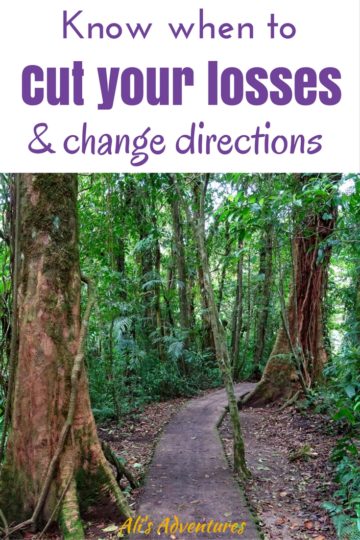