How We Spent 3 Days in Macau

I totally botched my short visit to Macau years ago, so I was determined to see more this time around. Andy and I booked 3 nights in Macau in the middle of our Hong Kong trip. Our intention was to see at least one temple, plus check out a casino or two. Here’s how we spent 3 days in Macau.

Macau is a strange place. Despite booking three nights in Macau, it was still a struggle to see more than the outer casino shell of the city. We tried to get a taxi to take us to some temples, but they didn’t want to go that way. Seriously? And when we asked about a bus, it still sounded complicated. Eventually we gave up.

Instead we walked around the odd Fisherman’s Wharf that was mostly set up to look like old Roman ruins interspersed with souvenir shops and restaurants. It was super cheesy. 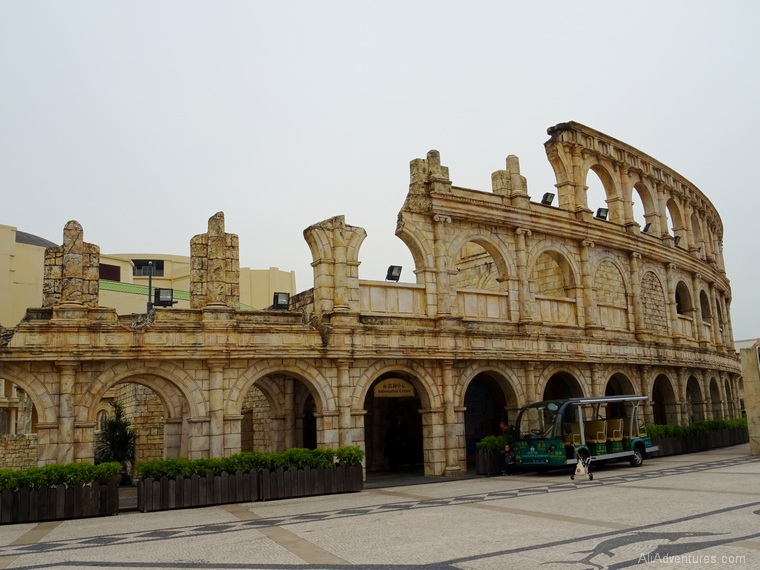 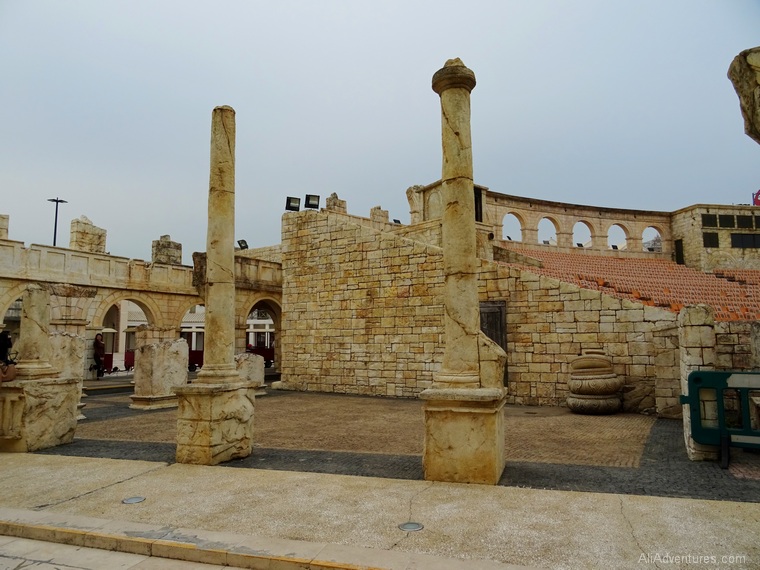 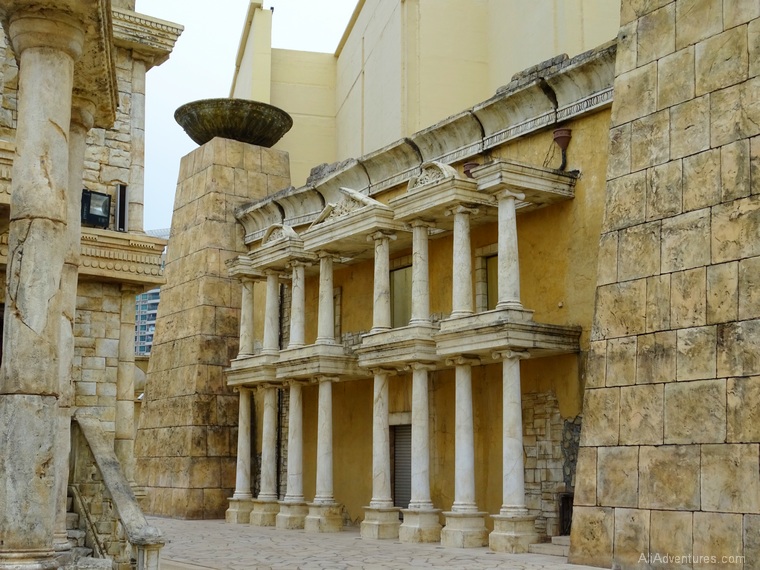 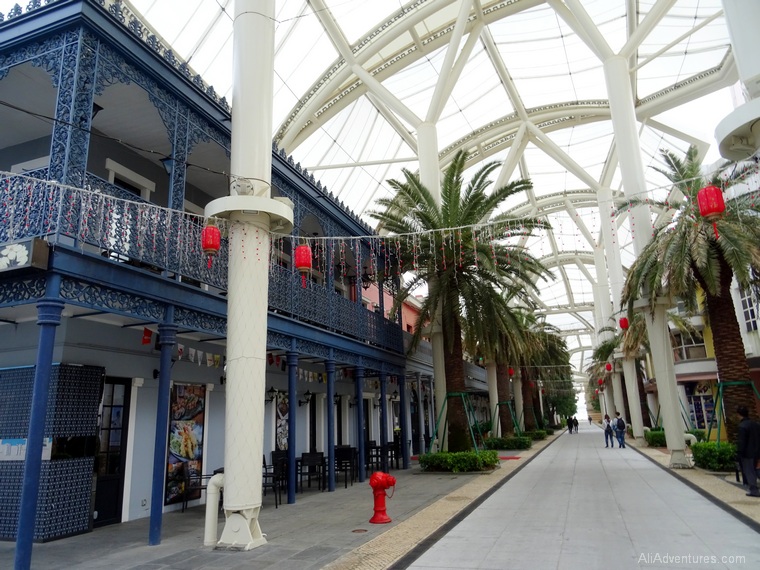 Then we went to the Venetian casino. Andy has never been to Vegas, so he was interested to see what the casinos were like. The Venetian is pretty similar to the one in Vegas – basically a replica of Venice, Italy, complete with canals and gondolas. But it was also like a giant shopping mall with clothing stores, jewelry stores, a grocery store, restaurants, a food court, and much more.

As for the casino itself, we were surprised to find that we couldn’t gamble with Macau’s currency, the pataca. We had to exchange it for Hong Kong dollars. Then we tried out some slot machines, which are pretty simple to figure out in Vegas, but not so in Macau. I had no idea if I had a winning spin on the screen or not, so I simply kept hitting the button. We basically ran through about $5 between the two of us and then decided to quit.

The other odd thing was that servers were walking around giving out drinks to gamblers at tables, but the drinks were bottled water. I’ve read that drinking is allowed, but they don’t freely give out drinks the way they do in Vegas. I didn’t really investigate because we didn’t want to stick around much longer. 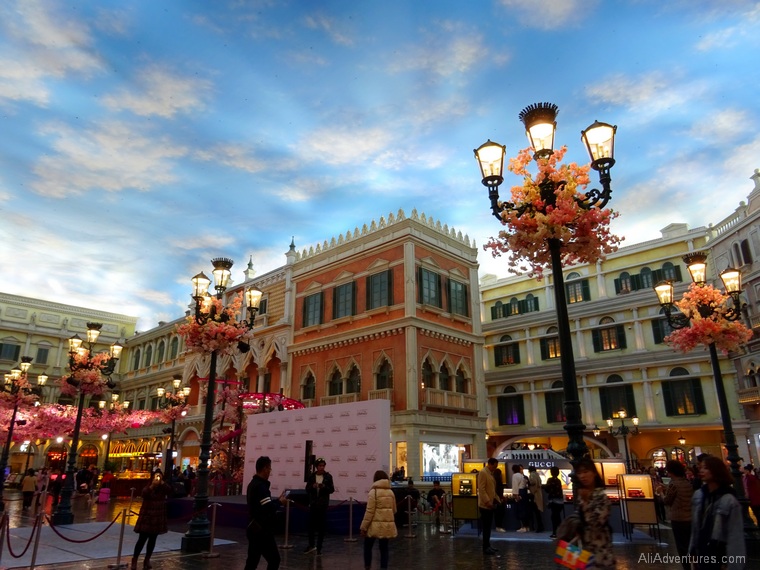 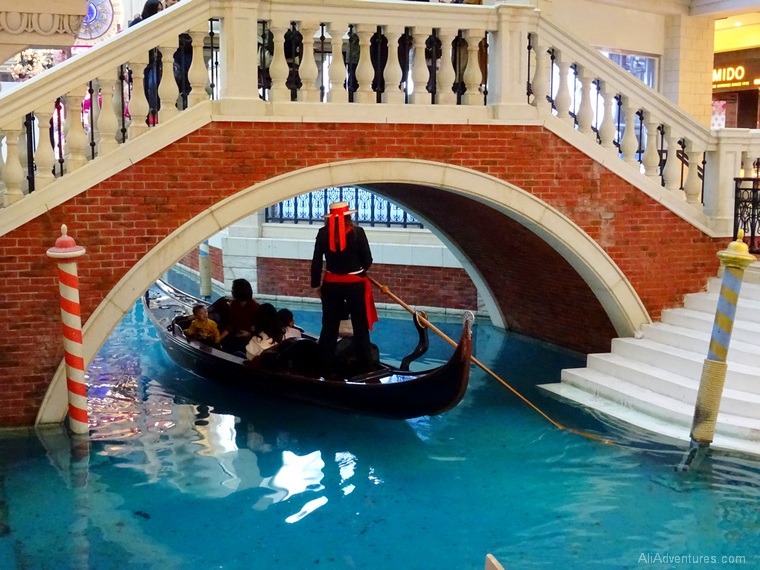 Where to stay in Macau

During our 3 nights in Macau, we stayed at the Grand Lapa Macau. When we checked in, they initially upgraded us, which sounded great and included a fantastic view, but the room was not one of the recently renovated rooms. Since we booked it based on how nice the pictures were, and honestly it was too cold to sit on the balcony and enjoy the view, we went back downstairs and requested our original booking. 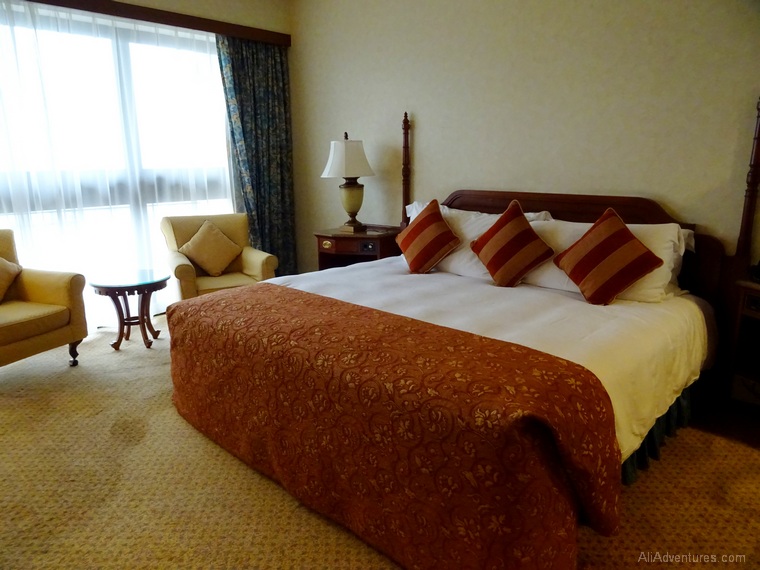 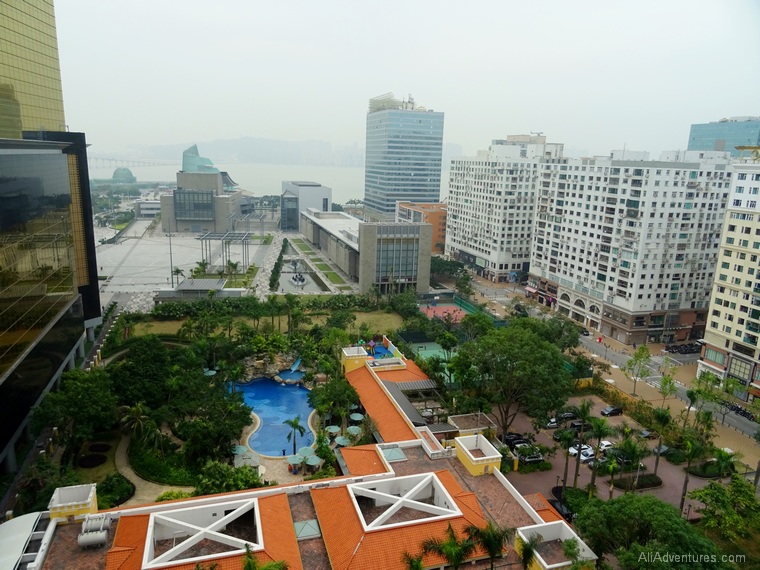 It meant getting a room with two beds instead of one, but the beds were comfortable, and we liked the updated look much better. The bathroom was much more modern as well, and I liked the separate shower stall instead of the tub in the non-renovated room. (Of course, I forgot to take pictures of either bathroom.) 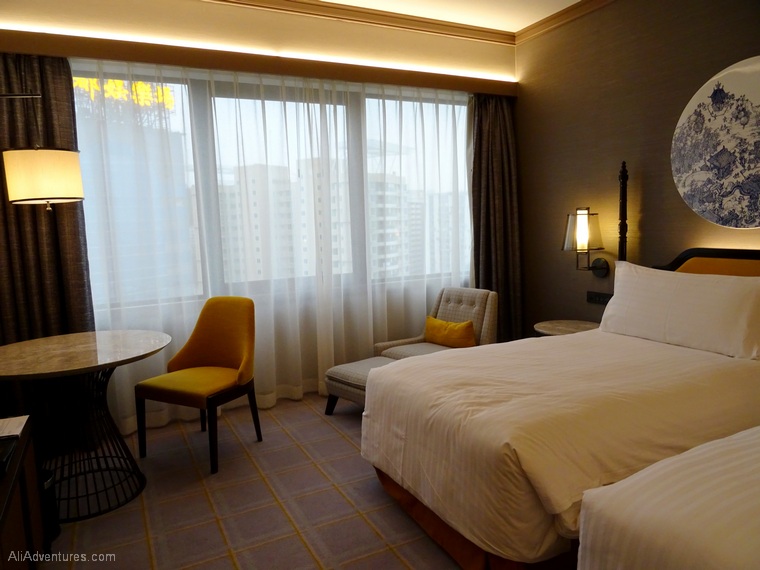 The staff were really helpful in talking to taxis when we tried to go see some temples, and they directed us to the nearby Sands casino where we could get the free shuttle to other casinos like the Venetian. We loved the bar/lounge area and enjoyed a few drinks there on two of our three nights. We also ended up eating dinner at the hotel, and it was fantastic! Definitely recommend checking out their sit-down restaurant. 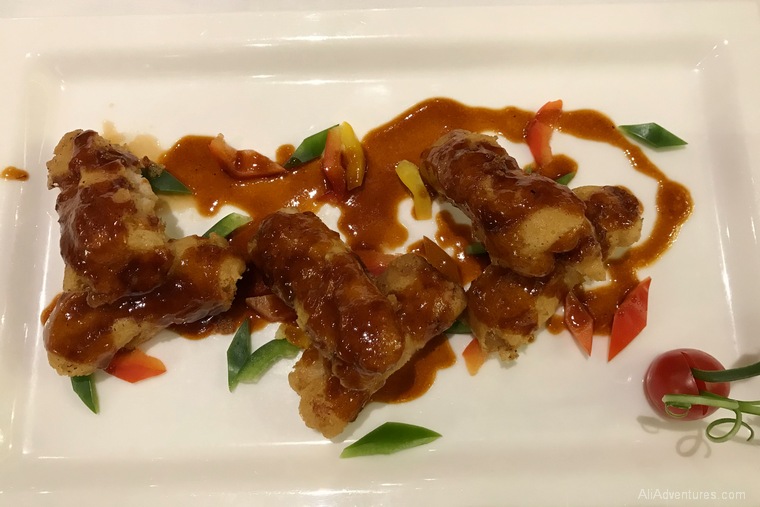 I’ve given Macau two tries now. I really regretted how badly the first time turned out, so I’m glad I went again and spent 3 days in Macau. It’s definitely an interesting place and worth a short visit if you’re traveling to Hong Kong. However, I’m not sure I need to go back.