How Much Money I Make Online: Income Report January 2017

January is cold and gloomy in Berlin, so it’s often when Andy and I skip town in favor of warmer locations. Berlin’s latitude is about 52.5N, and the darkness has a much bigger effect on our mental health than I ever thought it would. So last year we went to Belize, Guatemala, Honduras, and El Salvador, and this year we went to Panama, Costa Rica, and Nicaragua!

And while we traveled, my blogs continued to earn money for me, despite days of not even opening my laptop. 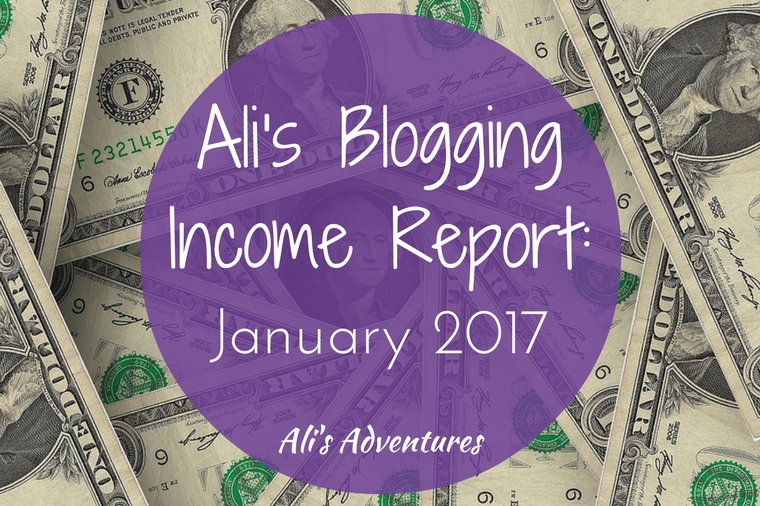 How much I earned from blogging: January 2017

As a reminder, I’m reporting my income in the month that I was paid, not the month I technically earned the money. And these numbers do NOT include money I earn outside of my own websites. I do VA (virtual assistant) type work for two other websites, and I occasionally write freelance articles.

Since I’m reporting my income in the month that it was paid, this means most (but not all) of the money listed here comes from November. November is an interesting month because it’s when so many people start shopping for the holidays. And then you have Black Friday at the end of the month.

How does this relate to a travel blog? Well, since there are more people online, ad rates are higher, which means I earn more from the advertising on my site from AdThrive and Google Adsense.

It also means my Amazon affiliate commissions get a boost. I promote luggage and other travel-related products, and often people decide to buy them. But I also get credit for anything else they buy within 24 hours of clicking on an Amazon link from my site. So if people are doing a little extra shopping, I earn more money.

In November, Amazon also did a special 12% commission for anything sold through their somewhat new Native Ads. I tried them out on a few pages and earned some extra money that way. Usually I earn anywhere from 4% to 7% depending on the type of item and the number of items sold in a month, so 12% was a great bonus.

>>Read more about why I love making money from affiliate marketing.

One thing I tried starting at the end of October was Amazon’s CPM ads. It’s similar to Google Adsense, and you get to set the rates. You have to set it up as a passback to Adsense (or theoretically another ad network) so if Amazon has an ad that meets or beats the rate you put in, they’ll show an ad. Otherwise, an Adsense ad will show.

So now instead of earning about $150 a month from Adsense, my January payments between Adsense and Amazon CPM ads came out to about $210 together. Not a huge difference, but every little bit helps.

While I loved the extra commission from the Amazon Native Ads in November, I decided not to stick with them after the bonus period was over. I tracked how many clicks and conversions I got, and it was actually lower than the set-up I had previously. So when the commission went back to the normal level on December 1st, this could potentially mean less money for me, so I stopped using them.

I’m also starting to realize I need to work on social media scheduling options. I never liked the idea of scheduling Facebook and Twitter posts, but I also don’t like the idea of being chained to my laptop or phone so I can stay on top of social media. Something has to change if I want my blog to gain more readers and traffic, so now I’m looking into different scheduling tools.

I’m already using Tailwind to schedule posts on Pinterest. That has been a huge time-saver, and my traffic from Pinterest is starting to increase.

Why I love earning through affiliates

I’ll write more in-depth about this in the future, but I wanted to touch on this a little since it’s so relevant to this particular month.

As I mentioned, my January income was mostly earned in November. During the last week of November (and the first week of December) I was really sick and ended up in the hospital. This meant I wasn’t doing any work. But because my site keeps running without me, I can still earn affiliate commission even when I’m focusing on other things.

During the last 7 days of November, which included Black Friday, I earned $431.15 from Amazon alone. That’s $431.15 while I was in the hospital with an IV hooked up to my arm. I don’t have a good way to look back at what I earned from AdThrive for that exact period, but my estimate is somewhere around $400-450.

Those numbers would’ve been lower during almost any other week of the year. But it’s always nice to know I won’t lose money if I can’t work for a few days or so.

Check out Making Sense of Affiliate Marketing Course, the course that helped me increase my blog income from affiliate commissions.

As I mentioned, Andy and I flew to Panama in the middle of January. At the beginning of February, we left there for Costa Rica and Nicaragua. As you read this post we’re finishing up our last few days in Costa Rica before flying back home to Berlin.

This trip has been a lot of fun. Panama surprised me – I didn’t expect to like it as much as I did. In and near Panama City, Andy and I got to see the Panama Canal on a full transit tour, and we took a ride on the Panama Canal railway. We also visited an animal conservatory that’s doing some wonderful things to help animals, and we saw some ruins of a couple old forts.

In Boquete, we took a coffee tour and explored a cloud forest on a hanging bridge canopy tour. In Bocas del Toro, we enjoyed some beach time, took a fun boat tour around the islands, and I went on a zip line tour.

I’ll share more about our Central America trip soon, and don’t forget to look for next month’s income report! 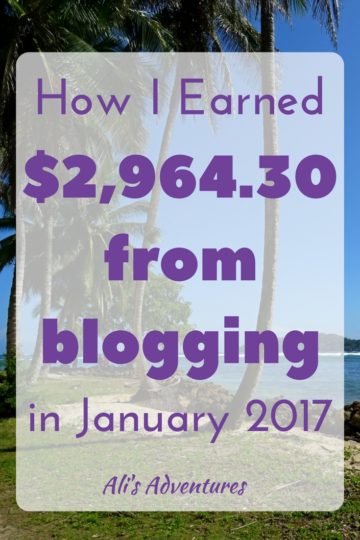 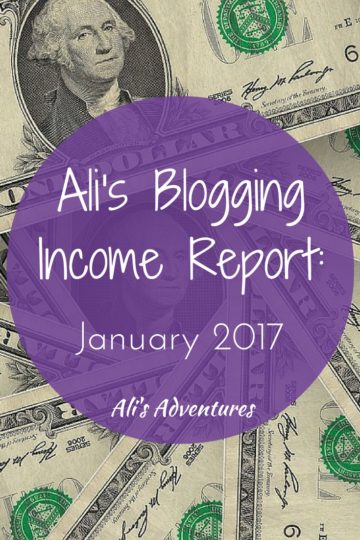 Sign Up
Non-Traditional Interviews: Full-Time Travel with a Dog 5 Reasons Why Being a Digital Nomad is Not For Me