While researching our trip to Turkey, Andy found that most people visit the ruins of Ephesus as a day trip from either Izmir or Pamukkale. Since we never expected to be in Izmir, that wasn’t an option we considered. We did plan on going to Pamukkale, but it’s three hours away, and spending that much time on a bus twice in one day to see the ruins seemed unpleasant. So when we found out the town of Selcuk is just a few minutes away, we decided to stay there for a few nights. 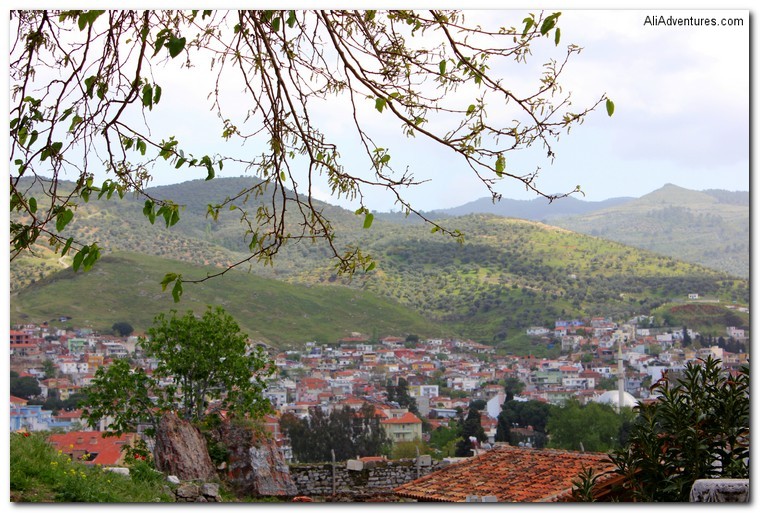 Staying in Selcuk turned out to be a great decision. We met some really friendly people, like the restaurant owner who ran out to another restaurant to get vodka for my vodka and Coke because he was out and I didn’t want beer. And his cook, who explained to us the extremely long word on the wall above the oven, which turns out to be some kind of prayer for the start of the workday. Then there were the brothers who ran the guesthouse we stayed at, who were always around with helpful information and a bottle opener when Andy needed to open a beer.

The people can really make a place more memorable.

Selcuk was also loaded with history, even aside from its proximity to Ephesus. In the short distance between the train station and our guesthouse stood the ruins of an aqueduct. 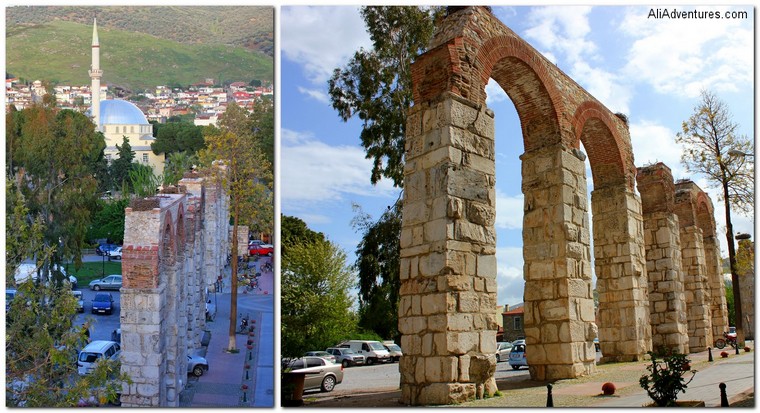 From the rooftop dining area of our guesthouse, not only did we have a great view of the city, but we also discovered a castle on a hill. We had no idea there was a castle in Selcuk before we arrived, but since we love castles, this was a huge bonus. 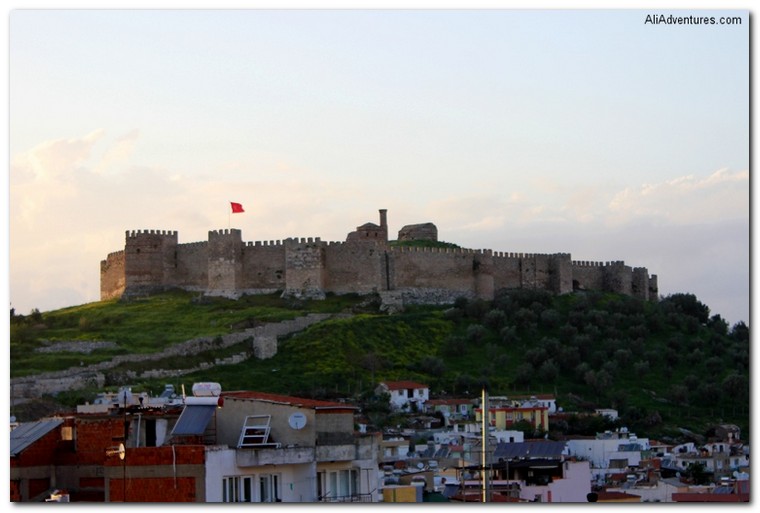 The day after we went to Ephesus, we went to explore the castle and the ruins of St. John’s Basilica next to it. It turned out the castle was closed, so we couldn’t even get that close to it, but the ruins were pretty amazing. And even though there were plenty of tourists there, we seemed to be the only ones who weren’t there in an organized tour group. 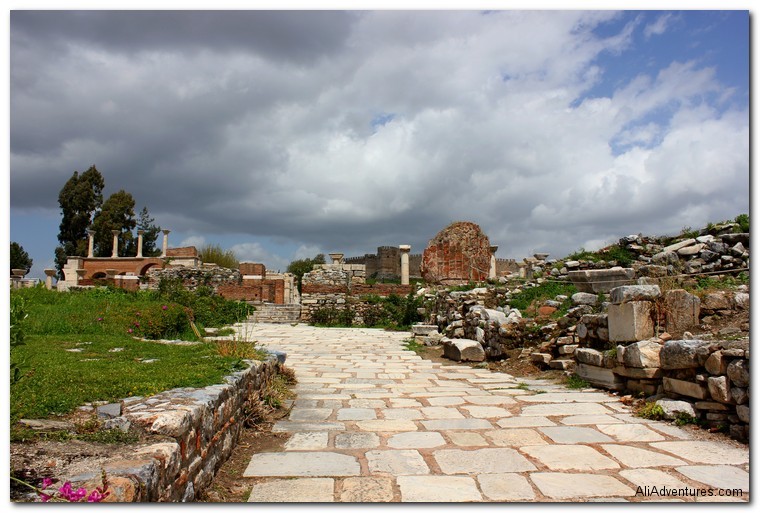 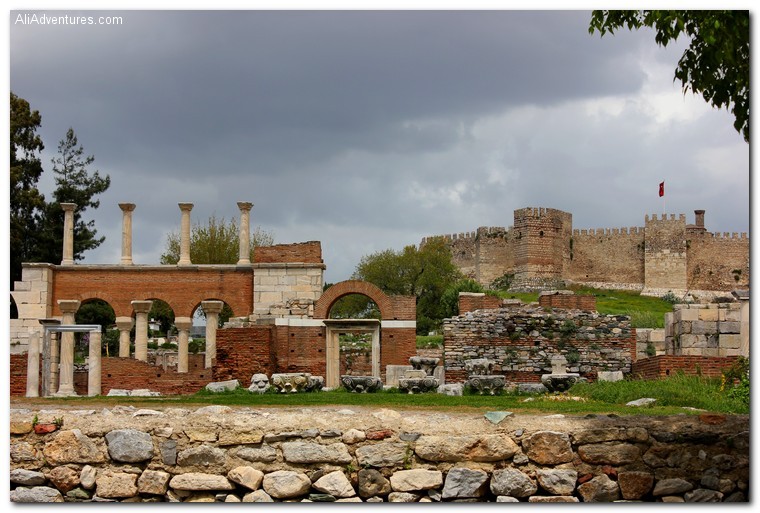 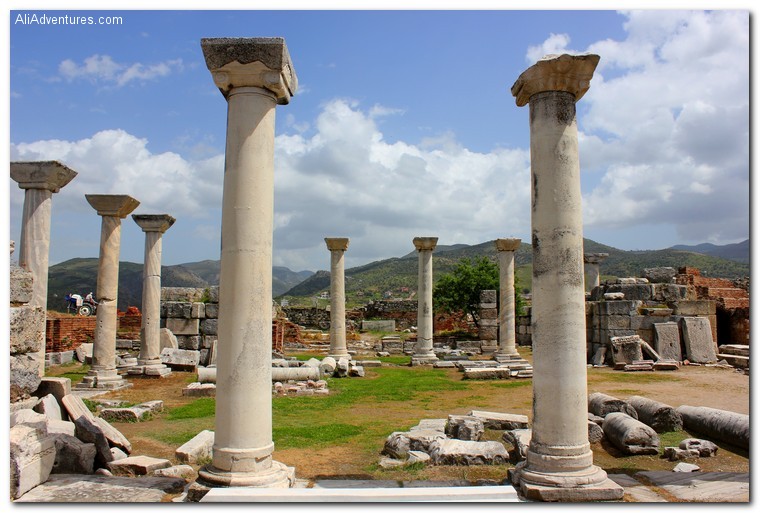 We saw what is supposed to be the tomb of the Apostle St. John. 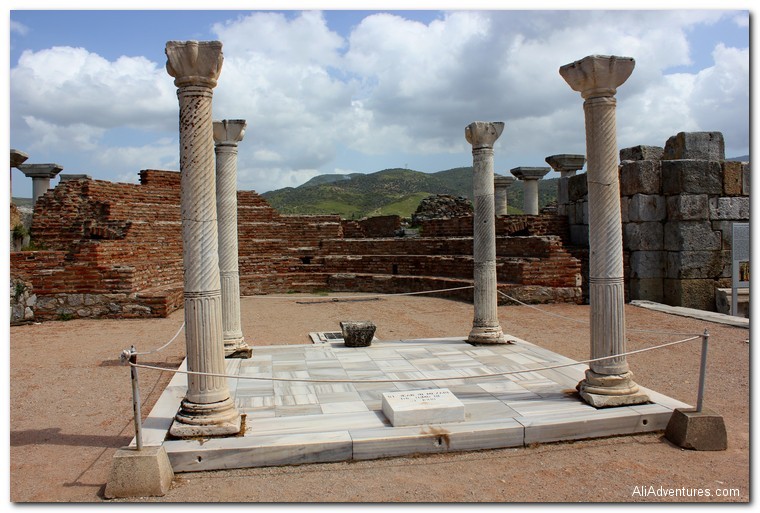 Though we decided we didn’t have time to go see the Temple of Artemis, we realized we could actually see it from the hill the Basilica was located on. I needed my zoom lens to see it well, but it was enough. 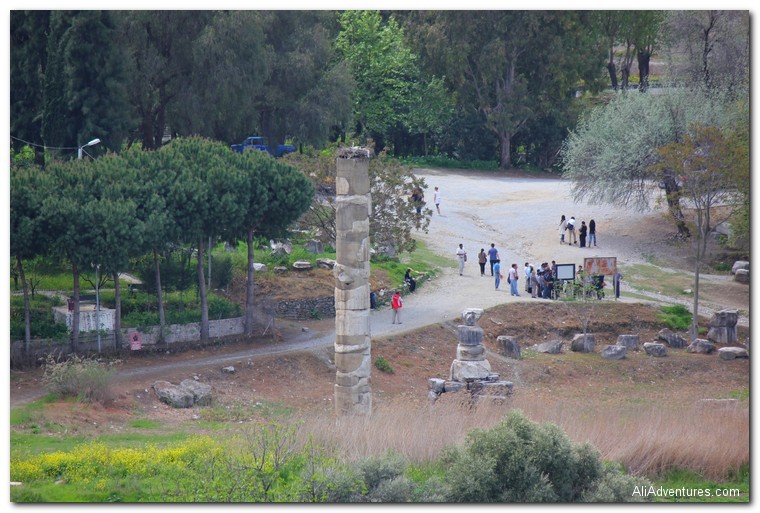 One of the interesting things at the Basilica was a model of the area that showed where the shore had been at different times in history. Ephesus was actually built on the coast, though today the shore is miles away. 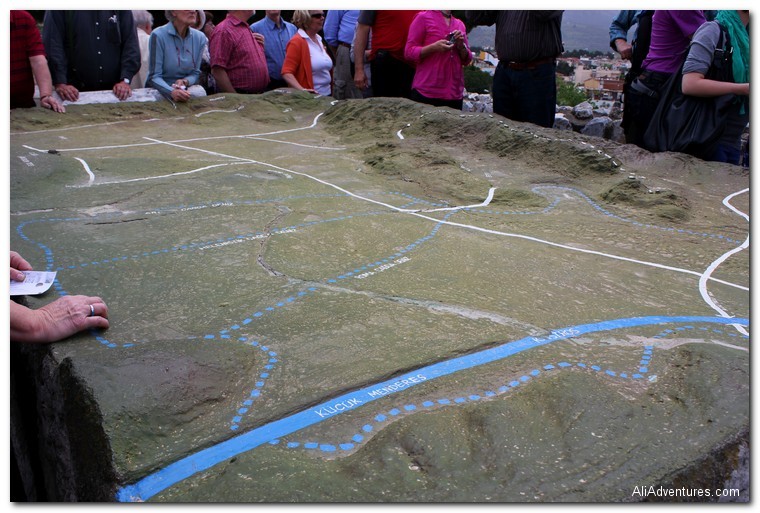 They also had  a model of the Basilica so we could see what it would’ve looked like when it was still intact. 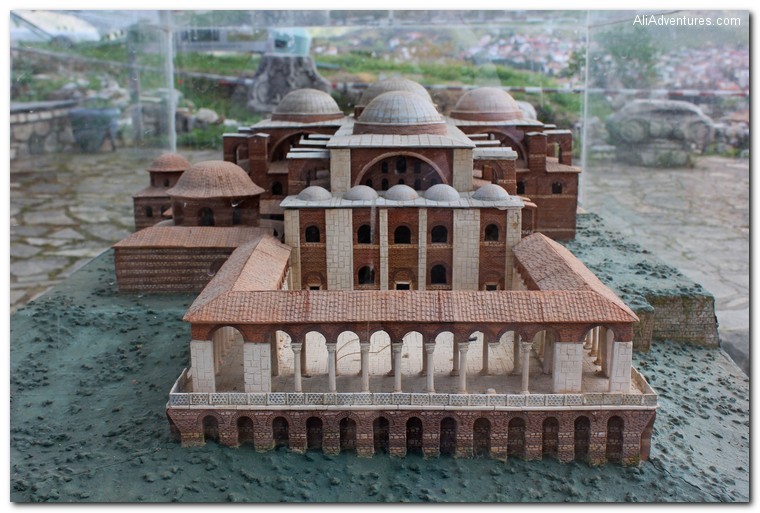 Andy and I spent about an hour and a half leisurely wandering through the ruins and taking pictures. It was definitely worth the 8TL (about 3.50 euro or US$4.50) per person entry fee to explore St. John’s Basilica. Plus the views of Selcuk and the countryside were gorgeous. It was a great way to spend our last day enjoying Selcuk before moving on to Pamukkale. 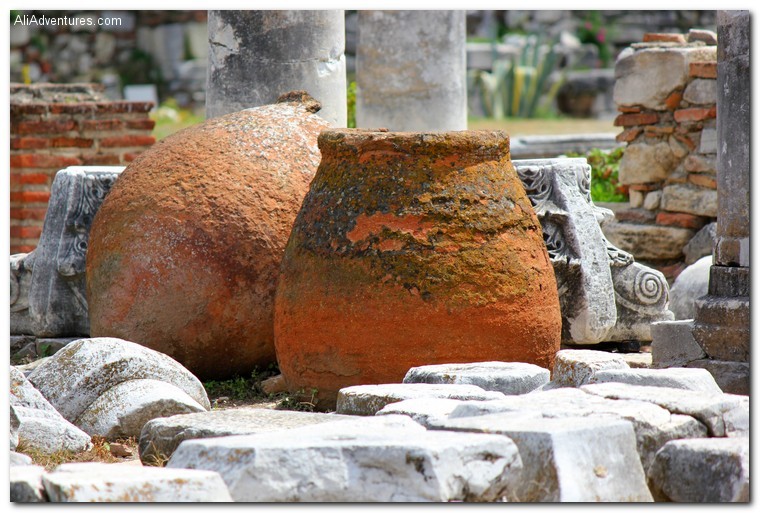 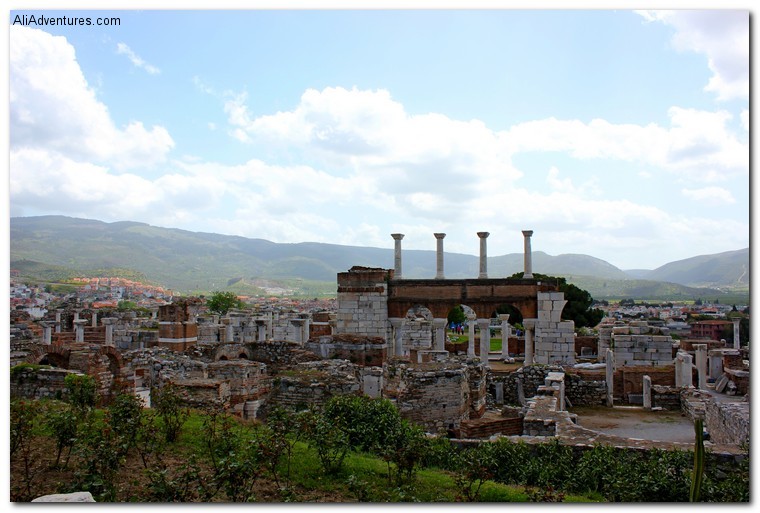 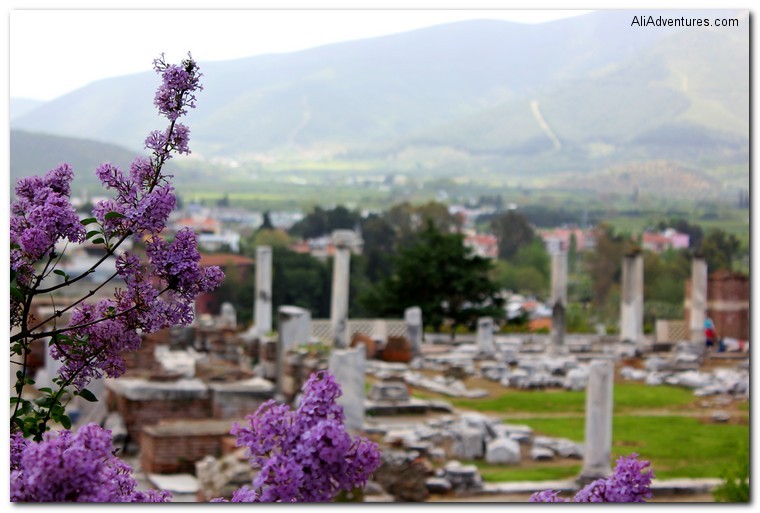 Sign Up
Ephesus Photo Tour Sometimes I Fake It