I can always count on Andy to get excited about funiculars, and Budapest was no exception. So on our first full day in the city, we left our apartment late in the morning to go find the funicular that goes to the top of Castle Hill. We were staying on the Pest side of the city, and Castle Hill is across the Danube River on the Buda side, so we found the Chain Bridge, the oldest bridge to connect the two sides, and started wandering around in the heat. 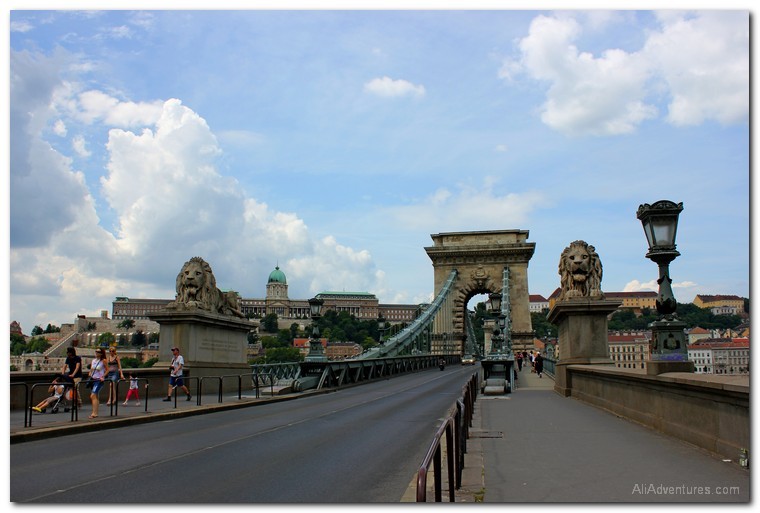 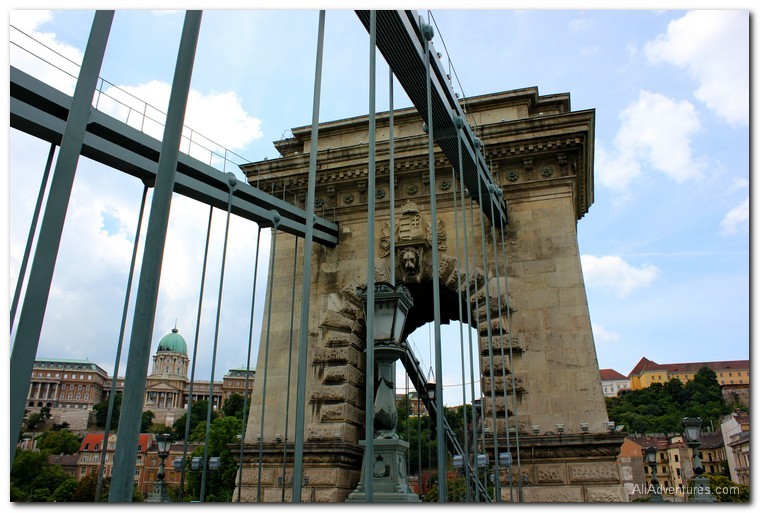 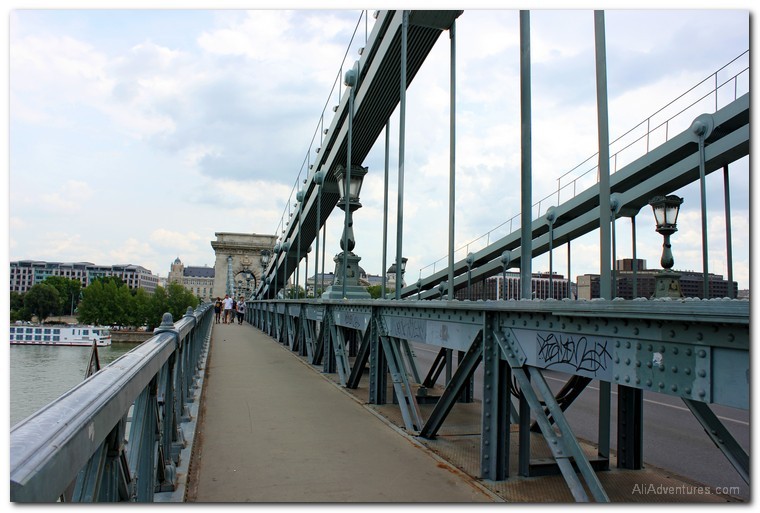 I mention the heat because we should really know better by now. We were traveling in mid-July, so clearly high temperatures could be expected. But instead of working around this by going earlier or later in the day, we had a lazy breakfast and left around 11am. By the time we made our way to the other side of the bridge, it was almost noon and the sun was beating down on us. This led to the purchase of overpriced and not-so-tasty lemonade being sold at the base of the funicular, conveniently situated next to the ticket line. Once we finally got up top, we were starving and in need of lunch. 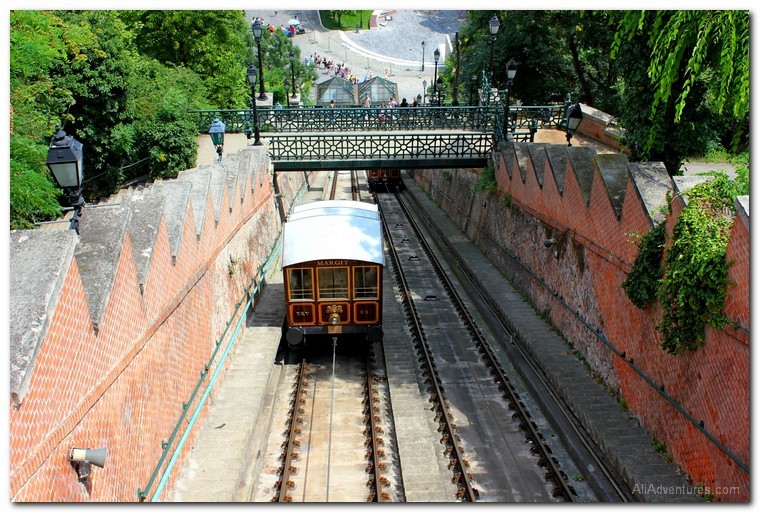 The restaurant we picked for lunch had some spectacular views of the river and the Pest side of the city. Also, our choice to sit at a table with an umbrella instead of out in the sun, which the staff seemed to think was odd, saved us from the downpour that hit briefly in the middle of our meal. 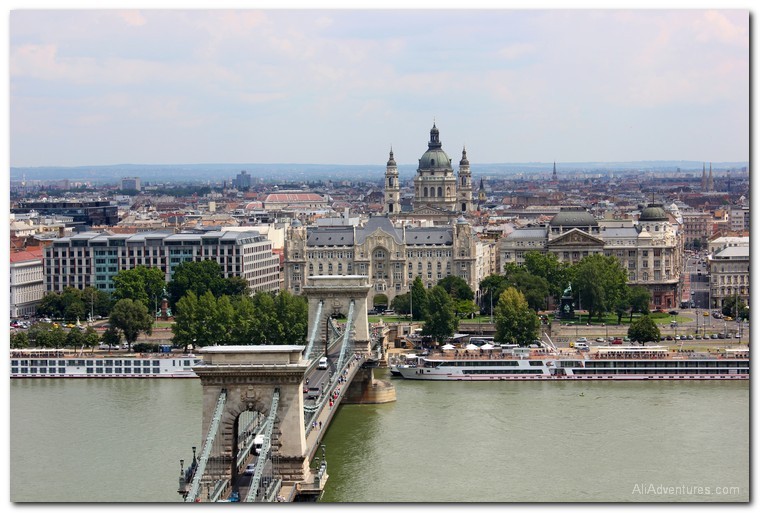 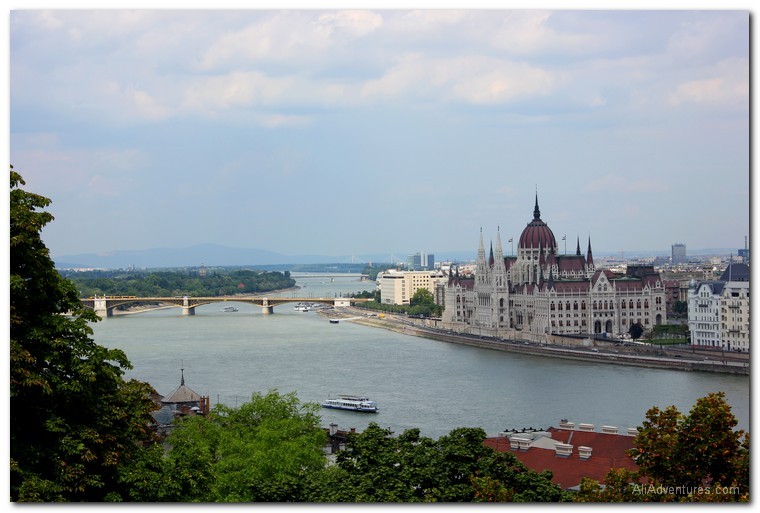 Finally, we started exploring the area. We started with Buda Castle, or the Royal Palace, taking pictures of the castle itself, the courtyards adorned with flowers and statues of men on horses, and eventually moved on to Mattias Church and Fisherman’s Bastion. All the while taking breaks to sit in the shade, gulp down water, and try not to pass out because we were up on a hill while the sun was at its highest point of the day. 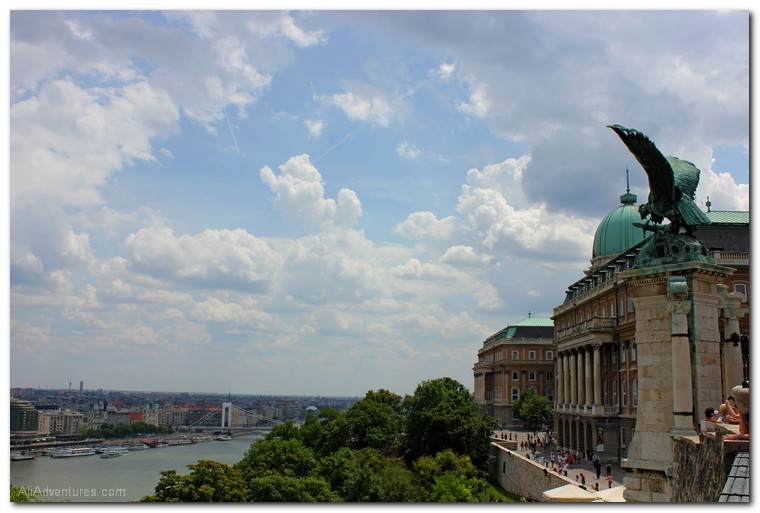 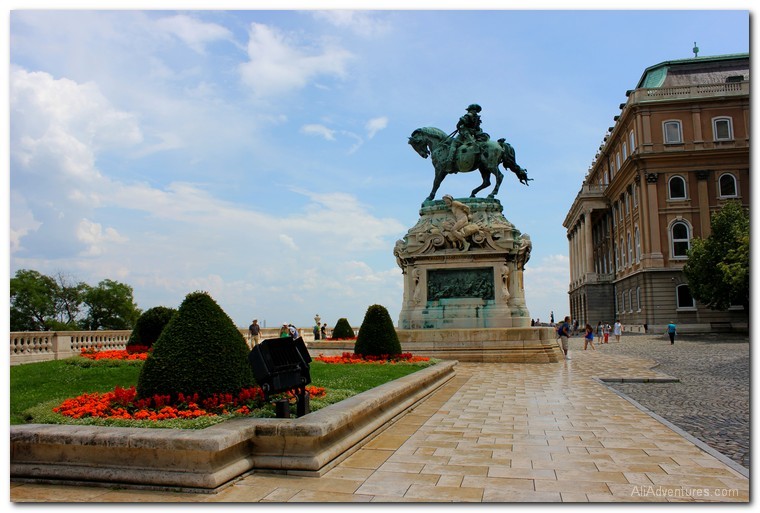 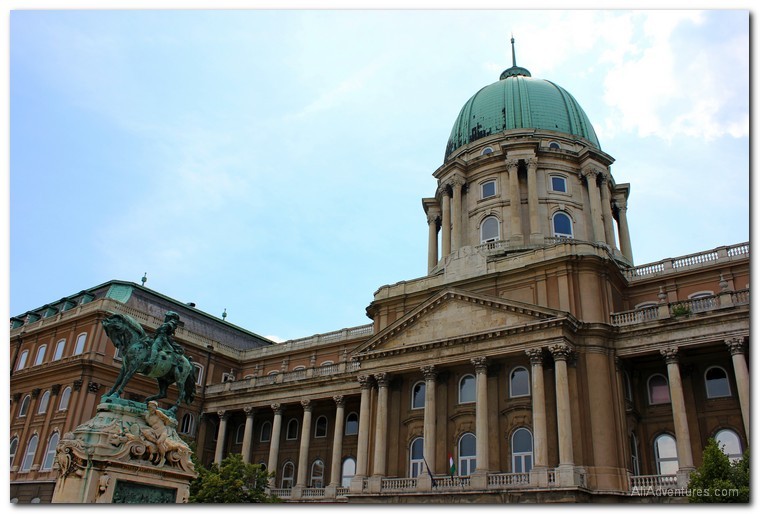 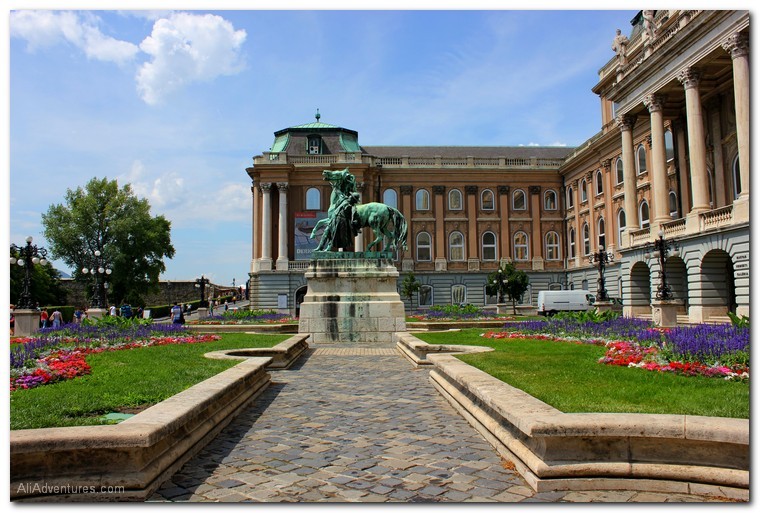 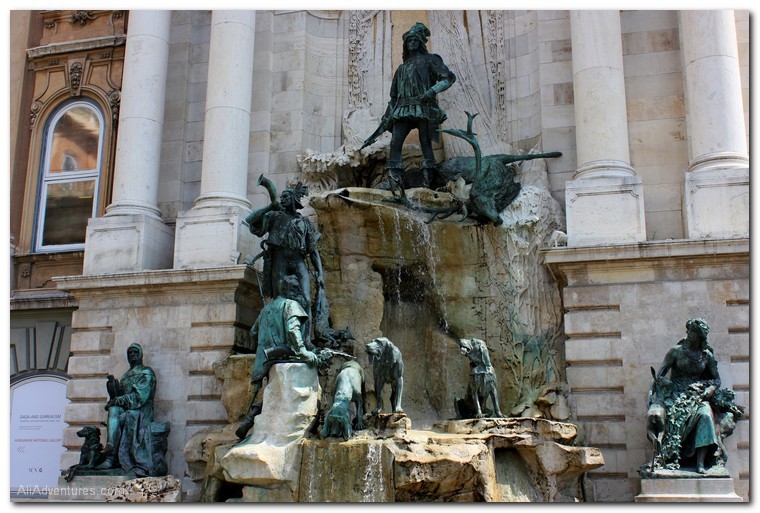 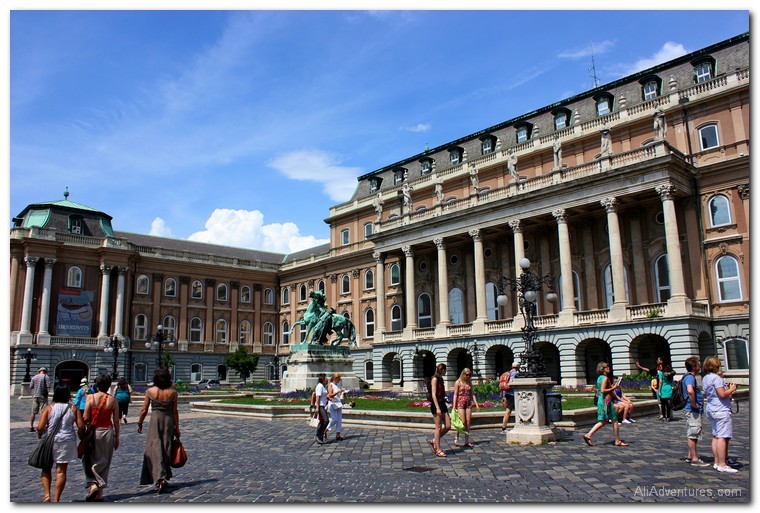 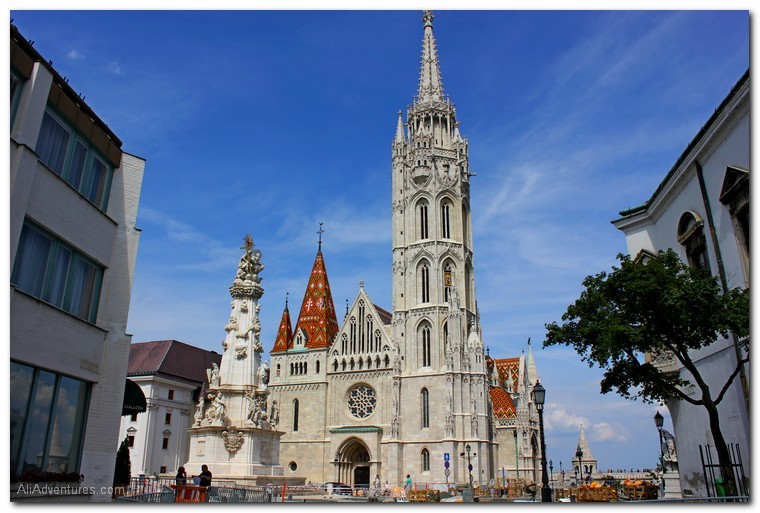 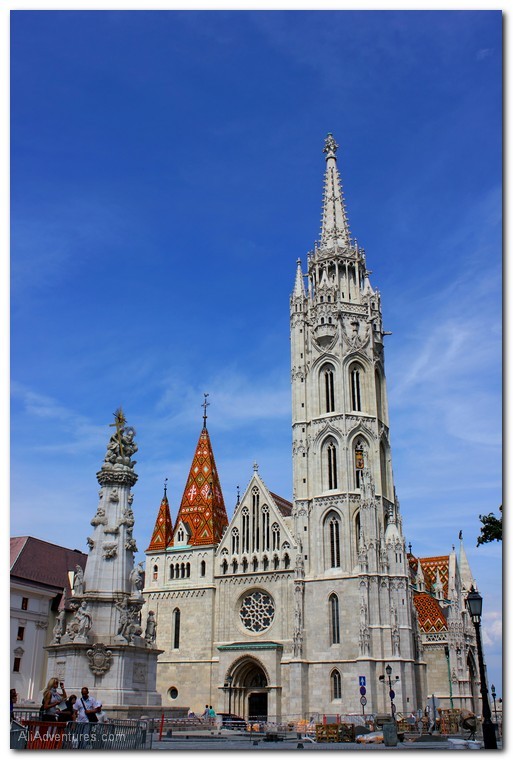 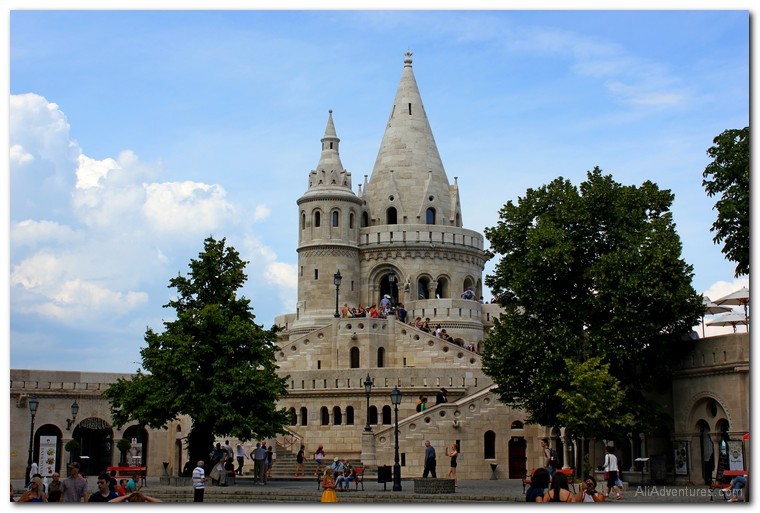 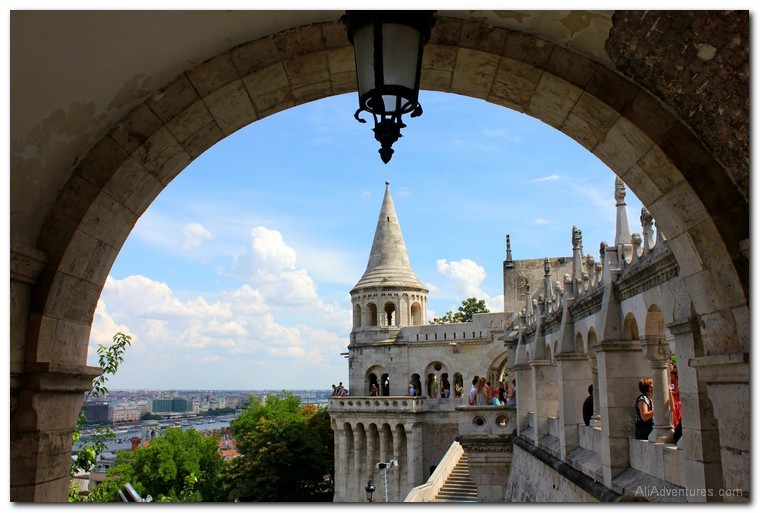 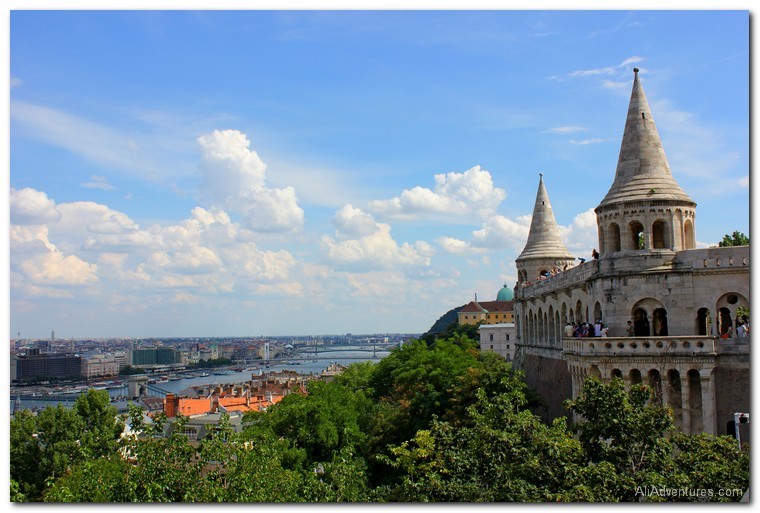 Eventually the sun wore us down, and we headed back to the apartment. We were so exhausted, we stayed in for dinner and watched Germany win the World Cup from the apartment instead of going out. It was a nice day with some gorgeous scenery, but it also reminded us to pay more attention to the weather and time of day when we’re going to be outside for hours. The rest of the week went a bit better because of this reminder.