After our harrowing flight experience, Andy and I weren’t really up for too much on our first full day in Cappadocia. We tried to sleep in, but that was thwarted by the early morning call to prayer, as expected really. We knew we wanted to take a ride on a hot air balloon, but we also wanted to see what else we could do near Goreme. So after breakfast and maybe a short nap for me, we wandered into town to find out our options for tours we could do in the area. 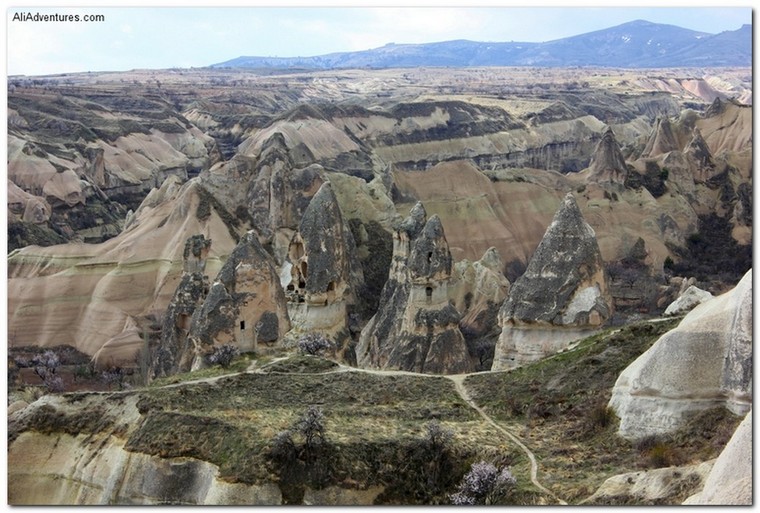 The town of Goreme has many small travel agencies right in the center, so we walked into the first one we saw. Let’s call it Travel Agency A. The woman showed us a map of the area and explained the red and the green tours. Her accent was hard to understand, she didn’t seem too enthusiastic about the tours, and something just wasn’t grabbing us. We thanked her and left to explore other options. 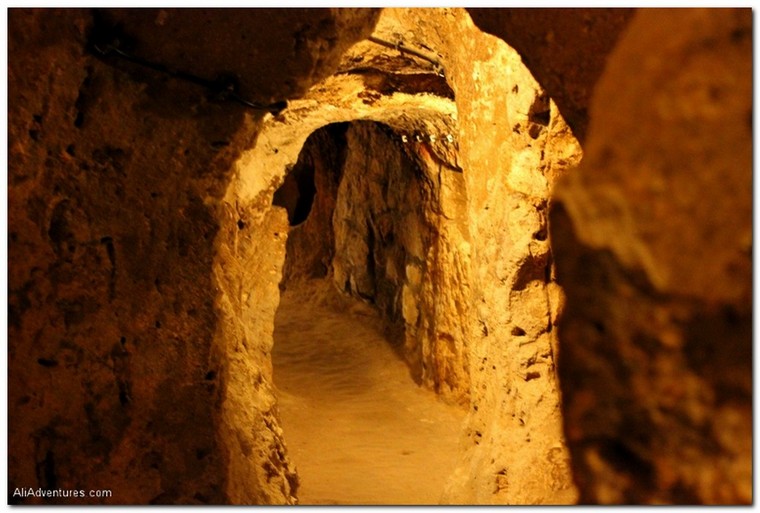 After checking with Travel Agency B and getting the same results, we decided to try one more before making a decision. When we walked into Travel Agency C, we were offered tea by a friendly agent. He explained the same two tours, again at the same prices, but he gave much more detail. He seemed much more open to questions and really wanted to make sure we understood everything. He even had a printed out map to give us, which the others did not. So after a little discussion, we decided to book the green tour with Travel Agency C. Arbitrary really considering they were all offering the same thing, but we just felt more comfortable with this one. 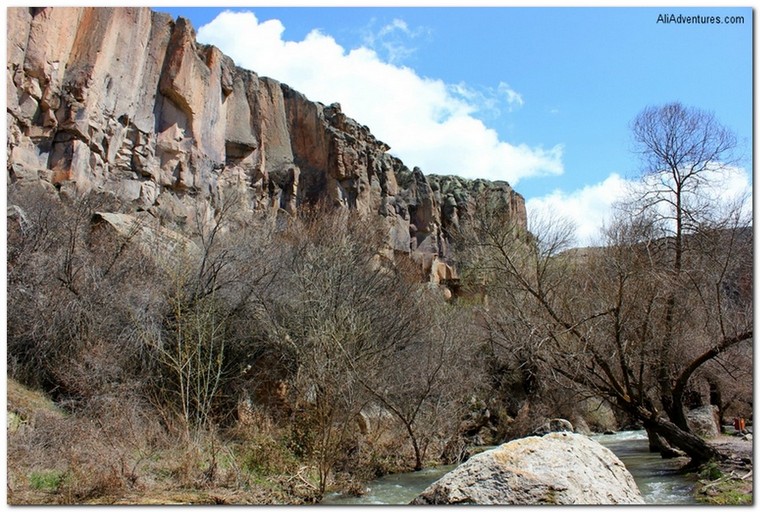 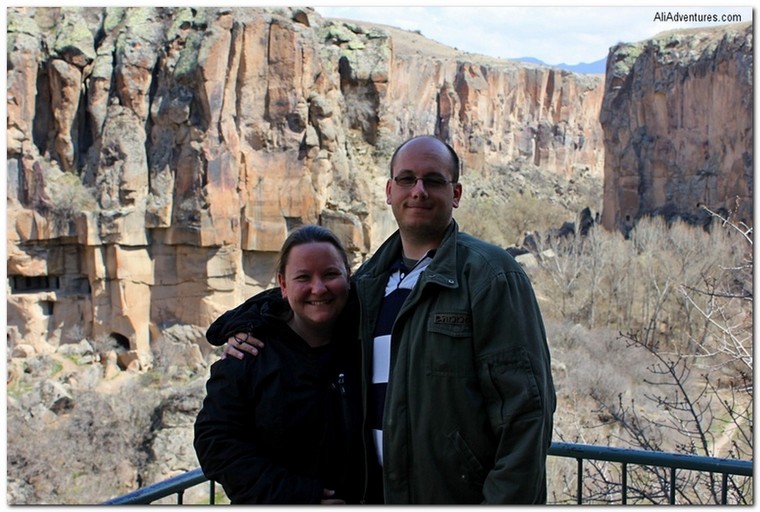 The next morning we waited outside of our hotel to be picked up for the tour, but the pick-up time came and went. Eventually Andy asked the helpful manager at our hotel to call the travel agency. It turns out they forgot us! I’m not really sure what was said, but a few minutes later an empty van picked us up and brought us to the travel agency. 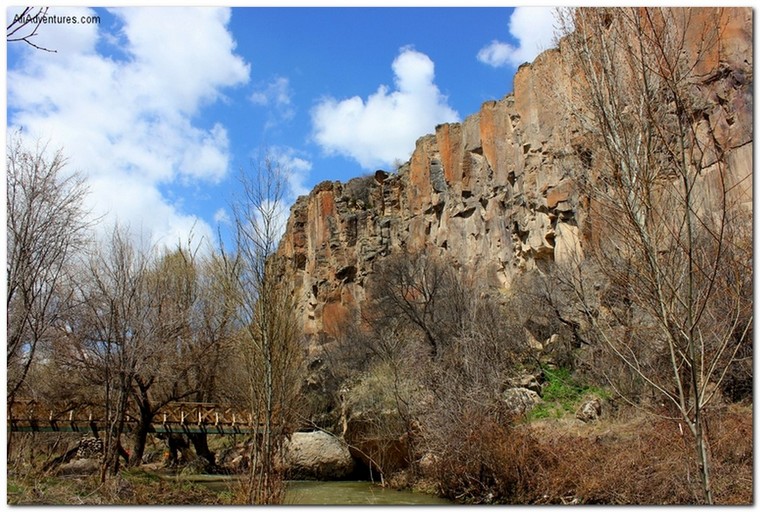 After a lot of confusion and no one telling us what was going on, we were ushered into another empty van, clearly not a tour group. The driver never spoke a word to us either. He sped along, rushing to get us somewhere, and a few minutes later he pulled over and dumped us off with another tour. 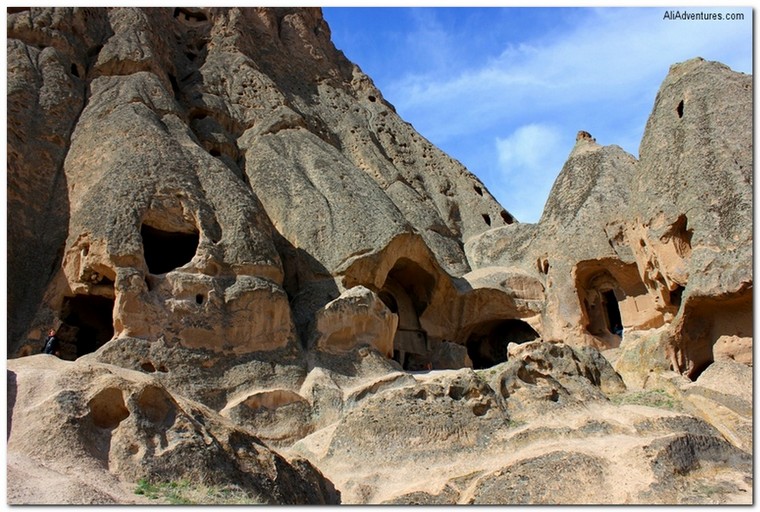 Wait, is that the woman from Travel Agency A? The one whose accent was so bad we could barely understand her? Yep, she was running the tour we got stuck with since ours forgot us. And she was trying to get us into the van without letting us see the view they stopped there for. We insisted they wait a few minutes for us to take some pictures since it was part of the tour we had paid for, and even though she wasn’t happy about it, she waited.

The tour continued as scheduled through one of many underground cave cities, a hike through the valley of a national park, lunch, a monastery in Selime built into the caves, a view of Pigeon Valley, and the obligatory stop at a cheesy souvenir shop where they pushed us to buy Turkish Delight, among other things. Luckily we were able to skip the onyx shop since only one person wanted to go and her husband convinced her not to force the whole group to go on her account. 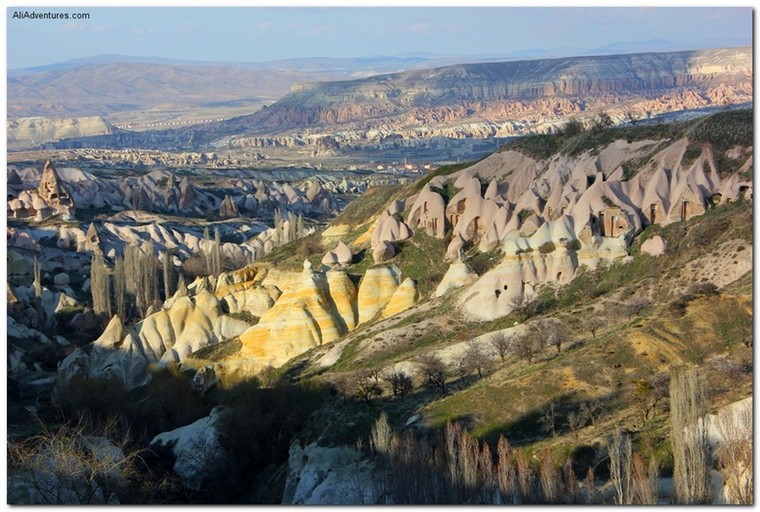 We saw some really interesting scenery, as you can see in the photos, but overall it wasn’t the best tour I’ve ever taken. If we had been able to drive ourselves around, we still would’ve explored the valleys, the park, and the monastery, but I would’ve been fine skipping the underground city (it made me claustrophobic) and the souvenir shop. It also would’ve been nice to do the route in reverse to avoid the herds of tour groups. My final piece of advice – If you’re in the Cappadocia area of Turkey and you want to do one of these tours, don’t waste your time shopping around to all the different agencies. They all offer the same tours for the same price, and you could easily end up on a different van anyway. 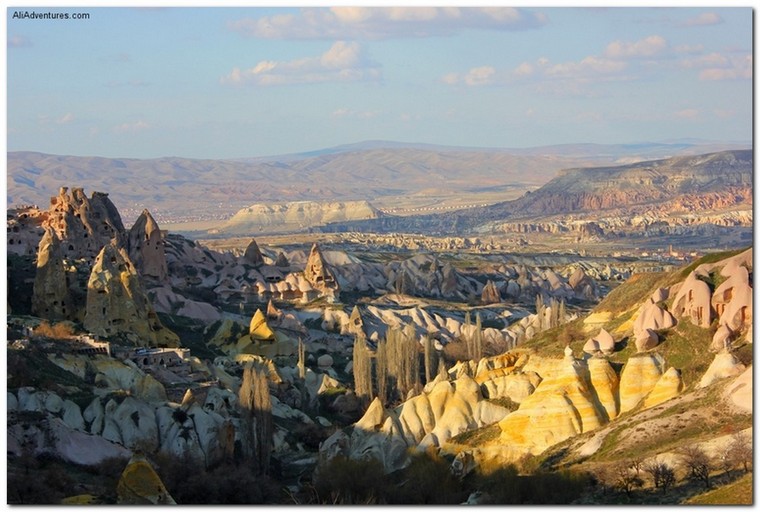