When I recently spent a day in London on a long layover, I expected to wander the city taking pictures of well-known sites and generally just trying not to fall asleep on the sidewalk. I never expected to actually see people camped out on the sidewalk. 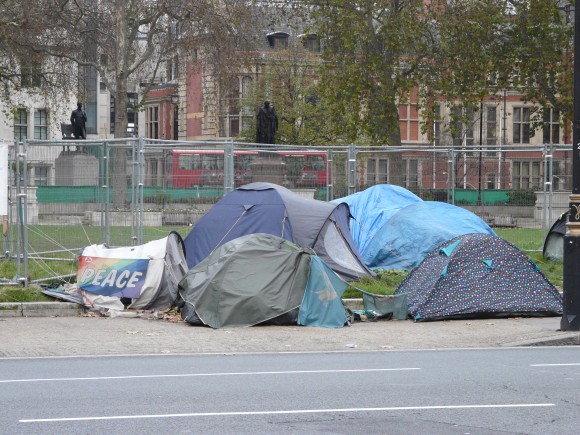 This is what I saw across the street from Westminster Abbey and Big Ben. At first all I saw were the tents, so I was very confused. A colony of tents seemed very out of place in the middle of a tourist area of London, and I wondered why they were there. Then I started looking around and noticed a variety of posters and realized these were protesters. 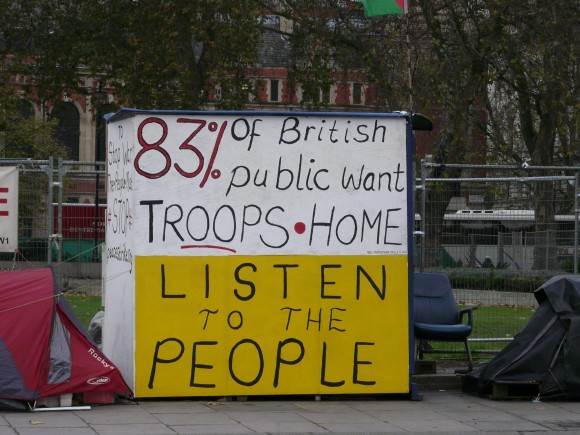 Some of the signs held messages about peace and messages against the war in the Middle East. Some appeared to be protesting the Iranian government. It was very powerful to see that these people were so passionate about their beliefs that they were camping outside in freezing cold temperatures. I could tell by the condition of some of the signs and tents that they had been there for quite some time. They cared deeply about spreading their messages and were making a huge sacrifice to do it. 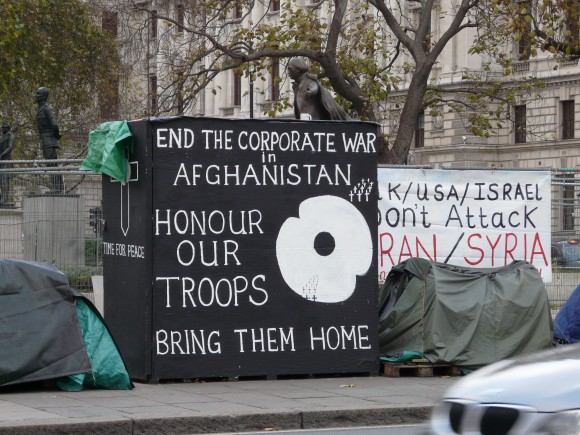 I used to work in midtown Atlanta at a busy intersection, and every Friday a group of protesters would gather in front of the building with their signs. They were protesting the war and trying to get passers-by to “honk for peace.” But they stood outside on the corner for a couple of hours at lunchtime one day a week. I’m not sure what they ever accomplished by doing this or if they ever got the attention of anyone who could actually do anything about it. 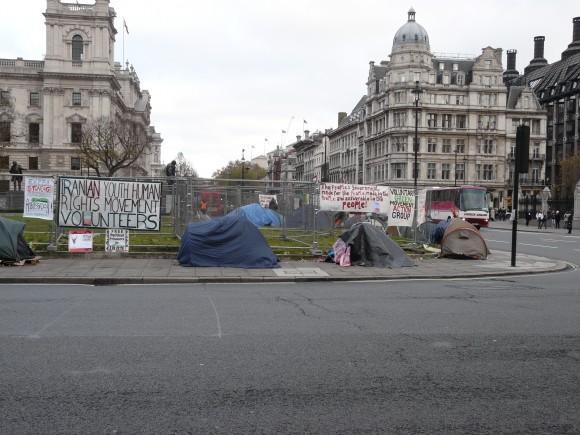 Though I did get plenty of pictures of the nearby tourist attractions I walked over to see, I spent more time looking at the tents and reading the signs than I did admiring Westminster Abbey or Big Ben. I guess that was the point. As emotional and passionate as we get about certain issues in America, like the war in the Middle East and Afghanistan and TSA, I’ve never seen anyone here do anything quite as drastic as the protesters in London that day.

Sometimes it seems like a lot of talk, or a lot of the media blowing things out of proportion, and not much action. I’m not a political person at all, and I don’t know enough about many of the issues out there to get involved in heated political debates. But I wonder if those peaceful protesters in front of my office building had done something more drastic, like camp out in front of the Georgia Capital building, would they have made more of a difference? 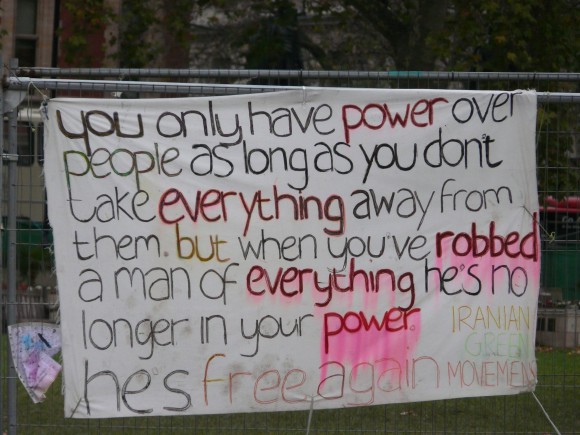 As I boarded my flight to spend 3 days in Prague that evening, snow flurries floated through the air. A day or two later, London got some real snow. I thought about those urban campers and wondered if they stuck it out through the bad weather.

Now, several weeks later, I’m still wondering if they’re sleeping on the sidewalk, hoping to get the attention of the right people and hoping to make a difference. When you’re so committed to something that it leads you to such drastic, and potentially dangerous and unhealthy, measures, at what point do you decide you’ve done all you can? At what point do you pack up your tent and go home to your warm bed? Does anyone in London right now know if those protesters are still out there or how long they stayed?

Sign Up
A Day in London A Love Letter to Prague