Belgium is known for a lot of things, most of which tend to be food. Chocolate, waffles, frites (fries…don’t dare call them French fries!) and beer. I don’t mind drinking beer now and then, but it’s not my drink of choice, so I wasn’t exactly jumping out of my seat when I found out we were scheduled to do a beer tasting in Brussels. But I ended up having a great time, and I actually liked each of the three beers we tried, and so an entire blog post is born. (Plus when one of my readers who comments probably more than anyone else specifically asks for a beer post, before I even left for Brussels, how could I say no?) 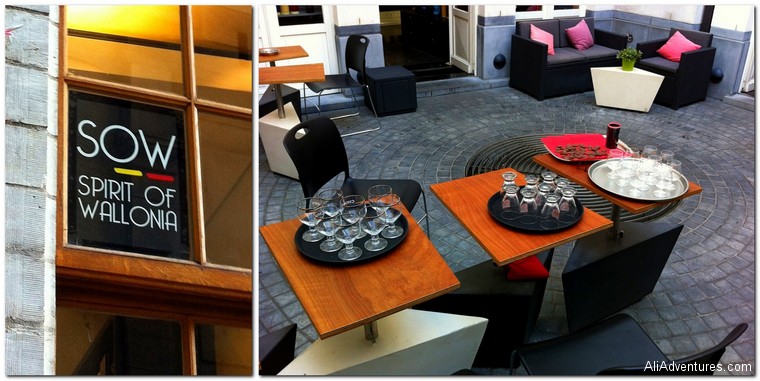 After we walked into the Spirit of Wallonia, we were led to a small courtyard in the back. As things were being set up for our tasting, our host Luc started telling us all about beer and passing around goblets of chocolate disks. Apparently certain chocolates go with certain beers. Any excuse to eat chocolate is fine with me! 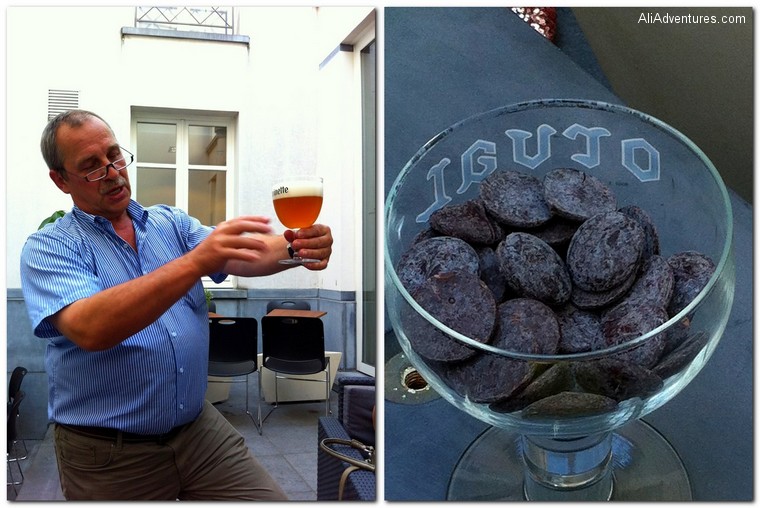 With his sarcastic demeanor and sharp sense of humor, Luc had us laughing the whole time we were learning about beer. We learned that lighter beers are malted at lower temperatures, and darker beers at higher temperatures, and that the foam actually protects the beer from oxygen. And since since Belgium doesn’t have to adhere to the strict rules for beer brewing that Germany does, lots of beers use ingredients such as coriander, orange peel, and other fruits.

He also told us that when it comes to hops, brewers only want the female flowers. Then he went on to explain that for a pils, they want the young, blond, unfertilized female hops because they make for a more bitter beer. “You want the virgins,” he told us. This got a good laugh out of our group. 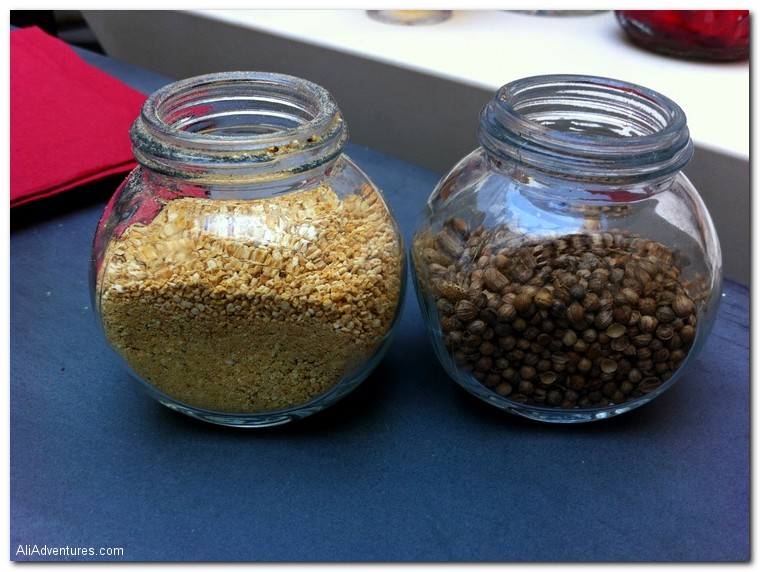 Finally we got to taste the beer while being instructed to swirl the beer around in our mouths and pay attention to certain parts of our tongues. It was interesting, and I actually noticed most of the tastes he was referring to. 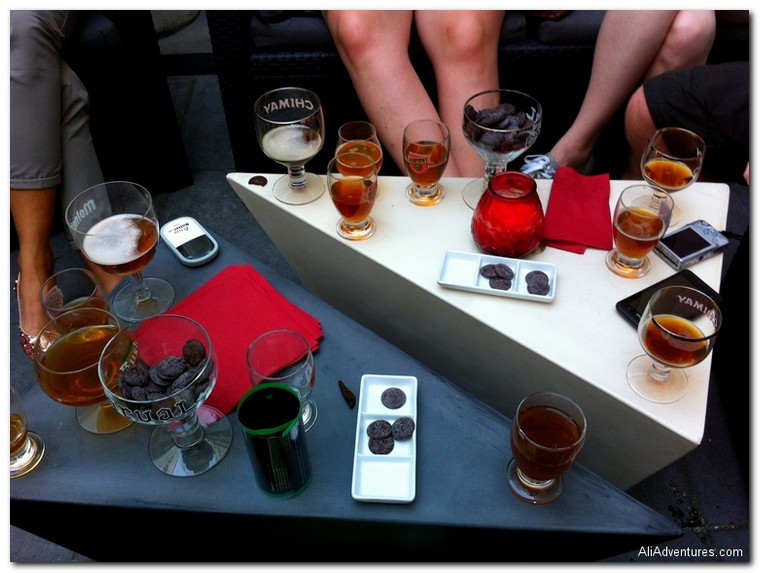 Each of the three beers had a higher alcohol content than your standard beers, so it was probably a good thing we didn’t have three full beers each. So what three beers did we try that evening? Here they are in the order we drank them:

Moinette – 8.5% alcohol. This one tasted good, definitely better than a pils. 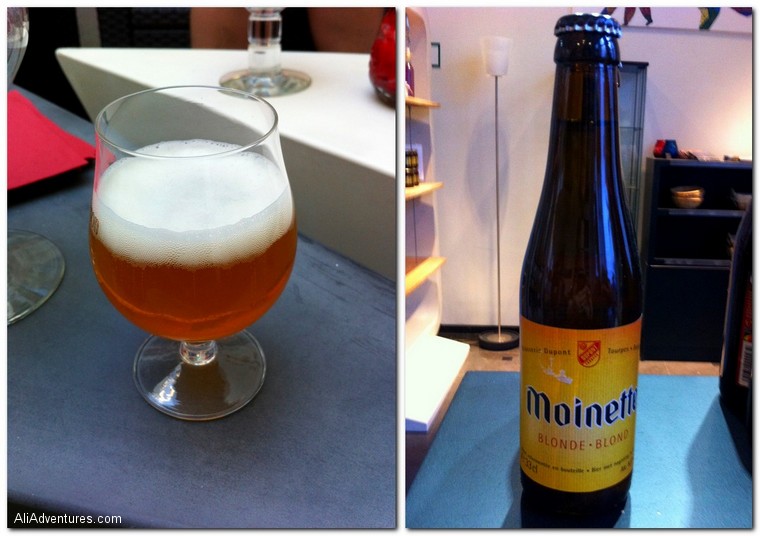 Chimay – 9% alcohol. I surprised myself by liking a darker beer, and it was Andy’s favorite. Interesting fact, this one is made by Trappist monks. 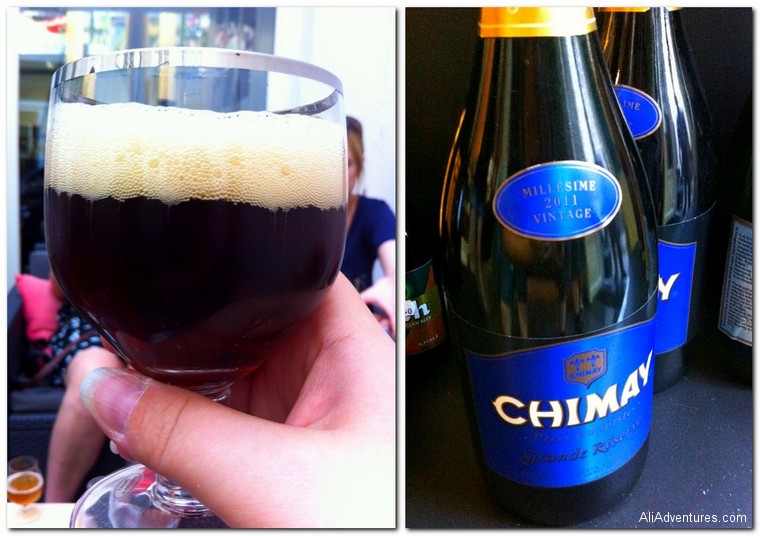 Bush – 12% alcohol. (Ignore the glass it was in.) I thought this one was really good too. For me it’s a tie between this one and the Chimay. Although really, they were all pretty good. 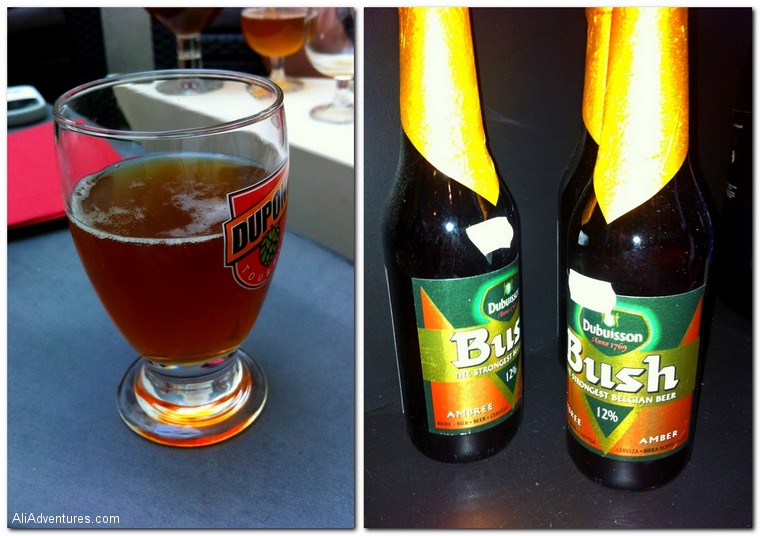 I was pleasantly surprised by this fun evening, and I learned more than I thought I would about beer. And, I’ll admit, I had a bit of a buzz before we even got to dinner that night.

Sign Up
My Top Sunset Photos Brussels Food in Photos