Be Proud of Your Accomplishments

Recently on Twitter, someone called me shallow for “boasting” about having been to all seven continents before my 30th birthday. That it wasn’t about how many, but what you get out of a place. I definitely know and agree that travel is about the experiences, so I was upset that someone was accusing me of being shallow because my Twitter profile states that I’ve been to all seven continents. She was judging me based on that, and assuming that all I cared about were the numbers.

Nothing. There’s absolutely nothing wrong with that.

We’re all allowed to celebrate our achievements

I’m proud of that accomplishment for several reasons. Sure, I think it’s pretty awesome that I’ve done something most people haven’t. But it’s deeper than that.

When I went to Greece shortly after my 28th birthday, I was afraid to travel alone. I hadn’t left the US in years because I didn’t have anyone to travel with. That first solo trip propelled me into so many experiences I never could’ve imagined.

So to step foot on my seventh continent, Australia, less than two years later was pretty amazing to me. I was overcoming a fear and following my passion to travel. 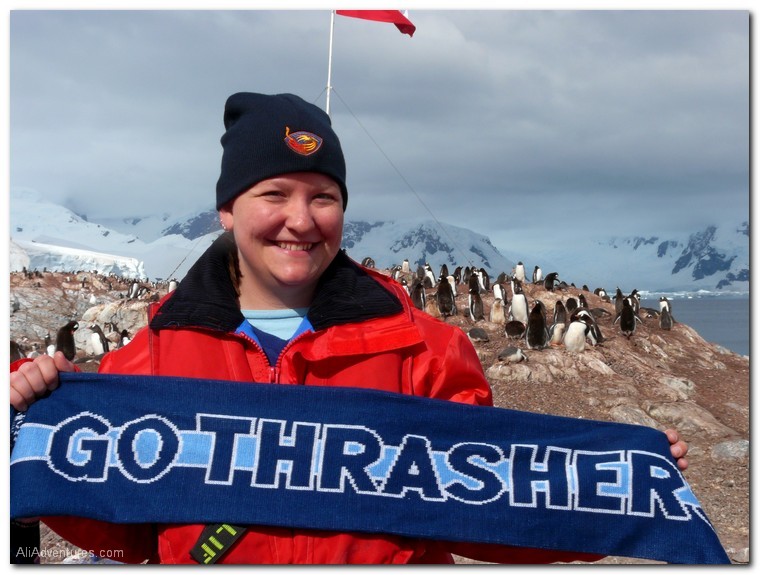 And sure, I like the numbers aspect of travel sometimes. I count how many countries I’ve been to, but really just for myself. It would bug me not to know how many I’ve been to, but I don’t think I’m better than those who have been to fewer countries. Some of the countries I count aren’t technically countries (French Polynesia, Gibraltar, Antarctica) and some I probably shouldn’t count as having been there because the visit was so brief (Macau, Mexico, Gibraltar). But it’s fun for me.

Set goals and go after them

I don’t have any ambitions to visit every single country on the planet, but there are some people who are aiming for that, and some who have accomplished it. It’s an amazing challenge, and definitely something to be proud of.

Some people aim to visit every World Heritage site. Or every state in the US. Or every country in Africa. Everyone has their own goals and challenges they want to tackle, and it doesn’t matter if it’s a numbers-based goal.

I’d like to visit every country in Europe some day. It’s such a diverse continent with so many different cultures I’d like to explore, and living in Germany makes it a little easier to get to some of them. While this is a numbers-based goal, I’m looking forward to the experiences I will have in each place. And I’ve gathered countless experiences from the ones I’ve visited already.

I am good enough

I’m not often proud enough of my accomplishments. Sometimes think I’m not good enough, I often worry too much about what other people think about me, and I compare myself to others too much.

But seriously, why? Why do I do that?

All of those accomplishments are reminders that I AM good enough. That I shouldn’t compare myself to other people or worry about what they think of me. That I have my own talents and things that make me unique.

Whether your goal is to run a marathon on every continent, to visit every Spanish-speaking country, or to speak fluent Japanese, find a way to do it, work towards accomplishing that goal, and have fun along the way. If your goal is to visit every country that starts with the letter B, go for it. If it’s important to you or it just seems like a lot of fun, that’s all that matters. It doesn’t matter what someone else thinks about your goal.

You don’t have to fit into anyone’s idea of what’s worthwhile except your own. Don’t let anyone tell you you can’t be excited about something you’ve achieved. Be proud of your accomplishments and celebrate your successes.