A Typical Day on the Road

Despite what most people think when I mention that Andy and I were in Southeast Asia for seven weeks, we were not on vacation. We kept calling it a working trip because our main goals were to write and work on other projects while enjoying some warm weather instead of the cold German winter. Sure, we went on a couple of day tours, did a little sightseeing and hopped in the pool a few times. But overall we tried to be productive. So what’s it like to work while traveling?

Our best routine and workspace was while we were on Koh Phangan, Thailand, so I’ll use that as an example.

Most days we woke up around 8:00 or 8:30. We never set an alarm unless we had to be up for a tour or early transportation, but the sun and any outside noises (roosters, motorbikes, people) almost never allowed us to sleep much later than this.

Once we were fully awake and dressed, we’d go find breakfast. On Koh Phangan, we spent seven out of nine nights in a guesthouse that did not include breakfast, so we rotated between their restaurant and a few others. 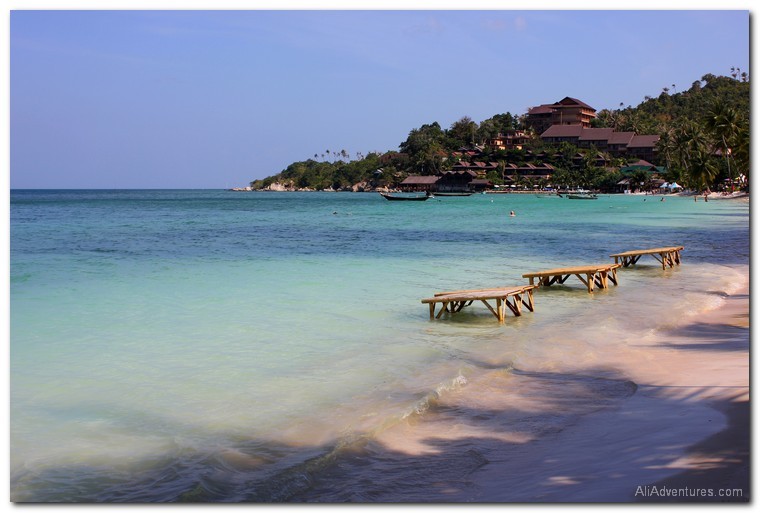 By about 9:30, we were walking back to our room. Andy would go out to the 7eleven to buy us two Cokes while I pulled our laptops out to the porch. I loved that our room had a porch with a small table and two chairs there. It was so much better than sitting on the bed or dealing with all the distractions at a cafe. (Though somehow I forgot to take a picture of that porch.)

This was our work time. I wrote blog posts and freelance articles, while Andy worked on his first novella (which is now finished and you can buy here!) and searched for contracts. Occasionally the guy who ran the guesthouse would walk by, his cute little daughter trailing behind him, or some other employee would drive up on a motorbike. 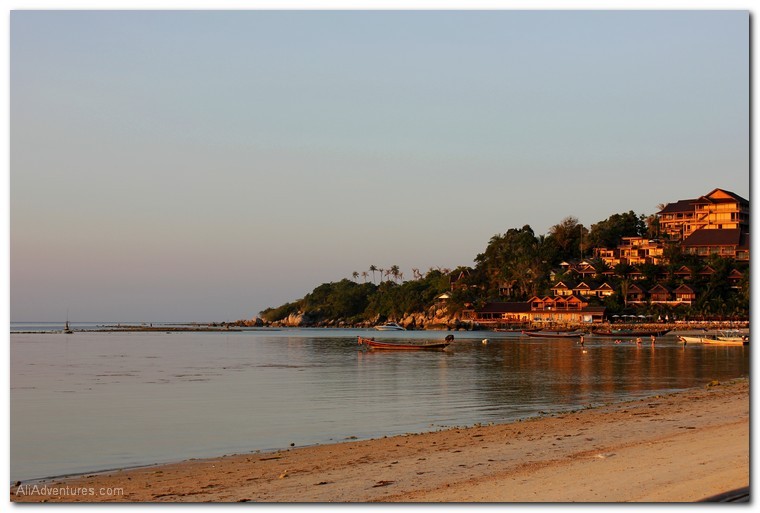 Any time between 12:30 and 2:00 we would force ourselves to stop typing and go to lunch. Like with breakfast, we would try different restaurants along the beach, and even a couple out on the road. Then back to our laptops for a few more hours.

Every couple of days we would stop working around 4:00 or so in the afternoon and put on our bathing suits. We tried swimming in the ocean once but rejected it quickly due to the amount of shells and coral we had to walk through the moment we entered the water. So instead we hopped into the pool at our guesthouse for about an hour. 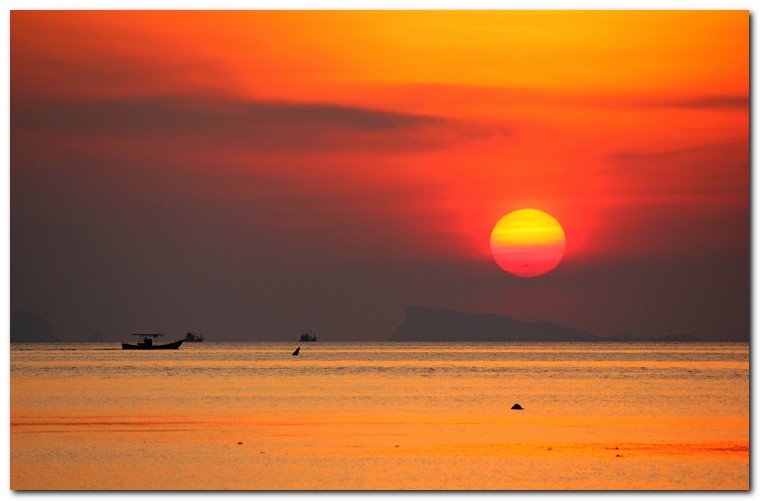 After pool time, we would each take a shower and do a little more work. Every couple of days I’d go out to the beach around 6:00 to watch the sunset and take pictures.

Around 7:00 or 8:00 we left for dinner. Usually it was Thai food at one of the guesthouse restaurants on the beach, but a couple of times we went to Crave, a burger place across the street run by Canadian expat sisters. Living in Germany, we can’t often find good burgers, so this was a wonderful surprise. It helped that the restaurant was really laid back and was open all the way around so it was sort of like a big second floor porch, with cushy seats and old games like Connect 4. They also had homemade chocolate chip cookie ice cream sandwiches that are reason enough for me to go back to Koh Phangan. 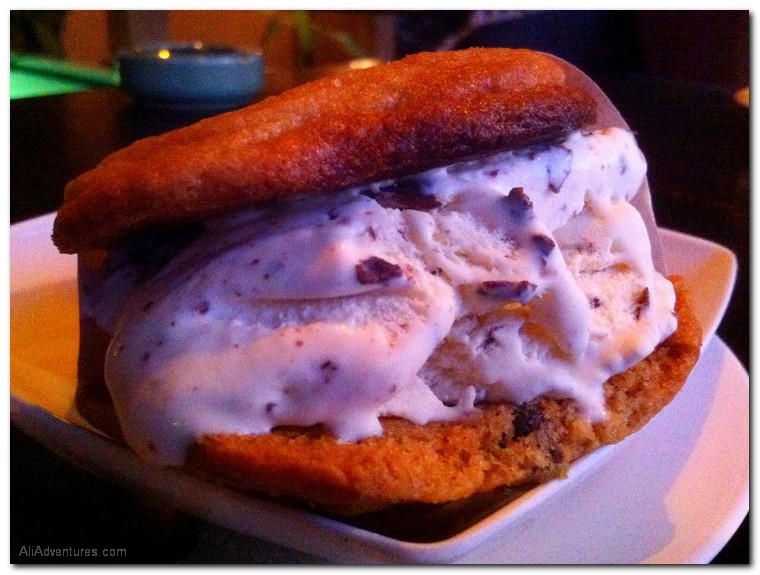 After dinner we would go back to our room. If it was still early we might do a little more work, but if it was late we’d usually just watch a couple episodes of the Big Bang Theory or Modern Family before going to bed around midnight.

The routine changed a little when we were in other locations, but in general this is what it was like to work while traveling. We planned around things we wanted to do so we could actually enjoy our location without worrying about any deadlines we had. Not super exciting, but this was the reality of our trip. Yes, it was wonderful to be in the sunny warm weather instead of cold and cloudy Germany, but we made sure to keep up with our work routine while we were on the road.