I remember watching a movie about Anne Frank based on her diary when I was a kid. I’m not sure how much I understood or knew about World War II at that time, but the story of a girl and her family hiding out in an apartment from the Nazis stuck with me. When Andy and I started planning our time in Amsterdam, Anne Frank House was one place I knew I had to visit.

Not a typical museum 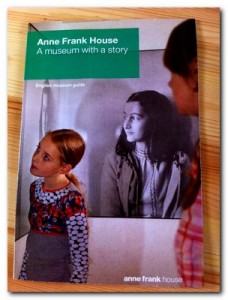 The museum is tucked down a side street, opposite one of Amsterdam’s many canals. If it weren’t for the big glass doors and the line that snakes around the corner, I might have missed it. This isn’t a typical museum. This is a former store where eight people lived in close quarters for about two years.

I walked through the museum, which starts in what was the store. The arrows continue through a few rooms until they reach the area that was the secret hiding place for the Frank family and a few other people they knew.

I stopped to read everything posted on the walls and to watch every video shown throughout the museum. I tried to imagine what it must have been like to hide in this place, unable to leave, unable to even walk around during the day, but I just couldn’t. There’s no way to really imagine something like that, to really put yourself in their shoes.

Throughout the museum, there were various quotes from Anne’s diary written on the walls. Some could have been from a typical teenager’s diary, but others were more directly about her specific situation.

I long to ride a bike, dance, whistle, look at the world, feel young and know that I’m free.

It just broke my heart to read things like that. I tried to imagine myself at her age, trapped in a darkened apartment, always wondering if I’d be discovered, just wanting to go outside and be a normal kid. I tried, but I couldn’t possibly relate to what she went through.

The videos in the museum mostly showed interviews with people who had known Anne – classmates from before they went into hiding, a friend who ended up at a different section of the same concentration camp, even her father who was the only one of their family to survive the concentration camps. Their stories brought tears to my eyes and made me laugh from one second to the next.

When Anne’s father read her diary after her death, he pushed to get it published just a few years later. There were so many families hiding from the Nazi’s during this time period, and he knew how important it was to share her story with the world. He spent the rest of his life fighting for human rights.

I don’t normally like museums, but this one is well worth a visit. It was an emotional experience to imagine a time in history when people were punished, tortured and killed simply because they were Jewish. Having to hide your family in a tiny space for two years, only to be captured and sent to concentration camps anyway is a heavy thing to try to relate to. Sometimes while traveling it’s important to learn about the ugly pieces of history, and this is certainly one of them. 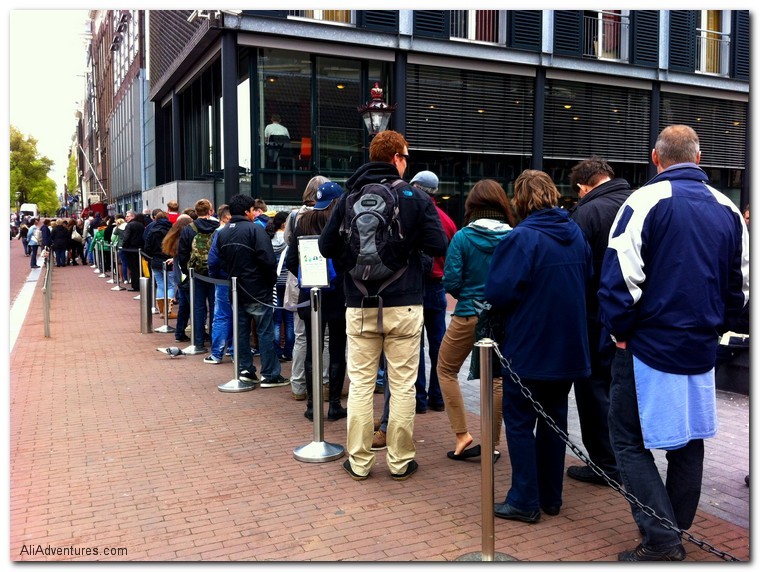 The museum opens most days at 9am, see here for full opening and closing times and directions. Tickets are 9€ for adults at time of writing. The museum is located near the Westermarkt tram stop, and the stop announcement on the tram says that it’s the stop for Anne Frank House, so it’s hard to miss.

The line to get in can get quite long. I highly suggest buying tickets online a few days to a week ahead of time. It’s an extra 0.50€ but it allows you to skip the line.

My visit took about an hour. No photos allowed inside the museum.