How Much Money I Make Online: Income Report June 2017

I know I’ve been writing these blogging income reports for several months now, but it’s really only just starting to sink in that I earn enough from blogging to live off of. For a long time, one of my goals was to earn more than I did at my first job out of college, and I’m finally there. In fact, I’ve earned as much in 2017 (so 6 months) as I did all of 2016, from all my different income streams. And now almost all my money comes from my own sites.

April was a low month, and that money got paid in June. But since I can see how everything is doing in real time, even though I don’t get paid for most of it until two months later, I’m not concerned. Looking back, April does tend to be a low month for me, so this isn’t unusual. Here’s a look at how much I earned from blogging in June.

How much I earned from blogging: June 2017 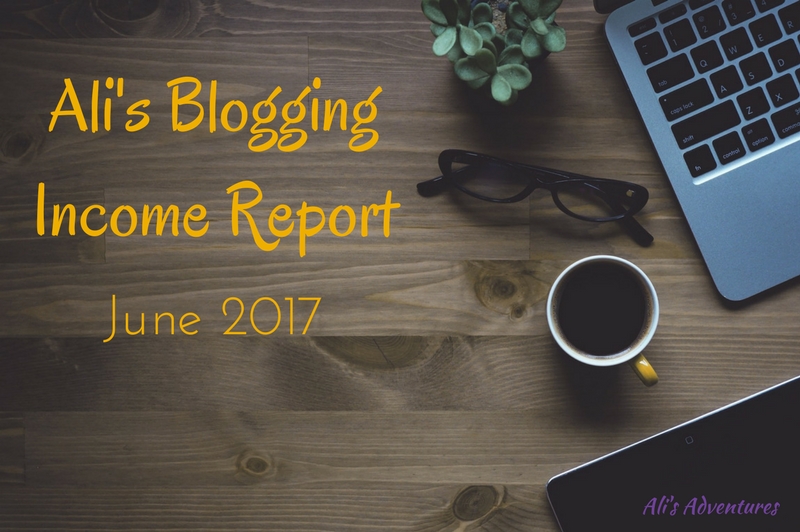 As a reminder, I’m reporting my income in the month that I was paid, not the month I technically earned the money. And these numbers do NOT include money I earn outside of my own websites. I also do VA (virtual assistant) work for other websites, and I occasionally write freelance articles.

>>Want to make more money from your blog? You can! See why I love making money from affiliate marketing.

AdThrive was holding steady in April for payment in June. My traffic was actually down in April, but I got a better RPM (revenue per thousand pageviews), so the end result was nearly the same as the previous month. But I really can’t wait to show you how things improved in the following months!

I mentioned previously that the Amazon CPM ads took a dip but I didn’t have the energy to look into it since it’s such a small part of my income. Well, I finally did check it out, and it turns out something went wonky with the code.

You have to set up the Amazon CPM ads to pass back to Google Adsense if Amazon doesn’t have an ad that pays high enough at that moment. The Amazon ad wasn’t working anymore, so the passback wasn’t working, so not only was I taking a hit from Amazon, but my highest performing Adsense ad was earning zero for about a month. Again, this isn’t a huge amount of money, but I ditched the Amazon ad in that spot and put back the code for the Adsense ad.

As for my ebook, I finally decided my heart wasn’t in it enough to even keep the links on the site. It was an interesting experiment, but it’s been dying a slow death for quite some time now. Last year I reviewed another blogger’s packing book, and it blows mine away, so I decided to promote that in my packing posts instead.

Notes about my blogging expenses

You may have noticed the enormous amount I paid for web hosting last month, and I want to explain.

Andy and I got up one Saturday morning in May and puttered about as we normally do on the weekend. After awhile, Andy checked his email and saw a message from HostGator that there was a problem with Travel Made Simple. A lot of technical gibberish ensued, but the most important things were 1) my site was down for about 10 hours, and 2) basically the site is getting too much traffic for the basic plan it was on.

That basic plan works fine for this site and Andy’s sites, and we’ve always had great experience with HostGator’s customer service, so I have no problem leaving those where they are. But clearly it was time to invest more into Travel Made Simple, since it is my money maker.

Performance Foundry came highly recommended by several other bloggers. They’re a managed WordPress hosting company, which means they only work with sites that are on WordPress, they really know their stuff, and they’re much more hands-on.

I took the plunge and switched my site to their service at the beginning of June. Even though it’s been a little weird having someone else doing things Andy would normally do, it was definitely the right decision. In the short time I’ve been with them, they’ve improved my site speed, among other things, which translates into a better experience for my readers. It also means more pageviews and more traffic coming to the site, which means more ad money and affiliate commissions.

Last month I mentioned that I wasn’t doing a good job of balancing my time. It’s probably something I’ll always struggle with because that’s just who I am, but I’m working on it. I feel like I’ve been treating my blog like a business for quite some time now, but it wasn’t earning me enough to feel like full-time income until recently.

Now I know that if I want it to keep growing, I have to spend more time (and sometimes more money) on my sites. So as much as I enjoy my VA work, I’m cutting back on some of it. I’m also reminding myself that spending the entire day fixing affiliate links and photos, improving and updating posts, scheduling pins on Pinterest, and learning new things about blogging is all work. And it’s important!

June was a blog-heavy month for us, but we did manage a somewhat spontaneous weekend away to Leipzig for my birthday. And as you read this post, I’m in Bosnia exploring a new country and visiting my friend Gigi.

Andy and I are also starting to plan a trip for late summer, but so far all we’ve booked is train and bus tickets to Ljubliana, Slovenia and one hotel. We’re pretty sure we’ll be spending about a week in Slovenia and a week in Croatia, but the end date isn’t definite. Plus we’ve been throwing around the idea of extending the trip a bit longer and going to one or two other places. 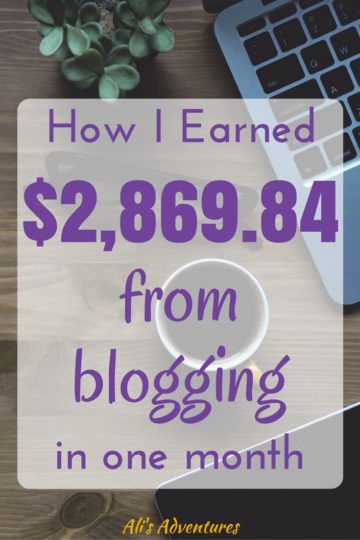 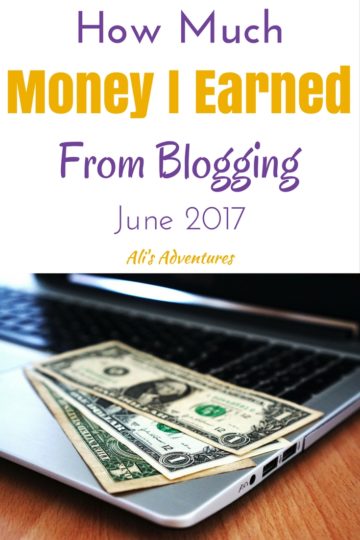