How Much I Spent Traveling in Amsterdam

My most recent trip to Amsterdam was not necessarily packed with tourist activities. I went to spend the week with my friend Gigi. I was supposed to see her in Slovenia in July, but since I had to cancel, I jumped at the opportunity to see her a few months later. I spent 8 nights in Amsterdam, but know that your spending might look a bit different if you take full advantage of being in the city to see the sights. Here’s how much I spent traveling in Amsterdam for one week. 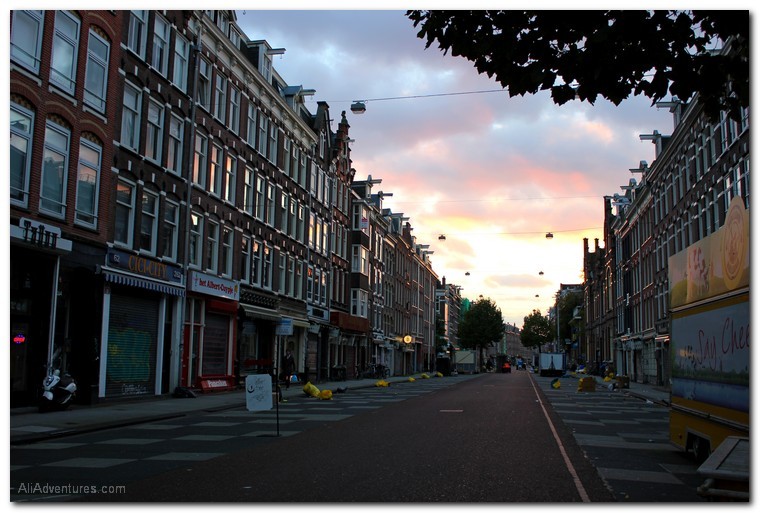 Gigi and I split the cost of an apartment through Airbnb. It was a nice one bedroom place, and the owner was able to bring in a folding bed so we didn’t have to sleep in the same bed. It was in a pleasant neighborhood, the apartment overlooked the water, and the 10 minute walk to the bus stop took us past dozens of boats. But it wasn’t centrally located. 407.04€ was just my half of 8 nights, so that gives you an idea of how expensive Amsterdam can be. This averages out to 50.88€ per night for my half. 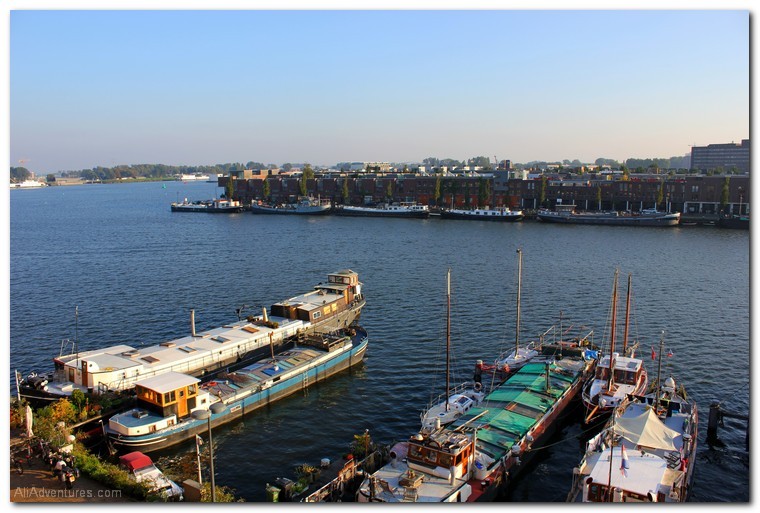 I bought a 7 day transport pass for 32€, which is a pretty good deal. A single ticket is 2.90€, so the 12th time you use public transportation during the week, the 7 day pass has paid for itself. I did have to buy one single ticket to get to the train station on my last day since my 7 day pass had expired. I also bought round trip train tickets for 7.20€ to go see the windmills. This total also includes my round trip train tickets between Berlin and Amsterdam, which cost 82.50€. 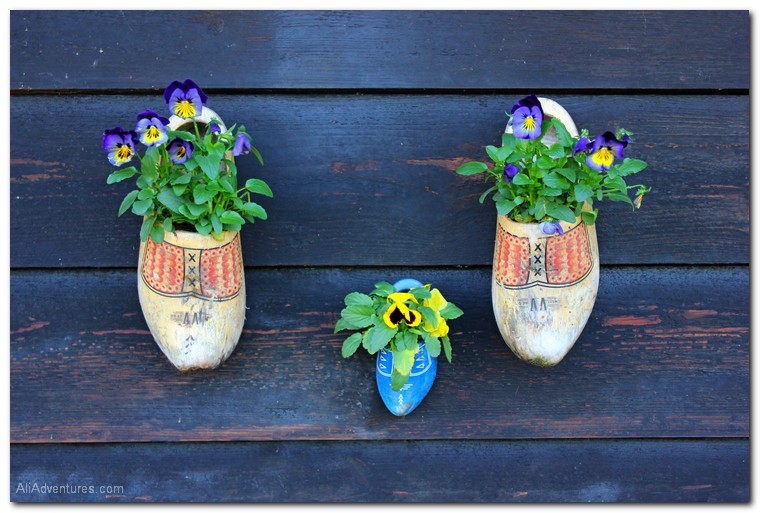 One of the advantages of staying in an apartment rental is the ability to cook. Since Gigi and I were both working during this week, we ate in for several meals, though we did eat out a few times too. Eating out in Amsterdam is a little expensive, at least compared to Berlin, but not unreasonable. This category averages out to 16.03€ per day. It would’ve been a lot higher if I ate out for every meal. 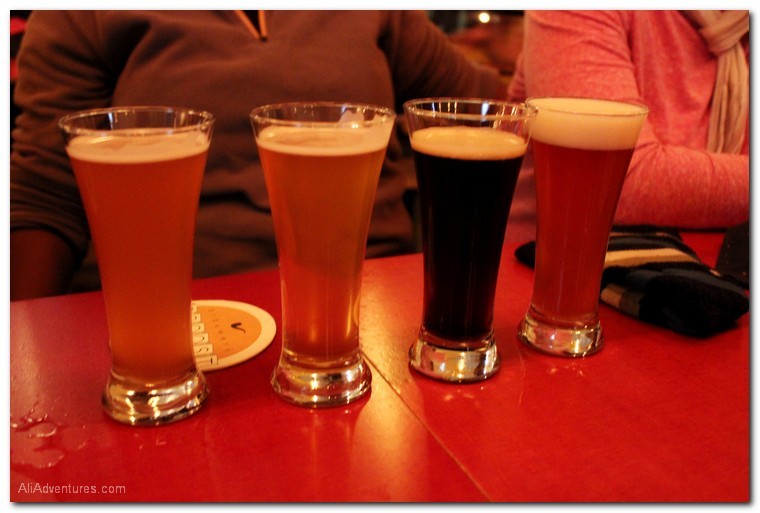 Cost of activities in Amsterdam: 4€

This was an entrance fee for one windmill. Perhaps a bit much to climb a ladder to the viewing tower, but it did have nice views from up there. I also took a food tour, which was provided for free by the tour company. I really love food tours and would have paid for this one. The cost would have been 85€. I considered some other day trips from Amsterdam, but it just didn’t happen this time around.

See how much Gigi spent in Amsterdam during her two week stay. 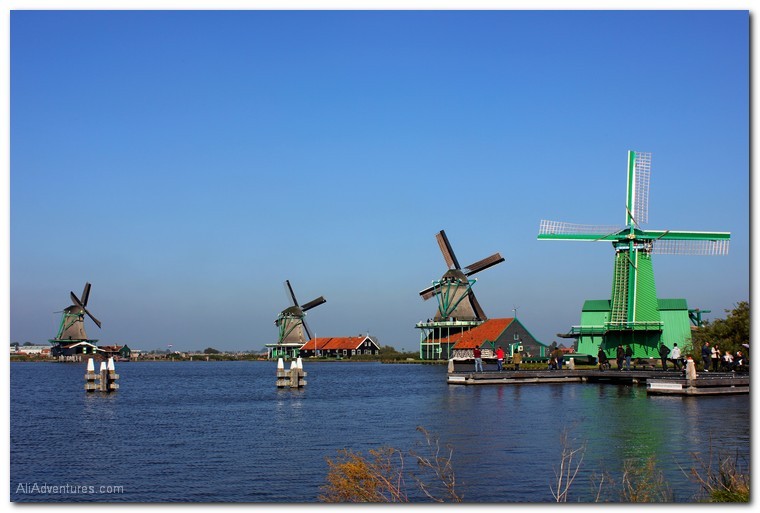 Amsterdam is a wonderful city. There’s just something about it I really love, and it’s one of the few cities I like to go back to time and time again. It’s not the cheapest city in Europe, but it’s not the most expensive either. I spent an average of 82.99€, or $91.44, per day for 8 days traveling in Amsterdam. And the main reason that average is so low is that I was able to split the cost of the apartment rental with Gigi. 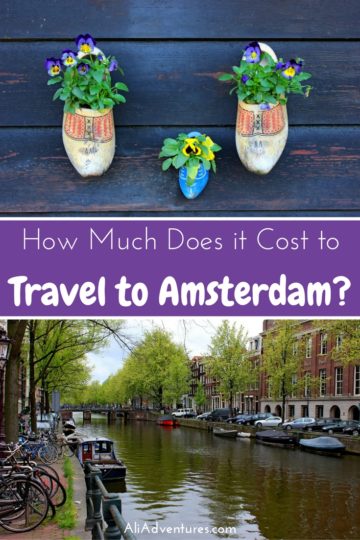 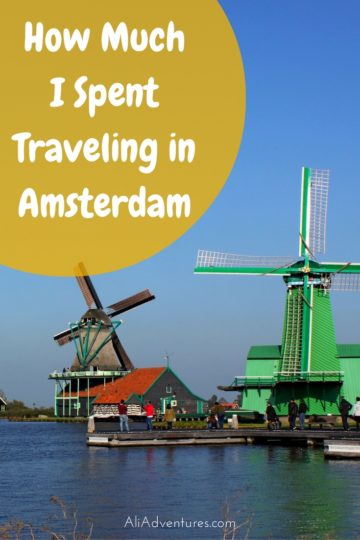