Berlin has a large Turkish population and a large number of Turkish restaurants. But many of them are fast food style döner kebab places. Which are great for a late night post-drinking snack, but not exactly the highest quality or most authentic Turkish food out there. So I held out a little longer to find a place for my Berlin international restaurant project.

We had heard good things about Osmans Töchter, a modern Turkish restaurant in the Prenzlauer Berg neighborhood, so Andy and I decided to check it out. Turns out it’s a popular place, and reservations definitely seemed vital. When we got there, it was a bit loud and every table was occupied. We were seated at the end of a long table with a few other groups.

The restaurant serves small portions, sort of tapas style, which makes it nice for trying a few different things. Unfortunately the prices seemed pretty steep considering the portion sizes. It was good food, but way more money than we normally like to spend.

I ordered shrimp wrapped in air-dried beef (similar to pastrami), and even though the menu specified that it would be just two shrimp on a skewer, I was still a bit disappointed in the price to portion ratio. I also ordered a salad that came with feta cheese on it. After I was done with these two dishes, I decided it wasn’t nearly enough food, so I ordered a Turkish cheese with caramelized onions and sliced almonds. (I had several lactase pills that night.) 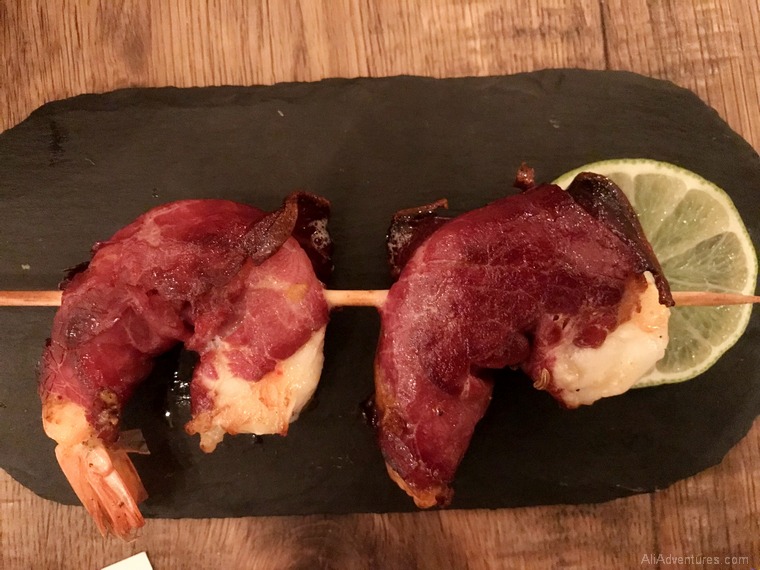 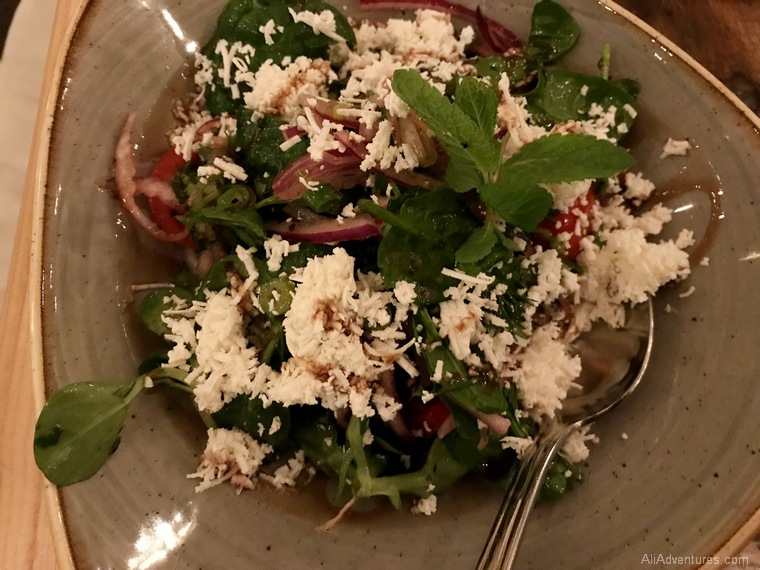 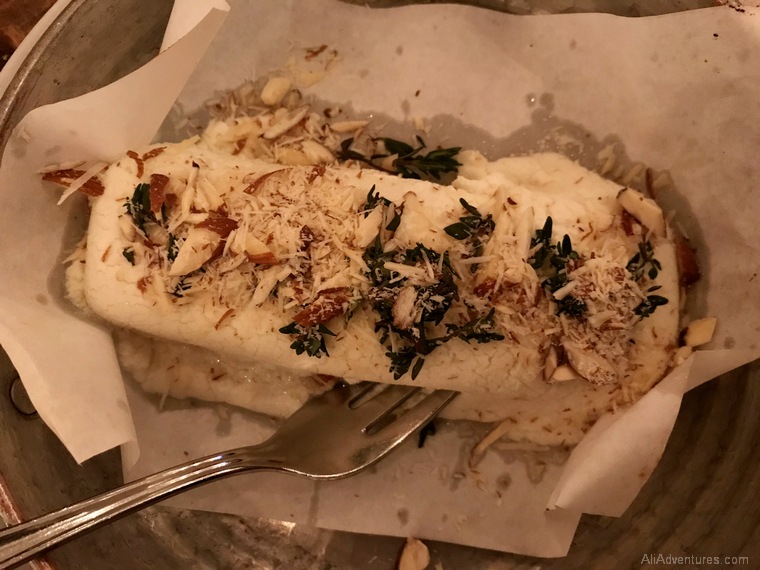 Andy ordered rolls with cheese and air-dried beef inside. For dessert, got quince with cinnamon and some kind of sweet cheese and crushed pistachios. His food was good too, but he ate the entire bread basket to make up for his small order. 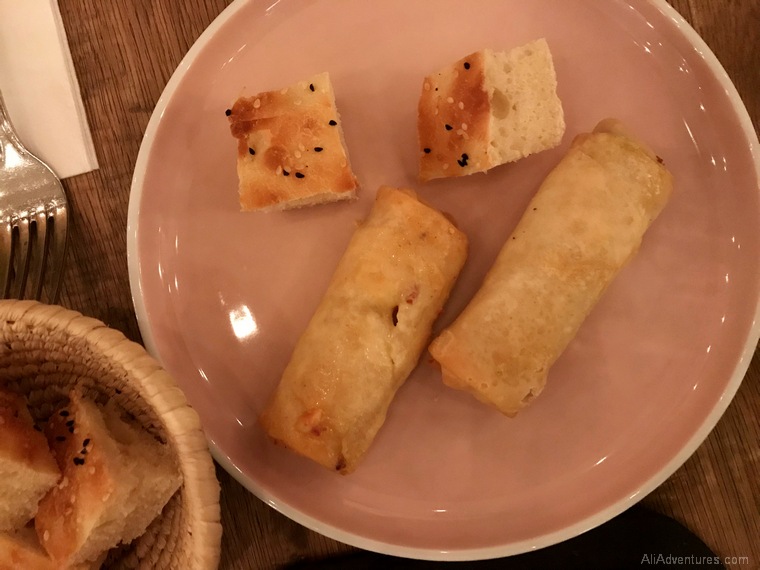 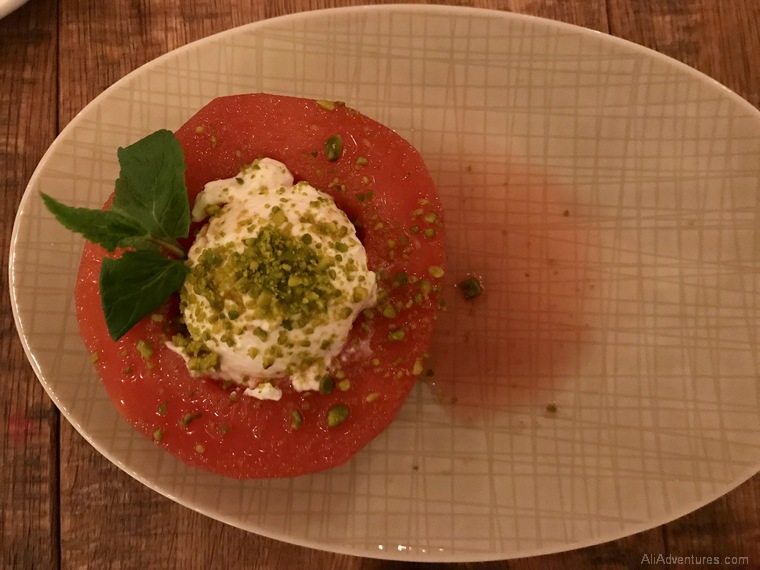 Everything we ate was really tasty…just too expensive. I would probably only recommend this place if you’re going out for a special occasion and you’re willing to splurge a bit.

The restaurant meetup group we belong to announced they were going to an Indonesian restaurant we had already been planning on checking out, so we decided to go with them. Nusantara is located in the Moabit neighborhood, which is a little far from where we live but still fairly central.

I ordered satay, and Andy ordered a chicken noodle soup with meatballs. My satay was good, and Andy enjoyed his soup, though he wasn’t crazy about the meatballs. It wasn’t a fancy place by any means, but the staff were friendly, if a bit slow. 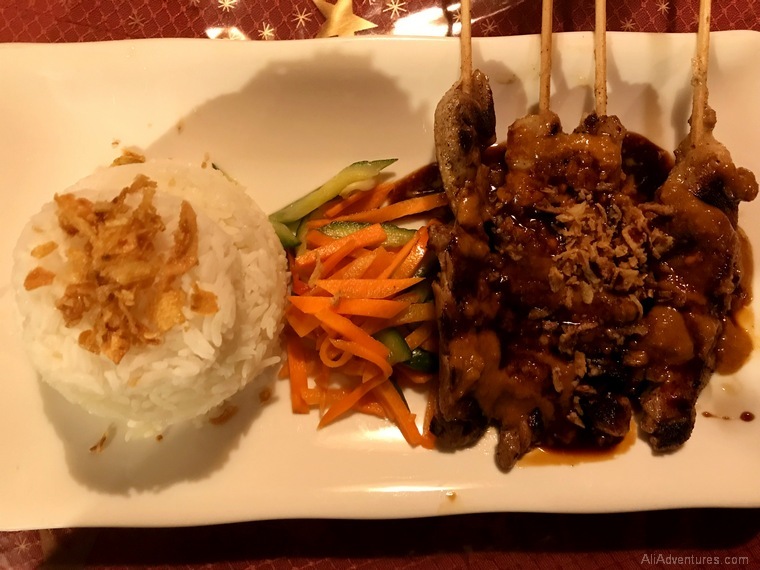 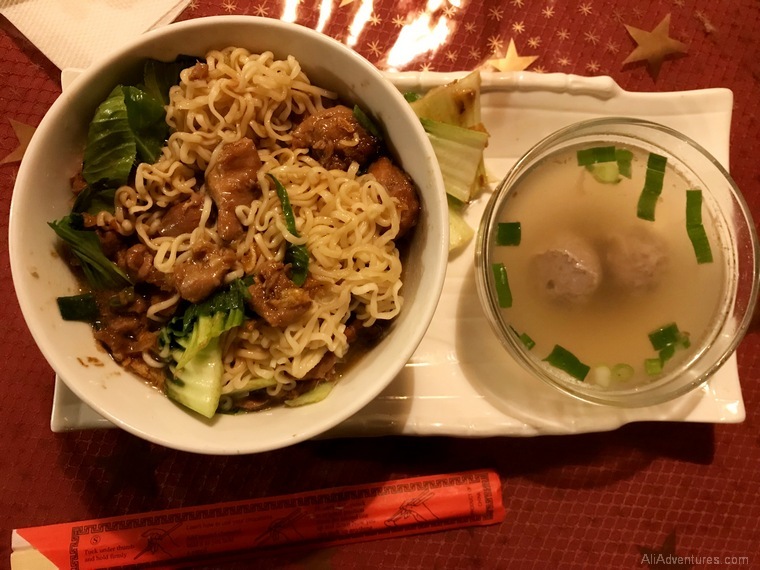 I’ve heard this is one of the most authentic Indonesian restaurants in Berlin, so it’s a good choice if that’s what you’re looking for. If we happened to be in the area, I wouldn’t mind going back for a meal, but I didn’t think it was good enough to spend almost an hour on transport from where we live.