It seems I’ve fallen a little behind on writing about my Berlin International Restaurant Project. So now I’m trying to catch up on all the ones I’ve been to since I wrote about Turkey and Indonesia. The three I’m telling you about today were all street food of some variety, not traditional restaurants.

Canada Day is celebrated on July 1st, which normally isn’t something I’d go out to celebrate, since I’m not Canadian. But a craft beer bar we like, called The Muted Horn, was having a celebration that included Canadian craft beers, a few other Canadian drinks, and some tasty snacks. They have a nice outdoor section, so we were able to enjoy the warm weather with a few friends.

There is actually a Canadian poutine street food place called The Poutine Kitchen, which is located in an indoor market in Berlin. And they had set up shop at The Muted Horn for the day to celebrate the holiday with poutine.

I had never eaten poutine before, but I certainly heard of it. I’m not sure what I was expecting, but the cheese curds were not my thing. It was an odd texture. But the gravy was better than I expected. I also had a Canadian cider, and Andy tried a couple of Canadian beers. 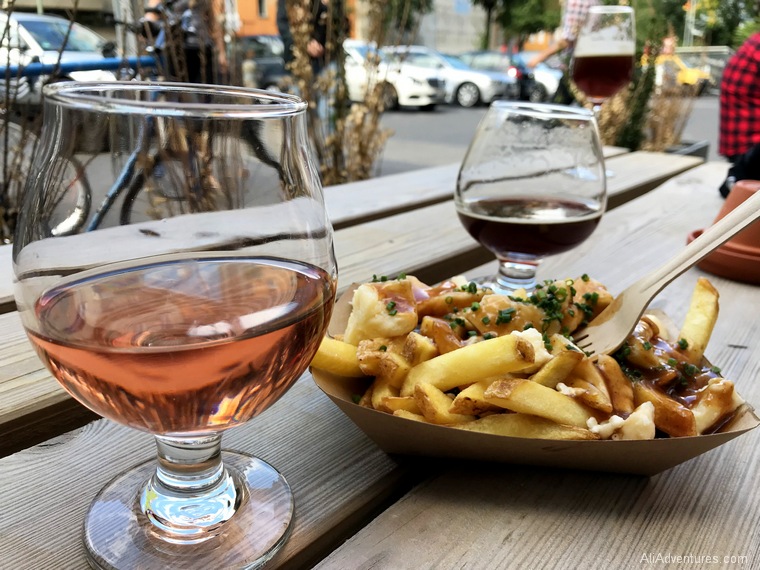 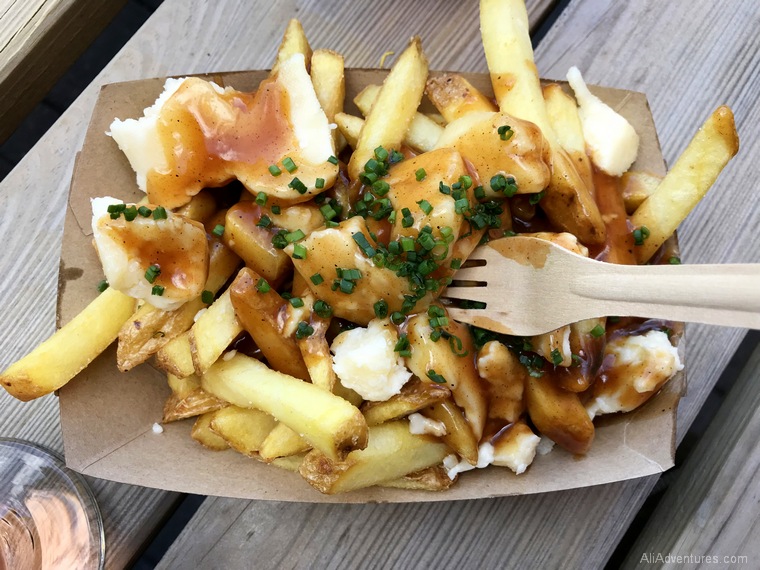 I also tried a Caesar cocktail, which is similar to a Bloody Mary. The difference is it’s made with Clamato juice, which is tomato juice mixed with clam broth/juice. It sounds disgusting, but it really didn’t taste much different from a Bloody Mary, and I quite enjoyed it. 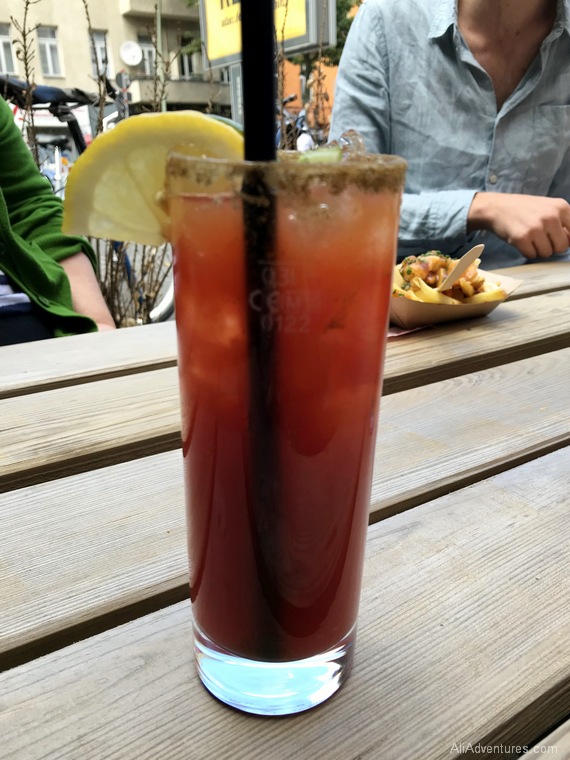 Germany has taken in well over a million refugees in the past few years, most of whom are from Syria. They come from all walks of life, with all different skills and educational backgrounds, so as they start finding their way in German society, some have opened restaurants. We saw a stall at one of our favorite street food markets run by a Syrian man, so we stopped to talk to him. He mainly runs a catering business but also sometimes comes to this market.

Middle Eastern food in Berlin tends to be very similar from one place to the next. Hummus. Falafel. Halloumi. No matter what country the restaurant claims to represent, most have almost identical menus. It makes me feel like they’re watering down their country’s cuisine into the 4 or 5 dishes people expect to see while ignoring the food that makes that country different from its neighbor.

The Syrian stall at the market was, luckily, different. He had vegan and non-vegan options, and Andy and I tried these things called kibbeh. It was basically chickpea dough filled with meat and fried, and it came with some dipping sauce. Not my favorite dish, but interesting and at least different from what I normally see. 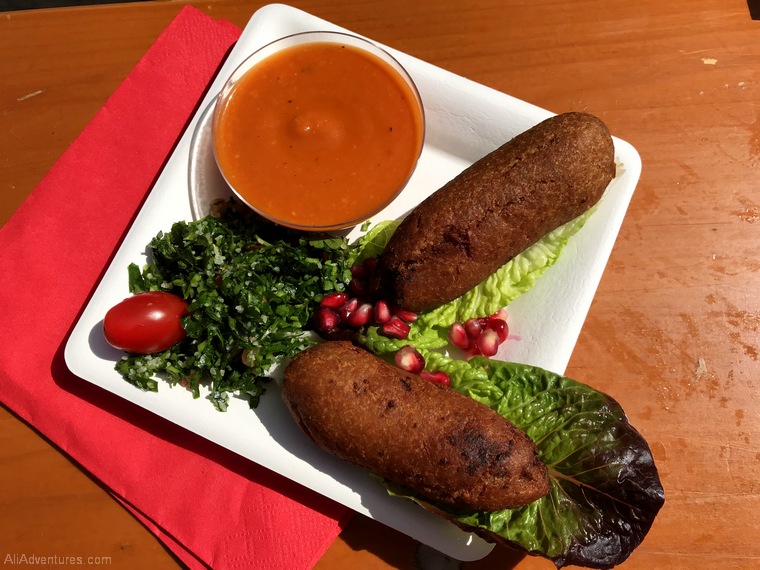 I haven’t looked too hard yet, but I imagine I’m not going to find too many African nations represented by restaurants in Berlin. I know of a few I haven’t been to yet, but it’s a huge continent with 54 countries. I’m not holding out hopes of finding a restaurant for each one of those. So I was surprised to see a Cameroonian stall at the same market where we saw the Syrian one. 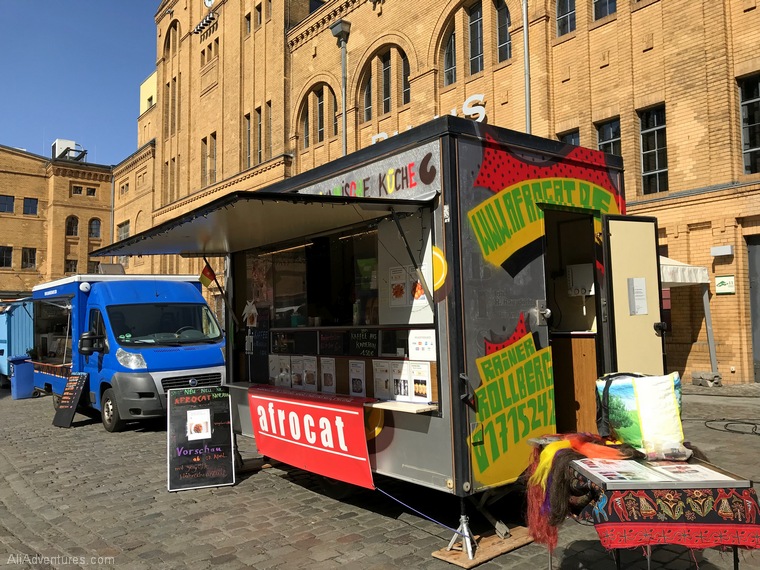 Andy and I each ordered chicken, along with some fried plantains to split. I got a vegetable and potato ragout, and Andy ordered couscous with peanut sauce. It was all really tasty. The food was simple but flavorful, and I especially liked the powerful spicy sauce they gave us. 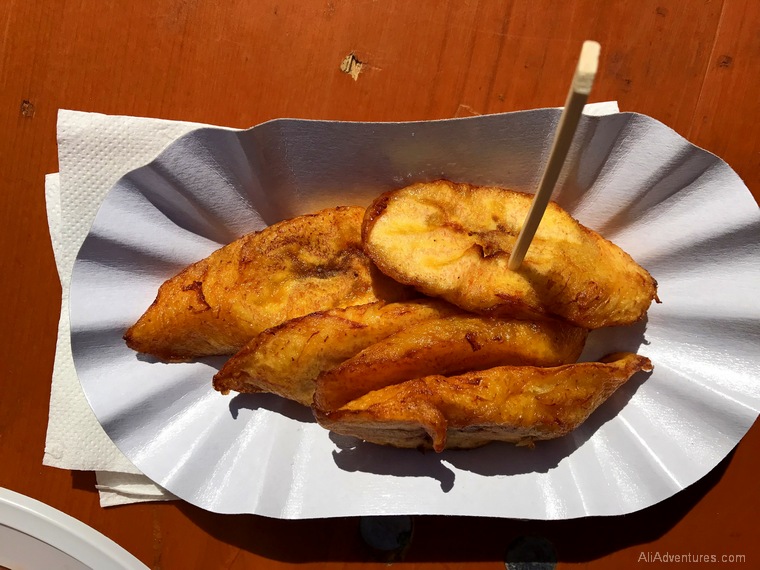 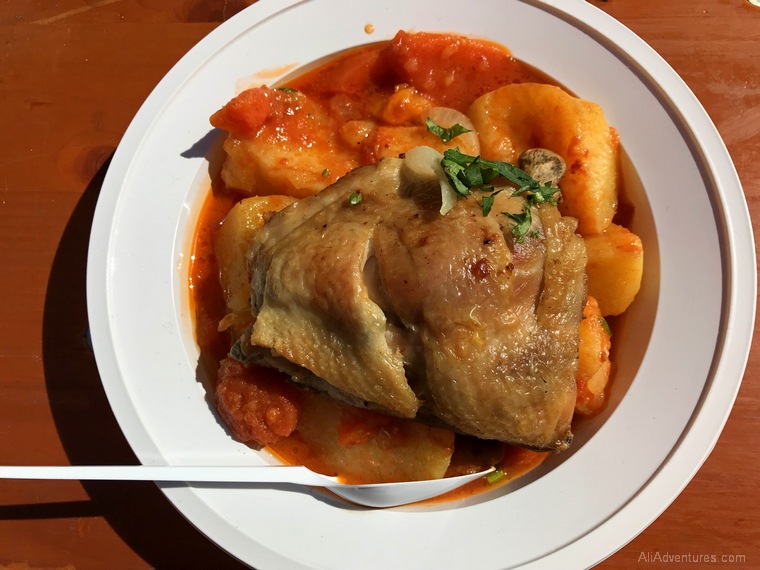 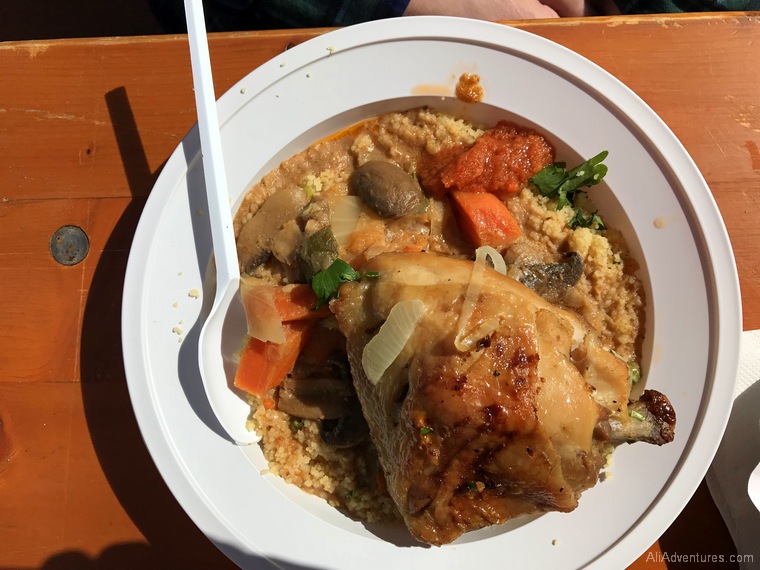 Sign Up
How Much We Spent Traveling in Hong Kong and Macau Berlin International Restaurant Project: Ireland, Netherlands, Japan